This one's on me 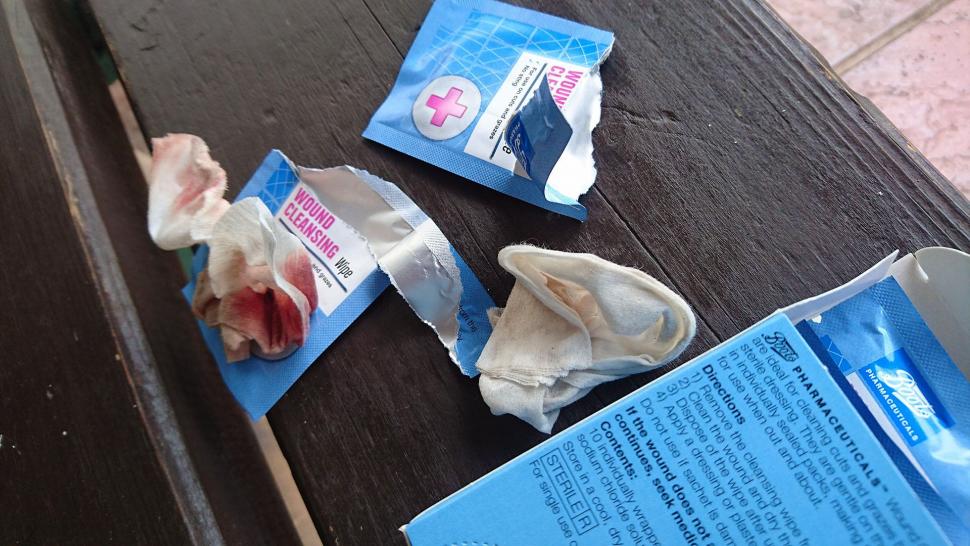 Crash wipes
Sometimes people knock you off your bike. Sometimes the fault is closer to home

So I got hit by a car when I didn't need to get hit by one and now I'm writing this with a big ice pack wrapped around my wrist. It hurts more because I know I could have avoided it.

Scenario: I'm on my way back to Bath from the Exmouth Exodus recce ride. It's 100 miles to Exmouth and now I'm well past that. Strava has provided me with a route home but I've been dumped on a big, fast bit of road I don't want to be on, and I can't work out why Strava thought I would. Then I see there's a big, fast segregated cycle path. I want to be on that.

There's a slip road, and the path crosses it. So up the slip road I go, and turn left onto the path. Or I would have done, had a car not been passing me at that exact moment. I do a swear and then I'm on my arse in the middle of the road with some holes in me and a wrist that feels a bit sub-optimal.

This one's on me. It was a poor move. The slip road was plenty wide enough for a safe overtake. I didn't signal, and I didn't look. Well, I did look. But clearly: I didn't look very well.

I fix up my snapped mech hanger with the emergency hanger in my saddlebag and ride on adrenaline for an hour to Cullompton, at which point the adrenaline wears off and I realise that what I should have done was sack it off at Exeter and get the train home. The pharmacy I find is on Station Road. But it's been a while since there was a station on it.

I patch myself up with some alcohol wipes and plasters and a neoprene wrist thing, do the "don't panic" call home and limp to Taunton finding it increasingly difficult to change gear. In my head I dream up left hand shifting hacks involving string looped around the brake lever. I don't have any string. The nice train booking lady doesn't really seem to care what the bike policy is and tells me to just get on and blag it, which I do, and it's fine. And the nice A&E doctor says it's not broken, and I can continue to wear the wrist support I found in the wardrobe from the last time something like this happened. It wasn't my fault that time.

Is there a moral to this? Not really. The moral for me is, basically, do better. Stay safe out there folks. 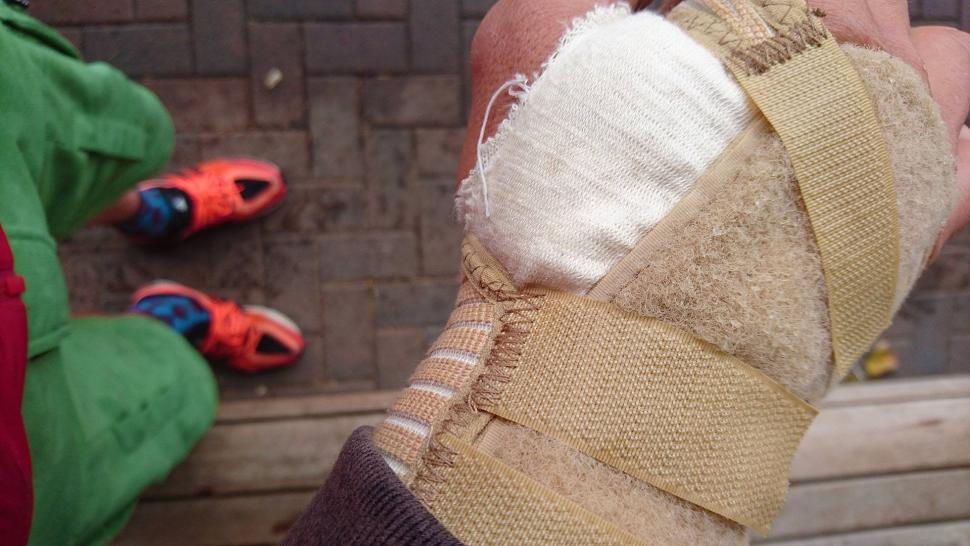