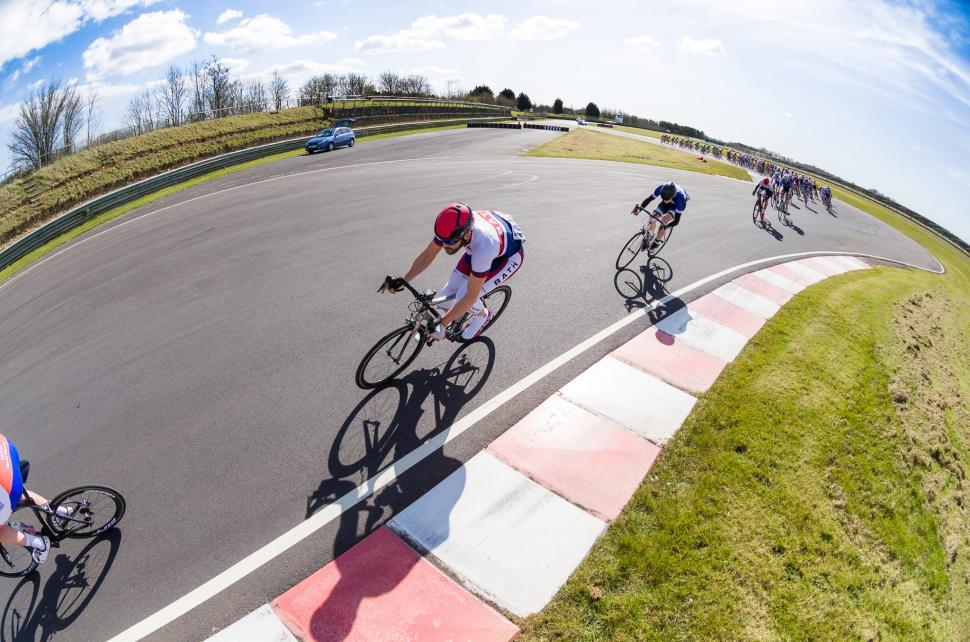 It was fun, and I didn't get dropped. Look, there's a pic of me booting off the front with the pack in chase. Animating the race, I think they call it. I only did that once. And I probably should have done it once less than that. But hey, we had fun.

My racing up until now this year has been in with the second cats, up at Odd Down. In the winter series, in the cold and howling wind, getting dropped after a handful of laps and dutifully slogging round on my lonesome until I got lapped. But Good Friday broke to clear blue skies and calm. Too nice a day for sticking a bike in the car. So we rode the 30km instead as a sort of warm-up, and after a quick blast out and back to get the legs going properly it was track time. 45 minutes, and a lap.

I've never raced at Castle Combe before so I didn't really know what I was doing. One chap who suffered an unlucky puncture on the last came up to me afterwards and said he was following me round because it looked like I knew what to do, which made me laugh. Well, that and the fact that I punch a pretty big hole in the wind, even now. I'm good shelter. As was the tall chap on the fluoro red Venge that I spent a lot of time tucking in behind.

You pretty quickly get to learn the lines you like, and where you can make up places. For me it was the outside line through the first chicane – they're motorsport chicanes so pretty much full gas on a bike – and then an extra dig to come round the pack on the way to the bottom. And after the second chicane there was always a big effort to get up the hill and turn towards home, after which everyone sacked it off a bit. That was another good spot to roll round and nestle in the top 20 or so. Maybe I was also taking those lines because I wasn't that comfortable sat in the middle of the 100-strong bunch, I'm used to Odd Down and smaller fields. Still, I managed to stay mostly out of the wind, and only got shouted at once. 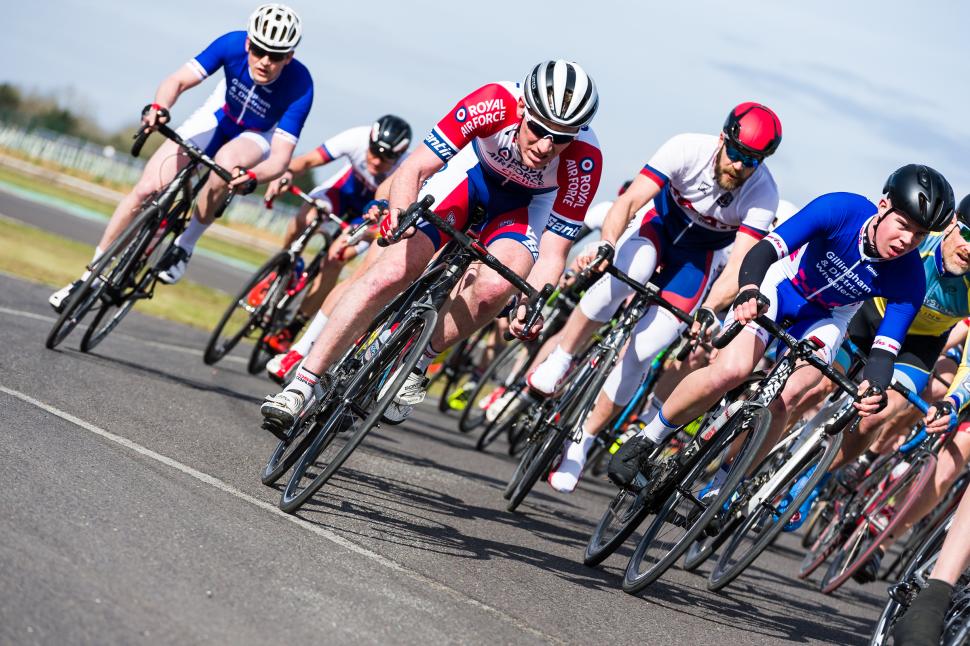 Hiding in the bunch © Rich Lewton

On the prime lap I was near the front when a couple of chaps went off halfway round, so I followed them. Not in the anticipation of winning £20 in the sprint but more to see how the legs were. And the legs were okay, but looking down at the Garmin and seeing a heart rate of 188 – as high as I think I've recorded since I started racing – persuaded me to calm down a bit and I tucked in as the big sprint went past.

I've been reading Joe Friel's Power Meter Handbook recently and the subject of matches is covered: you only have so many you can burn in a race, and you need to know when to use them to maximum effect. Realistically, jumping off the front at half distance was just a massive waste of energy. But I did get a cool photo out of it (thanks to Rich Lewton), so it wasn't a completely dead rubber.

Bath CC had a strong presence in the 3s – about 7 riders – and we'd had a chat beforehand to formulate some kind of a plan. It didn't pan out though; I'm not quick enough to spot a wheel or drilled enough to stick with teammates, and probably I wasn't the only one. Anyway, the plan was for a leadout and I was taking the stint from the bottom corner as far as I could. But when we got there I didn't have anyone to lead out, so I just made what I could of it. My positioning wasn't great, and I couldn't get into the main pack on the approach to the sprint, finding myself on the outside line where I'd gravitated to before. But this time it was a mistake, and there weren't enough people to hide behind. So when the last rider in front of me started stalling with still 300m to go, I was forced to go from there. And that's too far, and I was off the front anyway. So it was a sprint for nothing, and I sat back down for the last 100m and rolled over somewhere in the bunch.

Positives for me? Well, I can stay in a flat third cat race okay. With more self-control and better positional nous I might even be able to have a proper go at the sprint. And it was fun. It's a buzz going fast in a big group, trying to read the race and keep something in reserve for the shakedown. It didn't work out this time. It might next time. 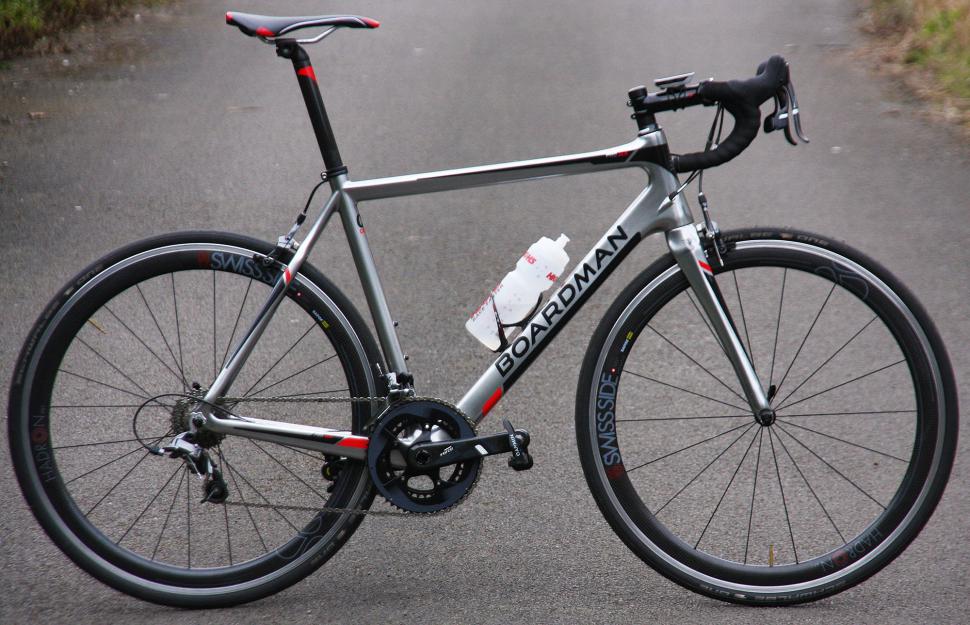 Also the bike, a Boardman Road Pro Carbon SLR, performed flawlessy. It's a really easy bike to ride at speed, very predictable and nice and lively when you put the hammer down. Stu liked it, and so do I.

We rode home. Luckily Jez was towing a dog in a trailer, or he'd have murdered me. But it was a grand day out.

Special thanks to Andy and Jacqui Cook and all the volunteers who helped a fantastic event to run so smoothly.