Riding away for the first time 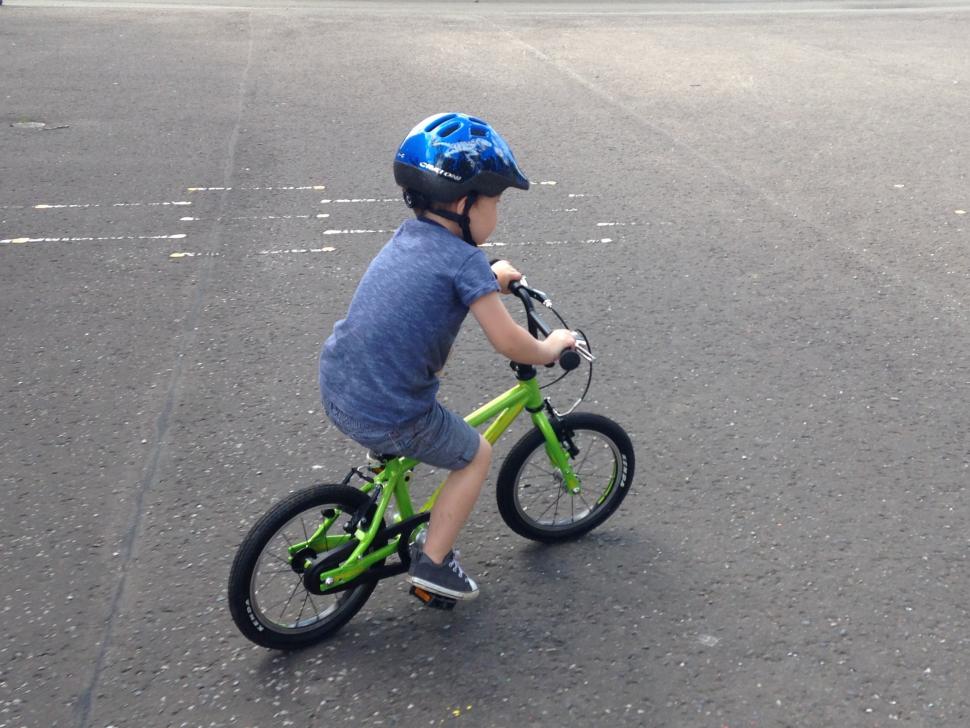 Everyone’s proud of their kids. There are times though when you’re pretty much ready to burst with the stuff, and one of those times is watching them ride away from you for the first time.

It started with a balance bike, and I was told “I want it to look like daddy’s”, which was a red rag to a bull for me… off into the shed with the rattle-cans and some eBay-sourced decals and a mini-Cervélo S2 balance bike rolled out a couple of days later.  It got used and abused (and continues to be) until he started asking for pedals. We got a bike with pedals, (a 12” wheel Halfords Trax affair sourced second hand) we took the pedals off because he didn’t like them! 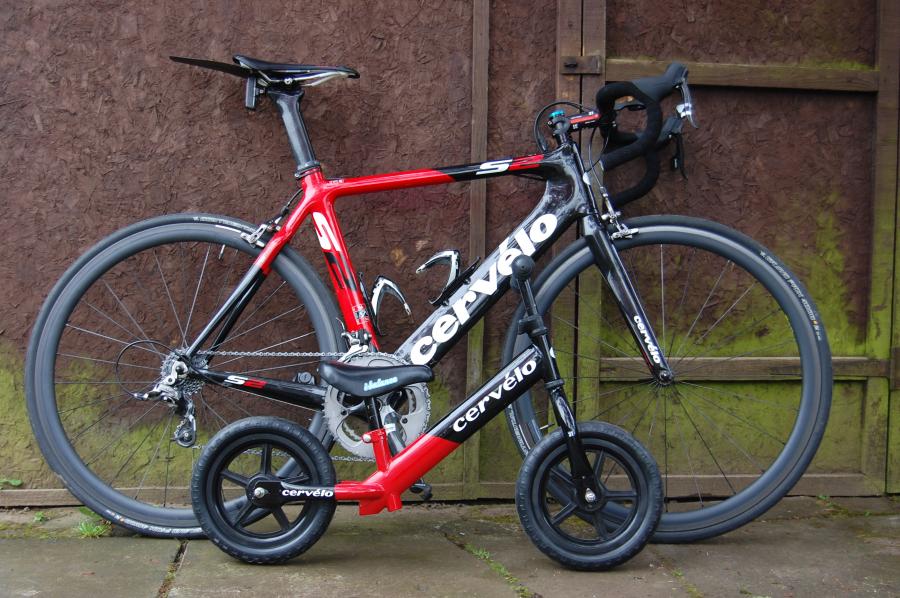 A bit of research into children’s bikes suggested that the bog-standard 12” bikes weren’t that encouraging for children to learn how to ride. It turns out geometry is just as important for stability and comfort for a kid as it is for an adult. My non-cycling wife even expressed distaste at the 12” Trax and suggested that the rampaging boy would need something sturdier. She also lifted it one day, nearly gave herself a hernia and expressed further distaste at the weight of it, though she was comparing it to my feathery carbon road bike. 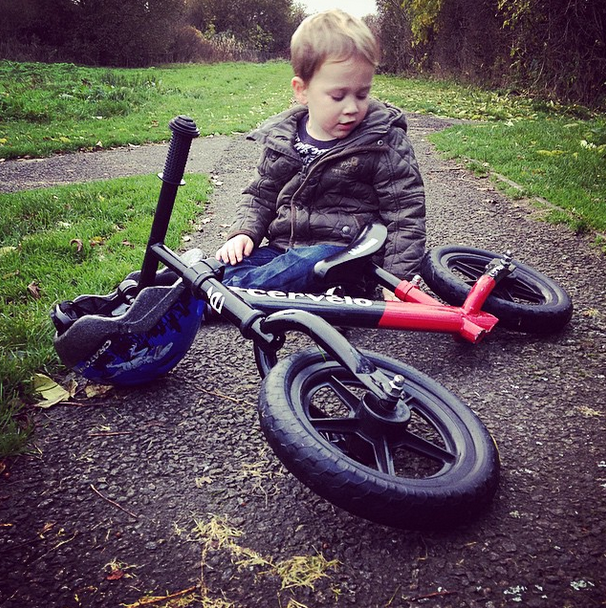 Another red rag to a bull…

More research follows, mini-BMX’s are looked at (expensive ones, recommended by a BMX-loving mate), but the research all points one way. Christmas day arrives and there’s a shiny new Islabike Cnoc 14 tucked behind the curtain in age-old “LOOK WHAT SANTA LEFT!” style. Again, he doesn’t like the pedals so off they come! He’s still balancing well on the rattle-can-Cervélo, but not that interested in the sick-green Cnoc at this point. A couple of trips to a local school playground during wintry weekend on the Cnoc still don’t give him much inspiration so it sits in the shed for a while. A conversation with my clubmate, Andrew, who runs www.stirlingcycletraining.com gives me some more information: remove one pedal and get him used to that, then stick the other one on. One pedal gets removed. We do some single-pedal riding. 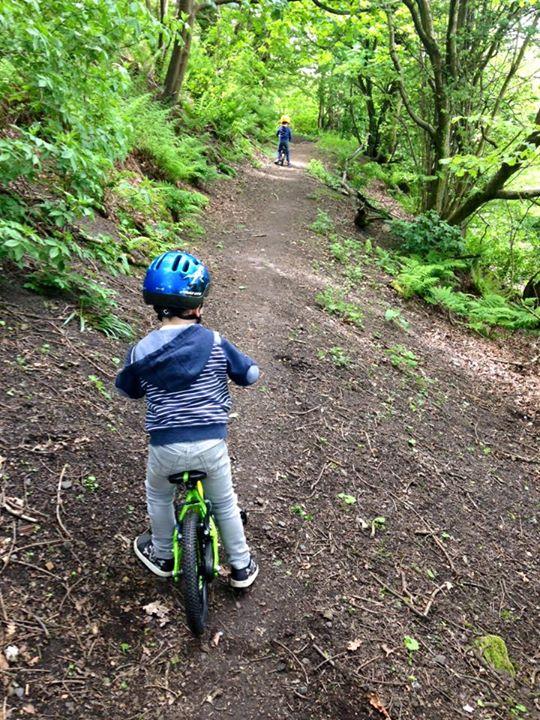 He starts scooting around the garden, he’s 4 now and a bit bigger, he’s getting the measure of the Cnoc. I ask if he wants the second pedal on and 4 year old reasoning tells me that he’s not interested in having another pedal just yet, but he will soon. This goes on for a couple of months. Then on Saturday, his best mate who’s 9 months older comes over and he can ride his bike… he decides it’s time for the fabled pedal number two. We install and off we go to the local playground after a trip to the dump.

This is how you see it happening in your head: you put the child on the bike, set him off and he just goes. No running along behind holding the seat. And that’s what happened! He went from not being able to ride a bike, to being able to ride a bike. I’m still astounded three days later. As the first line of this blog suggests, the pride that one feels at this sort of moment - especially poignant for a cycling dad watching his kid ride for the first time - is absolutely stratospheric. Cue lots of running alongside, taking pics, encouraging, taking video, laughing, loving every moment. And then the first crash… but don’t worry, he’s back on straight away and pedalling again!

Check out a vid of him riding here

Now there’s no stopping him, he’s done his first drop-off from a kerb and starting to challenge himself. It’s encouraged his extremely cautious and risk-averse older sister to want to learn how to ride her bike, we were back at the playground last night, and she’s doing great – small improvements, but she was never interested in her balance bike and has yet to master freewheeling, but it’ll happen.

As for the boy… I’m going to cherish this moment, because in a few years, he’s hopefully going to ride away from me again. And I’ll be super proud the first time I get dropped by either of my kids.