What is it like to be within a top women’s pro team, as it heads to Paris? Nick Hussey, founder of Vulpine cycling apparel is ﬁnding out. Hussey will report on the build-up, team dynamic, the nerves and of course the racing, on the greatest circuit in cycling – the one centred on the Avenue des Champs-Elysées in Paris that will host tomorrow's final stage of the Tour de France, preceded by La Course, the women's race that made its debut last year.

I’m sat in an ordinary house in Belgium. Well, apart from I’ve never been to a Belgian house, this one is occupied by Brits and, errr, its full of world class cycling trophies. I’m in Helen and Stefan Wyman’s house. This house is pure CYCLING!

The location is a quiet street in Oudenaarde, home of the Ronde van Vlaanderen museum and as Flanders as Flanders gets.

I doubt there’s anyone more embedded in and central to British women’s racing than Stef. He’s married to a women’s CX legend. He’s signed GB stars Laura Trott, Lucy Martin and Elinor Barker. He’s been developing women’s racing at grassroots level, off his own back, for over a decade.

There are cobbled trophies on the mantelpiece, TT bikes in the roof and a world champs medal next to me. Every corner is packed with Bontrager wheels, Shimano cassettes, Trek frames and USN energy product. Yep, this house is pure cycling. The nicest kind. 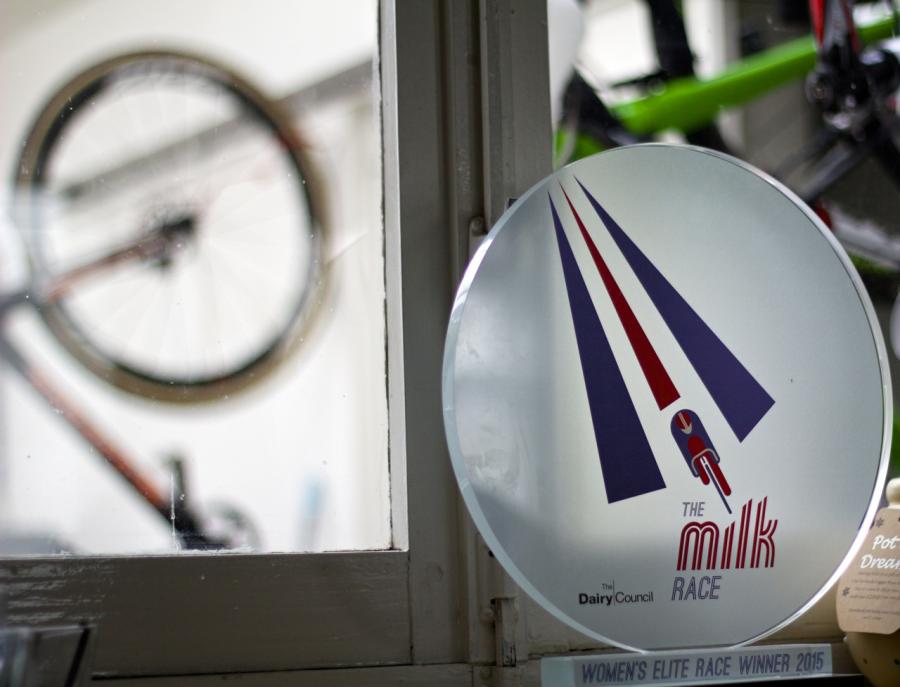 Laura Trott won The Milk Race by a tyre's width. The trophy sits proud, with racks of Trek Emondas and Helen’s CX bikes behind

With Stef & Helen away setting up in Paris, it’s also packed with the able and willing. Richard Meadows is mechanic. Brit racing stalwart Martin Eadon, AKA Dud (he looks like Dudley Moore, natch) is soigneur.

Richard’s ﬁancée Amy is here for her birthday. Prosecco, yay! Christina Siigard is the sole racer here tonight, the rest are already in Paris or living nearby. Muggins here is eating their BBQ and getting under foot, but It’s a very warm and welcoming place. Stef’s house is a tool for racing and a treat for those involved, a tool that’s given over for the good of the team. 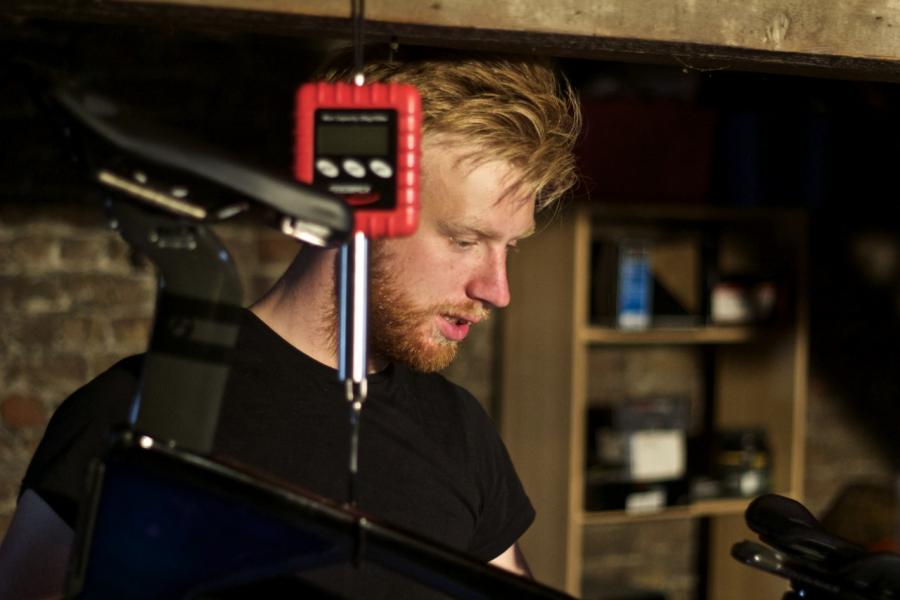 Ex Team Sky mechanic, Richard, in his lair. Bikes and components surround him

On Sunday we’ll be on the Champs-Elysées. The place I dreamt of riding on as a teenager. You know that huge crane that shows the riders passing below, for the last corner? We’ll be under that. I’ll be screaming my head off, and everyone else will be busying themselves … Until that last corner…

Can Matrix pull off a win against the likes of Kirsten Wild, Pauline Ferrand-Prevot or Lizzie Armitstead? The odds say no, but we all know cycling is a great odds upsetter. That’s part of its complex beauty.

But why am I here? Why is a casual cycling brand getting involved in an elite racing team? This team was always different. It’s more than just corporate sponsors on jerseys, sanitised PR-friendly photo opportunities and going through the motions. This is the team where everyone is a friend, everyone is respected, and everyone gives a little of themselves for something better.

It’s a team where racing is vital, but not at all costs. It is, in short, a nice team, one that cares. I’ve always loved bike racing, and when I hit it off with Stef on Twitter, I saw a passionate chap who wanted to drive the women’s racing forward. A man who gave up his career to help and train his wife. He was all in. I wanted to be part of that. I like their independent attitude. So I sponsored them. Fun! I’m going to Paris!! Flappy hands excitement! 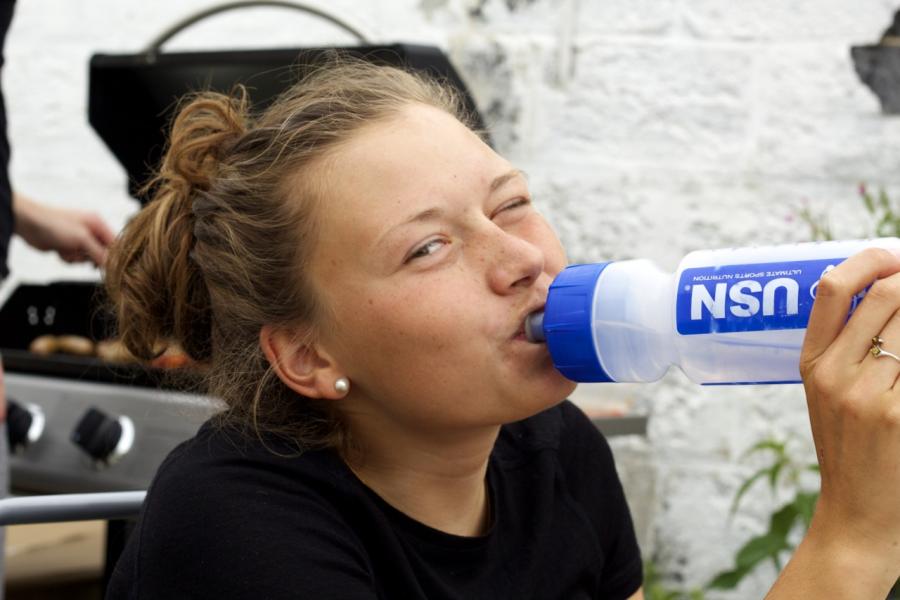 Here I am, a sponsor, sharing a BBQ in the back garden, and ﬁddling with carbon in the attic. It’s not glamourous today, but maybe that makes it better. This is real and there’s no hierarchy. This is the real women’s cycling right now. It depends on sacriﬁce, a common good, and damned hard work. It runs on passion. It depends on riders sharing rooms in Stef and Helen’s house. It depends on their hospitality and total commitment. It depends on having a laugh and getting on with it. Egos in check, everyone together.

That’s enough of the hugs and kisses … onto the racing. On Saturday morning we leave early for our Paris base. I want to try and imagine what it’s like preparing to ride over those famous cobbles, to screams ten deep. Because we’ve all dreamed of doing that, right? This is as close as I’ll ever get to riding there.