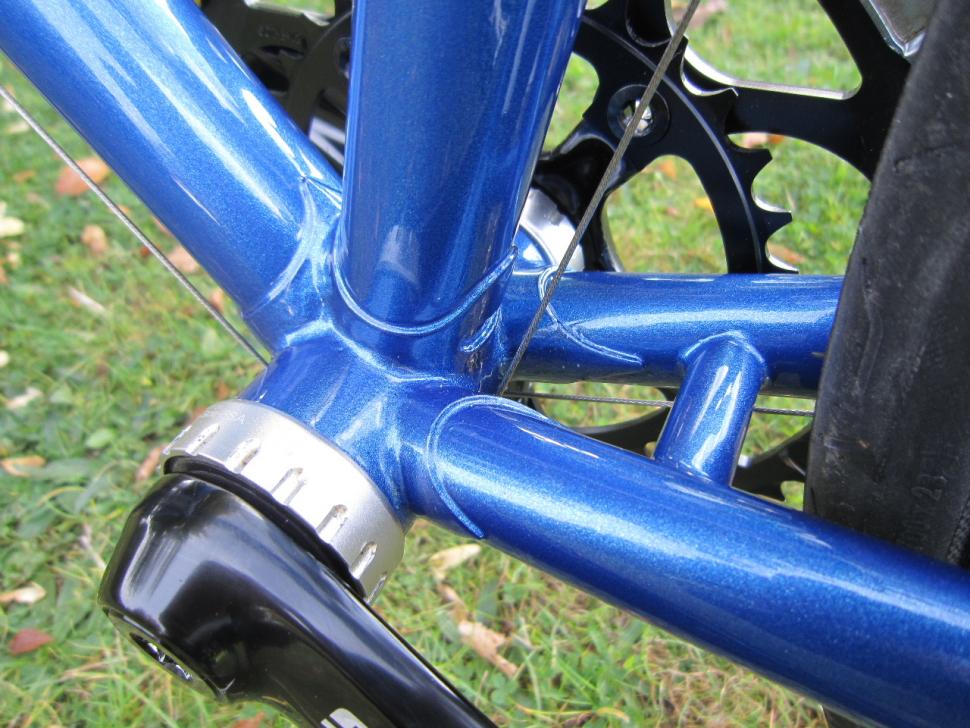 Lugs (© Richard Hallett) 2
The shapely external sockets or sleeves found mostly on steel frames: what are they for?

Ask most enthusiasts what they like about steel frames and chances are they'll mention lugs. Fancy lugs, that is; lugs that look like time and effort have gone into making them as attractive as possible. Lugs, in frame building parlance, are the shapely external sockets or sleeves found joining the head, seat, top and down tubes of traditionally-made steel frames. In such frames, similar sockets are found at the bottom bracket shell and, usually, fork crown.

Lugs are not solely the preserve of steel; the practice of inserting tubes inside pre-formed sockets where they meet has been and is used with aluminium and carbon-fibre, while carbon tubes can be bonded into titanium lugs to great visual effect. They are, however, most closely associated with the 'real' material and it is in steel frames that they are used to best effect. 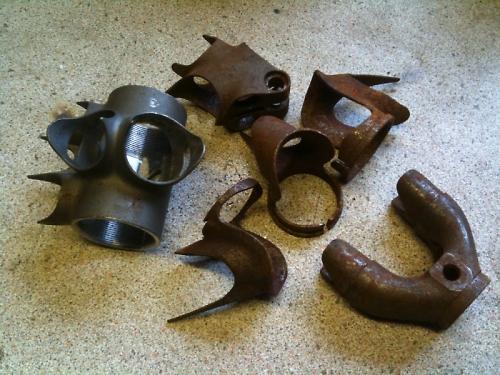 It is, of course, entirely feasible to build a steel frame without using lugs using fillet brazing or TIG welding, so why bother with them? They contribute to frame alignment during brazing; some builders favour ‘pinned’ joints, where square-section steel nails are driven into holes drilled through the lug and tube when they are correctly aligned, locking them in alignment while the joint is brazed. The pin ends are removed afterwards. Lugs reinforce joints between tubes, help distribute stresses and add visual appeal to a frame. 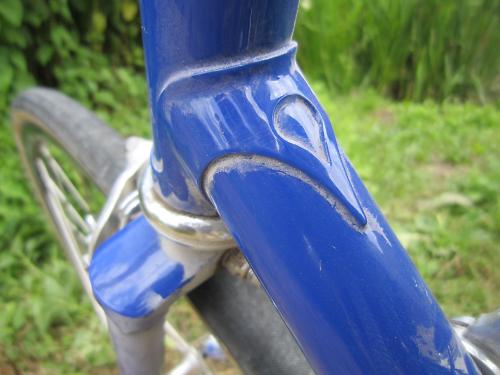 Their shape varies widely, ranging from the plain straight-edged lumps found on the old post man's bike to the elaborate confections beloved of certain classic cycle enthusiasts. Debate has long raged over the need for anything beyond the most simple of shapes. A plain ‘annular’ lug is a bad idea used with thin-walled tubing as it concentrates tensile and compressive stresses along a short section of tube where it meets the lug's edge; shaping the edge into a curve or spear point distributes stresses over a longer section of tube. Thinning the lug by filing not only enhances its appearance but further reduces the sudden change in strength between tube and lug. Advocates of 'curly' lugs in their heyday often claimed that such decorations enhance the effect, as if they needed an excuse to carry out the work involved. 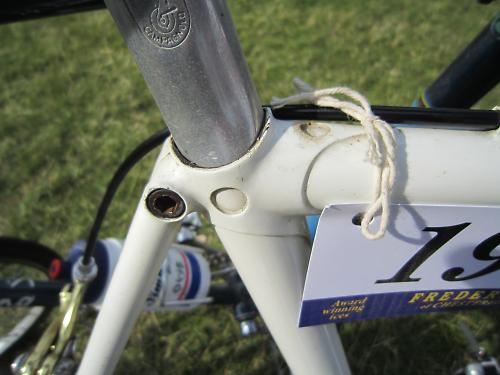 Steel lugs are made to join their tubes at specific angles. The clearance between the inside of the lug and outside of the tube must be kept to a maximum of around 0.1mm to ensure effective brazing, which precludes the kind of sloppy fit that would provide a bit of leeway on angles. An upper head tube lug, therefore, might be made to join the head tube and top tube at 73 degrees, which is great news if you are building a frame with a horizontal top tube and 73 degree head angle. Whereas pressed-steel lugs can be bent easily to accommodate a small change of angle, most custom lugs available today are cast and much stronger. Usefully, they are often made in a choice of angles per joint to give the builder some freedom. At a pinch, it is possible to cut, or ‘barber’, a cast lug in a way that allows its angle to be altered considerably, leaving a gap that is filled during brazing to leave a pristine surface.

Assuming a set of lugs to suit the desired frame angles and tube diameters is now sitting on the bench, the fun can start. This may take the form of adding some form of decoration to a plain spear point lug by perforating the lug wall to create a distinctively-shaped hole, or by altering the profile of the outside edge – the ‘shoreline’. Doing this not only saves a small amount of weight but helps the builder observe penetration by the filler metal, although this shouldn’t be strictly necessary. Fancy lugs with elaborate decorative features are available for those who don’t care to add their own. Figuring out a way to hold but not damage a thin steel lug while attacking it with file or drill is vital to the success of the process. So too is a steady hand… 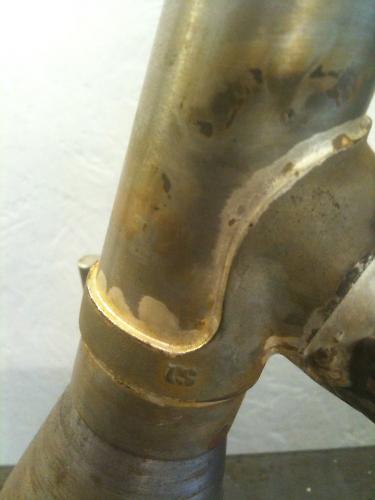 So far, so visible in the finished frame. Not so easily ascertained is the internal integrity of the lugged joint. The tubes in a lugged frame should be mitred as accurately as in one fillet-brazed or TIG-welded; this helps maintain alignment and ensures that there are no large voids inside the lugged joint or areas where brass or silver has taken the place of steel tube. Feeding filler metal in at one edge, or shoreline, of the lug and drawing it through to the other using heat, gravity and capillary action gives a clear indication that the filler is where it should be. Once brazed, the lug should present a crisp, clearly-defined shoreline with no gaps in the braze or blobs of excess filler. Neither looks good in the finished frame…

Richard spends most of his time making bikes, writing about bikes and riding bikes in the hills of west Wales, while imagining how much more of the above he’d be able to do if he only had more time…