How you could qualify to represent GB at the World Champs 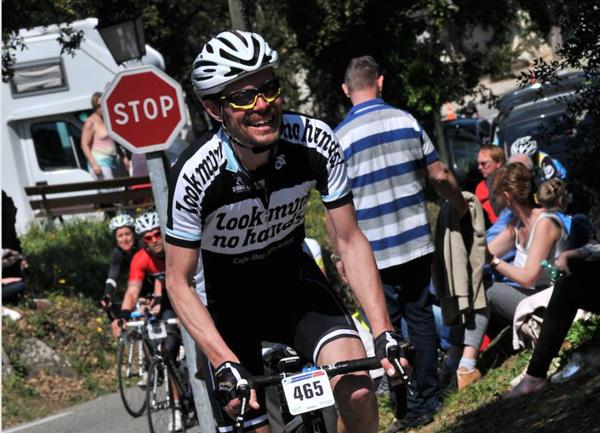 Chris Ward.png
This weekend's Tour of Cambridgeshire is the UK qualifier for the UCI Amateur Road World Championships

This weekend sees the UK’s qualifier for the UCI Amateur Road World Championships and Time-trial via the Tour Of Cambridgeshire. Both events will see our best amateur riders competing to finish in the top 25 per cent for their age group and thus be invited to the UCI finals in Denmark in September.

I’ve already qualified but I’m certainly nowhere near the best. I’m almost 52 and was only ever a Cat 3 rider when I started trying to avoid the crashes round Hillingdon ten years ago.

So how did I do it? Here are my seven golden rules that could help you make it to Denmark.

A year ago I was on the start line for another regular sportive; The Evans ‘King Of The Downs’. After a few miles a quick bunch went past and I jumped on and thought I’d see how long I could stick with them. As we went over the ten climbs the group got smaller and smaller until there were just four of us left, one of them having even dropped his own brother. We ended up being the second group back and so finished fifth to eighth – out of about 700 riders.

This was an achievement far beyond what I ever thought I could do and opened up my mind to all sorts of possibilities that I had never considered. I went on to become the oldest Brit to cycle up Mount Ventoux six times in a day and at Christmas identified the amateur worlds as a target I thought I could give a go.

The Tour Of Cambridgeshire has only recently been awarded qualifier status and therefore in April I travelled out to St Tropez for the French/Italian qualifier. It’s a hilly course that suits me and I managed to finish 14th of 67 in my age group and qualified. The feeling of elation when I found out was worth everything I put into it.

Two friends, who are equally decent riders, have recently failed to qualify though in the North American and Danish qualifiers, so what did I do differently and what did I learn that can help you this weekend?

I put the foundation in by training twice as hard as anyone else I knew. My Strava shows that this year I have cycled 6,800km and done 66,000m of climbing – but I also work hard, write books and spend as much time as possible with my four kids.

I achieve this by working when I’m in the flow – when I’m getting things done, productively and creatively. We all know those times, when we put our heads down working and next thing we look up and its three hours later. But there are also the times when you can’t think what to do and sit there sharing pictures of cats or cat 4 crashes – that’s when I get up and get on the bike and ride.

My diary keeper is also the weather person – if the sun is out, I ride; if it’s raining, I work. Luckily for my employer it’s been raining for more than 40 hours a week. Every evening I look at the next day’s forecast and if meetings allow – and the sun is out – I get some good miles in.

We’re down to the last few days before Sunday’s race but for St Tropez I stopped eating cake and drinking coffee for the whole week before. This was my toughest challenge as I love both. In fact I think they are the reason most of us cycle. But I wanted to make sure I was 100 per cent rested for the race; that I wasn’t being reliant on caffeine and calories to keep me awake longer than I knew I should be. I went to the start line as fresh as I could ever feel with a madly busy lifestyle.

I’ve always been used to turning up early when I ran a few marathons as there’s so much to do; hand in bags, go to the loo, find your starting place etc. But with bike races it’s become a habit to turn up as late as possible, getting out the car and going for it. But for St Tropez I was on the start line 50 minutes before the start – along with many others I hasten to add. I wanted to make sure I was near enough to the front to see (and hopefully catch) any break that may happen and not have lost the opportunity to qualify before I even started.

I didn’t do this and I regret it. With closed roads – like Cambridgeshire is – the peloton spreads across the whole thing and even though you could be just 15 metres from the front, there could actually be 50, 100 or 150 riders in front of you. That means when you get to the first climb you have no chance of getting through and you end up climbing at the same speed as those around you. Even if you know you could climb faster, you will have missed the group breaking away and as we know, once they’ve gone, they’ve gone.

I would get right to the front, as close as possible anyway. Its obviously far better to let better riders overtake you, until you can hold onto those you can keep up with, than never get the opportunity at all.

Qualification is not about timing, it’s about positions and therefore the fun and games will never stop. I ended up at the top of a climb first in a group of 10 so relaxed and got an energy bar out while the others reached the summit and I joined the back of the group as we descended. The trouble was the two riders in front of me weren’t as good at descending. I saw a split happening and tried to get round them (at 80kph – that was fun!). I managed it after a few corners but there was already a gap. I couldn’t close it by the bottom and the sight of the group I was part of now 50m up the road was really depressing. That resulted in me time-trialing the next 25km with one of the other two riders wheel sucking me the whole way, until we managed to actually get back into the group. Don’t let that happen to you.

My wife Helen is my domestique goddess. She has been up the top of Ventoux at 1am with me (she was in a car mind) and was my saviour here also. Her help meant I could get to the start line early while wearing warm clothing and drinking out of a bottle I could pass to her as start time came.

But also, I had no idea if anyone would stop at food stops in the 189km, so she made her way to a food stop with an extra bottle of energy liquid that I grabbed off her as I passed and so didn’t have to stop. This was a major factor in me being able to catch up with the group I has previously lost.

The best thing about cycling though is sharing it with other people and us being together when I found out I had qualified, was an experience we will remember for a long time.

So, good luck if you are in the qualifier. I hoped that helped in some way. If you have any questions please put them in the comments and I’ll endeavour to answer.

Hopefully I’ll see you in Denmark for the finals – but remember if you don’t quite manage it this weekend, there’s always the small print to the rescue – enter three of the qualifiers and you get automatic entry to the final.