Three to the Sea

How many cyclists does it take to make a successful group ride? I can confidently state that it takes three. One, of course, would make it a solo event; two might as well be on a tandem, that well-known vehicle of divorce; but three – three is the minimum body count to have a proper group dynamic.

I'll admit that when I showed up at Somerset House at ten to nine last Saturday and only saw two others waiting to take part in my Wen to Wen ride, my heart sank a little (even while being thankful that anybody at all had shown up. This had also been dubbed the N+1 Ride.) Confident there was nobody racing to the meeting place – chosen in part because it is directly opposite the river from where Critical Mass meets every month; I knew the score even as I planned the ride – we left a few minutes after nine. The role call was me, expat North American; Christian, a Slovak settled in London for the better part of a decade; and world traveller Sebastian, originally from Argentina and surprised that I was being so punctual. "You've really got this all planned," he said. Everything but the weather, which I had been struggling to ensure was good. Not easy when you're not technically a god or an X-Man.

The first worry was the notorious Elephant and Castle roundabout. "You're comfortable with London traffic?" I asked them, getting nods in the affirmative from both before Christian's changed direction into a no and an all-too-familiar story involving a thoughtless motorist who had recently cut him off. On this beautiful morning traffic was light and we glided through.

Almost before I knew it we were walking with the dinosaurs of Crystal Palace Park. Or should I say… fanciful dinosaur-like creatures, apparently the first sculptures of their kind in the world. Meant to be mascots for the big glass house after its move south from Hyde Park, they are "to varying degrees inacurate by modern standards." They're still pretty awesome, as any kid not jaded by the wonders of CGI will tell you. We left the Great Wen by degrees until we were abruptly thrust into the greenbelt near Keston. Next stop was Charles Darwin's Downe House, amidst proper countryside. Christian was the only one of us who had read at least some of the great bearded (like Abraham Lincoln, it's hard to picture him without his chin covered) naturalist's seminal work, but fortunately there was no quiz as we peered through the gates into what is now an English Heritage site and a rather fine one, as I know from previous visits when I wasn't just passing through.

Shortly thereafter we were accorded tea and biscuits by friends of mine who with very little notice had rolled out the red carpet. It was during this repast that I was informed that my pronunciation of "route" is literally laughable. Just because we rhymed it with "lout" where I grew up in Ohio is, I think, no reason to cast aspersions on my education, but it's true that generally one is wise to parolas kiel la angloj {set Google Translate to Esperanto} when travelling in-country, so, fine.

We all paid for this temporary life of luxury tea biscuits less than a mile later by climbing the pleasant but nasty hill into Cudham, which had me pushing my 48x17 singlespeed to the limit. Then it was down the southern precipice of the North Downs to the M25, an unlovely moat not worth wasting words on here.

A bit more climbing was necessary to reach Chartwell, Churchill's redoubt. [Yes, I know what a redoubt is. Sometimes words should be allowed to mean what we wish them to mean.] His darling Clementine wasn't too keen on it back in the day, but it pulls in the punters eager for a draught of history where Britain triumphs, and art critics just as eager to tear his paintings to pieces. We didn't get a good look at the place, but as it heralded a very welcome downhill I believe all was forgiven. Unfortunately their shared love of painting didn't bring them closer together

I had promised hills. I was delivering hills. Some of them, perforce, must go down; the much less popular ones go up, up and away. Rogues Hill south of Penshurst is one such specimen. If ever you're in the neighbourhood and this hill is in the way, look at your handlebars; look over your shoulder with satisfaction at altitude gained, or to catch glimpses of Penshurst Place and Gardens; just don't look up. When you get to Bidborough, however, make sure you look north, which is full to brimming with the garden of Kent, excepting the A21 distantly growling with people unlucky enough not to be on bikes.

We stopped for lunch in Tunbridge Wells. Discussion ranged from photography, of which Sebastian is an old school b&w enthusiast, to the many languages that Christian of necessity learned to speak back home where you never knew if the next word coming out of somebody's mouth was going to be your native tongue. I don't remember the name of the restaurant, so the Google Maps man you pick up by the scruff of the neck to drop down into street view comes to the rescue: Zorba Cafe. They were friendly enough to warrant the free advertising.

Have I not yet described our bikes? Perhaps I should. A wedding isn't about the dress, but they still spend a lot of time describing it, don't they. Especially the brocade. 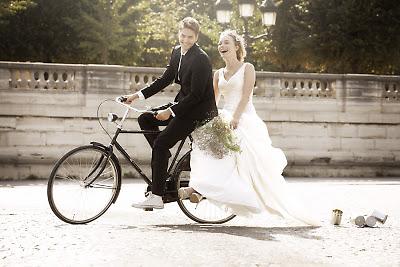 Christian was on a mountain bike. This had slightly worried me because, you know, mountain bike. He said that the basket cable-tied to a rack on the back was actually meant to sit in the front, which added some charm.  It all looked sturdy and capable, but again, mountain bike. On an ~82 mile road ride. You know what? Who cares. It did the job he needed it to do, wonderfully. In fact he informed us that he'd once clocked 80+ kph, steady as she goes on those fat tyres. He had me half believing I should trade in my titanium confection for the nearest 26 incher. (Only half. I like my candy.)

Sebastian was on a traditional road bike, toeclips sans straps. He had handicapped himself by wearing a backpack which I didn't really take notice of at first, but which I hefted as it later made the transfer to the mountain bike's basket in a spirit of Christian kindness. Chris wasn't exaggerating too much when he said it was about as heavy as my bike. I don't know what all was in there, but it included a tube of toothpaste (mostly empty, it should be noted) and a nice ripe peach. We stopped to observe a cricket game on a smooth plain of Sussex Weald. The game perplexed Seb, as it has always done me. Sayeth Chris: "The second most boring sport. I do not know all sports, so I cannot say if it is the most boring." There was no disagreement with this until I later informed my wife of this pronouncement. She is from Sri Lanka, where cricket comes second only to love of Jim Reeves. I exaggerate, but not too much. After a gander at Rudyard Kipling's old haunt in Burwash I offered the highest hill, saved for last: the road leading up to Brightling. "Not so bad, but maybe by that time I was used to them," said Chris. This area is dotted with follies courtesy 18th/19th century squire "Mad" Jack Fuller, onetime MP, benefactor of J.M.W. Turner and almost obligatory eccentric, seeing as he had himself buried in a pyramid in a churchyard. He also built an observatory, from which can be appreciated a squirely view to the South Downs.

At this point we'd done a little over 60 miles. The final 22 or so were a breeze; mostly downhill leading to a great deal of flat. We passed Herstmonceaux Castle, which Wikipedia tells me was once rented by Coca-Cola "for use as part of a prize in a Harry-Potter-themed sweepstakes – the castle served as Hogwarts." We passed many cows, which arranged themselves in patterns almost as unfathomable as the cricketers. We hurried through Bexhill and St. Leonards to finally reach what I called the Little Wen, but what is, to anyone who values its quirky character and likeable landscape and is willing to accept its flaws as not worse than so many other towns, a semi-precious gem.

My wife met us on the seafront and we went in search of the coffee which Seb required to be rejuvenated and possibly reconstituted. Unfortunately Hastings was choosing this time to close, and we were forced to seek whatever rebuilding blocks of the human body Tesco could offer. We all chatted away in the train station waiting room until 7.51, which is a minute past the time our train left the platform. Seb and Chris were able to hop a slower freight back to the Great Wen, while my wife and I settled in for another hour to reflect on train schedules and Wagon Wheels. No time to squeeze in a game of golf, which vies with cricket for the title Take your pick of railways: funicular or miniature