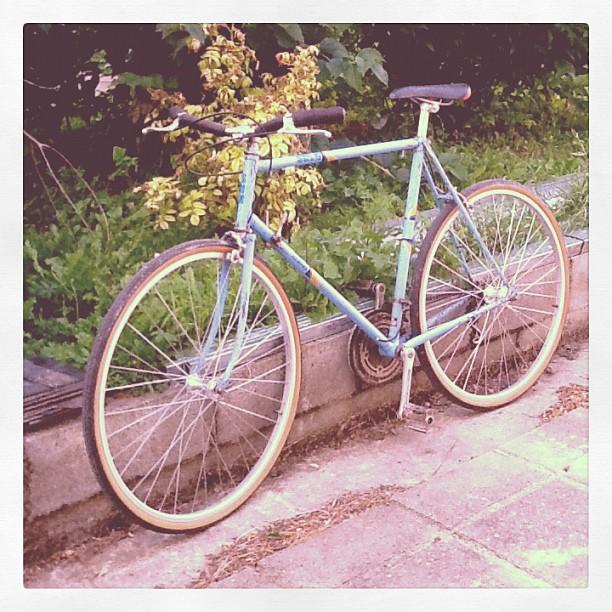 Sun Solo
The simplicity and appeal of the cable-operated drivetrain

Wires and now radio signals may threaten to make gear cables obsolete, but I still love that simple mechanical connection between mind, spirit and bike.

I’m not averse to technological advance. It’s fantastic that development of the bicycle has resulted in better reliability, the opportunity to build a ridiculously lightweight machine, well under the UCI 6.8kg threshold, and GPS devices that allow you to track your every heartbeat, related to specific points on your ride.  But the Luddite in me adores the simplicity and purity of the cable-operated drivetrain.

At work I generally use a computer to assist me with most of my daily operations (gone are the days of parallel motion drawing boards, squares and French curves); my smartphone keeps me in touch whenever I’m out of the office and emails can even be accessed when I’m on holiday (don’t do this, for the love of humanity, don’t do it).

At home, there’s an iPad, a computer, and, yeah, my phone is still there too, just in case I want to check what weather I’ll be suffering on the following day’s ride, or see what the train times are for tomorrow's meeting. The TV has more channels than could ever capture my interest; the smart TV beams film, music or TV series rentals into the living room at the push of a button. It’s a wonder we’re not all wearing homemade foil helmets.

But out on the bike it’s just me, my legs and some metal parts controlled by steel cables that have changed relatively little since 1949 when Campagnolo introduced the first parallelogram rear derailleur.  Okay, GPS devices let you look at what your heart rate is doing, chart your physical state at every point along your ride and now even allow you to be followed live online, but we’ll gloss over that: they can be left at home.

And that mechanical simplicity is the appeal of cycling. Control comes from the connection between the derailleur and the rider’s hand via a 1.1mm diameter cable, determining whether you need to push harder or allowing you to give the pedals an easier time.

It’s quiet; nobody’s ringing. Twitter, Facebook, the endless expanse of the internet is beyond your reach. You’re rolling along to the sound of tyres on asphalt, the mechanical click of a shifter as you select a different gear ratio, the gentle whirr of a crisp drivetrain. That feeling is hard to describe: it forms part of the escapism that cycling offers.

There's nothing I love more than borrowing my dad's 1970's Sun Solo and pootling along, loving the five-speed block and downtube shifters. No battery is going to let me down, most mechanicals can be fixed with multitool (some things will require one of those extensively equipped pocket workshops), it’s just me and a collection of parts that have been working in a similar manner for the last 70 years.

A bike, some cables and the open road.

The uproar at the Newport Folk Festival in 1965 when Dylan went electric still sparks outrage among some of his fans. They didn’t like it, they still don’t like it.  Others accepted it, loved it and moved on. It didn’t devalue his pre-amplified days. He was exploring new ways to do the same thing that he was doing previously.  And that’s where electronic shifting is taking us.  Some will always hate it, some will never use it, some are already out and out converts, some covet it for their next purchase.

I’ve never tried it, but by all accounts, I reckon if I did it would be the beginning of the end of my commitment to the mechanical simplicity of cycling.

But maybe it wouldn’t. The appeal of a bike with down tube shifting remains, even though my bikes use modern integrated shifters.  Electronic shifting, in wireless form or otherwise, will remain the preserve of high end machinery for some time to come, but it will filter down eventually and there will come a day when it’s going to grace many bikes on the shop floor of your friendly local bike shop.

Even so, I have a feeling that even if it’s on an “old" carbon bike from the early 2000’s in the back of the shed, there’s always going to be a place for the humble cable on our bicycles.