Distance is the new speed

I’d done an Audax before, three or four years ago, and to be perfectly honest I didn’t quite get the concept. Coming from seasons of time trialling and the odd sportive I couldn’t get my head around a maximum average speed - I mean why wouldn’t you fly around a set route as fast as your legs allow you to?

Yet, back in December tech ed Dave Arthur and I were stood in a damp, dark car park somewhere in Tewkesbury with forty or so other riders about to embark on a 200km ride around the lanes. We didn’t exactly blend in: I was on a six grand carbon, Di2 wielding Cube with Dave on similar exotica, no bar bags, mudguards or maps but once under way, swapping gels for sausage and bacon rolls I actually found myself enjoying it and by the time the 207km (too busy chatting to see the right turn on the Garmin) was over I was hooked and a plan was hatched to ride as many as I could. 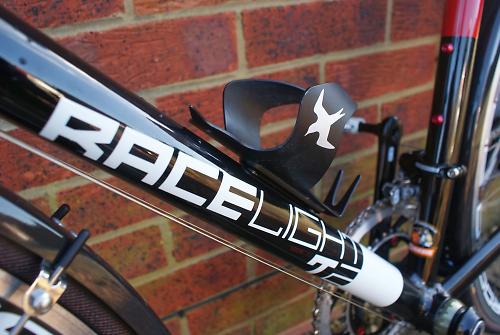 So new bike time. I haven’t bought an off the peg bike, as I find the choosing of the components and assembling each bit just as much fun as riding the finished product. Settling on a frame was actually pretty simple; it had to take full guards, be comfortable with stable handling but without sacrificing speed or looks, oh yeah and it had to be a Kinesis.

I’ve been lucky enough to test both versions of the GF Ti, GF Scandium and the TK3 and they have all provided exactly what I was looking, for plus Kinesis seem to have nailed making winter style bikes kind of sexy.
Unfortunately all of the above were out of my price range due to the kids expecting such luxuries as heating and food in their tummies so the T2 it was, a cracking frame in its own right especially with the carbon DC07 fork. The 3T Integra Team stem was going to be the centre of the build, setting the theme if you like. I love the lines and as the Garmin is always going to be attached for route finding purposes, I thought it might as well be integrated into the bike. It is very stiff though so for long distance comfort carbon bars were an extravagant shock absorber. 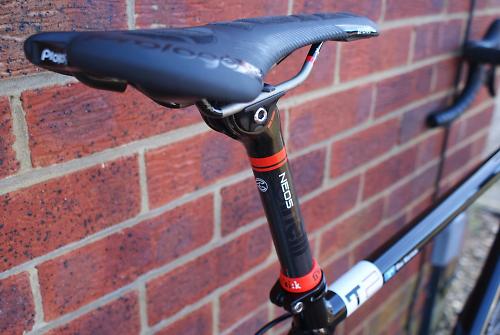 Tempting as it was to go for 3T to match the stem I quite liked the understated look of the Cinelli Neos seatpost calming the front end down a bit. I’m not a huge lover of too many logos.

I’m a Campagnolo fan. I like the way it looks (what can I say, I'm a bike tart) and the shape of the hoods seems to match my hands. Obviously the groupset had to be black and I didn’t take much persuading to pay the small premium for the shiny red bits on the Centaur groupset. A 50/34 chainset with a 12/25 cassette should see me getting up most inclines in the saddle. For the wheels, I had a choice of Campagnolo’s new asymmetric Vento’s or the Scirroco 35mm’s hanging in the shed. After a little Twitter poll it was the Scirroco’s that come out on top. Well the aim here is speed so a little aero advantage could come in handy. Wrapping them in 23mm Continental Gatorskin's should hopefully provide a decent balance of rolling and puncture resistance. 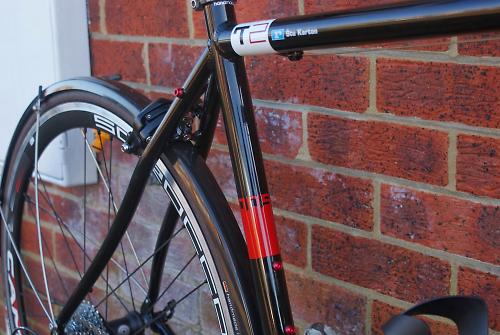 As for the saddle, I had a couple of options, either a Fizik Arione that was in my spares cupboard or the Prologo CPC. I’ve always found Prologo’s take a lot of breaking in but the little rubber tubes on the upper provide a decent amount of shock absorbence so should be perfect for long days in the saddle.

To finish things off I’m waiting for TRP’s new deep drop brakes to arrive which should take care of the slowing down especially as the Miche ones are pretty cheap and use wine gums for brake blocks plus I might change the guards for some PDW ones as well. 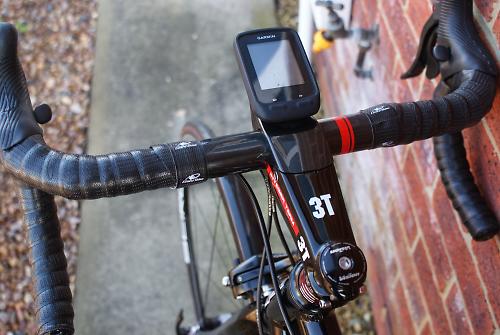 So that’s that then, we’re ready to roll. The first ride is planned for the Gillingham & District Wheelers reliability ride this weekend with the Chippenham ‘Flapjack’ in February. The aim is then to do at least a 200km every month starting with the worryingly titled 214km Barry’s Bristol Ball Buster in March.

Distance is the new speed.