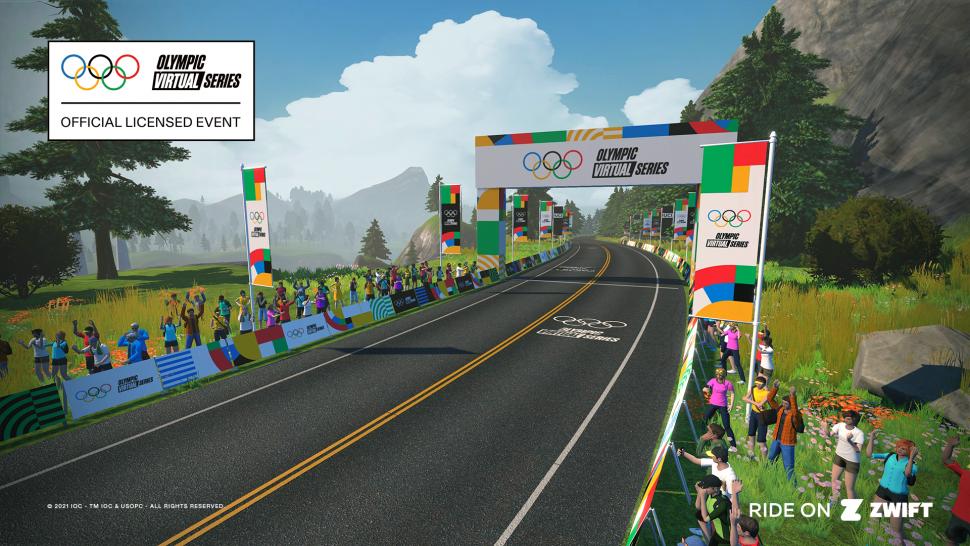 Zwift has announced that it's hosting cycling events along with the Union Cycliste Internationale (UCI) for a new virtual event series called the Olympic Virtual Series (OVS). The new OVS has been launched by the International Olympic Committee (IOC) and is an Olympic-licensed event open to all cyclists across the world, and will take place ahead of Olympic Games Tokyo 2020, between 1-27 June.

Online racing platform Zwift will be hosting the virtual cycling events, and cycling is one of five sports, alongside rowing, baseball/softball, sailing and motor sport, to be involved with the inaugural edition of the OVS.

The OVS promises to deliver a unique Olympic experience based on mass participation and inclusion. Cyclists of all levels will have the opportunity to participate in an official IOC event for the first time.

“The OVS aims to bring the broader cycling and sporting communities together for four exciting weeks of mass participation focused on inclusion and sharing of the Olympic values and spirit,” says the IOC.

The OVS is said to mobilise virtual sport, esports and gaming enthusiasts all around the world in order to reach new Olympic audiences, while also encouraging the development of physical and non-physical forms of sports in line with the recommendations of the IOC’s Olympic Agenda 2020+5.

Zwift has previously collaborated with the UCI in the development of virtual cycling, most notably the launch of the first UCI Esports World Championships in December last year.

More information about the format of the events and how to register to participate will be announced at the end of May.

> Are you a Zwift addict? The gamification of indoor cycling platforms

Fans will also have the opportunity to watch and follow the events on the Olympic Channel.