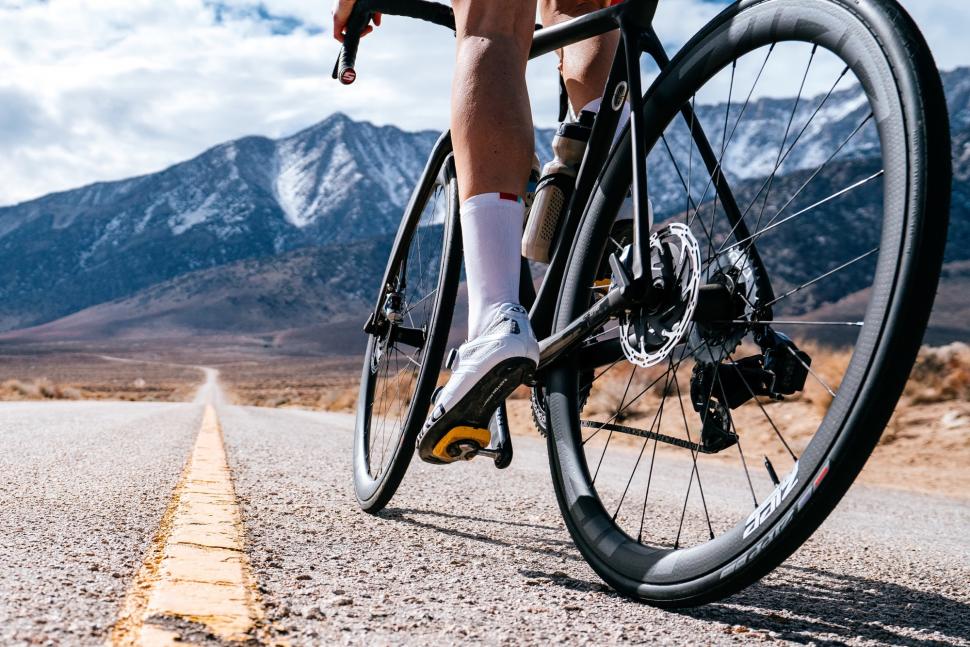 Zipp has launched a new version of its popular 303 Firecrest Tubeless Disc-brake wheelset that's said to be faster and considerably lighter than previously, and more capable over varied terrain. Zipp describes the new design as a 'versatile endurance wheelset for the modern road bike', indicating that it expects this model to be used both on and off tarmac.

We told you about the new Zipp 303 S wheelset earlier in the month, the first indication that the US brand is shifting from concentrating almost exclusively on aerodynamics to a wider focus, and that continues with the new 303 Firecrest. Zipp says that the 303 Firecrest Tubeless Disc-brake wheelset is the first to feature what it calls TSE (Total System Efficiency) Technology, with greater speed resulting from reduced:

"The profile provides low drag and an improved transition between rim and tyre, boosting aero efficiency on the road," says Zipp.

The idea is that airflow is smoother between the tyre and the wider rim – in simple terms, the profile is shaped less like an ice cream perched on top of a cone! The minimum tyre width Zipp recommends is 28mm while the maximum is 55mm.

"The combination of the wider tyre, increased tyre volume, and lower tyre pressure helps to reduce rider fatigue by smoothing out the ride over imperfect pavement and road conditions – the tyre and wheel system absorbs the shaking, not the rider."

Zipp has told us it expects the market to grow for all-rounder bikes capable of riding fast on multiple surfaces – tarmac, gravel, the lot – and these wheels are in part a response to that. Our reviewer Matt Page talked in his review about the hookless rims used for the 303 S wheels (scroll down to the 'Straight sides' section of the review for the details) and Zipp has gone with a hookless profile here too (the rest of Zipp's wheels have hooked rims).

Zipp doesn't put restriction on the brand of tyre to be used, unless the tyre specifically states incompatibility on hookless rims (it says that, along with other rim and tyre manufacturers, it is currently involved in discussions with ISO – International Organization for Standardization – for the creation of a new norm for tubeless systems on the road).

The tyre bed is designed to make it simple to inflate a tubeless tyre without resorting to an air compressor. Matt reported that the 28mm Schwalbe Pro One TL tyres he used on the 303 S wheels inflated easily with a basic track pump, so we hope the same is true here. Zipp hubs haven't enjoyed the best reputation for quality in the past, so a new German-engineered ZR1 DB design is included here, an improved seal design intended to increase durability.

The rear hub features a 6-pawl leaf spring design (two groups of three pawls), a ratchet ring with 33 teeth, and 66 points of engagement.

You get the option of either Shimano/SRAM or XDR driver bodies, or buying a Campag one separately.

You'd expect the 303 Firecrest Tubeless Disc-brake wheelset to be lighter than the previous version courtesy of the reduced rim depth, and it is with a claimed weight of 1,355g. That's a whopping 300g reduction.

Zipp has also given hubset upgrades elsewhere, all of its Firecrest wheels now coming with the new ZR1 hubs (while the NSW wheels feature Zipp's Cognition hubs). The wheels have also been updated with the new 2021 model year graphics.

Get more info from www.zipp.com.