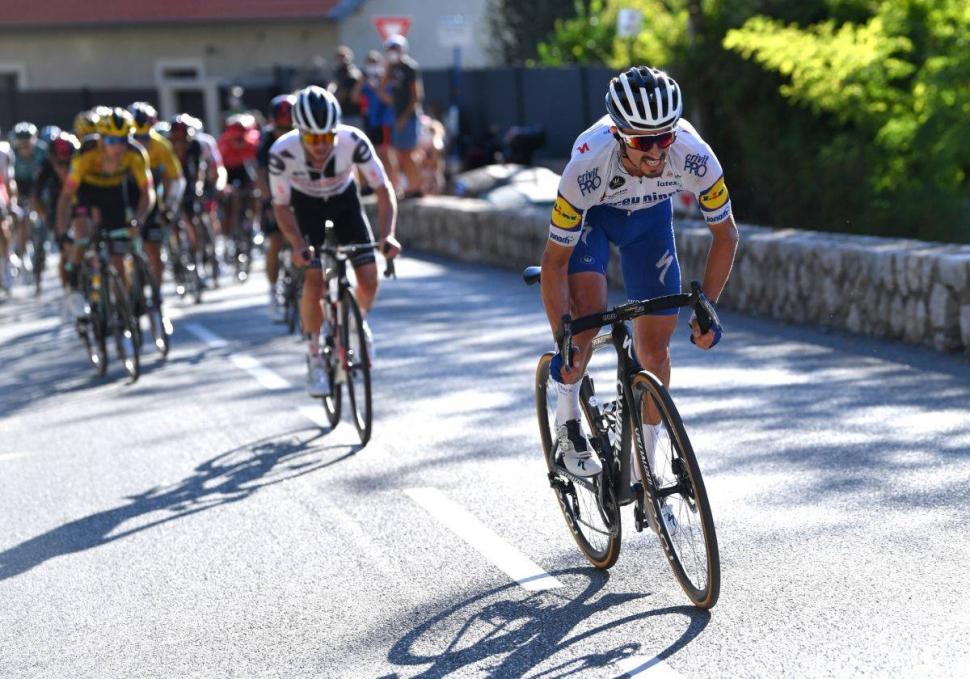 First, it was Mathieu van der Poel on stage two, then Merlier on stage three, but before tubular tyres could make it three wins in a row, Mark Cavendish stole a win back for clinchers. Are tubulars still reigning supreme, or are tubeless and clincher set-ups continuing to make inroads in the pro peloton?

There's more of a mix of tyre types in the pro peloton than ever before. Teams like Van der Poel’s Alpecin-Fenix are using Shimano Dura-Ace wheels and tubulars, the Deceuninck–Quick-Step and Bora-Hansgrohe teams are using Roval Rapide CLX wheels and clinchers, and UAE Team Emirates is using Campagnolo Bora Ultra WTOs fitted with tubeless tyres from Vittoria. Then you have a lot of teams, including Bahrain Victorious, using a mix of tubular and tubeless tyres. There’s a lot of tyre action going on out there!

The benefits of tubeless tyres have been known for some time. They can have their drawbacks, but those are mainly dealt with before your ride when you have a team of mechanics preparing your bike for you.

Here's a very brief rundown of the pros and cons of tubeless tyres.

So why the slow change? 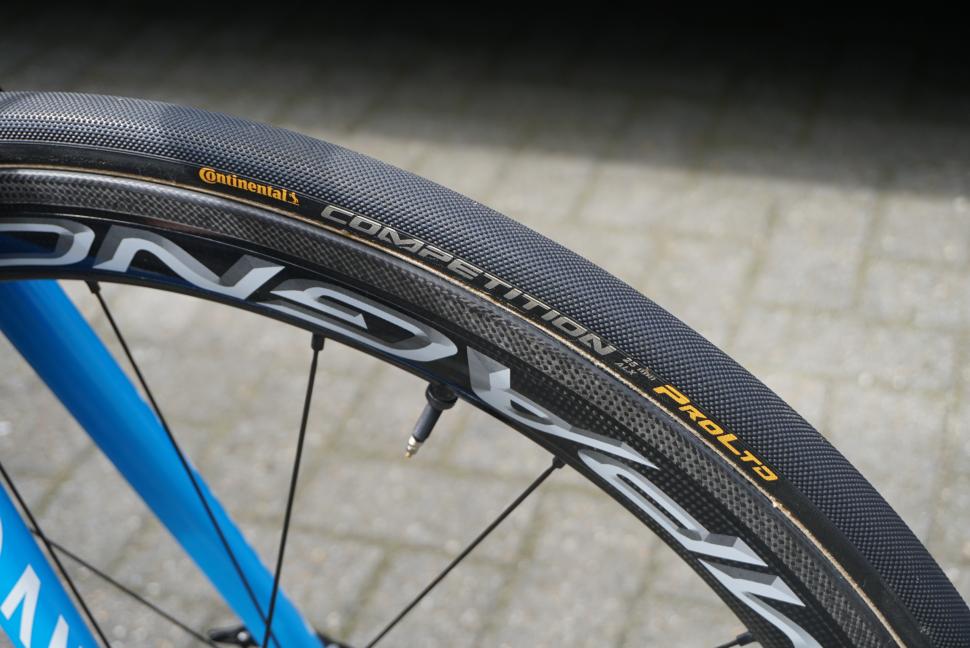 Tubeless has been tiptoeing its way into the pro peloton for a few years now, but the pros are notoriously resistant to change, not just in their bike tech, but in their training, diet, recovery and essentially anything involved with pedalling a bicycle.

We have seen tubeless tyres used in the biggest races before. Alexander Kristoff (who isn't racing in this year's Tour de France) seems to be a fan, having used them for Paris-Roubaix in the past (though he did puncture quite a few times that day).

The history of tube-type clinchers at the top level hasn't been as notable, but both Julian Alaphilippe and Mark Cavendish have won stages on them in this year's race.

Many pros still like tubular tyres because of the safety they offer in the event of a puncture. As the tyre is glued to the rim, it should stay there when deflated, allowing the rider to continue rolling along at the back of the peloton until their team car comes up to change the wheel. This gives the rider a shorter chase back to the bunch.

Arguably, tyre inserts such as the Vittoria Air Liner provide tubeless tyres with a similar benefit as they allow you to ride on if you lose pressure in your tyres, doing a great job at keeping the tyres on the rim when flat, although fitting these does mitigate the weight-saving gain of tubeless systems.

In an ideal world, sponsors would prefer to see riders win on models that the public are likely to buy, and that means wheels that take clinchers and tubeless tyres. The market for tubular wheel/tyre systems is small.

Can we trust the opening week of the Tour de France?

Never is the world’s cycling and general media more focused on bike racing than during the opening stages of the Tour de France. As a result, the brands that pay the riders to use their latest and greatest kit want it used. Preferably, their star rider will use it to win, and then sing its praises to the waiting media.

Specialized has been one of the companies leading the charge for tubeless technology, yet Roval's latest wheelsets have shunned tubeless, opting for a tube-type clincher design (Roval is owned by Specialized although it is run as a separate company).

> Lighter, wider, more aero: which wheels work best for your type of riding?

Wildcard team Alpecin-Fenix’s Mathieu van der Poel scooped up the win and the yellow jersey on Stage 2 after attacking on both ascents of the Mur de Bretagne. He was rolling on Shimano’s Dura-Ace C60 with Vittoria Corsa tubulars, claiming a win back for tubulars.

Stage 3 again went the way of Alpecin-Fenix and Vittoria’s tubulars, with Tim Merlier crossing the line first, after a crash a couple of hundred metres from the line took out the competition, including Lotto-Soudal's Caleb Ewan and Bora Hansgrohe's Peter Sagan.

Then came the first time trial on Stage 5, with Tadej Pogacar pacing it perfectly against the clock. He stormed to victory with a tubeless-ready Bora WTO 77 front wheel wrapped in Vittoria’s Corsa Speed Tubeless tyre, while at the back he had the tubular-only Bora Ultra TT with the tubular Vittoria Corsa Speed.

Deceuninck-Quick Step hit the hat-trick of wins for its clincher system on Stage 6, while Mark Cavendish himself completed a hat-trick of Tour stages win in Châteauroux. Dylan Teuns of Bahrain Victorious took the second win for the team and another for the Continental’s tubulars on Stage 8, also wrapped around Vision Metron SL Disc wheels.

AG2R-Citroën are using both tubulars and tubeless, Ben O’Connor opting for Campagnolo Bora One wheels with Pirelli P Zero Race Tub SL tubs for his impressive solo victory on Stage 9 in the Alps.

Tallying it up, in terms of wins, this is how the battle between clinchers, tubeless and tubulars currently stands.

[The half marks are because Tadej Pogacar used one tubeless tyre and one tubular.]

Of course, we're not suggesting these riders won because of the tyres they chose; we're just using stage wins as a snapshot of what's going on in the peloton.

How will the rest of the Tour shape up for clincher, tubeless and tubular systems? Clinchers seem to be going great guns – courtesy of some very talented riders, obviously – but if Ben O’Connor’s choice for the mountain-top finish at Tignes is an indication then we can probably expect the climbers to stick to their tubulars. Tubeless seemed to be getting a foothold in the pro peloton last year, but it’s not been very successful so far this year in terms of wins, so the next couple of weeks are going to be interesting.