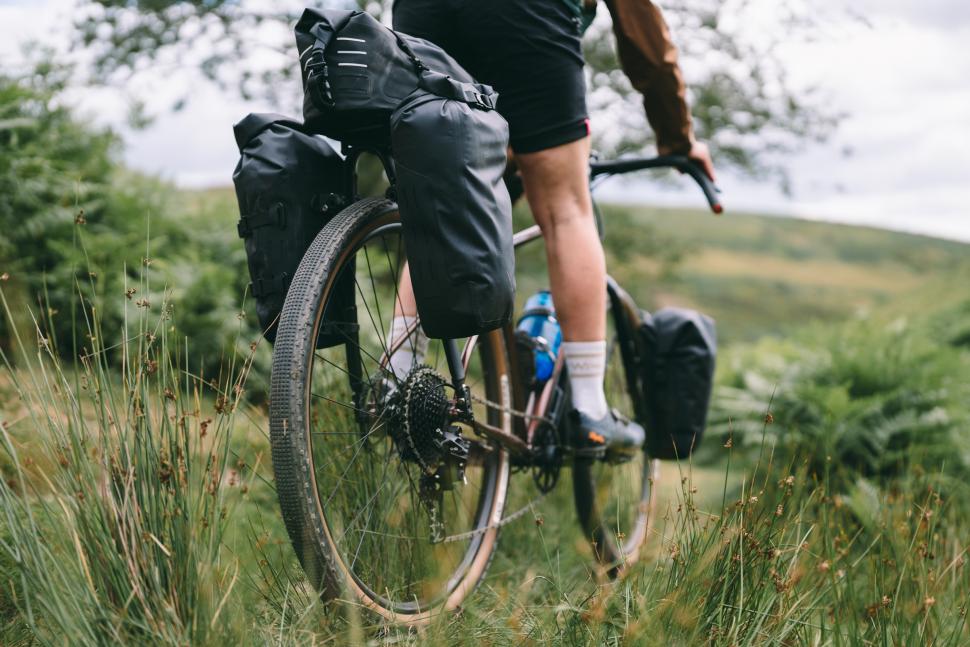 Tailfin has released 5L and 10L Mini Panniers that it claims are strong and secure enough for attacking some serious off-road routes. “It’s our intention for them to finally put pannier bags back in the running for use on modern bikepacking adventures,” says Tailfin. 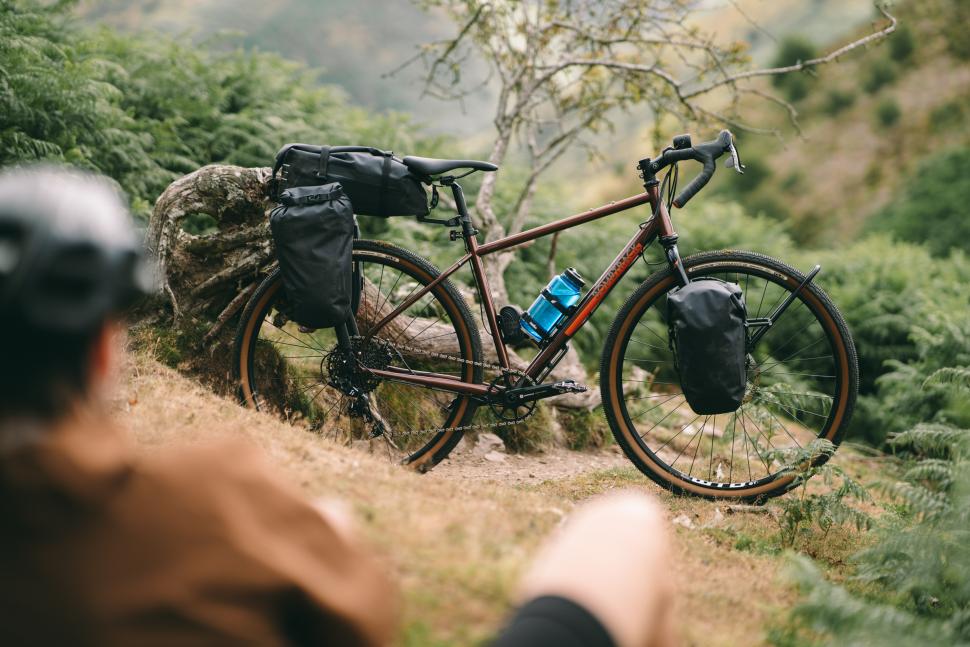 > Your complete guide to bikepacking - what kit you need, how to plan and prepare plus inspiration for an adventure

The Mini Panniers have been shaped to create a minimal profile that is said to reduce the risk of snagging on tight tracks.

“Perfect for the pannier sceptic bikepacker worried about the extra volume, weight and performance issues a normal pannier setup brings to the party,” says Tailfin.

The technical bikepacking designer and manufacturer believes its well-designed pannier bags offer some useful advantages over the usual cage/strap/drybag method of carrying kit.

“The Mini Panniers will also have a longer life as there are no fixing straps that can wear through precious dry bags when faced with mud and other trail debris,” Tailfin points out.

“The subtle tapered shape ensures your load is cradled in a rattle free way without creating any potential dead space." 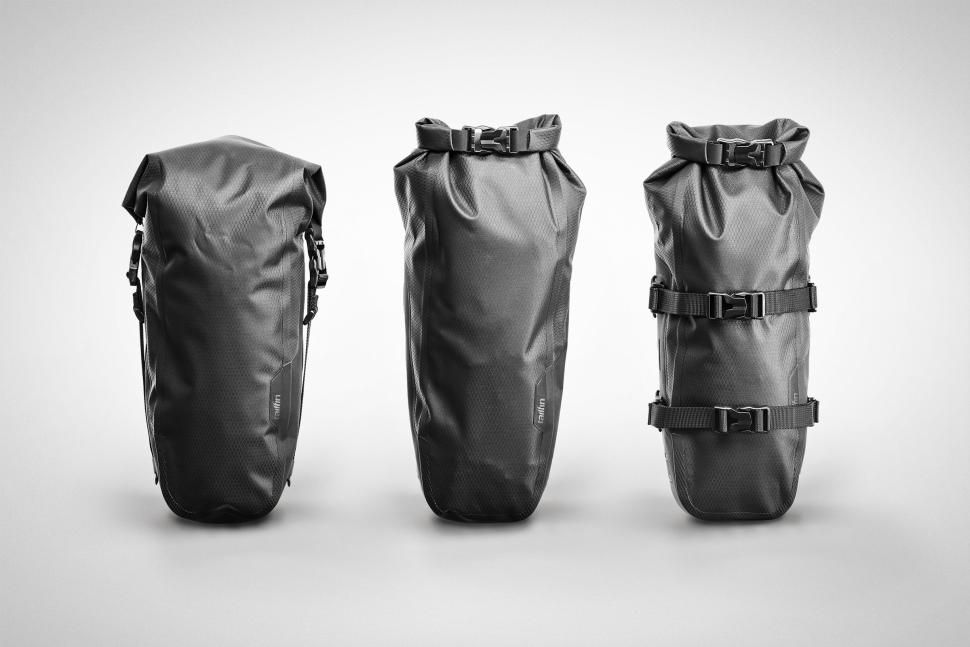 Made from 100% waterproof materials, durable Hypalon laminate is used in the high wear areas of the bag. It's paired with a lighter, more flexible ripstop nylon in the upper portion for easy rolling and flexible load-carrying.

The wide top opening is designed to allow for easy rapid packing, attached to the bike or not. 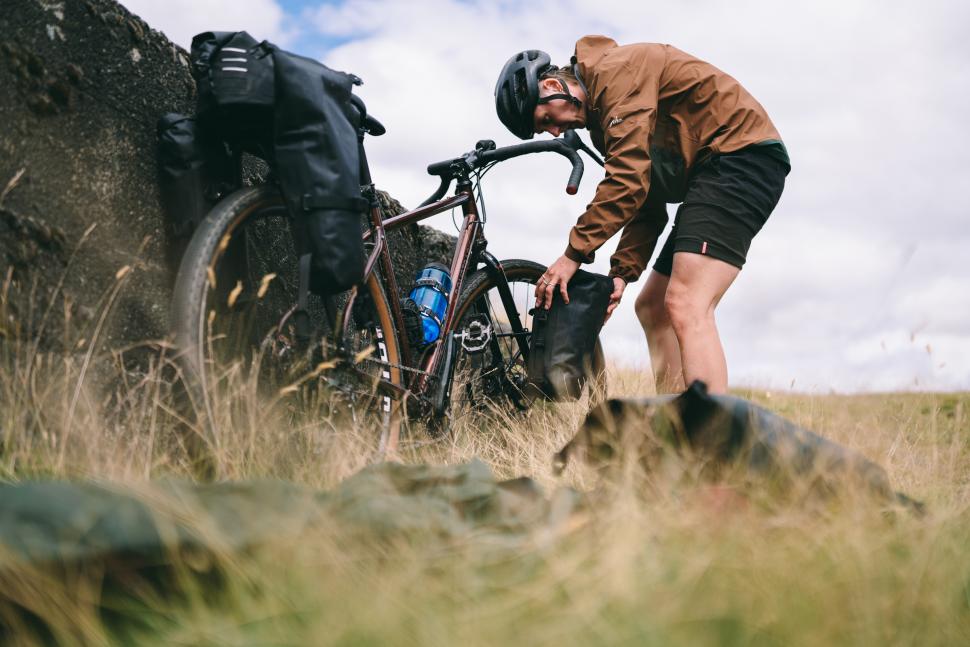 Rigorously tested in-house on fatigue and shock-loading machines, Tailfin stands by the system being strong enough for it to recommend using the Mini Panniers off-road. 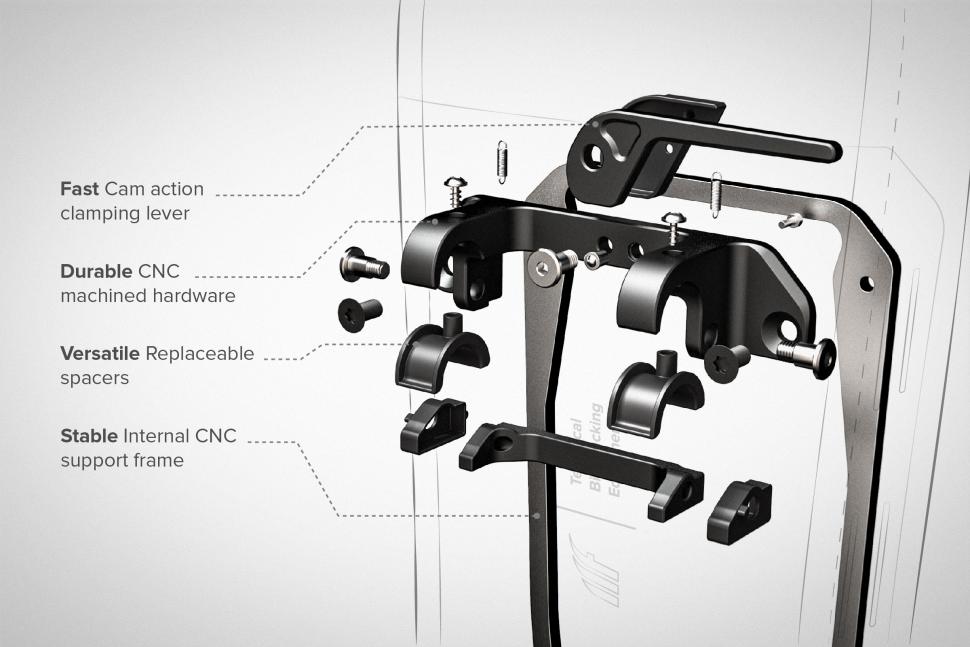 “The result is a rock solid clamp mechanism that creates an almost seamless connection between rack and bag,” claims Tailfin.

A single finger lock/release cam lever is used for attaching and removing.

“The design of this lever provides positive feedback to the user when fully closed and fully released, resulting in an incredibly tactile feel for increased rider reassurance,” says Tailfin.

This cam lever features a replaceable nylon bushing that is intended to eliminate metal on metal wear.

Tailfin adds: “We have been at pains to protect all moving parts from dirt and water ingress to further enhance the reliability of the system – essential for a product designed to work anywhere in the world and over any terrain.”

The X Clamp is screwed to a rigid CNC machined 6061-TG aluminium alloy internal structure that’s found inside a false pocket within the bag.

While the Mini Panniers are designed to work best with Tailfin’s own range of Racks or AeroPacks, they also work with front and rear racks from other brands. 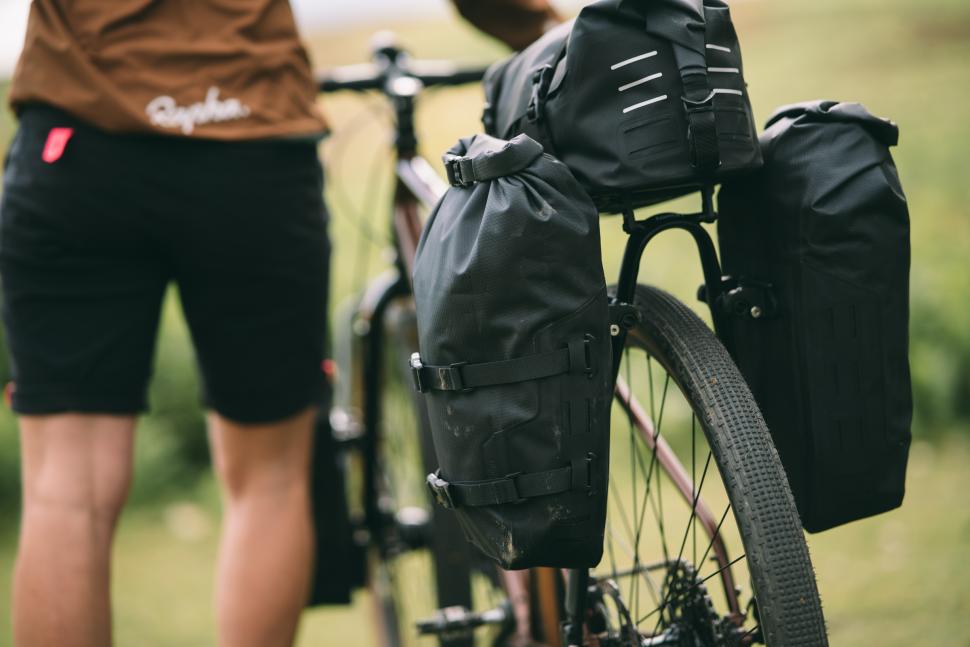 Clamp spacers are included with the bags for fitting to industry standard 8, 10 or 12mm tubing diameters - which should cover the majority of racks.

Two pairs of T-Hook compression straps come included with each Mini Pannier and these are designed to be attached to the side of the packs, either vertically or horizontally, for added functionality. 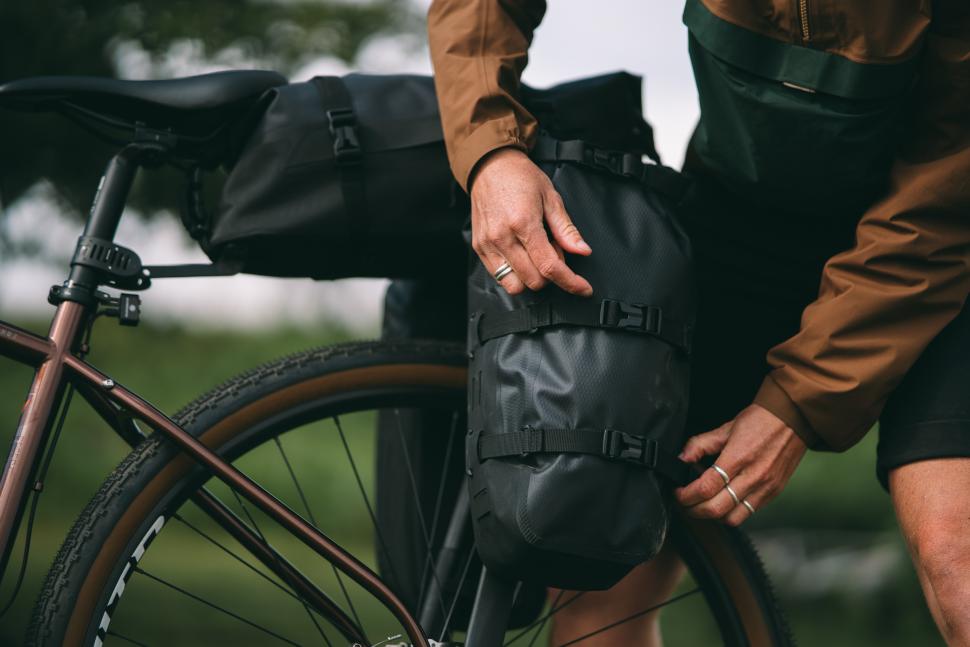 Tailfin adds that the T-Hook straps can also be attached horizontally to provide further compression, or for attaching additional items to the front of the bags. 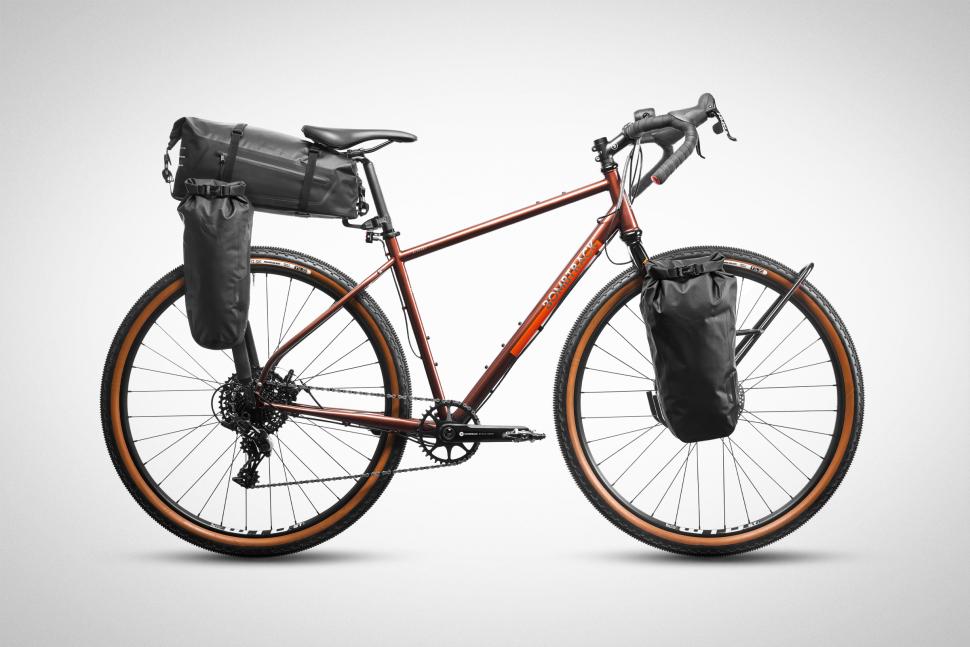 You can find more reviews of bags over here.

The 5 Litre bag costs £60 and the 10L option is £80, and both are backed up with Tailfin's five year no-quibble warranty and a crash replacement policy.

“Should anything happen to the packs, we are able to ship individual components, screws, repair patches, entirely new bag skins or complete products direct to the customer wherever they are in the world,” promises Tailfin.