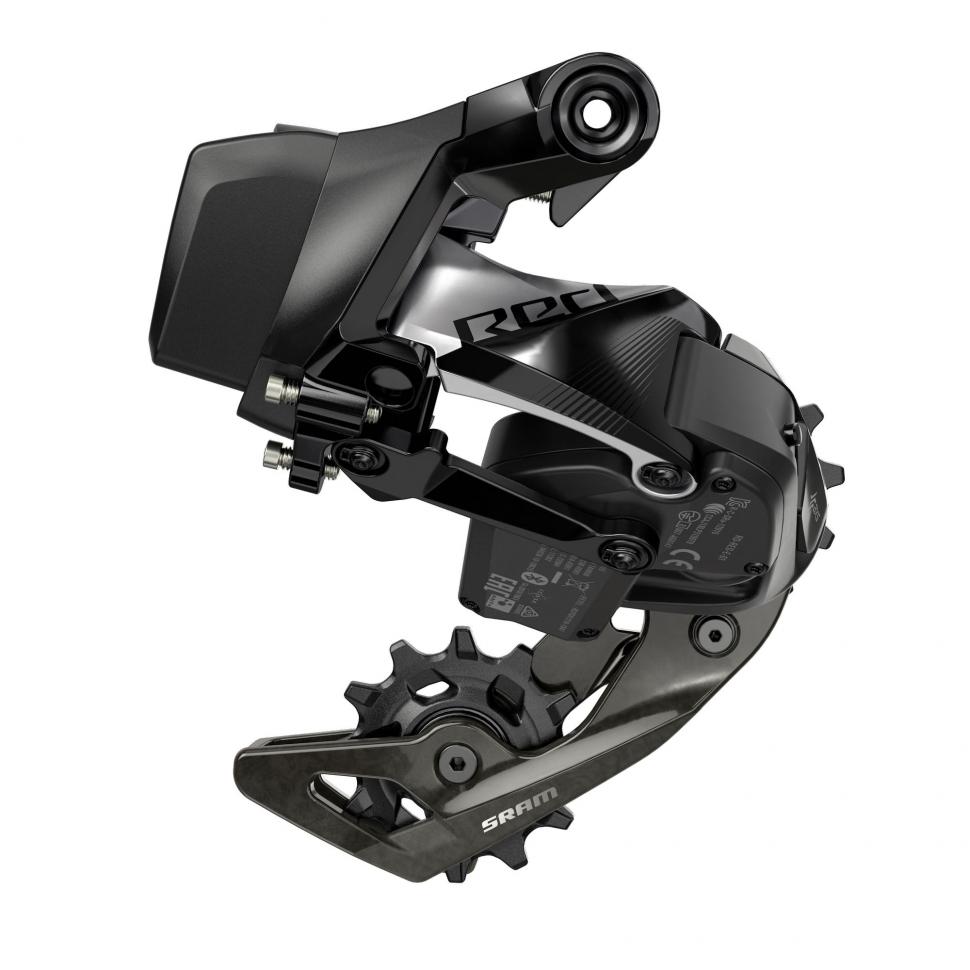 SRAM has launched a new rear derailleur for its top-level Red eTap AXS wireless groupset which can work with cassettes that have a maximum sprocket size of 36 teeth.

Until now the maximum number of teeth a SRAM Red eTap AXS rear derailleur could handle was 33. 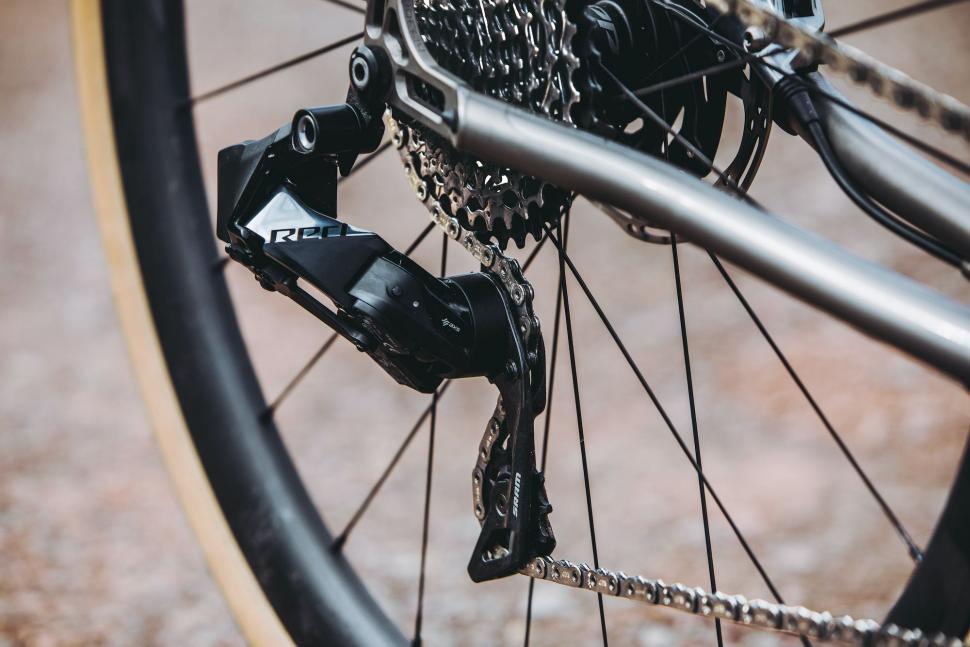 SRAM isn’t introducing a new Red-level cassette but the SRAM RED eTap AXS 36T Max rear derailleur works with the existing Force XG-1270 10-36T cassette (£170), and with cassette sizes down to 10-28T. These cassettes require an XDR driver body. The new rear derailleur isn’t compatible with SRAM’s 10-26-tooth cassette – the Force version of which is being phased out, the Red version remaining in the range – but it can be used with both single (1x) and double (2x) chainsets.

The drivetrain tooth capacity (the difference between largest/smallest tooth numbers on chainrings added to the difference between largest/smallest tooth numbers on cassette cogs) for the SRAM RED eTap AXS 36T Max rear derailleurs is 39T. This means that if you use a 10-36-tooth cassette the maximum difference you can have between chainrings is 13-teeth – so 43/30T, 46/33T, 48/35T, and 50/37T chainsets are all open to you.

For comparison, the lowest gear that you can currently get with Shimano’s top-end Dura-Ace groupset is 34 x 30 (30-tooth is the largest a Dura-Ace rear derailleur can handle and the largest sprocket size on any Dura-Ace cassette). Using a 700C x 32mm tyre, this combo would give you 30.52 gear inches. Shimano is widely expected to release a new version of Dura-Ace later this year. 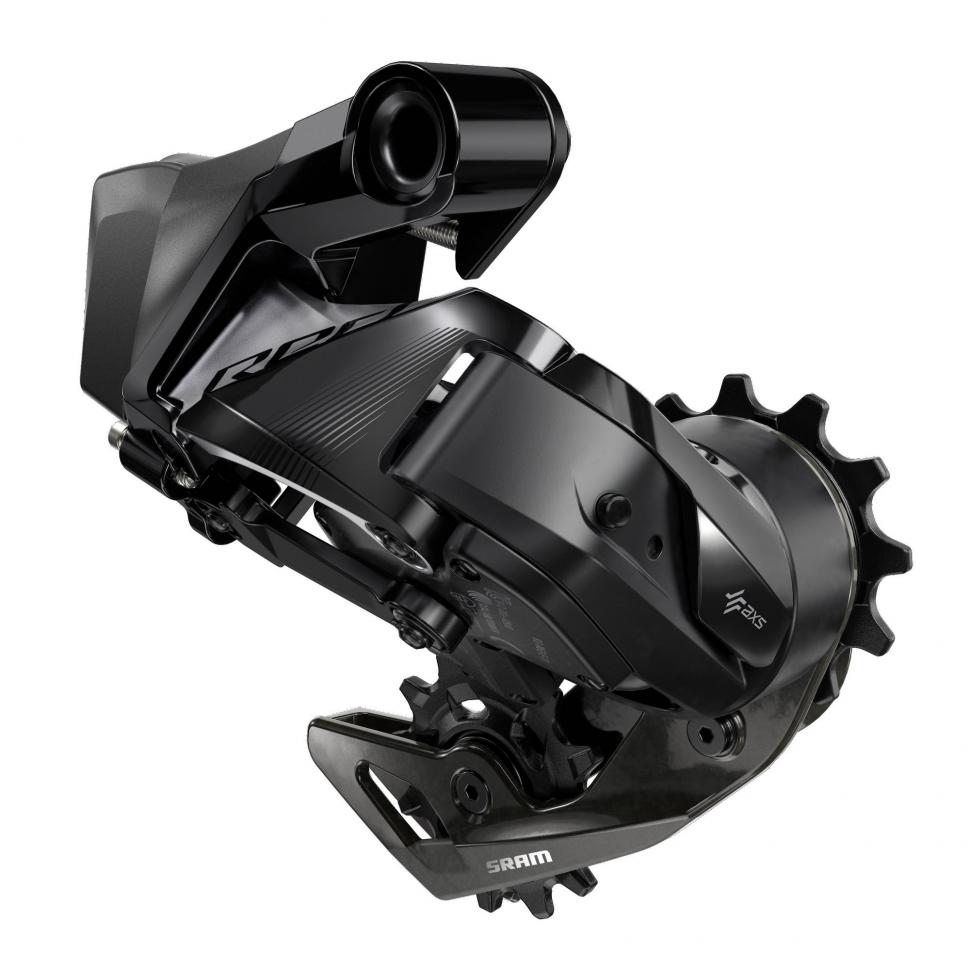 “The benefit of a larger maximum cassette size will allow for a greater gear range while also offering closer gear steps across the cassette for maintaining a comfortable cadence,” says SRAM.

The new rear derailleur is very similar to the existing SRAM RED eTap AXS design so, for example, it includes the Orbit silicone fluid damper with a one-way valve that controls the rear derailleur cage's anti-clockwise rotation. This stops the lower pulley from moving forward when uneven road surfaces lead to the chain being pulled downward. 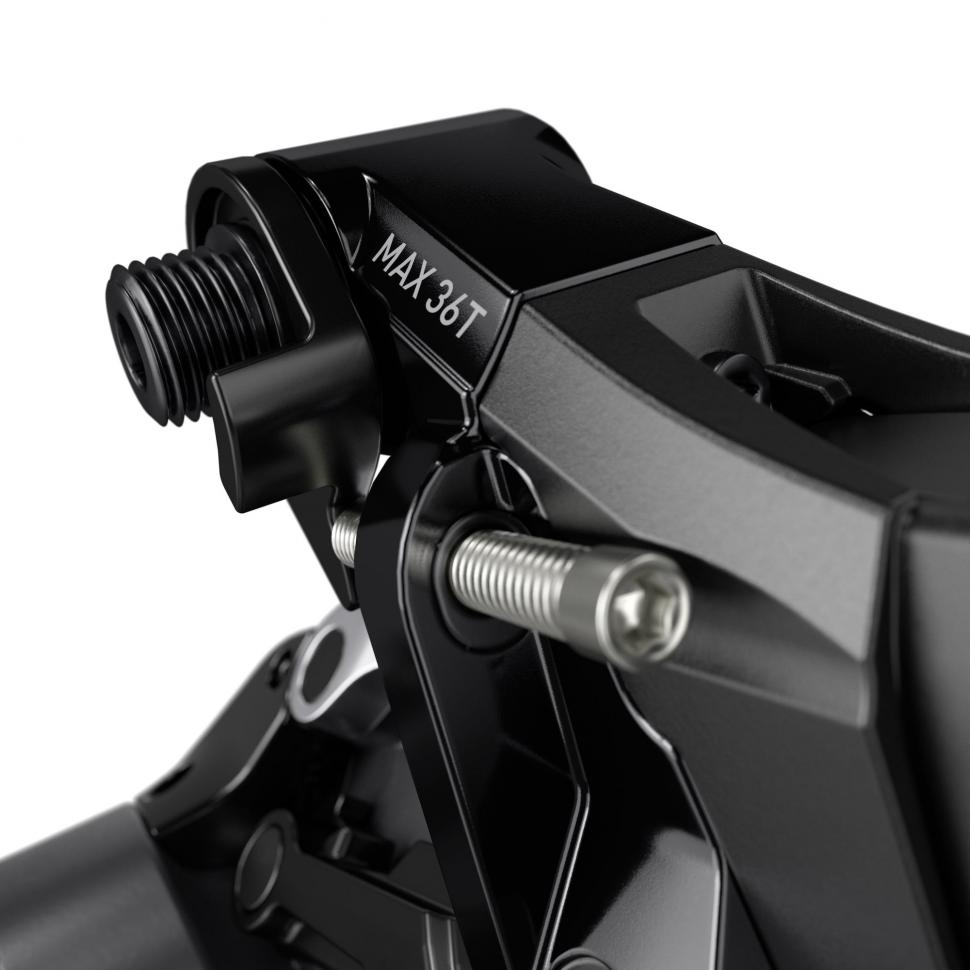 The frame fit specification for the SRAM RED eTap AXS 36T rear derailleur is the same as the existing 33T Max model. If you make the switch to a larger cassette size you’ll obviously need a longer chain.

SRAM says that the introduction of this new rear derailleur was driven by demand from consumers and OEM (original equipment manufacturer; the products specced on complete bikes), with people looking for more capable and versatile drop handlebar bikes. Trek will offer it as an option if you buy a bike through its Project One programme, for instance. 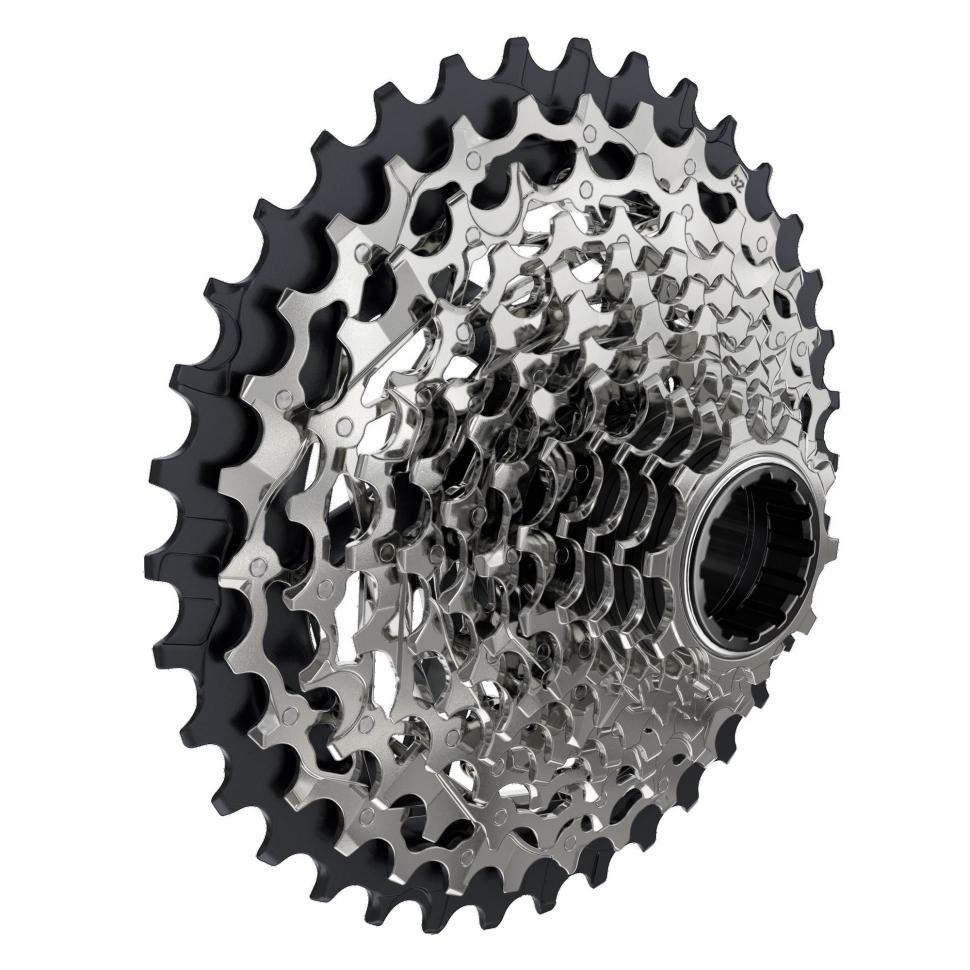 Force cassettes are now changing to a nickel-chrome finish, although the aluminium largest sprocket will remain grey/black.

The SRAM Red eTap AXS 36T Max rear derailleur (part number 00.7518.153.000) works with the SRAM AXS App and is priced £610. The battery (which is the same as an existing AXS battery) isn’t included. Assuming that deliveries have gone as expected in the current climate, the new rear derailleur is available from today.