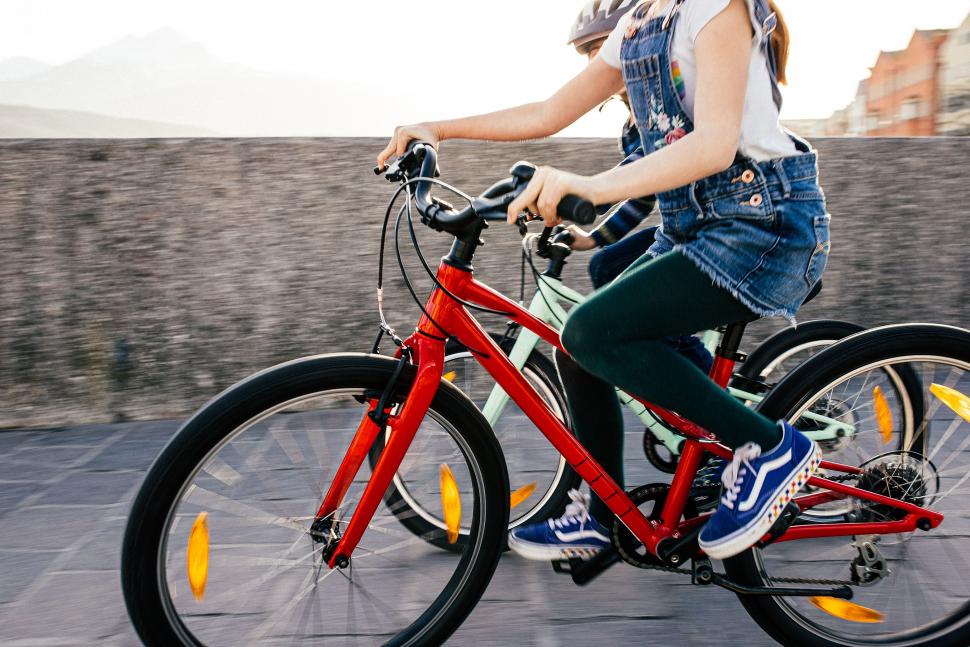 Specialized has released a new Jett kids' bike that is designed to fit for three summers of growth, not only to give a child a bike that fits properly for longer but also to give parents a more palatable investment. Buying a bike for a growing child is always tricky. Should you buy one that fits them perfectly, in which case a growth spurt could make it too small in no time? Or should you buy one that's slightly too big on the basis that they won't grow out of it for a little longer? Specialized says that it “took the average growth curve of kids, and built 30 months of growth into the adjustability of the Jett” to allow the bike to grow with the rider.

The idea that a bike could last for three summers should be an appealing prospect to parents as it would mean a larger gap between buying bikes. That said, the road.cc (virtual) office has been debating the validity of these claims and our take is that everything will hinge on how quickly your child decides to grow. The adjustability that Specialized is talking about includes a long seat post, which it says is 60mm longer than the seat posts typically stocked on kids' bikes, adjustable handlebars so that you can extend the reach, and also two holes for the pedals so that the cranks can effectively grow with your child’s legs.

Specialized says that even for kids, comfort comes from a bike that fits well, and as we all know, that’s important for the enjoyment of cycling. Specialized says that a combination of a kids'-specific saddle and a narrow Q-factor (the lateral distance between the pedals) adds to the comfort. This, Specialized says, helps with knee and hip alignment which “helps to avoid knee pain and improve pedalling power—so riders can pedal further, faster.”

Check out 16 of the best kids' bikes

While your child might not be at the stage of chasing those final few watts, factors that make pedalling easier should be a simple way to improve their enjoyment of cycling.

As with the Hotwalk, released at the end of last year, Specialized has gone for narrower-diameter grips to allow smaller hands to get a better hold on the bar. Similarly, short-reach brakes have been used for easier control.

A lot of these ideas, such as a narrow Q-factor and small-diameter grips, have been found on bikes from the likes of Islabikes for many years. For those performance-minded riders, there is, unfortunately, a lack of the carbon option that we saw with the Hotwalk!

Specialized says, however, that weight was one of the key considerations with the Jett. Having a light bike can really help kids get up more inclines and also improve the handling. Coming in at a claimed 9.39kg for the 24in and 8.76kg for the 20in multi-shift bikes, the Jett is certainly impressive in terms of weight.

Those prices are comparable with those of main rivals, if not a little lower.  A Giant ARX 24 is £399, for instance, and Islabikes Cnoc bikes are the same price.