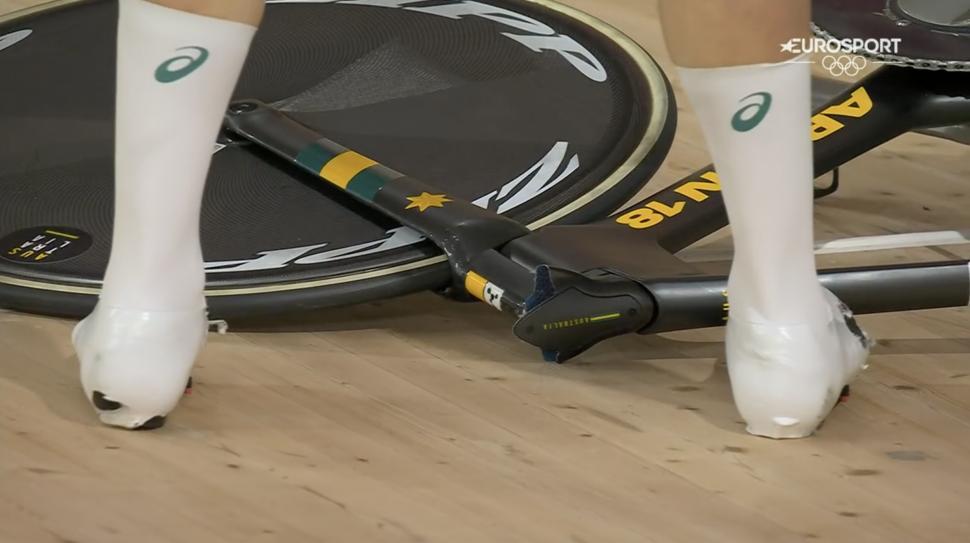 3D-printed titanium base bar was exposed to far greater forces than it was designed to handle, incident resulting in a crash in men's team pursuit qualification
by Mat Brett

The snapped handlebar that resulted in Australian rider Alex Porter smashing into the boards of the velodrome at the Tokyo Olympic Games was caused by inadequate design specifications supplied to the manufacturer and a failure to conduct adequate fatigue testing in the lead-up to use in competition, according to a new report.

You might remember that the Aussie men had to take to the start line again in the qualifying round of the team pursuit after the titanium additive manufacture (3D printed) base bar from Bastion Cycles broke.

AusCycling, the national governing body for cycling in Australia, initiated the investigation and says it will introduce a range of measures in response to the findings of the independent report prepared by mechanical and aeronautical engineer John Baker. He found that a range of factors contributed to the failure with two of them critical.

First, the report found that, “The Australian Cycling Team provided an inaccurate specification for the design and manufacture of a replacement pursuit base bar, in particular actual riding forces were some one-and-one-half times those specified.” 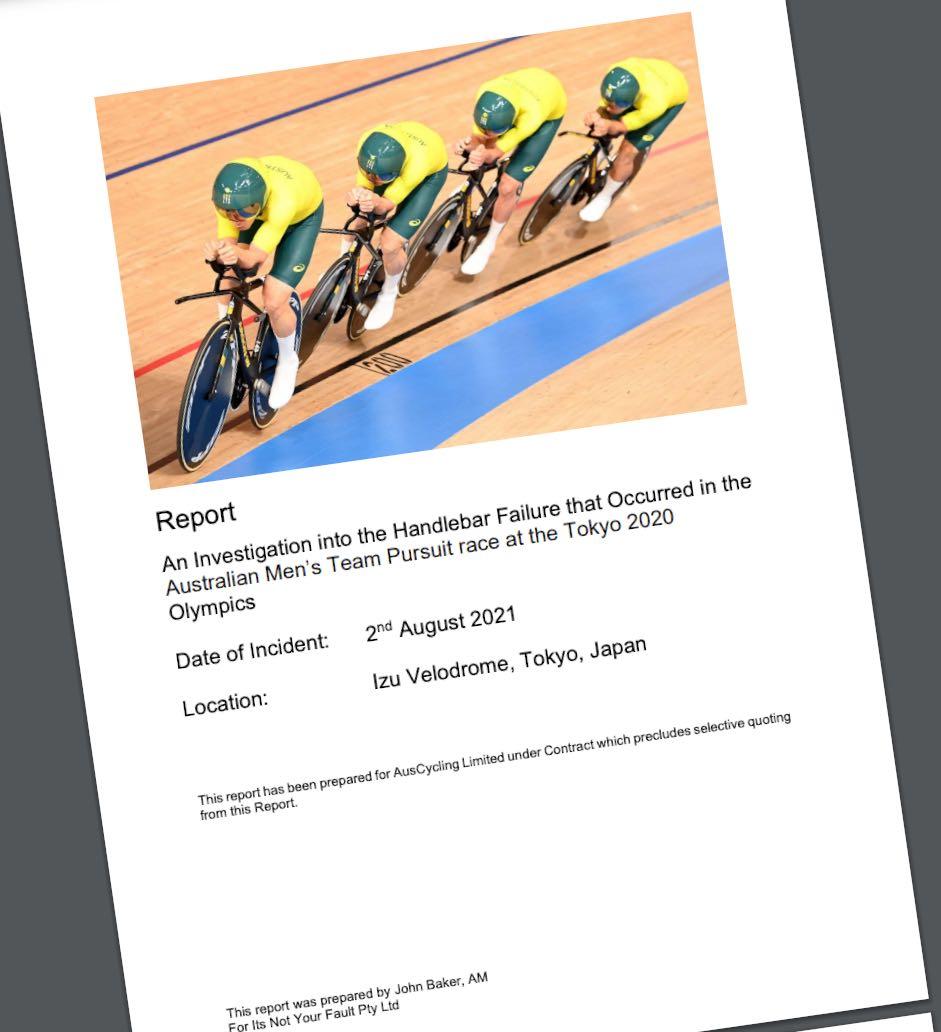 Second, the report stated, “The testing standard included in the specification included fatigue strength testing. This requirement was reduced from 200,000 test cycles to 50,000 test cycles by the Australian Cycling Team without justification.”

The report identified the failure of the handlebar as “low cycle fatigue caused by the higher than specified rider forces from an initiation site just forward of the base bar to steering fork front mounting bolt hole”.

The higher riding forces mentioned were found to have been applied repeatedly during the race start meaning the base bar, while designed to brief, was only 65 percent as strong as was required in competition conditions.

The report found that a lack of adequate processes and policies meant that the issues weren’t detected and rectified before the team raced at the Olympic Games.

AusCycling says that it will adopt all of the recommendations.

The report also made five key recommendations for the manufacturers of the base bar, Bastion Cycles. One of these recommendations is: “When supplying components (base bars) for use by customers on their equipment, provide recommended fastener attachment values to match the component’s design and material type.”

Bastion co-founder Ben Schultz said, “It is heartening to know that the quality of our products was not the primary cause of the failure, but we also have work to do to improve our capabilities and knowledge base.

“Bastion is committed to working with AusCycling and the team as we address each of the recommendations and work towards the future.”

You can read An Investigation into the Handlebar Failure that Occurred in the Australian Men’s Team Pursuit race at the Tokyo 2020 Olympics here.