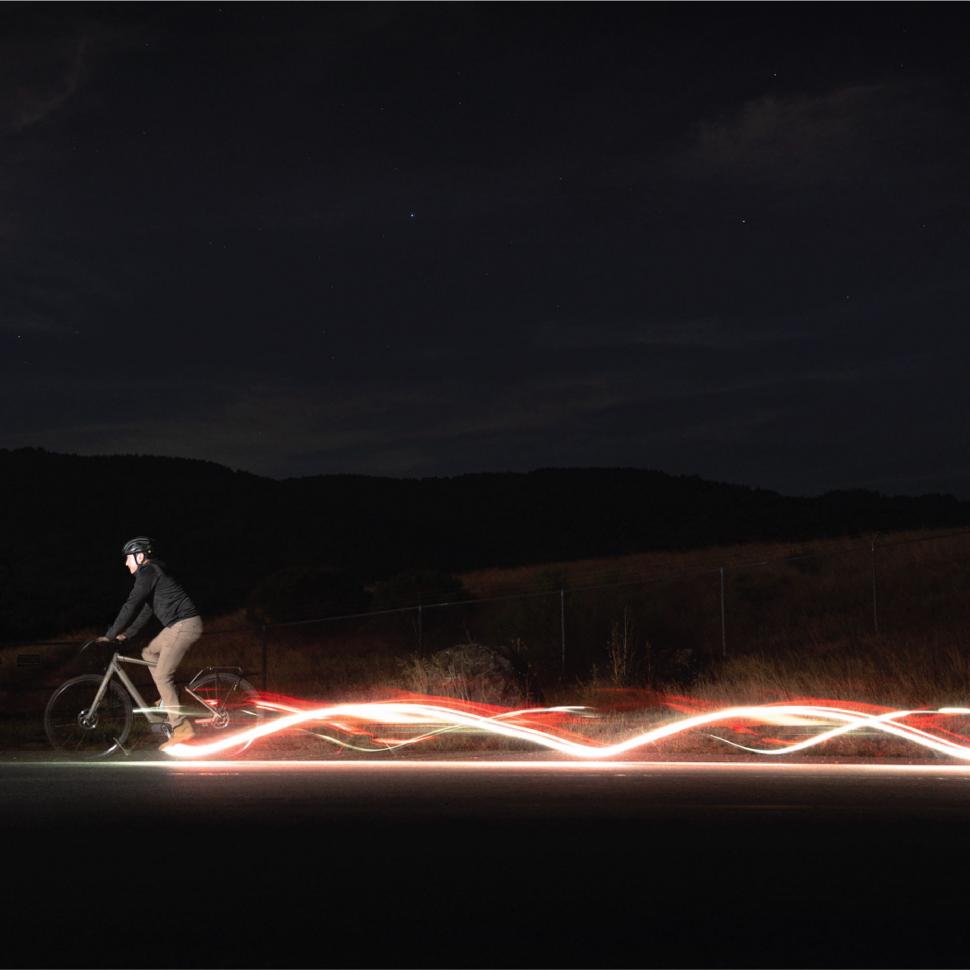 Arclight pedals, designed to attract attention through your cycling motion, have already achieved over 500% of their Indiegogo goal
by Mat Brett

Redshift has already smashed its Indiegogo funding target for Arclight pedals, which feature LEDs facing both front and rear, with more than a month remaining. It currently has pledges totalling over 500% of the £14,500 goal.

“The Arclight pedals are a unique set of bike lights that take advantage of the natural motion of a cyclist,” says Redshift, a US brand that started on Kickstarter back in 2013. 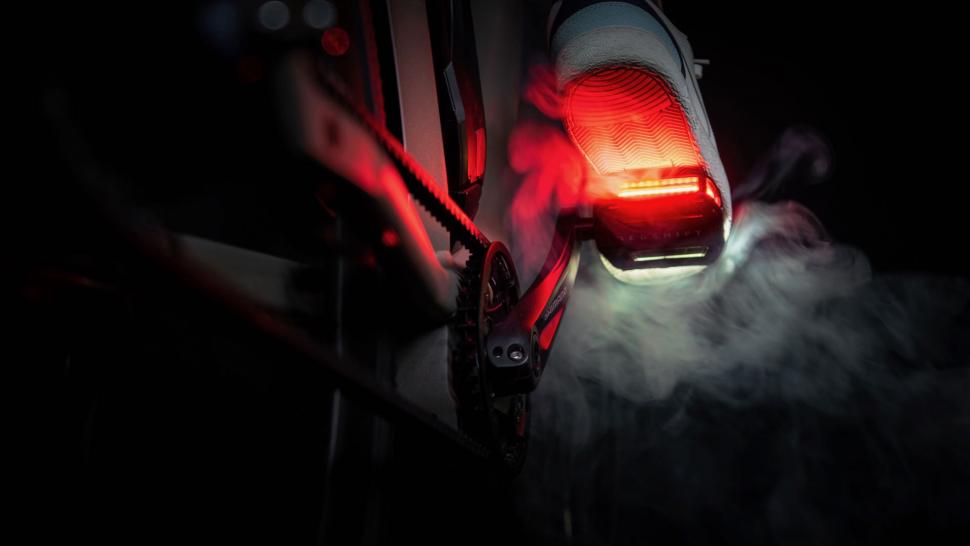 “The pedalling motion creates a distinctive and instantly recognisable light pattern. This unique light movement provides a clear signal to motorists of a cyclist's presence.”

Redshift says that the pedals increase visibility by up to 57% compared to standard bicycle tail lights, citing a recent article in Accident Analysis and Prevention journal as a source for this claim. 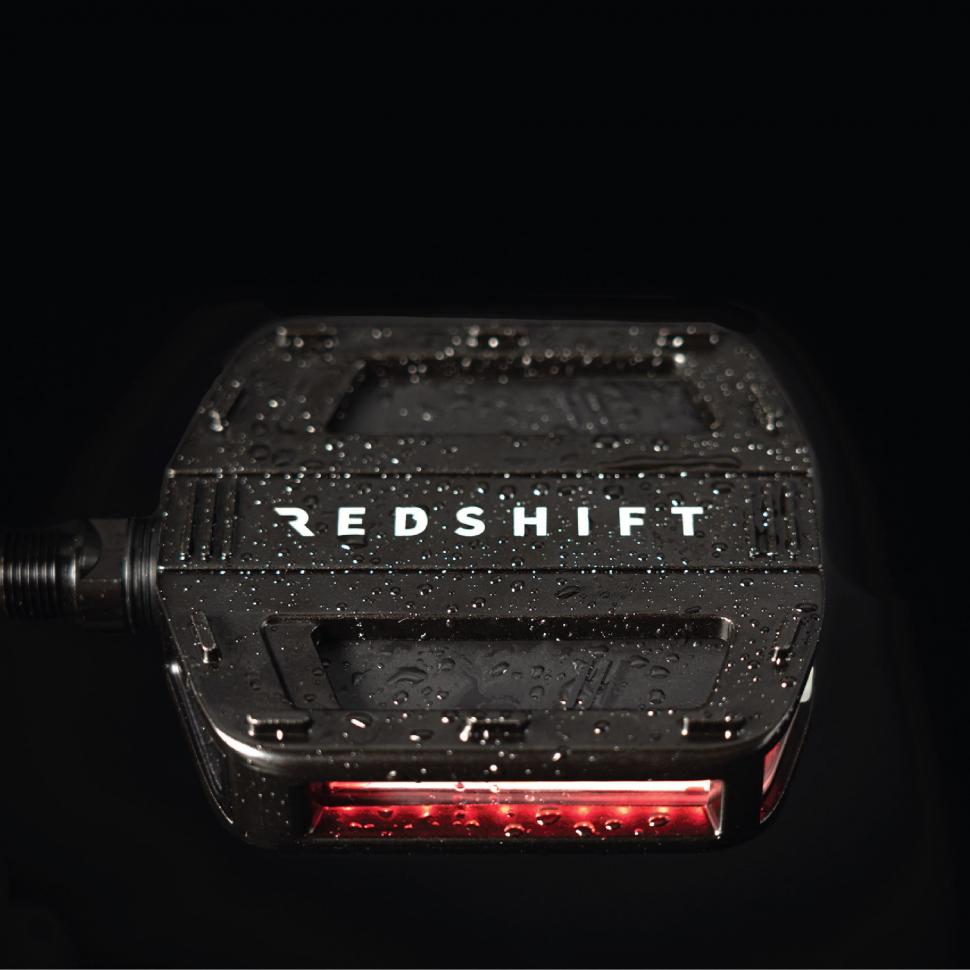 The Arclights are aluminium platform pedals that include four rechargeable and removable light modules (two for each pedal) that have built-in smart features and customisable flash modes.

Read our review of the Redshift ShockStop Suspension Seatpost

A sensor detects the pedal’s orientation and shines the appropriate coloured light. In other words, whichever way up the pedal is, it’ll shine white to the front and red to the rear. 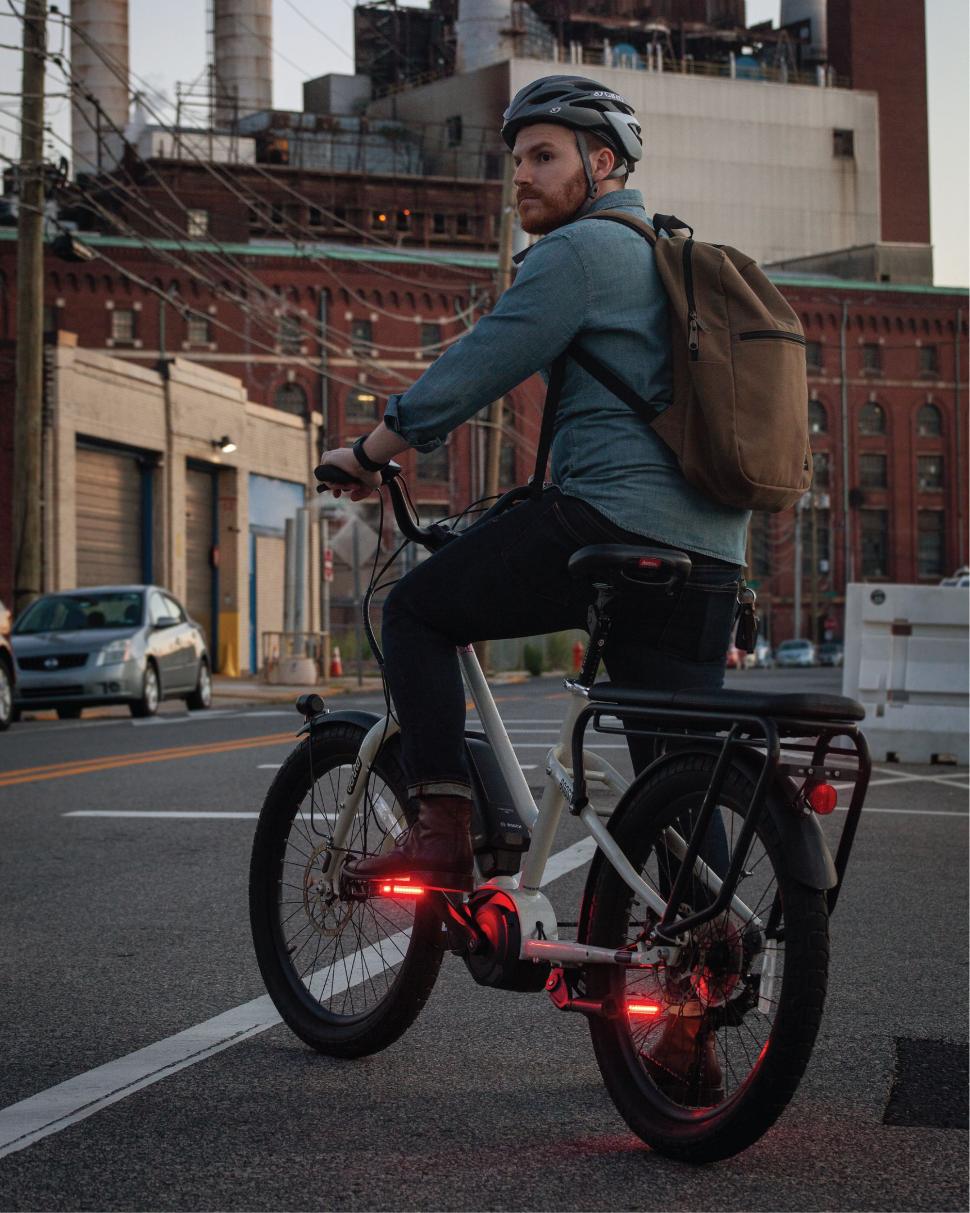 The lights turn on automatically when you start riding and turn off when you stop.

The pedals fit any crank with a standard 9/16in thread, and the light modules are held in place magnetically. They’re said to be easy to remove for recharging via USB.

The pedals are IP64 rated, meaning that they’re protected from dust ingress and splashing water coming from all directions.

You get three light modes: steady light (giving you a claimed three hours per charge), flash (11 hours), and eco-flash (36 hours). 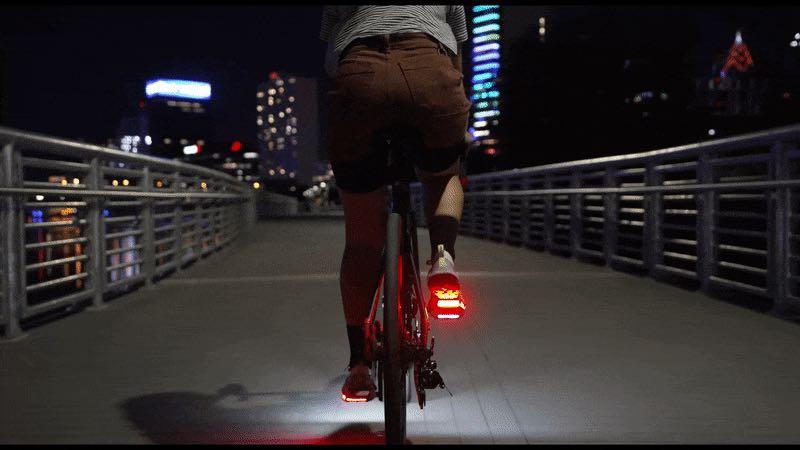 Pedal lights already exist. You can buy a Vision Light kit for Look’s Geo pedals, for example, although these don’t have the Arclights’ smart features.

If you’re riding in the dark, UK law requires that each of your pedals features two amber reflectors positioned so that one is visible from the front and the other from the rear. We all know, though, that many pedals – particularly clipless pedals – don’t feature reflectors. 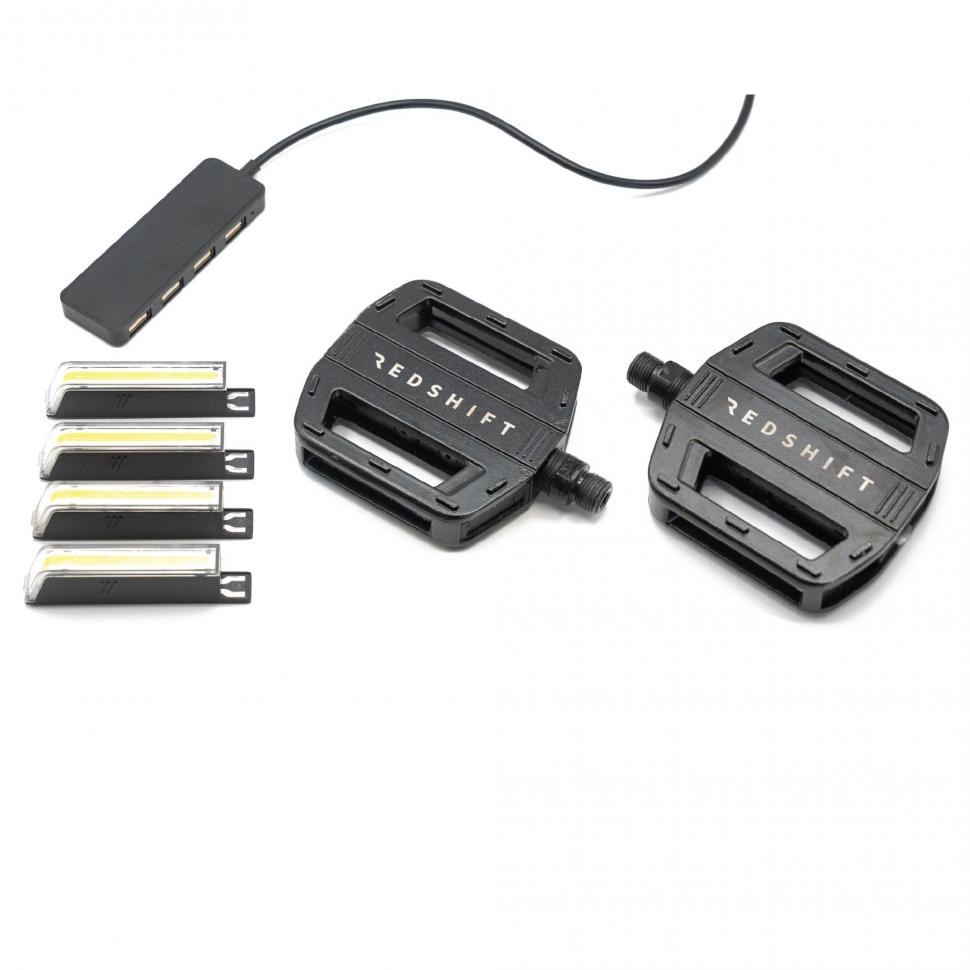 You can also mount the Arclight light modules to rubber wrap-around straps and use them as standard lights on the front/rear of your bike, clothing, or bag. Again, smart technology automatically selects the correct colour depending on whether the light is facing forwards or backwards. 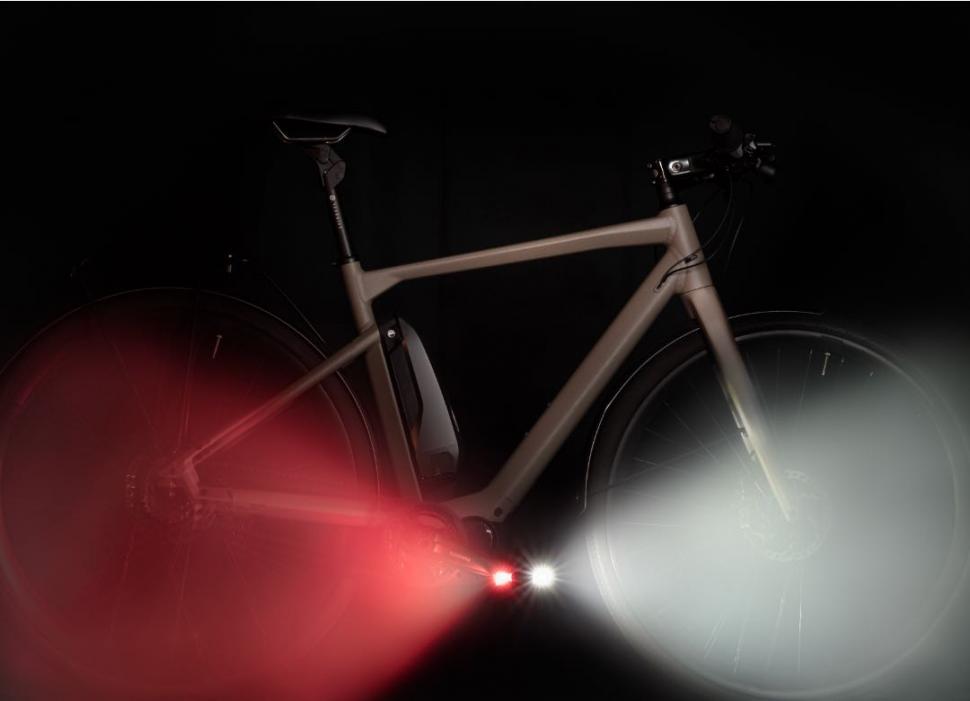 You can get yourself in line for a pair of Redshift Arclight pedals by pledging $89 (about £65) although this Super Early Bird offer ends later today.

After that, you’re looking at a pledge of $109 (about £80). The full RRP is expected to be $135 (about £98). Delivery is scheduled for February 2022. As we always point out, pledging money via Indiegogo is not the same as buying through a shop or online retailer.