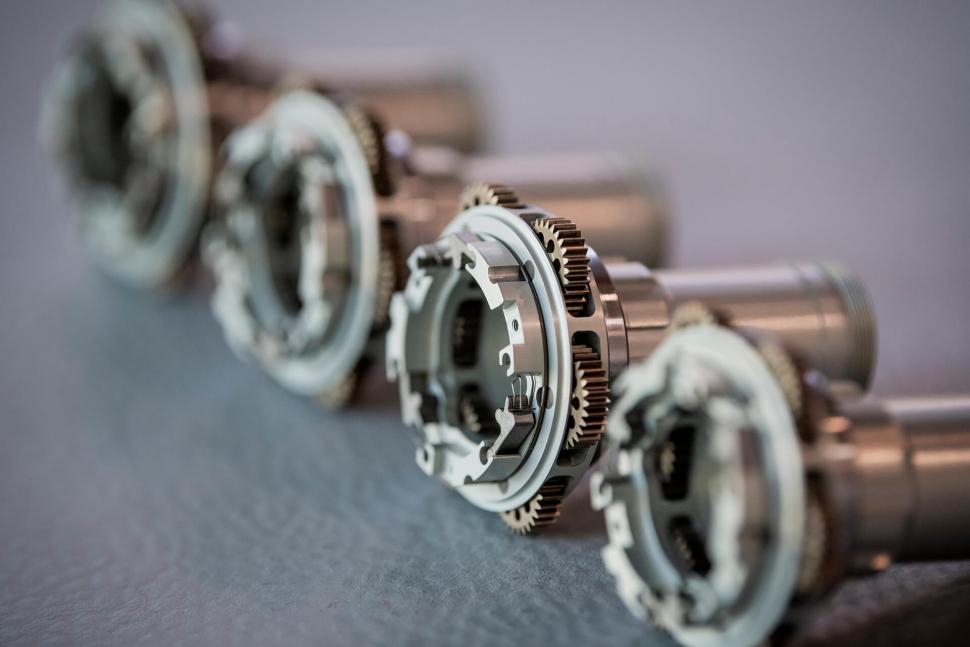 Like the idea of a 1X drivetrain, but worried about the lack of range and jumps between gears? Classified thinks that its new Power Shift rear hub holds the answer, supposedly combining the ratios of a 2X system with the fast-shifting of hub gears and the clean design of a 1X setup.

The new Power Shift hub uses a planetary 2X gear system that is actuated wirelessly and powered by contactless energy transfer from the thru-axle. This effectively moves the functionality of the front derailleur into the rear hub while claiming to offer faster shifting, maintenance-free use and the gear ratios you’d find on a normal double chainring setup. 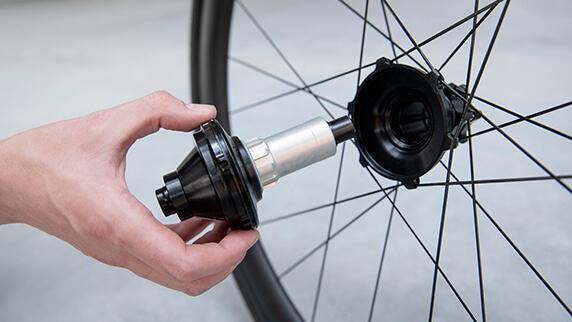 The Power Shift hub can be broken down into two main parts. The simple hub shell is much like any other hub shell and this houses the Smart Hub where we find all of the clever stuff. Here, an electronically actuated clockwork-like mechanism shifts between two gears “within 150 milliseconds under full load.”

The system works in much the same way that other internal gears do, with one of the gears acting as a simple direct drive and the other gear giving a reduction to 70% of that.

For example, say you’re used to running 52/36 chainrings then Classified recommends that you pick a 52 tooth chainring for this setup. The gearing that you would have with the Power Shift would be that 52-tooth, while the reduction gear would give you the 36-tooth. (Technically it’d be a 36.4, but who’s counting).

The system is powered by a rechargeable battery housed within the thru-axle. Classified says that the “Contactless Energy Transfer (CET) Technology wirelessly transfers energy for actuation via induction coils,” so you’ll need to use the specific thru-axle or you won’t be able to shift. 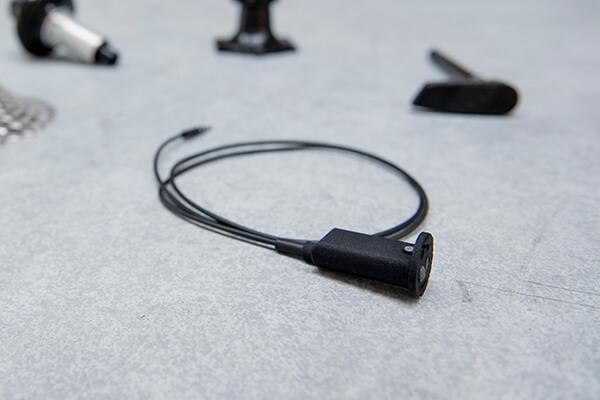 Everything is controlled from a handlebar-mounted wireless transmitter that is actuated via a “shifter or satellite buttons.” Details aren’t clear, so we’ll have to wait for confirmation from Classified regarding integration with current shifter buttons.

Packing all of this tech into the rear hub has meant that the Classified hub requires a proprietary cassette, though they do claim that the one-piece steel cassettes offer “increased durability and lighter weight.” 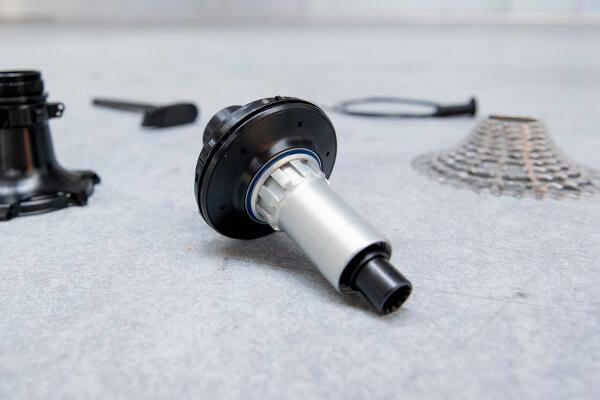 Still with me? Good. So that’s the tech aspect of the Power Shift hub, but what are the real-world reasons for effectively shifting the front mech functionality into the rear hub?

One of the main benefits, Classified claims, is that the Power Shift hub will shift “faster than anything on the market” with the shift taking just 0.15 seconds. This means that shifting up into the ‘big ring’ to attack or, more likely for us, bailing out into the ‘little ring’ when you realise that the climb is pitching up again, happens faster.

You can also shift “under full load” without the fear of dropping your chain. The only condition is that you’ll need to be doing less than 1,000 watts for the actuation of a shift to occur.

The durability and maintenance-free life of internal hub gears are two reasons why hub gears are so popular on utility and town bikes. Classified says that the Power Shift hub “has an operational lifespan exceeding the lifespan of a bicycle’s internal systems, and it requires no maintenance.” Classified doesn’t give an exact figure for the system’s battery life, stating that a fully charged thru-axle should give you three to six months of use. The thru-axle is rechargeable via a micro USB cable so you can “be back on the road within an hour” should you run flat.

Classified is also keeping the weight of the new Power Shift hub err, classified. They do, however, claim that a “bike equipped with Classified and 1x GRX Di2 setup weighs about the same as a bike with a traditional 2x11 GRX Di2 groupset and a DT Swiss 350 hub.”

The expensive bit of the system can also, Classified claims, be swapped between different hub shells. In theory, that means that you could use one Power Shift system in multiple wheelsets, provided they all have the Power Shift hub shell.

Talking of expensive bits, the price is still under wraps and we won’t have further details until the units leave the pre-production stage. It also seems that the system will only be available on new bikes as the left dropout requires Torque Support Technology.

But could this system be a game-changer for roadies, tempt some over to a 1X drivetrain or give mountain bikes smaller gaps between gears with the same range?