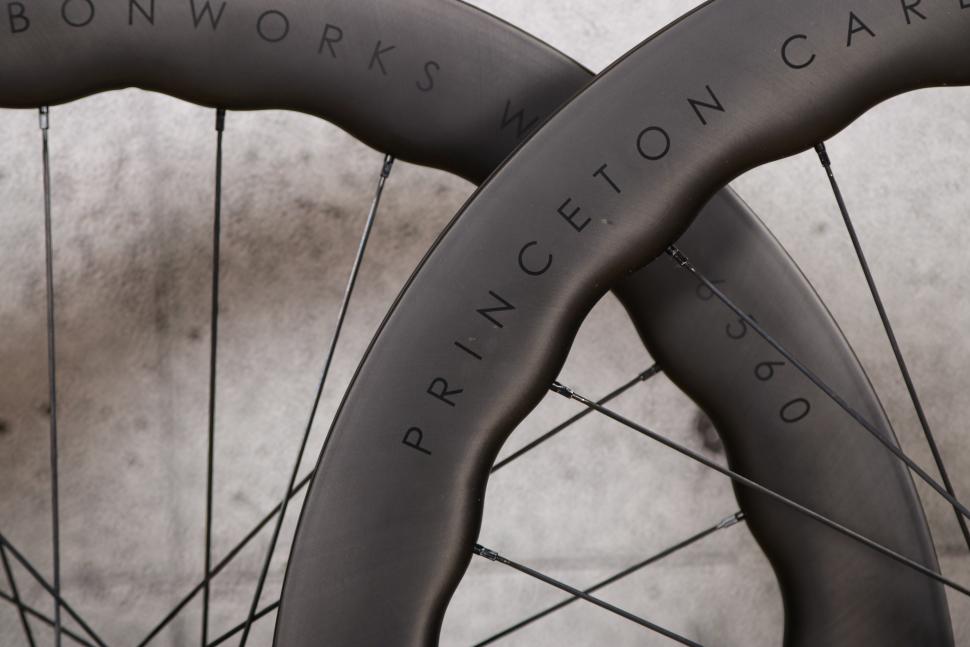 The multi-talented Ineos Grenadiers rider Tom Pidcock has shared - and then swiftly deleted - a post on Instagram that showed a shallower Princeton Works design. The wheels look like clinchers, which could mean that the Ineos Grenadiers line up for the Tour de France without their tubular wheels for the first time.

As a Shimano-sponsored team, you’d probably expect the Ineos Grenadiers to be using Shimano wheels, but the team has a pretty solid record of turning to other brands for specific wheels. In the mountains of big races like the Tour de France, you’ll see Lightweight’s wheels used for weight reasons. In time trials, we’ve seen AeroCoach hoops and also Princeton’s Wake wheels used for their apparent aero credentials.

Seeing Pidcock, already one of Ineos’ key riders, using a non-sponsored wheelset isn’t that surprising then, but the wheels that he mistakenly showed on his Instagram (and stealthily screenshotted by our friends at CyclingTips) does raise some questions about what the team will be using in the biggest race of the summer, the Tour de France.

From the rather grainy photo (we had to zoom quite a bit), we can see that the rim depth is a fair bit shallower than Princeton’s current road wheelset, the Wake 6560. Given that the name on the rim is Peak 4550, we can safely assume that the front wheel will be 45mm deep and the rear wheel will be 50mm deep. Peak suggests that they will be a lightweight set that is aimed at the climbers.

The wheels feature the same wavy design that has resulted in SRAM suing Princeton CycleWorks for allegedly copying elements of its saw tooth rim design.

There is also something interesting printed on the sidewall of the tyres that Pidcock has installed on the wheels. The Continental GP5000 TL tyres have what looks to be ‘Pro Ltd’, the name that adorns the special pro-only tubulars that the German tyre brand makes available only to its sponsored teams, though you can easily get your hands on the Pro Ltd tubulars on Proownedcycling.com.

This could suggest that there is a special edition of the popular GP5000TL coming to the pro peloton. We’d imagine that the tyre could be faster and lighter, but may sacrifice some longevity.

While we’ve got absolutely no confirmation of when the wheels or tyres could be seen again in the peloton, it's some nice tech to look out for in the coming races.