The new Fovno-Tech N-Power sucker roof rack, launched at the China Cycle 2021 bike show in Shanghai last week, features an electrically powered, automated air pump and a wireless alarm system designed to let you know if any of the suction cups lose pressure.

Fancy driving your bike to a better riding spot? If you don’t have space inside your car, don’t have a tow-bar for a carrier and don’t have roof bars, then you’re probably going to be looking at a carrier that uses suction cups to attach to the roof of the car. It’s an idea that has been done before, and very successfully, by the likes of SeaSucker. 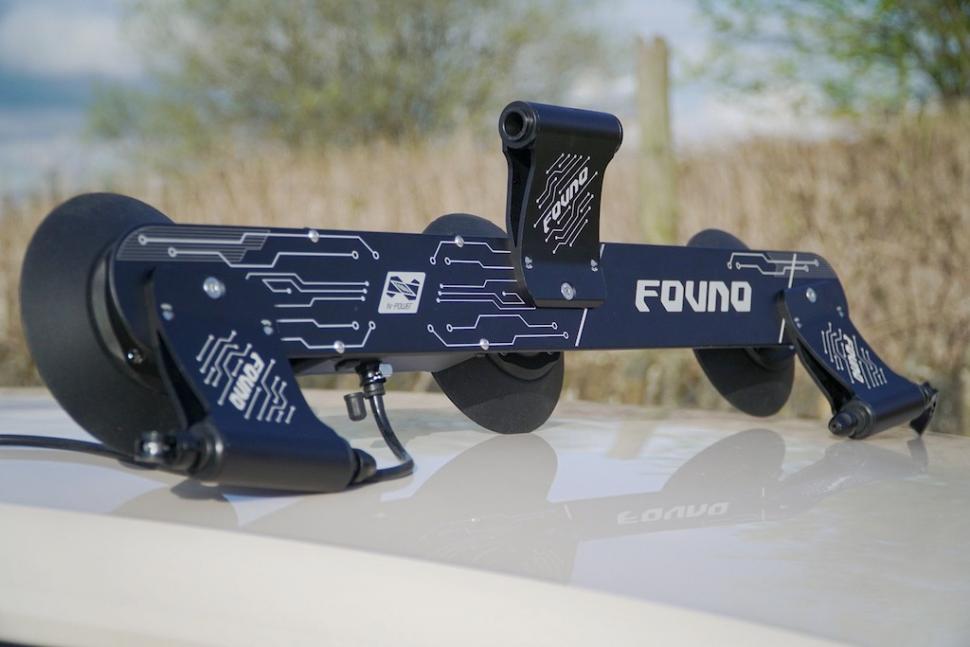 Fovno-Tech, however, has a new take on the suction cup bike carrier, using a battery-powered pump to secure the carrier to the car's roof. It claims to have an alarm system that will automatically kick in if pressure is lost and you can secure the whole thing with a single press of a button. 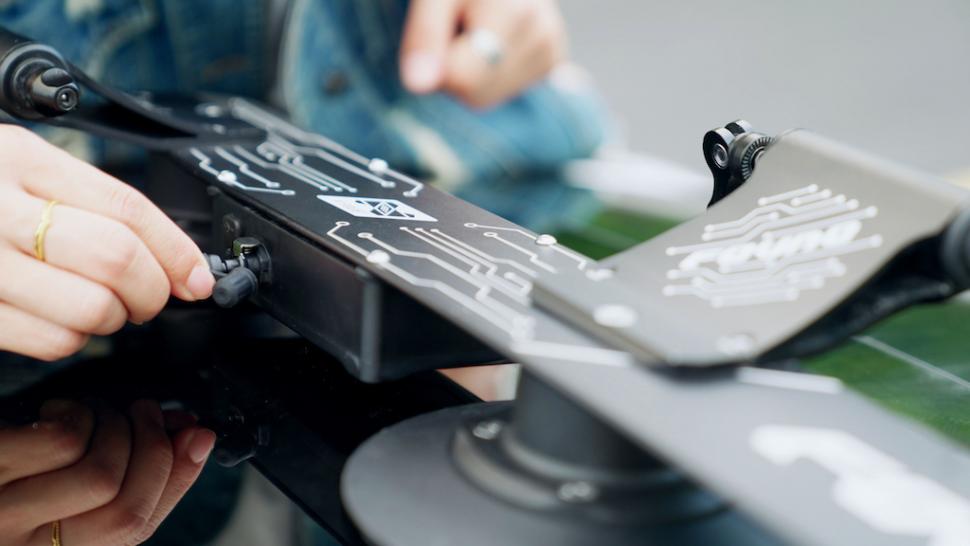 Each suction cup has a measured carrying capacity of up to 90kg. There is also an air check valve inside each suction cup, to prevent air infiltration. Should the control box be temporarily unable to function, or the air hose disconnects, the suction cup will remain firmly attached for a claimed three to four hours. 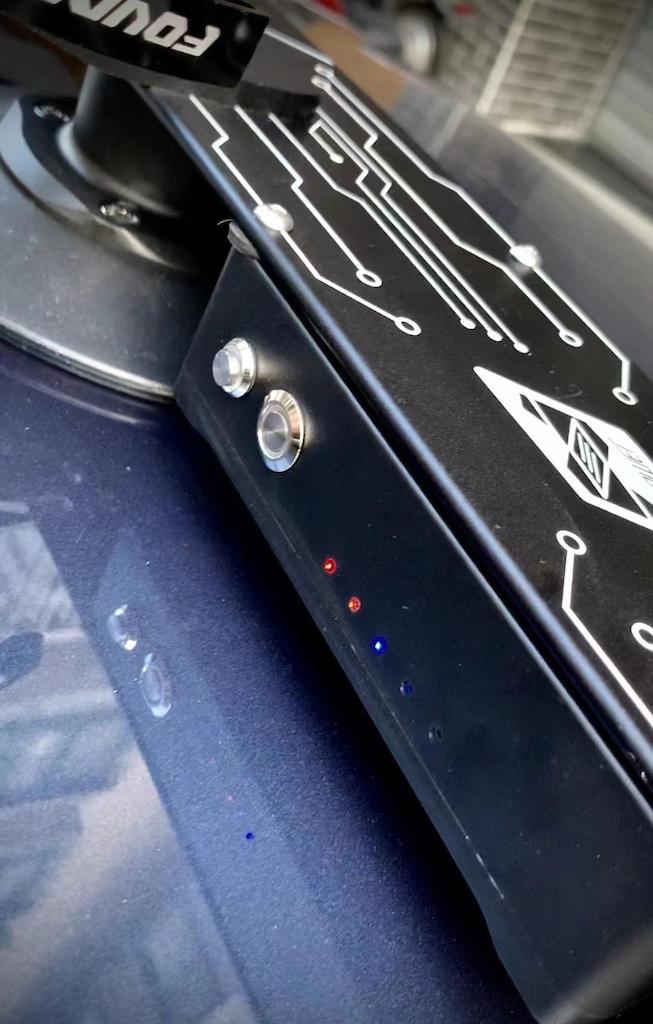 The N-Powerbox is powered by a 3400mAH lithium battery and features a USB-C port, allowing for fast and convenient charging. Charging from the car’s own battery or a power bank are both supported. Installation is designed to be as easy as pressing the control box’s power button. This will securely vacuum seal all cups to the roof of the vehicle. A battery health check button displays the battery level through a series of six LED lights and your roof rack can apparently run for 360 hours on a single charge. 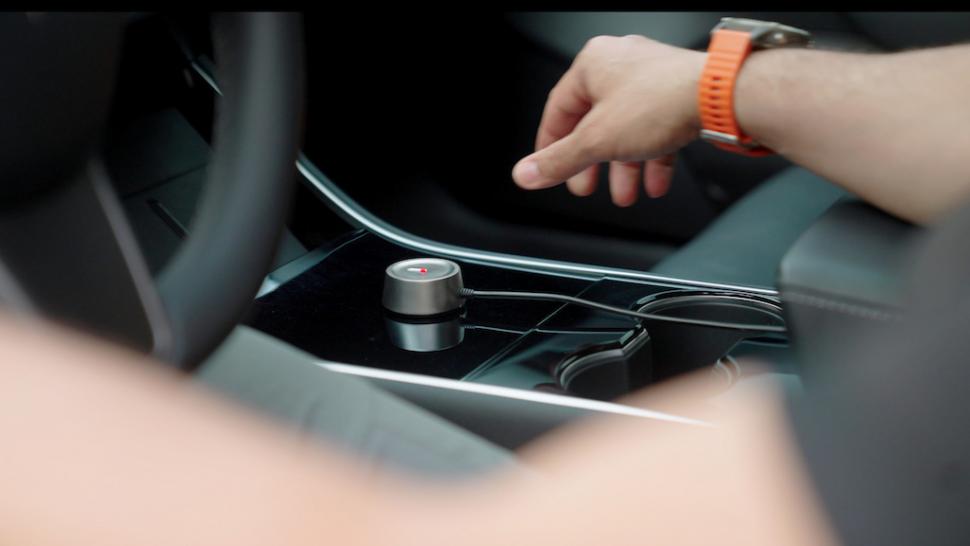 Fovno-Tech says that it is the alarm system that sets the N-Power apart from anything else on the market. The wireless safety alarm should immediately alert you if any of the suction cups lose air pressure. The alarm module is fitted with a standard USB and can be placed inside your vehicle, where it will wirelessly pair with the N-Powerbox. In the event of a leak or other problems, the alarm will sound and the N-Powerbox will reseal the cups using its built-in automated pump.

The Fovno-Tech N-Power's main frame and fork mounts are manufactured from 6063 CNC machined aluminium. The external surface is anodised and undergoes a laser coating process. The suction cups and air hoses are made of a polymer-specific rubber material.

Fovno-Tech says that the cups have been ‘rigorously tested’ at temperatures between -100ºC and 100ºC so if we can get our hands on one for review, we’ll test out the middle ground. The suction cups are also claimed to have strong sun protection and anti-oxidation properties.

We don't have a price yet – we're working on it – although we do know that the Fovno-Tech N-Power sucker roof rack will be available from 15 May 2021 on www.aliexpress.com.