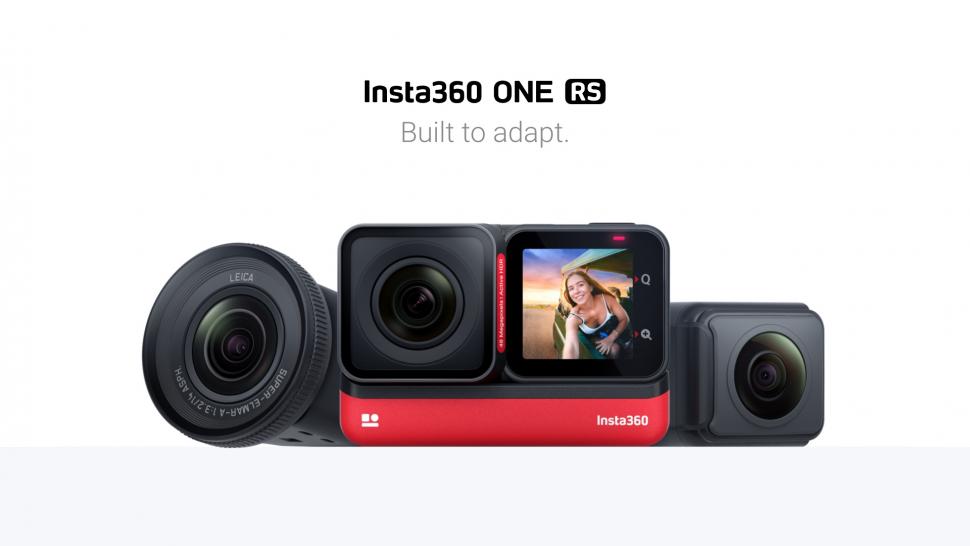 The best camera for cycling? Insta360’s new ONE RS now has built-in stabilisation

More than just an action camera, the ONE RS also doubles up as a 360-degree live streaming camera
by Anna Marie Hughes

Insta360 has revealed the new ONE RS, its interchangable lens action camera with a new 4K lens that’s claimed to offer improved image quality and an upgraded core with stabilisation now built-in for capturing smooth shots on the move. Insta360's editing suite can also be used on its smartphone app for producing content while away from a desktop, which could be especially useful for those on multi-day bikepacking adventures.

By swapping a lens you can go from shooting 4K wide-angle videos to 360-degree ones, all using the same device.

With this three part modular design (battery, processor and choice of three lenses), you can upgrade the camera with a new lens without having to buy an entirely new device.

> Are cheap action cameras any good for cycling? We head to wish.com to find out

The new 6K Widescreen mode is said to take full advantage of that 48MP sensor, for outputting in 6K with a classic 2.35:1 ratio for a cinematic widescreen look.

Also new is the Active HDR (high dynamic range) mode. “While HDR modes on other action cameras are limited to stationary use due to ghosting challenges, Active HDR is specifically designed for action,” Insta360 claims. “Active HDR keeps your video stabilized as you move, minimising ghosting and revealing details in the highlights and shadows that other action cameras miss.”

Insta360’s proprietary FlowState Stablisation is now built in and applied in the camera. The benefit of this, according to Insta360, is that you can now share smooth wide-angle content to social media without having to process it in the Insta360 app. 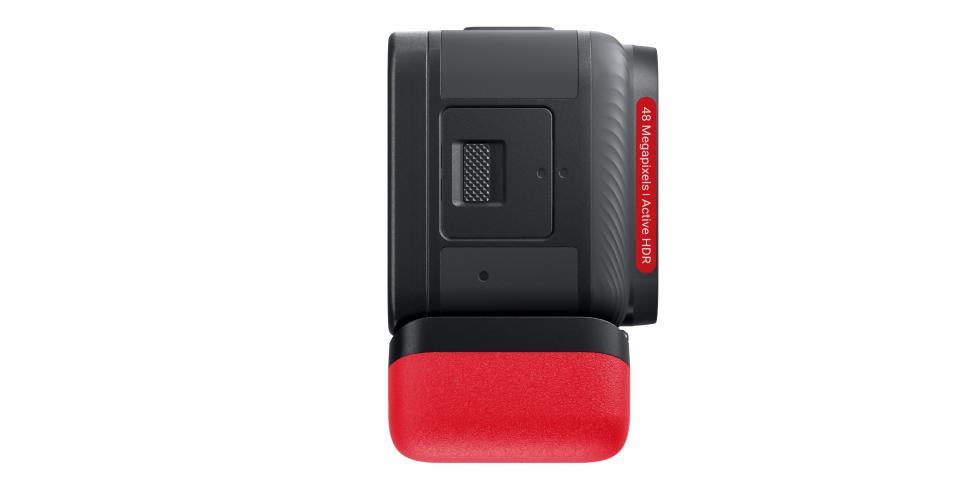 “No matter how much the camera is rotated during the action, 360 horizon levelling also ensures your video always stays magically level,” Insta360 says. “Toggle a switch in the Insta360 app or desktop software with footage shot on any of the three lenses and watch the footage instantly level out”.

The ONE RS also doubles up as a 360-degree live streaming camera using the Insta360 app. It could prove useful for those who want to document their online racing on virtual platforms such as Zwift and RGT Cycling, and also want an action camera for outdoor use.

Easy and extensive editing on the go

Insta360’s app has an extensive editing suite for pulling together the shots you take on the ONE RS directly on your phone for quick processing and on the move, which is likely to be especially useful for those on multi-day bikepacking trips.

For 360 footage, Insta360 says that it’s easy to find the best angle with Snap Wizard. “Simply move your phone or swipe the screen to change the angle of the camera and export your desired footage instantly,” Insta360 says.

For interesting effects like cloning or stop motion, Shot Lab has AI (artificial intelligence) editing effects, and is updated regularly. Insta360 gives the example of the new Cinelapse effect, which adds cinematic transitions between clips to create a hyperlapse.

“For wide-angle footage, FlashCut uses AI to find the best moments in your clips and edit them together on beat to music,” Insta360 says. “You can choose from several different editing themes, from action highlight reels to travel vlogs.”

For those who prefer editing on desktop, the free Insta360 Studio software is also available for Mac and Windows, and free plugins for Adobe Premiere Pro and Final Cut Pro are also available.

Built for all adventures, the ONE RS has a rugged design and is IPX8 waterproof to 16 feet. 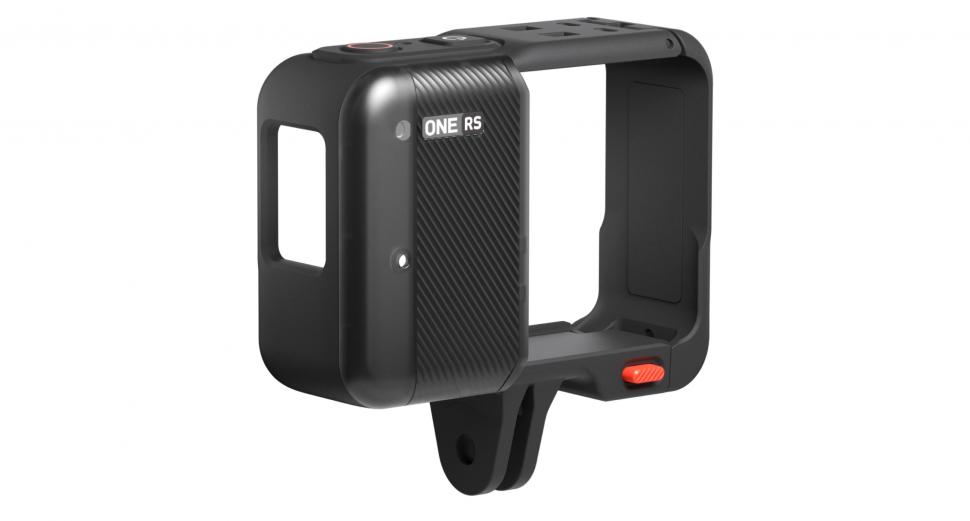 The Mounting Bracket has been redesigned, with a quick release mechanism for switching lenses on the go, a windproof mic cover and a heat dissipating panel now included to help ensure the camera remains cool while recording.

Other updates include an additional mic for “true-to-life audio” (photo above), 50% faster WiFi for smoother mobile file transfers, an Instant Zoom function for digitally zooming in up to 2.7x while recording and a Quick menu for easy access to preset shooting modes.

Charge time is said to be 65 mins, while the run time is from 75-84 mins depending on which lens setup you opt for.

As the Insta360 is a modular system, there are a few different options available. The Twin Edition is said to be the best value package though, with the 4K Boost Lens and 360 Lens included for $549.99 (that’s around £418).