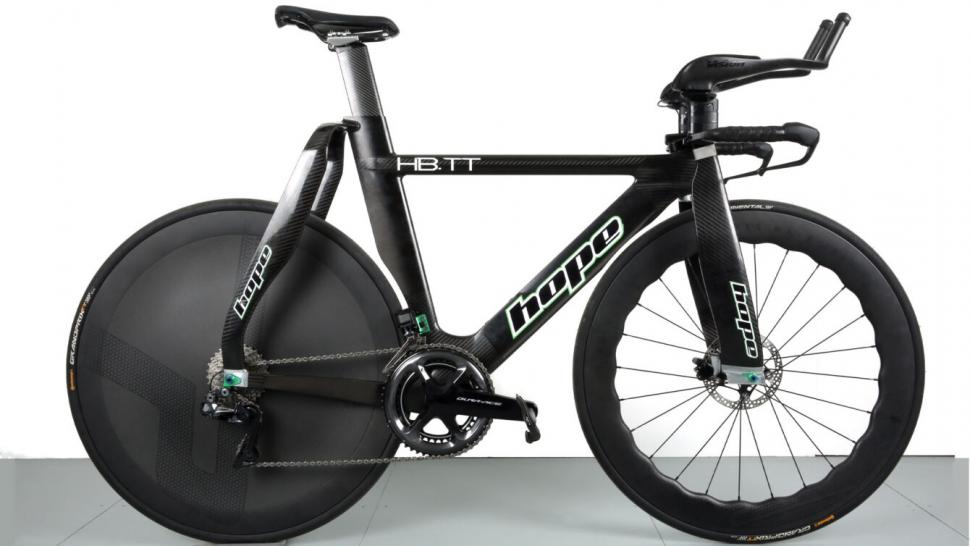 The Olympic bike is being overhauled for the road; drawing on its in-house expertise of making brakes, specially designed dropouts have been made to integrate the disc brake calipers
by Anna Marie Hughes

Hope Technology has revealed a prototype for the road-going time trial version of its radical-looking Team GB Olympic track bike, with the new HB.TT expected to go into production next year. 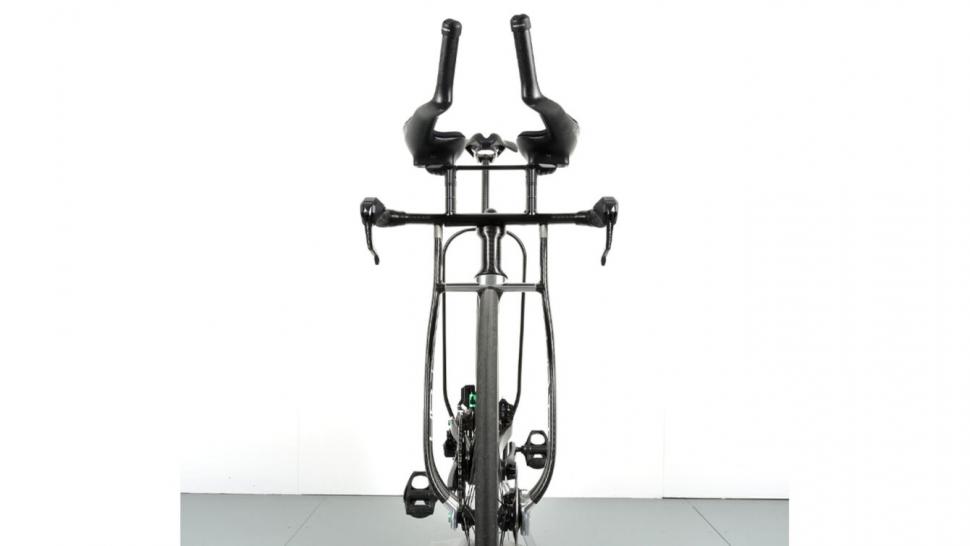 For an aerodynamic edge, the HB.T features a wide-arching fork and seat stays to line up with the rider’s legs to help channel air better. 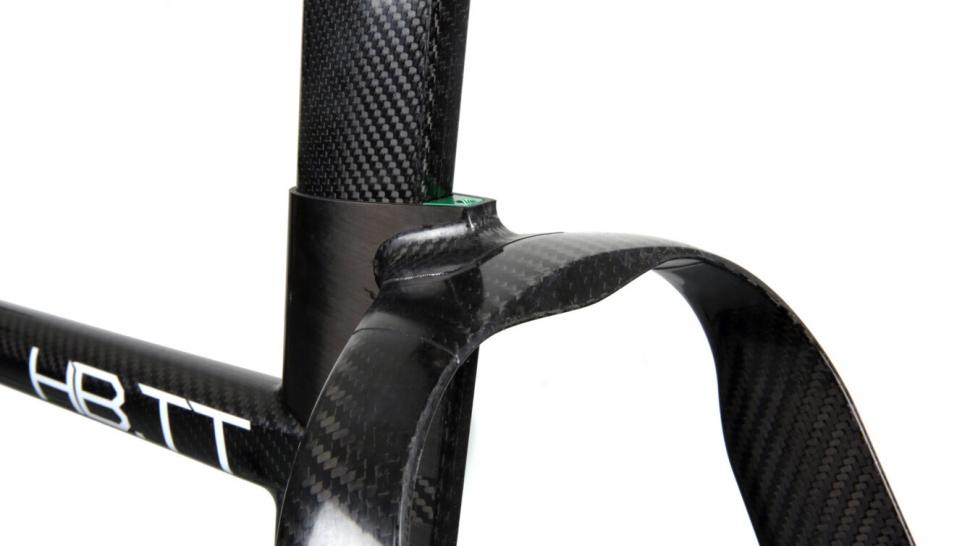 It’s not quite as simple as just adding some brakes and gears to the HB.T to make it suitable for the road, though.

Standards vary between track bikes and road bikes, and changes to the handling, ride conditions and geometry also need to be considered as well, so there are lots of modifications that will have to be made for the tarmac.

The layup, for example, is different with changes to the width of the chainstays needed.

Also, don’t expect the HB.TT to be just like this prototype when it makes it to the production phase, it is the first prototype after all, and Hope admits there’s lots of work still to be done.

Hope revealed, for example, in an interview with Cycling Weekly, that it’s contemplating developing the next version with just a single chainring at the front.

By not accommodating a front derailleur, fewer modifications are needed, keeping the aerodynamics of the new HB.TT as close to the original track version as possible.

Drawing on its in-house expertise of making brakes, specially designed dropouts have been made to integrate the disc brake calipers. 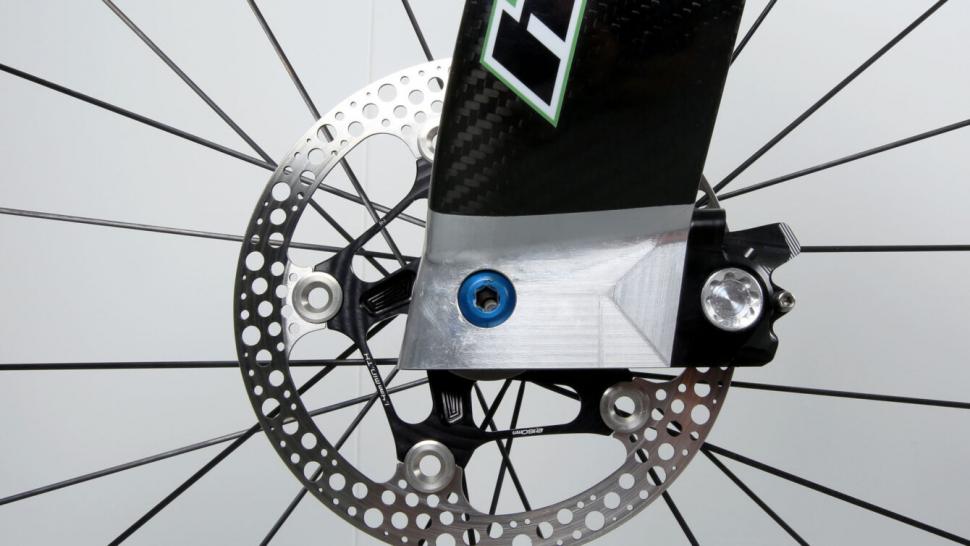 For fully integrated cable routing, Hope designed the base bar and has the disc brake hose running inside the fork.

Hope has put this prototype in the wind tunnel and has received some feedback from time triallists testing it in real-world conditions too, but they’re not sure yet if it’s any faster.

The aerodynamic demands of indoor track racing and outdoor time trialling are very different. On the track, there are no yaw angles or crosswinds to consider and so Hope acknowledges it has work to do in this area.

High-grade carbon hasn’t been used on this prototype, which will be the next step to knock some weight off the frame.

The prototype is fitted with a Shimano Dura-Ace chainset and uses Di2 electronic shifting on Vision’s Metron tri-bar extensions.

In terms of wheels, the prototype has a Princeton CarbonWorks Wake 6560 front wheel fitted at the front and a Princeton rear disc for the rear, although Hope plans to develop time trial wheels too having already developed a one-piece carbon disc wheel for the HB.T track bike.

Find out more about how the HB.T track bike was designed and made over here.