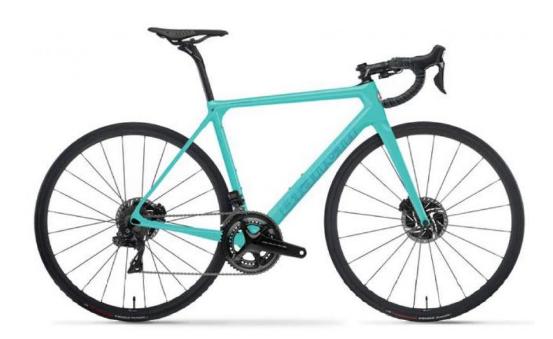 Are Bianchi about to launch a revamped Specialissima? 2021 version of legendary race bike leaked on retail sites

It looks like after five long years, Bianchi are about to unveil a fully reworked Specialissima with completely hidden cables. Will we see it in action during the 2020 Tour de France?
by Jack Sexty

It looks like there could be a brand new version of Bianchi's famous Specialissima on the way, with some retail sites including pictures and brief details of a 2021 disc brake model.

road.cc reader Michael McCleave got in touch to share pictures from the Swiss retail site Belatti Sport, who appear to be selling a 2021 version of the Specialissima with prices starting from £3,165 for the frameset before VAT. After some further sleuthing we also found an identical-looking bike for sale on the British site Bike and Run with a Super Record EPS groupset, priced at a whopping £12,000. 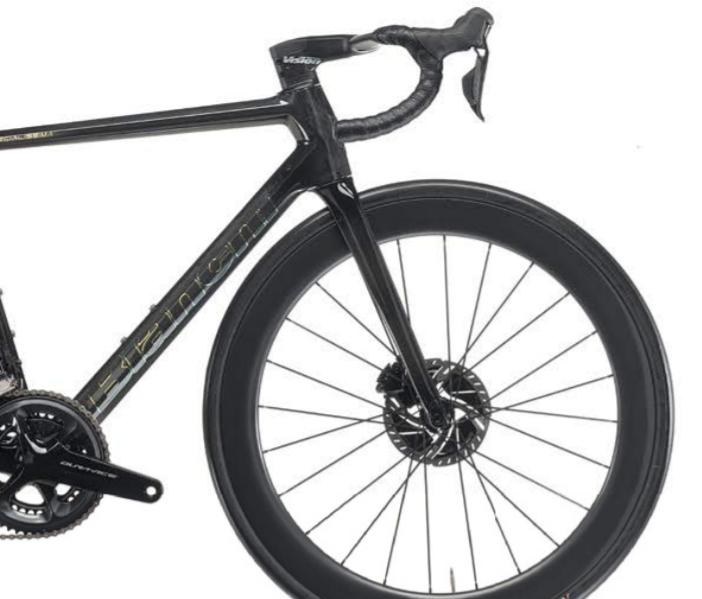 There has never been a disc brake version of the Specialissima before, and according to the latest UCI list of approved frame and fork models, a Specialissima CV Disc was added on 6th August 2020. No rim brake model is included, which suggests it may be disc-only going forward.

Compared to the current (or old?) Specialissima, the most obvious feature on the potential new model is the disappearance of cables. The Celeste and blue/green frames on the Belatti Sport site have non-integrated stems and handlebars with an exposed Di2 junction box under the stem, while the black frame on both sites appear to be using FSA's ACR system. The slight bulge in the headtube is presumably to get all the cables and hoses inside, while at the rear the seat cluster (where the seat tube and top tube meet) is beefed up to accommodate an internal wedge-type seatpost binder. It looks like there's even a new blue/green colourway, as well as Celeste and black versions

We're not sure if the product descriptions on the retail sites are for the 2021 model or are cut and paste jobs from the old version; we think it may be the latter, because Bianchi's Countervail vibration-cancelling technology is not new to the Specialissima, and the product description appears to suggest otherwise. This means we don't know how much it weighs, or if any efforts have been made to optimise the tubes aerodynamically. On first impressions, the tubes look a little less round than those on the very traditional-looking outgoing model.

With the last full revamp of the Specialissima coming way back in 2015, it's perhaps telling that Jumbo-Visma's squad have all been exclusively riding the newer and way more aero Oltre XR4 at the Tour de France this year, even in the last two stages in the Pyrenees; but if a new Specialissima that ticks off lightweight and some aero boxes in one is imminent, does that mean we'll get to see it in action before the end of the Tour? We'll await further details and keep an eye on the social media accounts of Primož and co...