New £239.99 lid claimed to be the “fastest road helmet ever that cools better than most helmets lacking any aero advantages”
by Anna Marie Hughes

Giro has revealed the new Eclipse Spherical aero road helmet, which is claimed to be the fastest road helmet the brand has ever tested. Giro also says it doesn't compromise on protection, heat management or comfort. 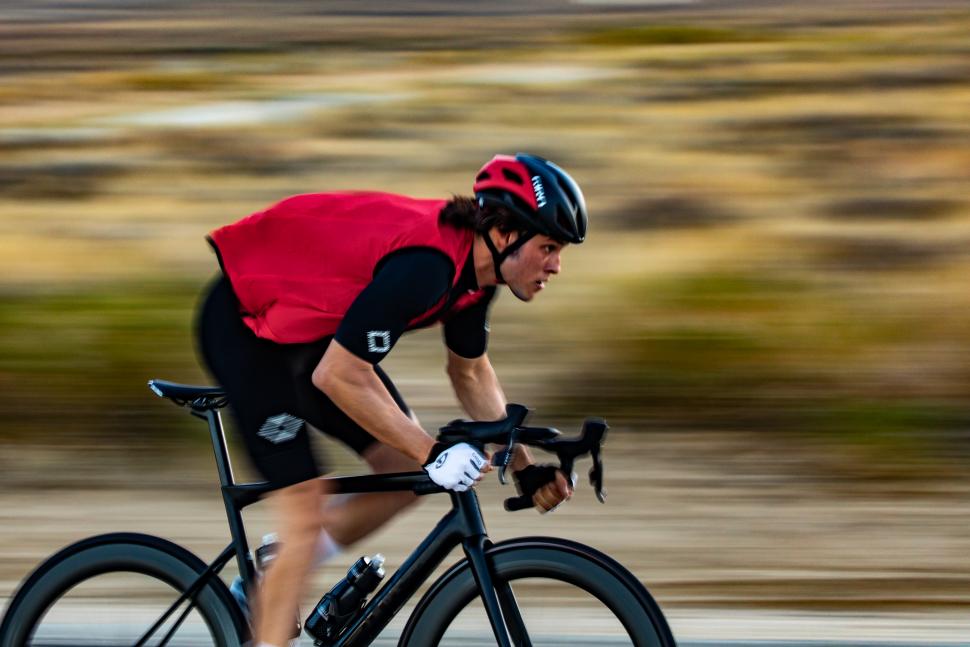 With an outer shell that’s designed to streamline airflow across multiple wind angles, not only is the Eclipse Spherical claimed to be a big step up from the speed of Giro’s previously fastest aero helmet, the Vanquish, Giro says it is the fastest road helmet it has ever tested. 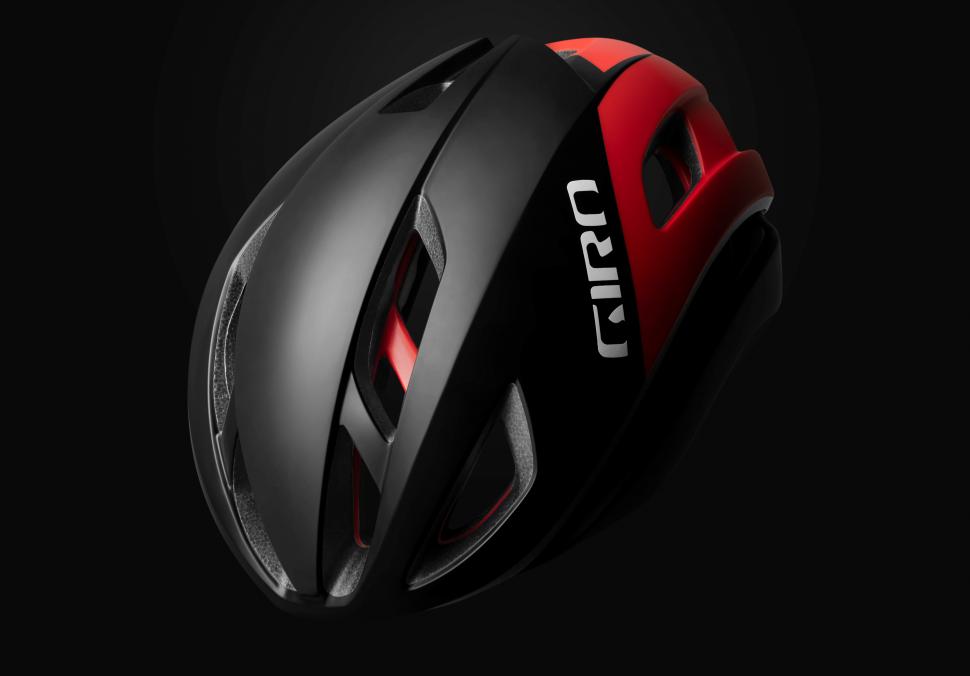 The Eclipse is claimed to beat the “closest aero road helmet competitor” by 14 seconds over 100 miles at 25mph (40.2 km/h) in a wind tunnel test, and is also a full minute faster than Giro’s very own Vanquish. Not quite the speed most of us can relate to for a 100 mile ride, though…

The Giro Aether was used as a baseline in the test. As you can see in the bar chart above, the Eclipse beat the Aether by 163.5 seconds, with the Aether covering 100 miles in four hours, while the Eclipse did it in 3hr 57mins 16.secs.

The wind average drag calculations are based on riding for 80% of the time in a “typical riding position” and the other 20% in a “head-down riding position”, to take into account real-world riding. 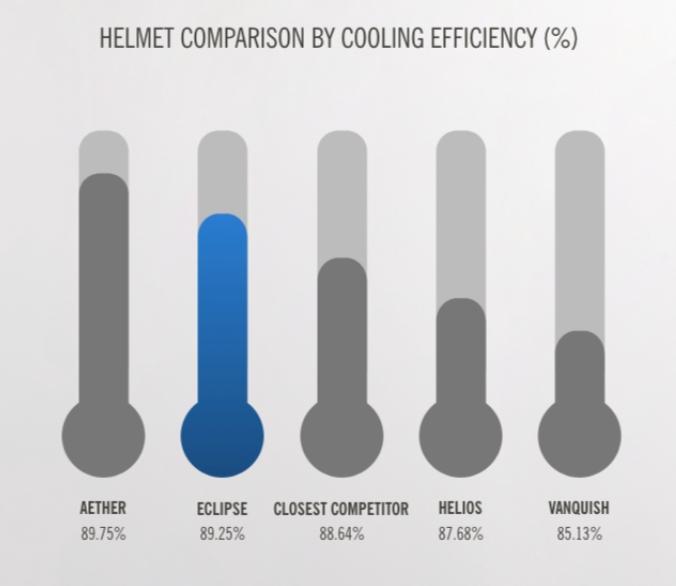 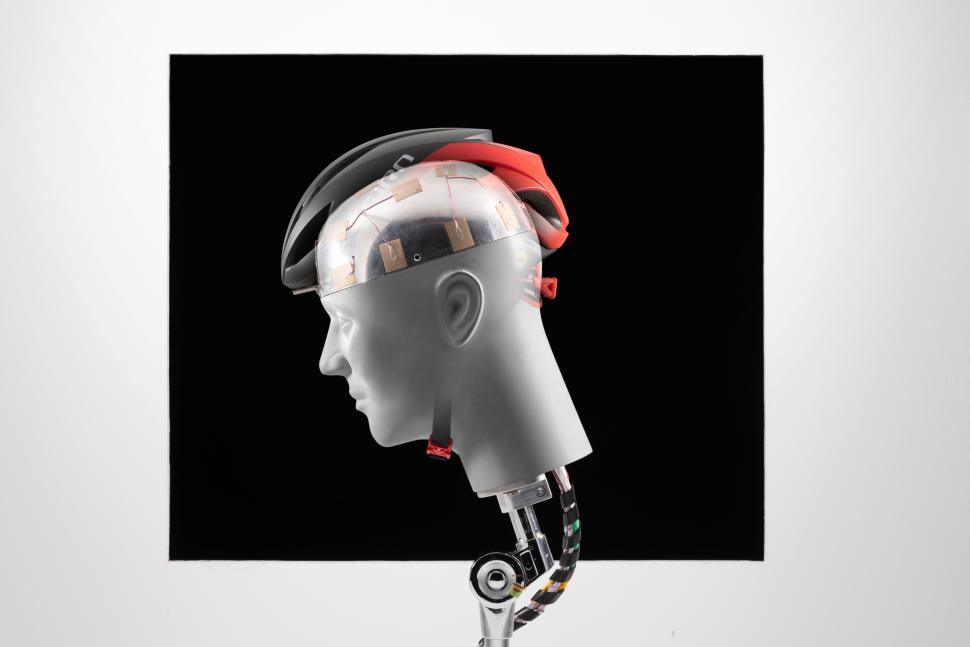 Giro says it tested the Eclipse against the Aether, Helios and Vanquish, along with the closest aero competition from another brand; although again, it does not specify which brand or model.

Along with the improved aero advantages and cooling benefits, Giro has introduced its ball-and-socket Spherical MIPs protection to the Eclipse.

If you need to get up to date on MIPS (Multi-directional Impact Protection System), find out all you need to know here. In short, MIPS is a low friction layer that allows relative movement between the outer section of the helmet and the head in all directions, the idea being to reduce rotational motion transferred to the brain in the event of an impact. 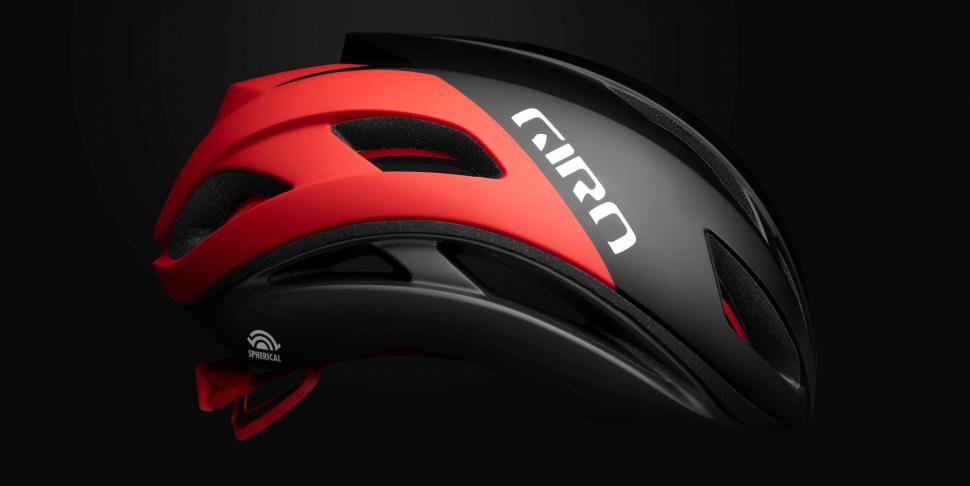 With MIPS Spherical technology – first introduced on the Giro Aether helmet a few years ago, and later on the Helios – you instead get two separate EPS layers with the outer one able to rotate around the inner one if you crash to help redirect impact forces away from the brain.

Progressive layering of both the inner and outer liners is claimed to offer greater protection too. 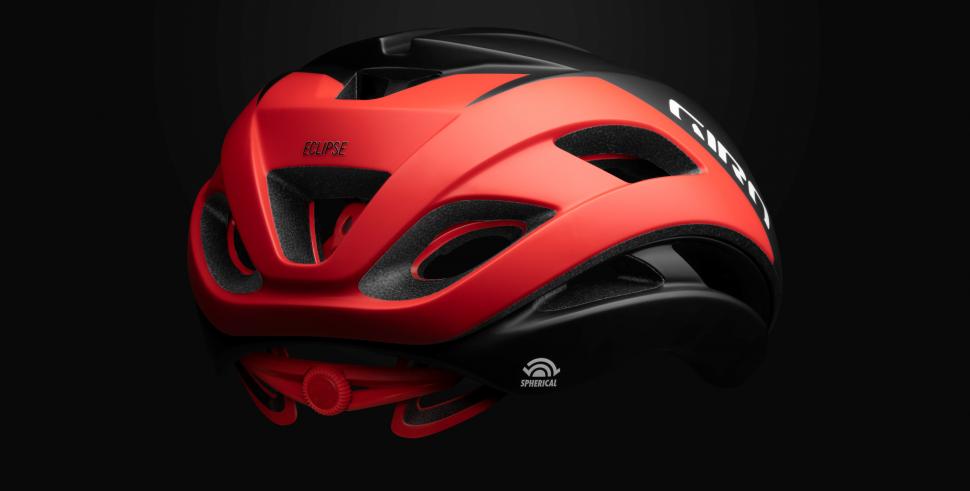 Giro has its patented Roc Loc 5 Air system for a stable fit and antimicrobial Ionic+ padding is designed to help absorb sweat and moisture. 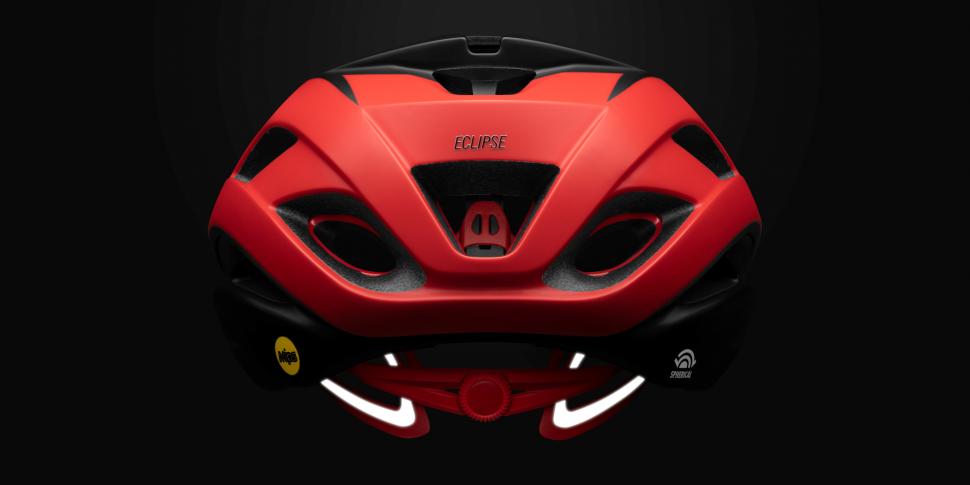 Reflective decals are included on the rear to aid visibility when riding in low light conditions. The helmet weighs in at a claimed 275g in the size medium. While helmets with added MIPS protection do tend to be slightly heavier, Met has been able to bring the weight of its Trenta 3K Carbon aero helmet with MIPS Air brain protection down to 225g (size medium) - that's 50 grams lighter than Giro's latest release here.

The Eclipse Spherical is priced at £239.99 and is available in five colourways.