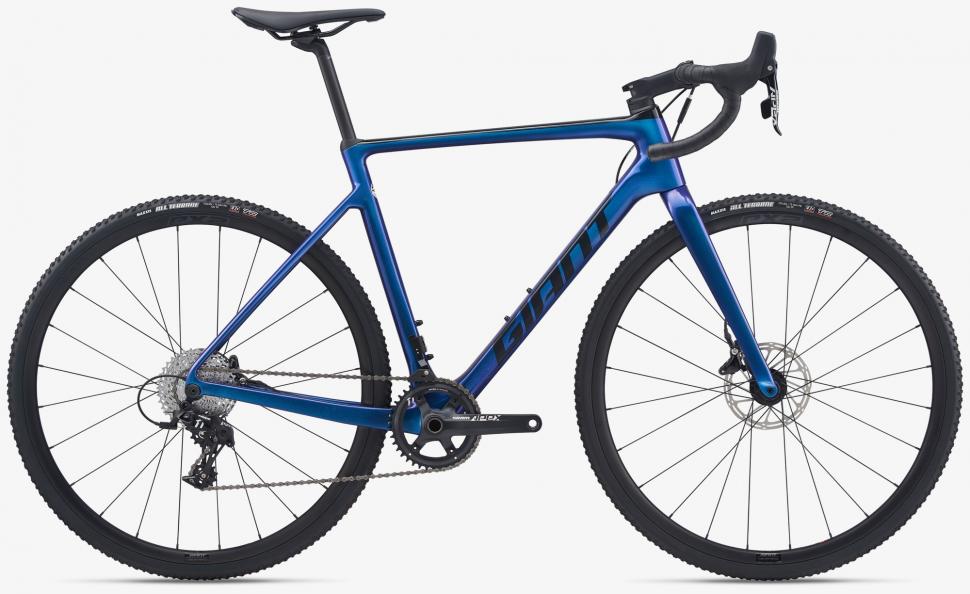 New frameset is 17% lighter than before and smoother too, according to Giant
by Mat Brett

Giant has unveiled an updated composite TCX Advanced Pro cyclocross series with a frameset that's 260g lighter than previously and a ride that's said to be smoother thanks to the introduction of new features.

"The frame and fork have been re-engineered, which together offer a total weight saving of 260g. The composite frame is 200g lighter than the previous generation (850g versus 1,050g). The redesigned fork, also made with Advanced-grade composite, is 60g lighter (400g compared to 460g) while maintaining the same outstanding torsional and lateral stiffness as the previous generation. 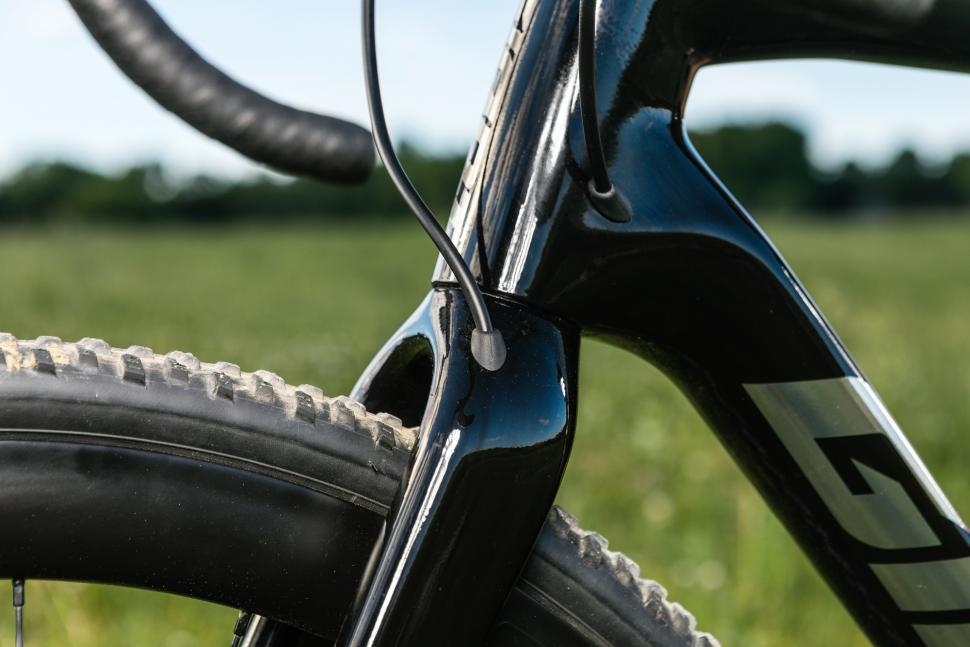 "These weight reductions, along with engineering advancements including asymmetrical chainstays for optimal power transfer, make this TCX more agile and responsive on dirt, mud, sand or pavement—all the conditions typically seen in both cyclocross racing and other types of mixed terrain riding. It’s faster up climbs, easier to hoist over your shoulder, and more responsive when sprinting or accelerating."

The TCX Advanced Pro is also said to be smoother than previously. Most new TCX Advanced Pro models are fitted with a new full-carbon D-Fuse SLR seatpost that's said to offer 20% more compliance than the existing D-Fuse SL. 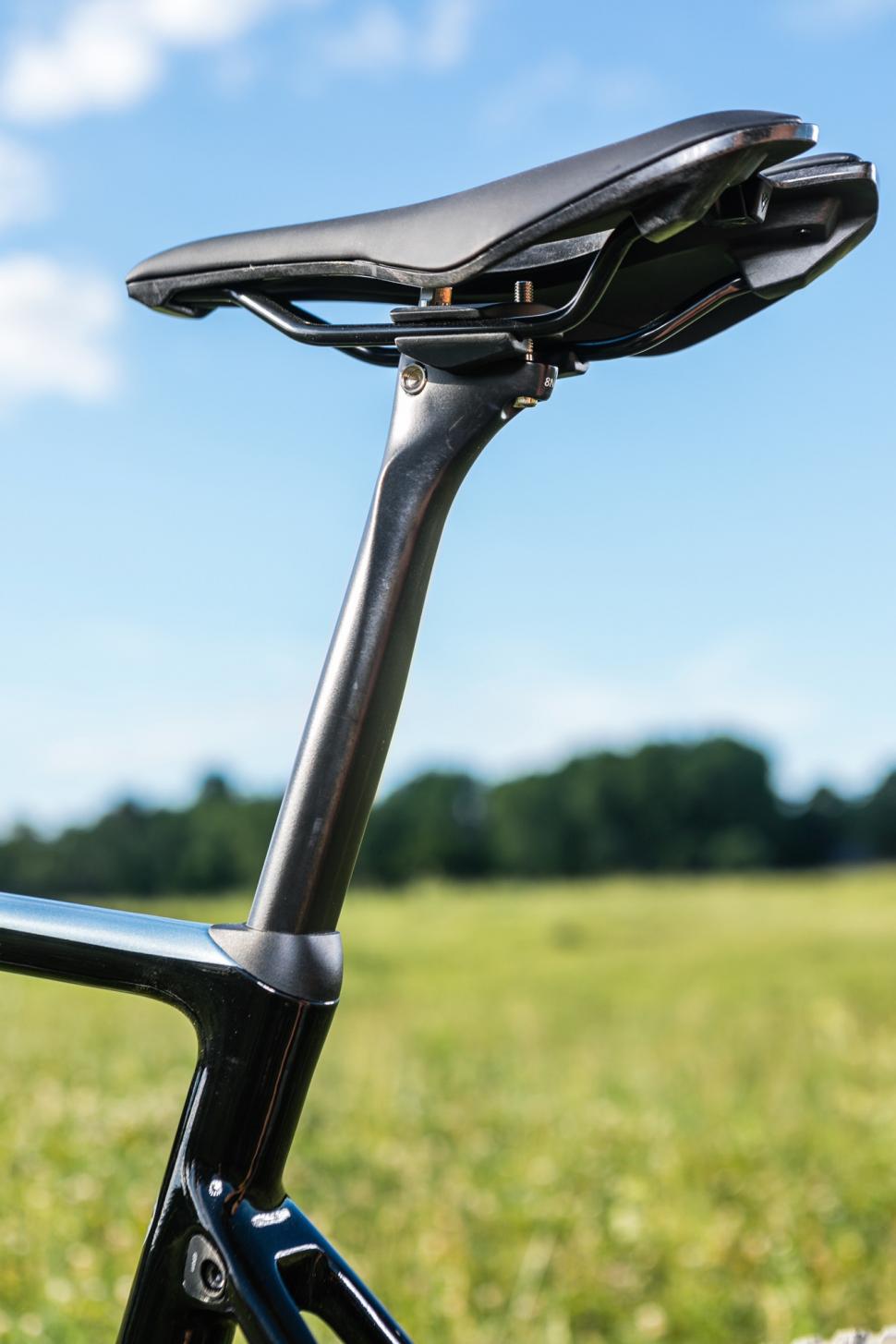 The seatpost clamp has also been moved from its previous position on the top tube (just in front of the seatpost insertion point) to the rear side of the seat tube. This results in improved compliance, according to Giant, and makes it possible to use a standard round 30.9mm seatpost (with an internal adaptor clamp) rather than the proprietary D-Fuse seatpost that comes with all new TCX models. This allows you to fit a dropper seatpost.

The new TCX Advanced Pro bikes are equipped with composite wheels and tubeless tyres (there's clearance for tyres up to 45mm wide). The disc brakes are flat mount and the wheels are held in place with 12mm thru axles front and rear. We don't have a date for UK availability although we do know that the TCX Advanced Pro 2 and the frameset are being shipped to the UK at the moment, and pricing will be confirmed in the coming weeks.

1
Win! £1,500+ worth of Pacenti carbon wheels, alloy wheels and cycling caps with multiple prizes to be won
2
Vincenzo Nibali victim of hilarious TV prank (+ link to video – includes a lot of Italian swearing)
3
Jail for hit-and-run drunk driver who crashed into three cyclists, causing serious injuries
4
World's first eSports pro cycling team sacks rider for cheating on Zwift
5
Devon cyclists to be given helmet cameras to help catch dangerous drivers
6
"Too ridiculous": Cyclist reports motorist for driving on the pavement... and is threatened with fine for 'cycling on the footpath'
7
Cyclist fined after submitting dangerous driving video to police
8
Bath golf club set to be transformed into bike park