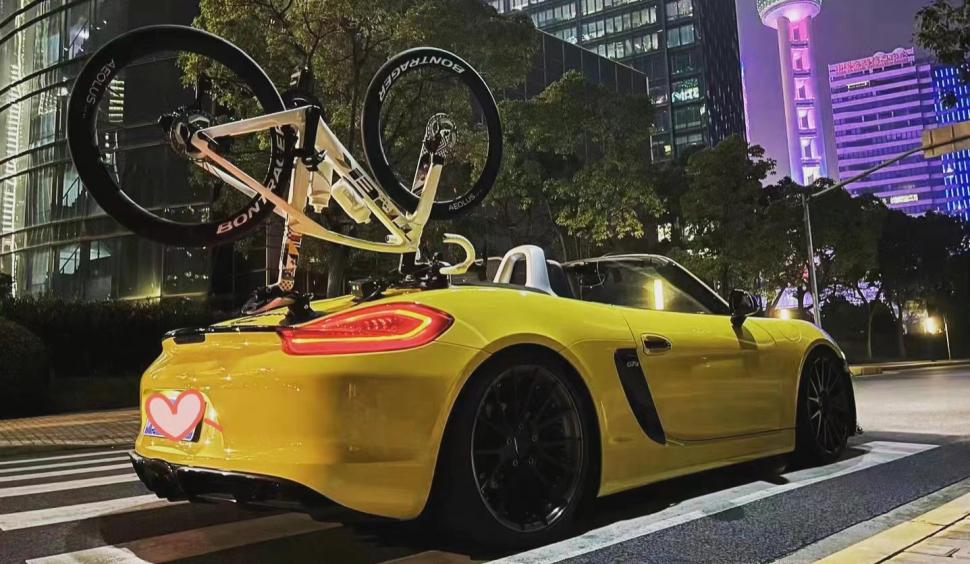 Fovno's revamped electric air pump-powered bike rack is lighter, alarmed and you don't have to take your wheels off

The new inverted ES-H1B sucker bike rack carries your bikes upside down so you can keep the wheels on, and is priced from around £250
by Jamie Williams

Last year we saw Fovno release what it claims to be the world’s first electric sucker bike rack, the N-Power. Well now the brand is back with a new product, the ES-H1B, a refined version that appears to share much of the same tech but transports your bike upside down which means that you don’t have to take the wheels off.

The new rack has shed some serious timber and now weighs just a third of last year’s N-Power model at 3.7kg. It’s a lot smaller too which Fovno says makes it “perfect for travelling”. The rack can be mounted in multiple positions, such as on the roof of a car, or on the rear of hatchback cars to reduce the overall height. 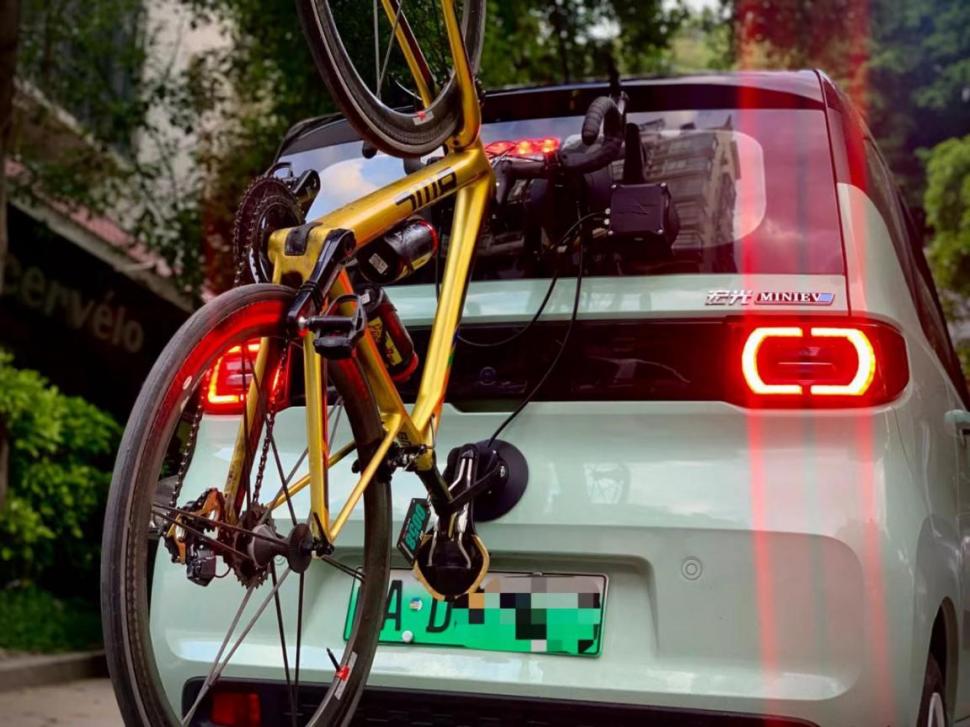 The system is made up of a control box, an alarm system, pneumatic hoses and three suction cups. Two of these suction cups are used to hold either side of the handlebars, while the third mount secures the saddle.

The rack is compatible with both flat and drop bar bikes, and Fovno says that the “three-pronged structure, coupled with the electric N-Power control box and alarm system, is extremely stable and secure.” 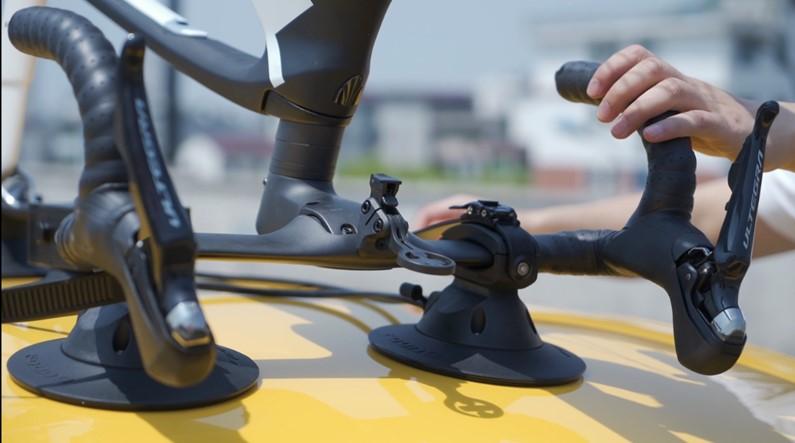 The main advantage of mounting the bike upside down as opposed to a traditional suction cup system is that the front wheel can remain attached to the bike, meaning that there is no need to remove anything before mounting.

The alarm system then plugs into an interior USB, and if a seal is broken then an alarm will sound while the control box automatically attempts to reseal the leak. A 3400mAh lithium battery is used to power the electric air pump, and it's recharged via a Type-C port. The system also has an IP65 waterproof rating and is available now with an extension package for this model, available soon to allow multiple bikes to be mounted using a single system. Would this system allow you to transport your bikes on more vehicles? Let us know in the comments below...