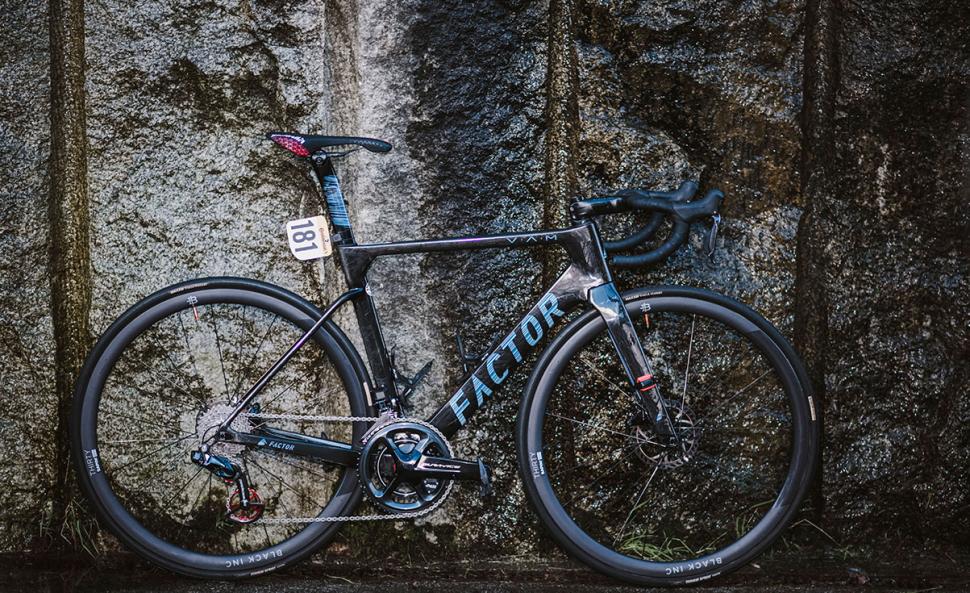 Canyon is not the only one having technical incidents; Factor's steerer tube failure occurred at the Omloop Het Nieuwsblad
by Anna Marie Hughes

Factor has revealed the cause of steerer tube failure experienced by Israel Start-Up Nation rider Tom Van Asbroeck while racing Omloop Het Nieuwsblad last month, and it's all down to the compression plug, apparently.

WorldTour bikes: surely these are the trusted top performance models that we are dreaming to ride. Yet in the last month we have seen two catastrophic failures with handlebar related disasters of Matthieu van der Poel’s Canyon Aeroad and Tom Van Asbroeck’s Factor Ostro.

You might remember when Israel Start-Up Nation rider Tom Van Asbroeck was seen at the side of the road a few weeks ago at Omloop Het Nieuwsblad, with his handlebars dangling into his front wheel. The steerer tube had sheared off the Factor Ostro after the Belgian rider struck the kerb.

Factor silently shifted the team riders onto other models, including the One and O2 Vam, until the failure could be fully understood after an internal investigation.

The failure of the Ostro was found to have occurred adjacent to the bottom of the compression plug, and Factor have clarified the full extent of what happened in a blog post on its site.

Post-incident, Factor says it undertook several stiffness (static mass displacement) tests, fatigue tests (repeated load tests) and impact tests based on reports from the team mechanics on how the team were using the fork, to try to uncover the root of the issue by replicating the failure shown in use.

Israel Start-Up Nation were struggling to keep the preload on the headset during cobbled races.

Factor has concluded there was a batch issue with the plug provided to the team.

“A batch of them received a clear anodising treatment after sandblasting which then decreased the surface roughness and ultimately the pull out strength,” Factor explains. 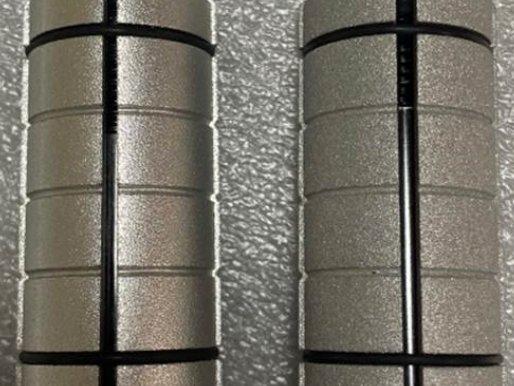 This pointed to the cause of the preload issue, but it did not help identify why the failure occurred when the headset worked its way loose and was retightened. Why?

"The taper length of the upper expansion wedge did not conform with the original plugs used by the team the year before, or with previous batches, something had changed.

“The addition of a flat surface or step on the top of the taper allowed the upper part of the silver friction surface to bottom out on the top wedge prior to the lower wedge, thus fully concentrating the preload resisting force entirely at the bottom of the preload plug. “This decreased the amount of area subjected to friction on the inside of the steerer, and caused further loosening of the headset, resulting in the further tightening of the plug, causing further concentration of this force.”

Israel Start-Up Nation mechanics complained that the lower nut would eventually just spin, without tightening up anymore. Factor now explains this is because the lower expansion wedge would bottom out on the bolt, meaning that the lower part of the steerer tube was seeing a tremendous amount of distortion in that small local area.

So what happened to Van Asbroeck’s Ostro?

Factor concludes: “A lack of preload led to overtightening which coupled with a batch issue on the upper wedge led to non-uniform engagement of the compression plug on the wall. This led to local deformation in the steerer that manifested itself as a failure under post-impact fatigue where the compression plug terminated in the fork.”

Factor advises not to over tighten your compression plug. “If you find yourself in search of greater preload retention strength, then we can supply a compression plug with the proper roughness, coupled with a turning operation on the upper taper to match the engagement length and angle of the lower, giving both greater preload tightness, and ensuring uniform distribution of preload force.”

Israel Start-Up Nation team riders are all being given replaced forks. Factor adds: “We’ve also taken the opportunity to further ‘fool proof’ the system, with a bonded threaded preload device, which will add weight and maybe a source of headache for regular riders but for the team is ideal.”

What does this mean for regular riders?

For those struggling with preload, Factor are supplying a replacement plug, available immediately via shops, distributors or directly. “If you find yourself unable to keep preload on the headset of your Ostro or Cam, please contact Factor for a replacement compression plug, but do not attempt to resolve the issue with overtorque,” stresses the brand.

Should the UCI be ditching the minimum weight limit and replacing it with standards on torque and strength minimums?