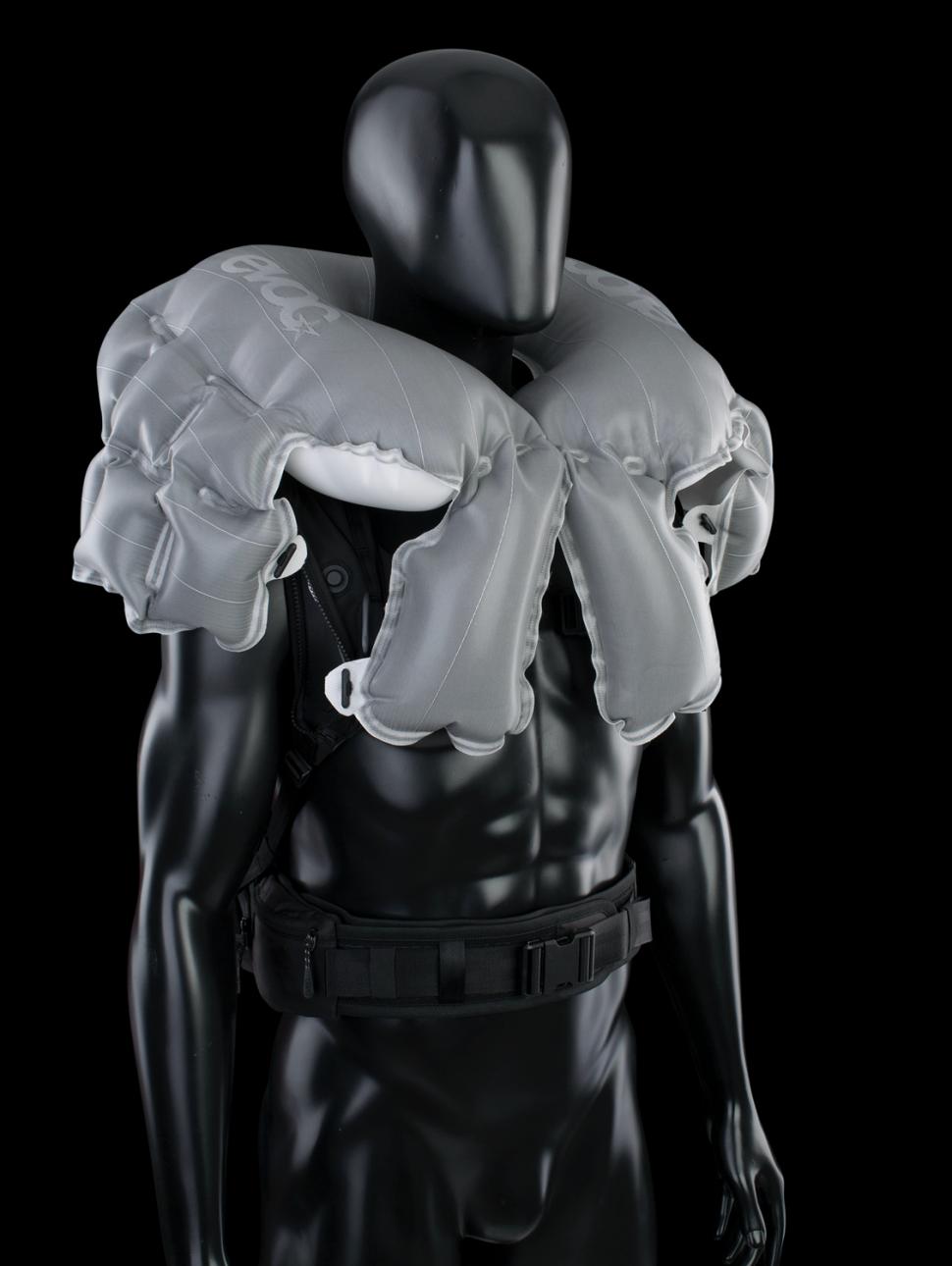 Evoc’s Commute A.I.R. Pro 18 backpack, which features an integrated airbag system to protect commuters in the event of a crash, will go on sale this autumn. Announced last year, we had the chance to check out Evoc’s design at last week’s Eurobike 2022 bike industry expo.

Evoc says that if you crash the integrated airbag will inflate in 0.2 seconds to protect your neck, shoulder and chest. The backpack also features what’s called a Liteshield Plus back protector that meets EN 1621-2; level 2 standards for motorcycle armour. 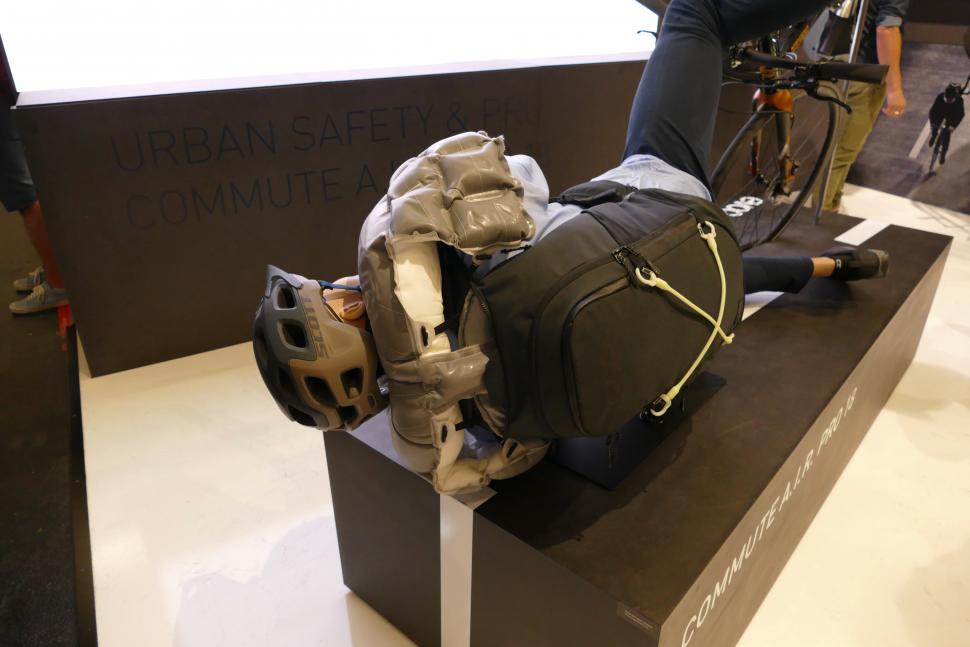 “The integrated airbag system was developed specifically for the application in bike backpacks – for daily commutes to work, school or leisure activities,” says Evoc. “For this purpose, Evoc teamed up with Minerva-AS GmbH, a Bavaria-based company specialising in work-safety airbags. The heart of the system is a sensor-controlled, 18-litre inflatable airbag protector which drastically reduces impact forces in the case of a crash.

The airbag is a two-layer polyester design. It is said to be capable of withstanding a pressure of seven bar – the equivalent of a 100kg steel plate falling from five metres. 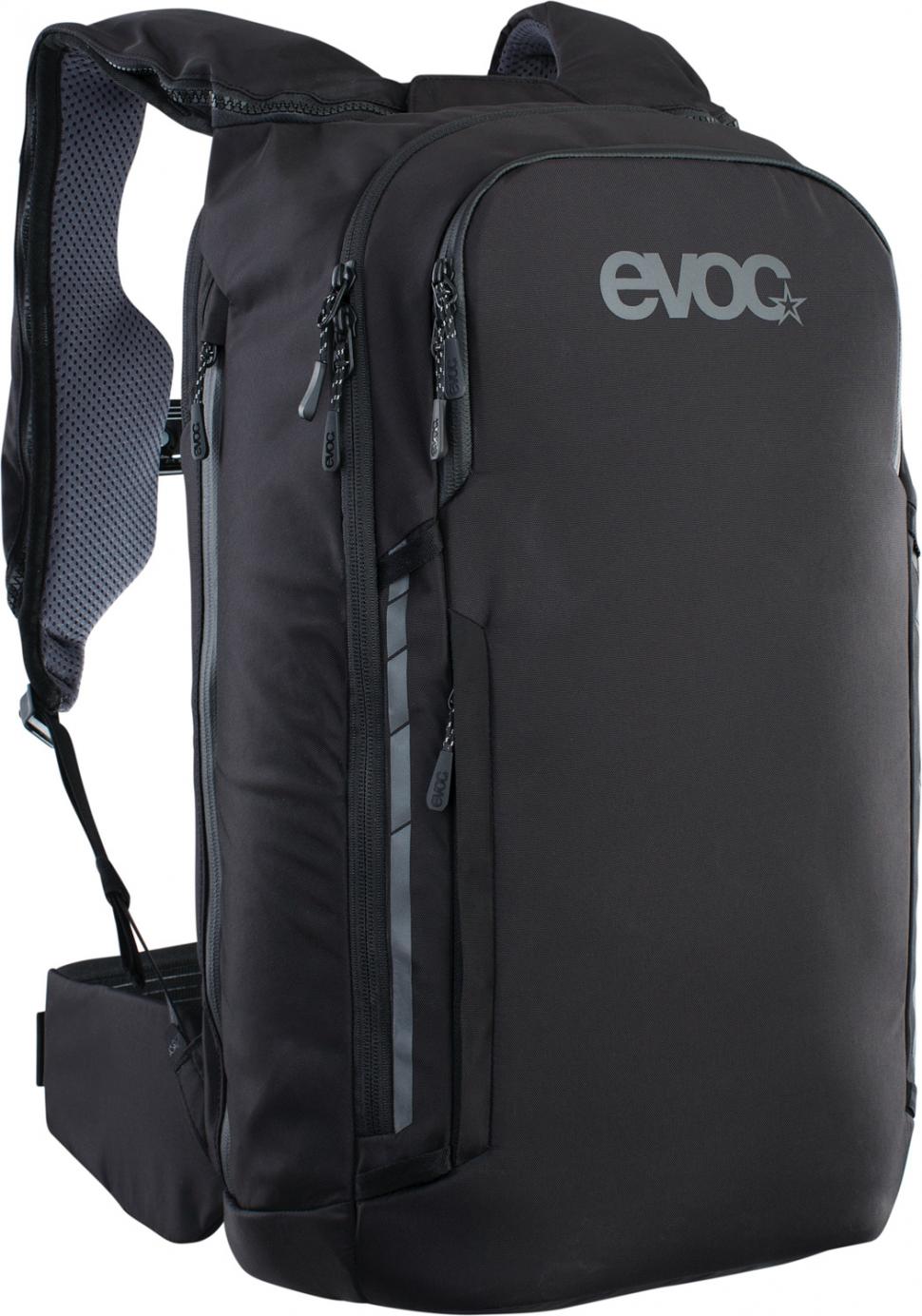 “When the airbag is deployed, the impact force and (braking) acceleration (HIC – Head Injury Criterion) acting upon the cyclist are reduced by up to 80%,” says Evoc.

This isn’t the first time that airbag technology has been brought to the world of cycling. Hövding already offers a collar that inflates to protect your head in the event of a crash.

We also reported recently that Poc has worked with automotive safety systems brand Autoliv to develop a prototype helmet equipped with airbag technology designed to improve head protection and reduce the consequences of an impact. 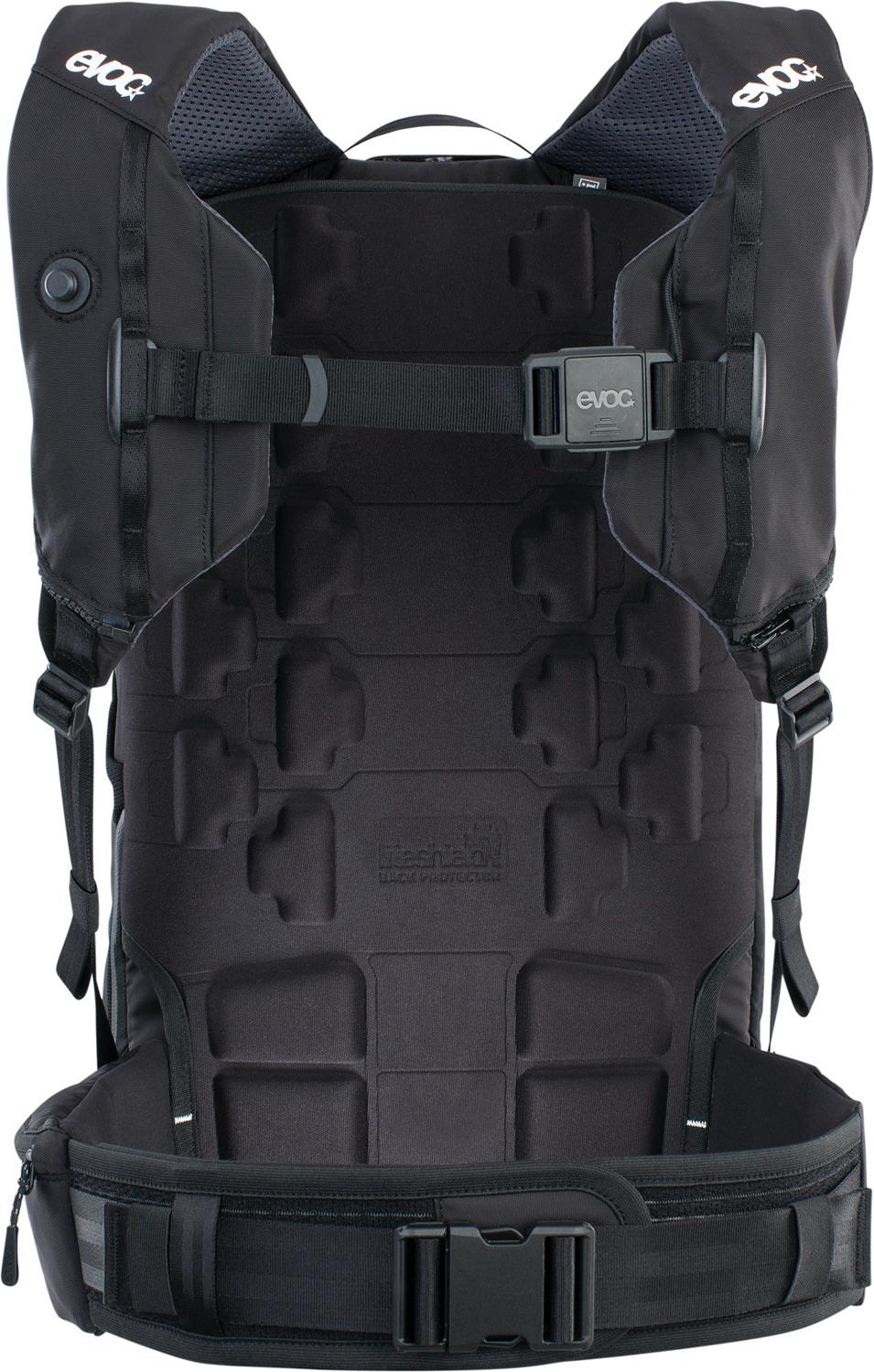 Evoc’s Commute A.I.R. Pro 18 features a USB-chargeable sensory unit equipped with six sensors that allow it to analyse the position of the backpack up to 1,100 times per second. The airbag inflates once deployment criteria are met.

“The triggering unit, which is fixed permanently to the airbag, includes a battery, memory chips and interfaces (USB/Bluetooth),” says Evoc. 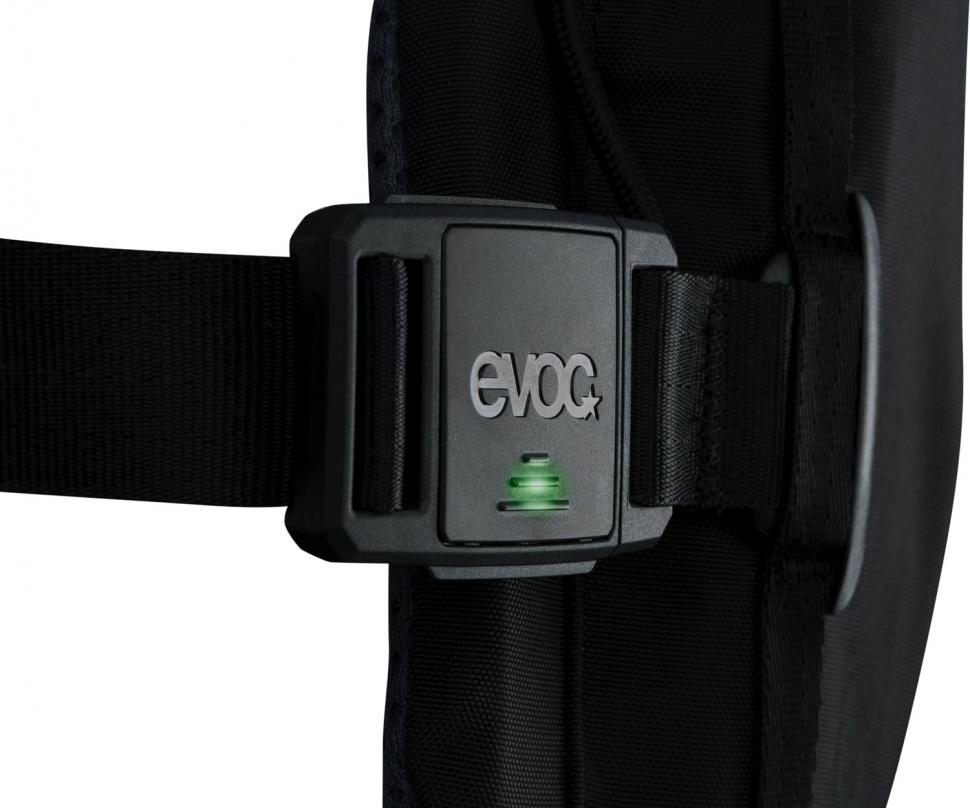 “Its overall weight, including the airbag, is approximately 800g. The mechanical deployment is implemented via the activation of an e-igniter. This builds up stagnation pressure that drives a needle through the sealing cap of the compressed-gas cylinder. Under atmospheric pressure, the liquid CO2 expands and fills the airbag within milliseconds.

“In order to avoid unnecessary deployment, a special algorithm developed by Minerva monitors data collection frequency, filters out spikes, eliminates faulty data or allows for angular velocity. Only secured values from the laboratory or from customers are memorised and analysed in the database. In addition, the mechanisms and triggering parameters of the algorithm are constantly controlled and optimised.

“After the airbag has been deployed and checked for damage, the system can simply be reused with a new cartridge. The recyclable and reusable inflator can be easily replaced as a whole. In this case, the gas container is replaced with the connector as a unit. The system controls automatically monitor whether the inflator is connected properly and displays this information via an LED.”

Evoc says that the battery life is 32 hours and the operating temperature range is 0°C to + 40°C.

As well as the airbag, the Commute A.I.R. Pro 18 backpack features various compartments for a laptop and smaller items.

The downside is that the Evoc Commute A.I.R. Pro 18 backpack is far from cheap at €990 (about £843; we don’t have a UK price yet). It will be available this autumn from www.evocsports.com and through other retailers from spring 2023.