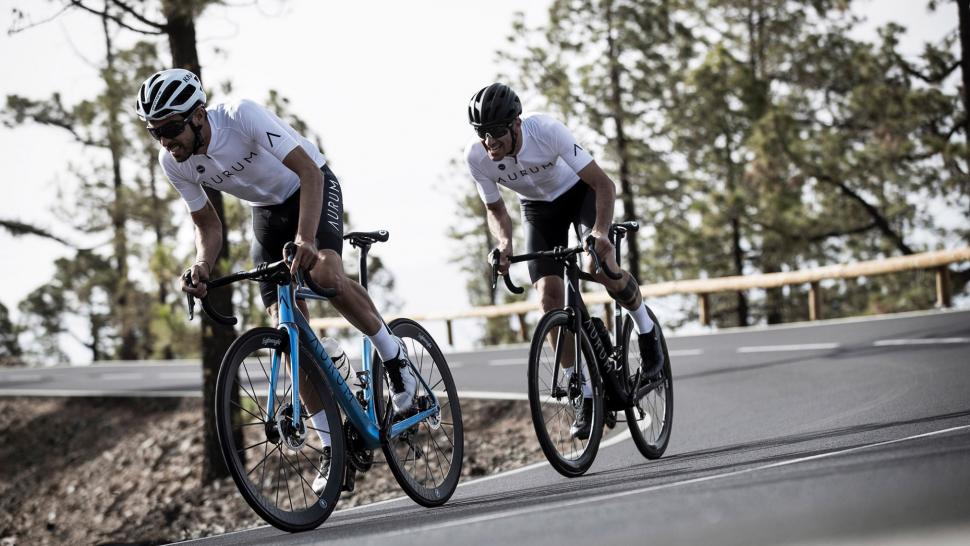 Designed as an all-around road racer, the Magma is “the ultimate racing road bike”
by Liam Cahill

For those of you that followed pro road racing from around the turn of the century until around 2018, you’ll probably be familiar with the names Ivan Basso and Alberto Contador. Both were Grand Tour riders, contesting the overall classifications in races like the Giro d’Italia, Tour de France and Vuelta a Espana. Since retiring, the pair have now teamed up to create a bike brand called Aurum and their first bike is one aimed at racers looking for a machine that can do a bit of everything.

The Magma is disc-brake only, has on-trend hidden cable routing entering the frame at the top of the head tube along with a geometry that keeps BB drop and trail nearly identical across all frame sizes. 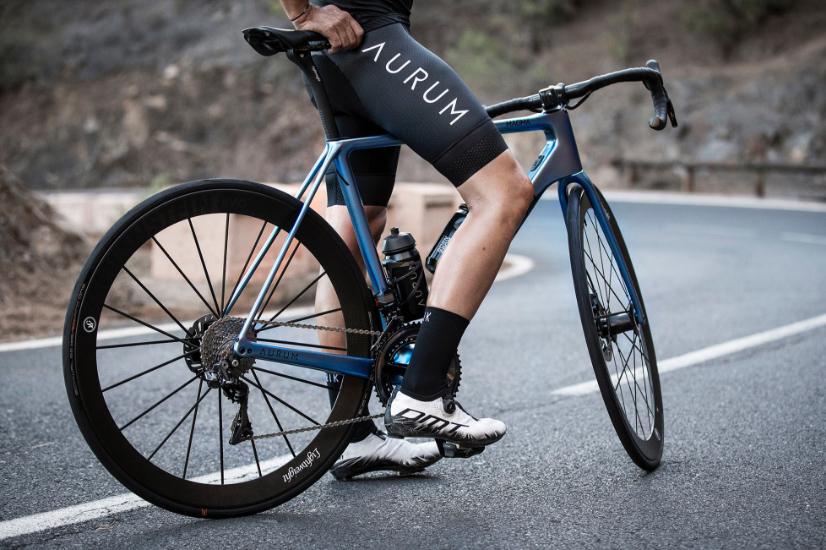 We've already seen a lot of this bike, but details have been scarce. The brand's Instagram page has been very popular, posting pictures of a bike covered in a shape-concealing wrap and Contador himself rode this in his Everesting world record attempt.

Finally, though, we have details about what Aurum is calling the "the ultimate racing road bike."

Alberto and Ivan say that they agreed that the frame “must be balanced in its handling: comfortable and compliant enough for long rides, yet stiff while climbing out of the saddle.” They also say that it needed to be “reactive at its front end when cornering to track every tight corner with precision, yet stable to inspire confidence on even the fastest open descents.” 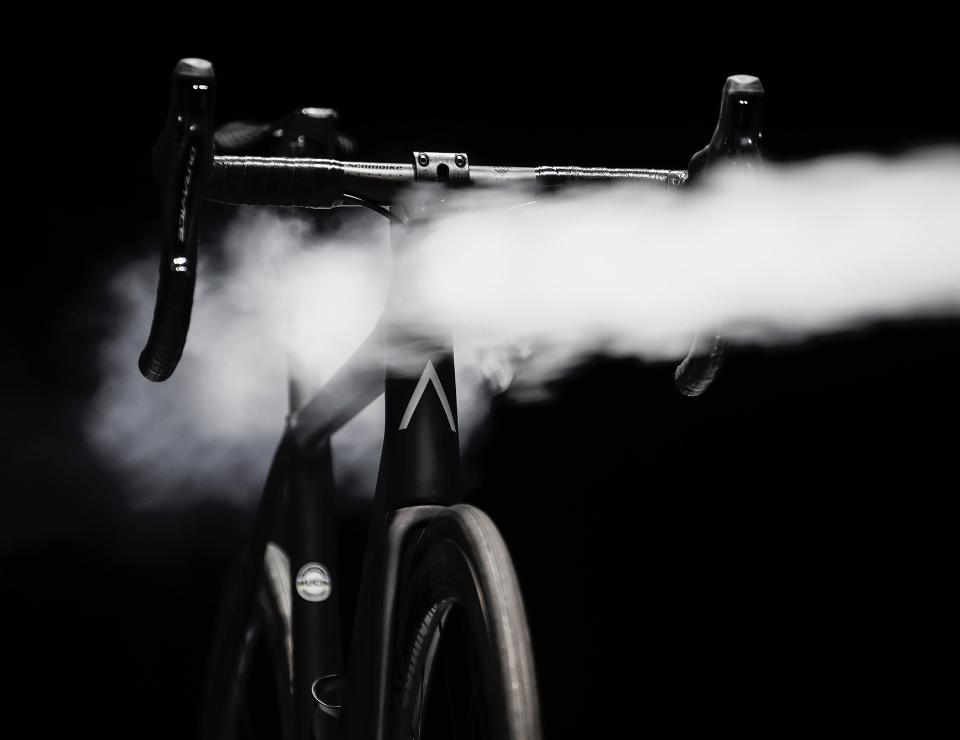 Aurum says that the Magma has NACA airfoil tube shapes. This apparently makes it nice and slippery in the wind tunnel, but data to support these claims hasn’t been made available to us.

“Magma has been designed using advanced CFD software and wind tunnel tested to help Aurum to fine-tune the computer-generated tube shapes to real-life conditions. A subtle but important aero feature of Magma is the Head Tunnel, how the headtube channels the brake lines inside the frame, directly from the handlebars, an aero efficient solution chosen for being both light and easy for cockpit assembly and adjustments.” The head tunnel allows the brake lines and any Di2 cables to be routed under the stem before passing in front of the upper bearing. The front brake line then passes into the fork via a hole halfway down the steerer tube. It is certainly a clean design, but Aurum doesn’t state what impact this has on aerodynamics. 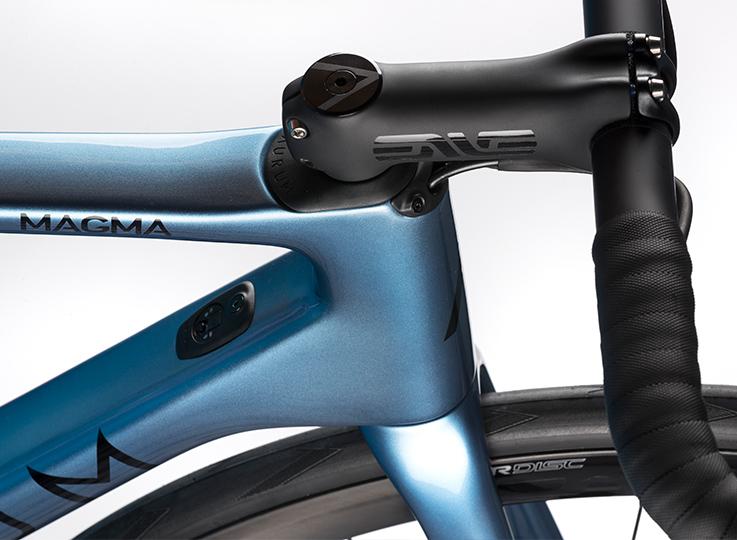 Aurum says that it is at the front end of the bike where you’ll find the aero tube shapes. The head tube, down tube and fork legs all feature NACA airfoil shapes with the trailing edges of these tubes truncated at different points depending on frame size.

Interestingly, the Magma doesn’t follow the 2020/21 tech trend of dropping the seat stays, instead of using a classic design where the top tube almost flows into the seat stays in a style reminiscent of the older Cannondale Supersix. Dropping the seat stays is a tactic often used when manufacturers want to add in a little more rear-end compliance but Aurum says that the thin design of the seat stays, along with “a special directional carbon layup” provides “vertical compliance to the rear triangle for increased comfort over long rides.”

This feature, they claim, also helps with cornering grip as “the vibration damping on the rear triangle helps to keep the tyres on the ground.”

At “just 805g for a naked size 54,” this isn’t the lightest disc brake road frame that we’ve seen, but it certainly isn’t a lump.

Aurum says that multiple carbon grades and orientations have been used depending on the part and size of the frame. They are calling this Experience Carbon Technology, or ECT for short, though we don’t have details on what carbon has been used.

Aurum claims that the Magma frame is tuned for size-specific stiffness to keep the ride feel the same across the range. “The downtube dimensions of every frame size of the Magma have been scaled individually for a proportionate stiffness level.” The result of which, they say, is consistent riding characteristics.

The frame features a BB386Evo bottom bracket, uses a 27.2mm seat post, is compatible with electronic and mechanical drivetrains, is flat-mount disc only, gets 12mm thru-axles and uses a tapered 1-1/8” to 1-3/8” headset. 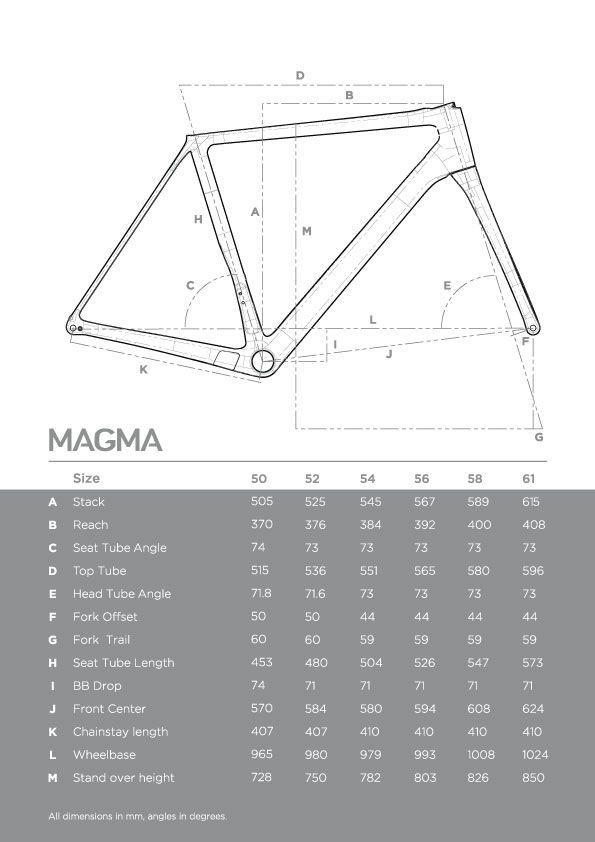 There are three builds available, each just as premium as the others. You have two Shimano builds, both centring around a Dura-Ace Di2 disc-brake groupset. One comes with Enve SES 3.4 wheels and Enve finishing kit while the other comes with Lightweight Meilenstein Evo disc wheels and Lightweight finishing kit. One SRAM Red AXS build is available with Zipp 303 NSW wheels and Zipp finishing kit. You have a choice between the Glacial Blue or Carbon Black paint on all builds. Framesets cost around £3720 and full builds are from £8890, depending on conversion from Euros which is what will display on the Aurum website. The bikes are available to buy now, but look set to take a few weeks to deliver.