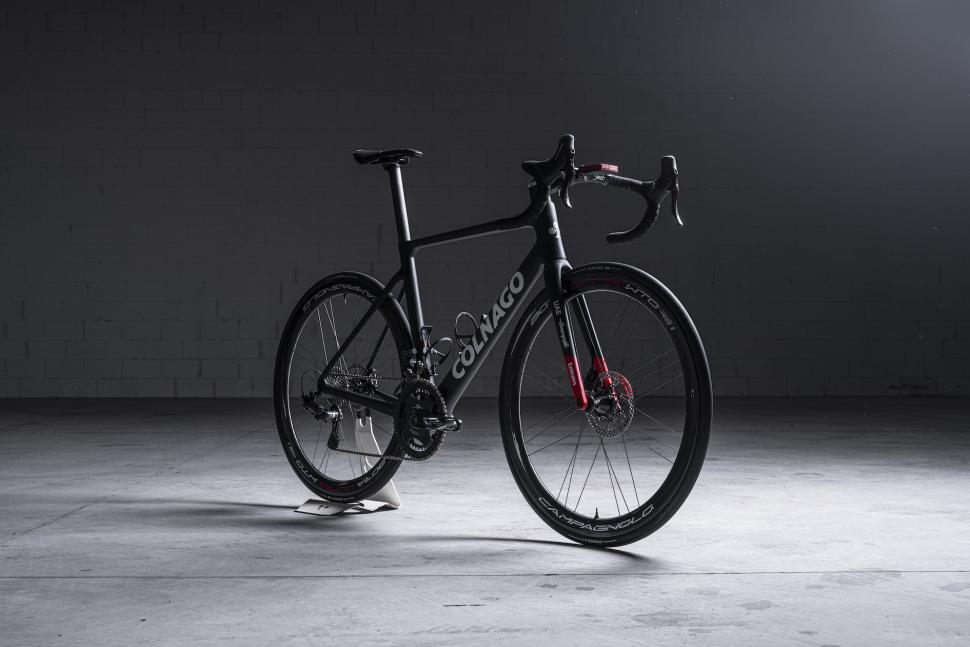 The Prototipo is still in development phase, but Pogacar’s UAE team will have the bike available for in-race final testing… and yes, the name does mean prototype
by Liam Cahill

In the final week of May, we spotted reigning Tour de France champion, Tadej Pogacar, riding an unidentified road bike during a training ride in the mountains. As we suspected, the Slovenian’s bike turns out to be a brand new Colnago called - for now anyway - the Prototipo.

Pogacar has, for his short yet incredibly successful Tour de France career, been riding Colnago’s V3Rs road bike almost exclusively. Yes, he has switched from rim brakes to disc and back again, but this is the first time that he’s had a brand new road bike to play with. 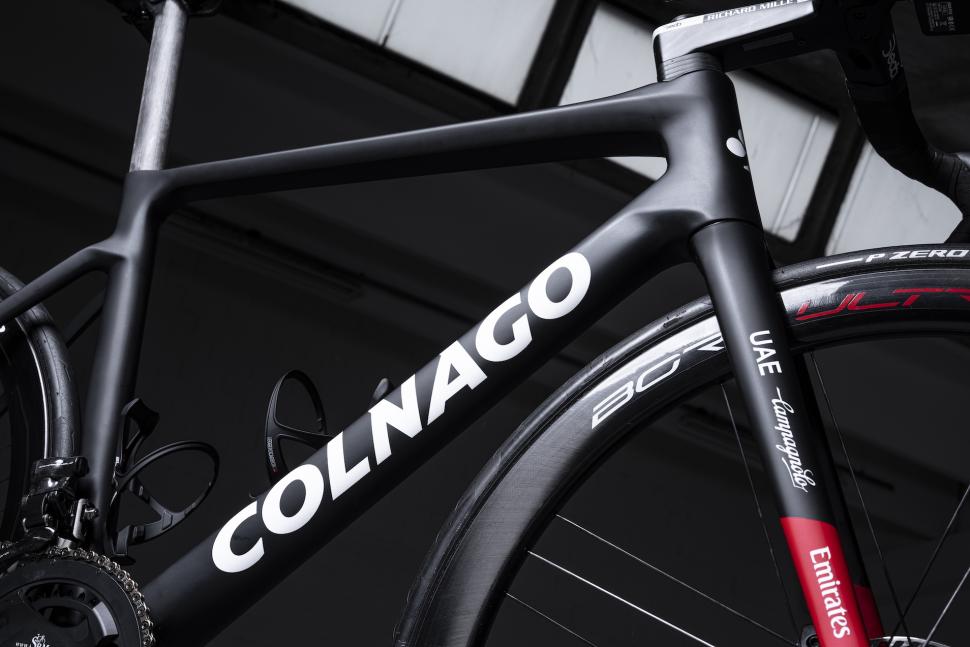 The Prototipo - that’s Italian for ‘prototype’ if you hadn’t guessed - comes with some easy to spot aero tube shapes, fully internal cable routing, A slightly sunken bottle cage mount area on the down tube and a slimmed-down head tube.

CermicSpeed's SLT bearings sit in the headset while the seatpost looks to be a D-shaped design that will likely be specific to the frame. While we've looked hard, we can't see whether Colnago has moved to a threaded bottom bracket or stuck with a press-fit system. Colnago says that this bike, whatever it actually ends up being called, will need to be “as versatile as possible, suited to the needs of sprinters, rouleurs and climbers alike, and to be at the top in the different phases of a race.”

That sounds rather like Colnago is moving towards a one-bike model for road racing where it used to have the lightweight V3Rs along with the aero Concept. That wouldn’t be an unusual move in today’s market. Specialized famously killed off the Venge and made the Tarmac more aero with the launch of the SL7 and other brands have done the same.

Colnago says that from a design point of view, the key points in the development of the Colnago Prototipo are the thin and hollowed head tube with “deep and marked veins”, in addition to the “larger and more robust bottom-bracket area.” 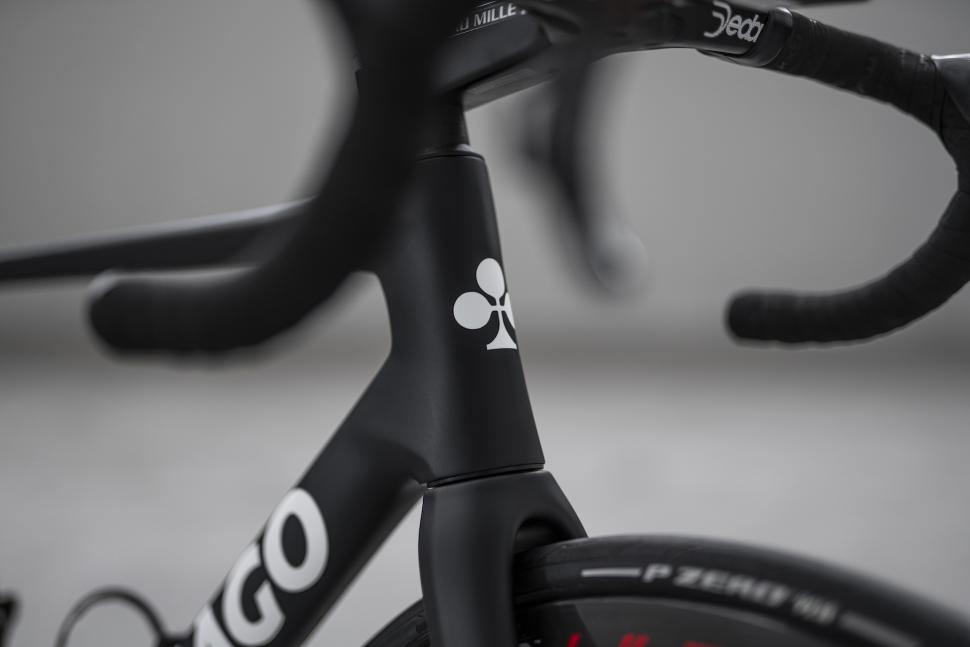 It’ll come as no surprise, then, to learn that Colnago is claiming to have achieved “greater stiffness in the areas where stress is greatest from pedalling plus lower aerodynamic drag against the overall weight of the frame.”

Colnago also says that a different approach has been taken with the Prototipo, with different carbon layups being tested on parts of the C68. Colnago explains that this was possible as the C68 uses a lugged construction, making it easier to customise the layup on an individual tube.

> New Colnago C68 is available with carbon or 3D-printed titanium lugs and costs up to €16,780 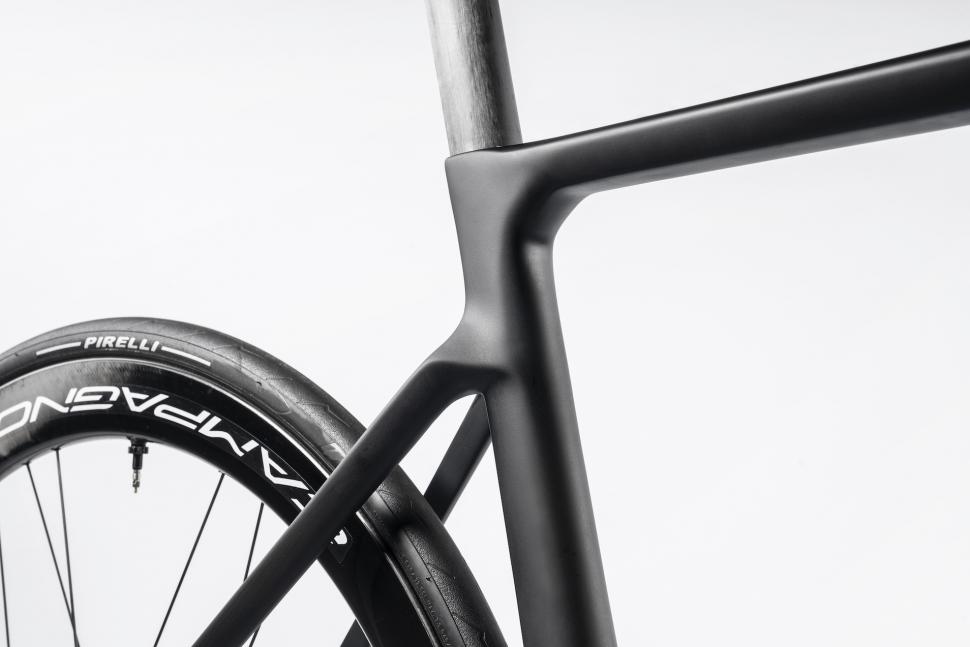 The Prototipo will be a monocoque frame and Colnago says that there are five test frames, each with different stiffness characteristics, that will now be given to UAE team riders for testing in races. From these five options, Colnago says that the final version will be selected following feedback from the riders.

Davide Fumagalli, Colnago Head of R&D, explained: “While computer and wind-tunnel tests are important, they have limitations. It is difficult – if not impossible – to replicate the race-specific situations, the irregularities of the course, the stresses of the terrain, the aerodynamic turbulence, the accelerations in the different moments of the competition. At the level of development we have reached, it is becoming increasingly difficult to achieve improvements. In this way, by taking advantage of the experience of those who ride their bicycles for many hours a day, we feel we can make our racing bikes take a further and important step forward." 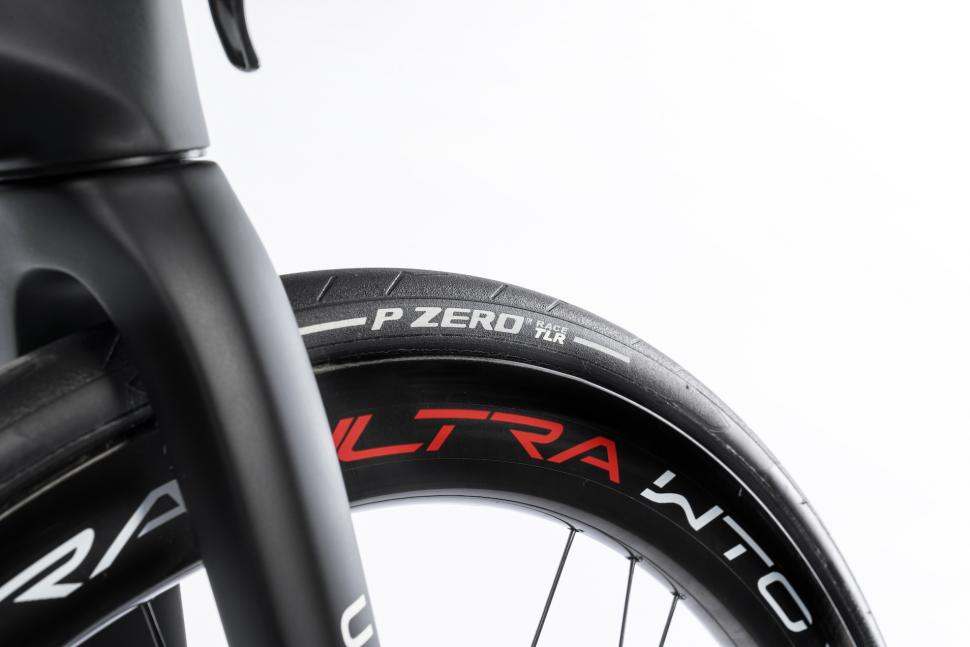 It is certainly an unusual step for a brand to pre-announce a bike before it has been finished. As we saw with the 2023 Trek Madone, riders and staff were under strict instructions not to talk about the new bike which seems likely to launch at the Tour de France in July.

So it could well be that Colnago is looking to take back a bit of control over the information that is in the public domain. With this pre-launch information, the Italian brand has given us just enough information to go on while undoubtedly saving some details for the big reveal.