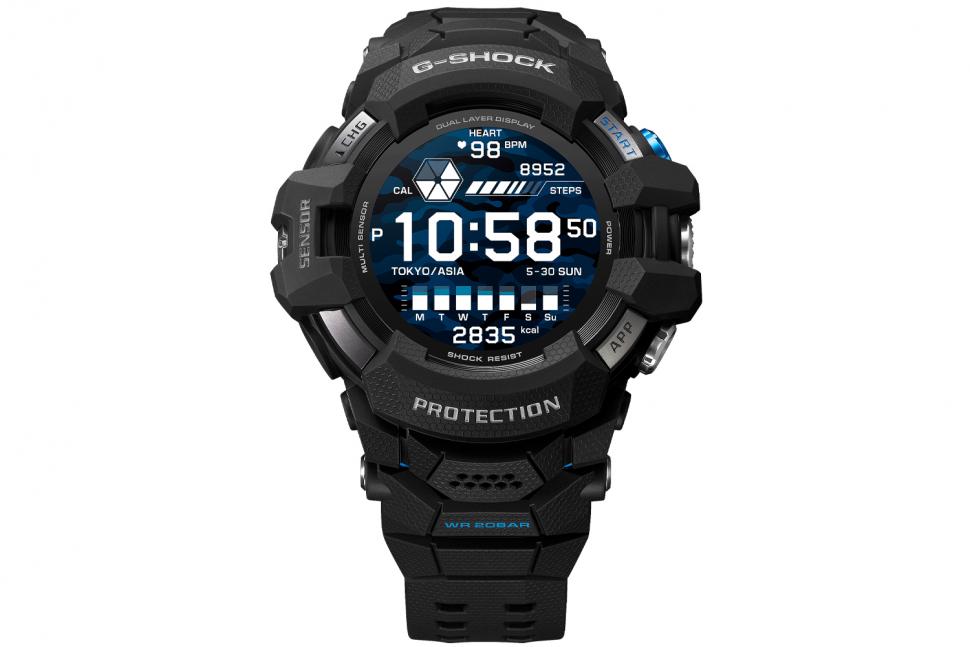 Casio has been in the watch-making game for quite a long time, but the G-Shock H1000 is its first smartwatch that features Google’s Wear OS.

Generally the choice of those that enjoy multi-discipline sports such as triathlon, rugged smartwatches offer the ability to track numerous activity types within a small device that is easy to take with you. Add in the functionality that smartwatches can bring to every day tasks along with their ability to track metrics that contribute to your recovery and you’ll often spot these devices on the wrists of active people.

The Casio G-Shock GSW-H1000 is the first watch from the brand to run on Google’s Wear operating system, a move that is long overdue for Casio’s smartwatch line. The watch comes with activity profiles for 15 activities, including cycling and will sync to the G-Shock Move app, allowing you to see your activity data post-ride.

Google’s Wear OS brings a huge range of apps that are designed for the watch. These can be sports-specific apps like Strava or apps that you might find useful off the bike. You’ll also get Google Assistant, Google Pay and Google Fit along with notifications for emails, calls, social media and more. 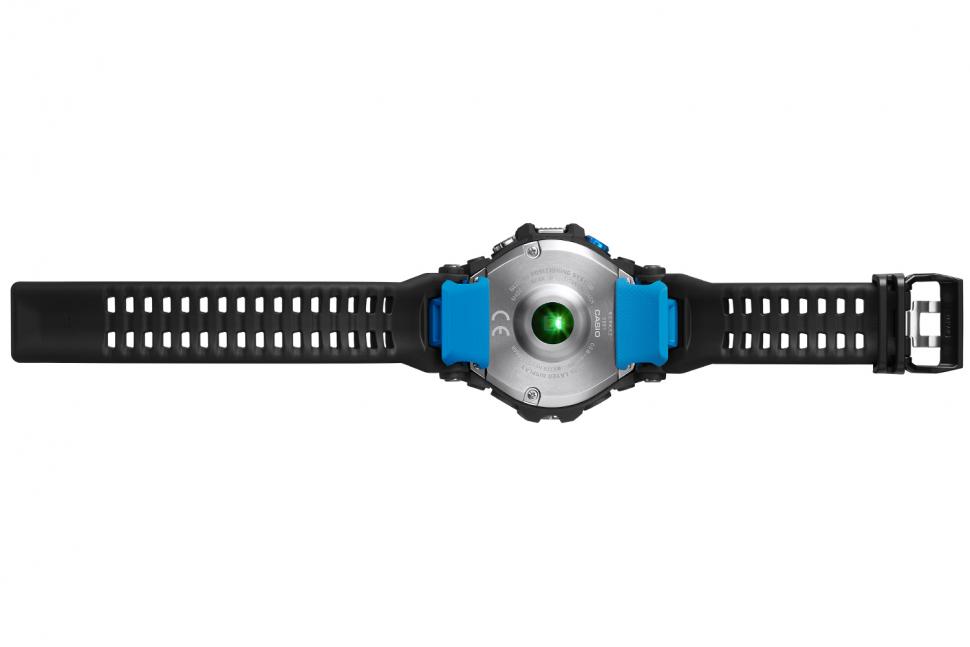 There’s very little that we haven’t seen before on other sports smartwatches, though the 200m water resistance that you’ll also find on a number of other G-Shock watches is certainly impressive.

The bulky design is a feature of many G-Shock watches and is claimed to help with shock resistance. That said, at 19.5mm thick, it could prove too bulky for some and at a claimed 103g, this isn’t the lightest option available.

Battery life is said to be around a day and a half, but there are features that can help to extend this. The first of these is the 1.2" dual-layer screen design which features a monochrome LCD for always-on time display and a colour LCD for displaying maps and data screens. The top layer is touch-sensitive, though Casio says that it only wakes up when prompted and that these measures mean that the watch will last for up to a month in the monochrome mode.

While the actual battery life will depend on usage, the ability to switch to low power modes will, as with other smartwatches, allow the user to extend the time between charges by using the power-hungry smart features when needed.

At £599, the G-Shock GSW-H1000 is at the more premium end of the market. If you're desperate to get your hands on one, you'll need to wait as an availability date is yet to be set.