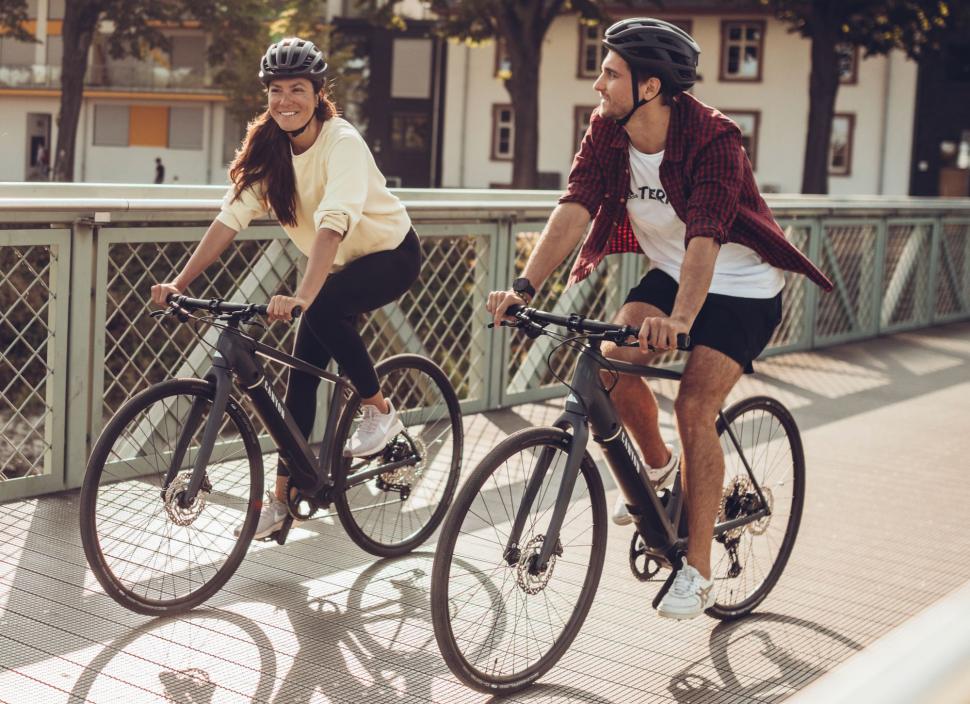 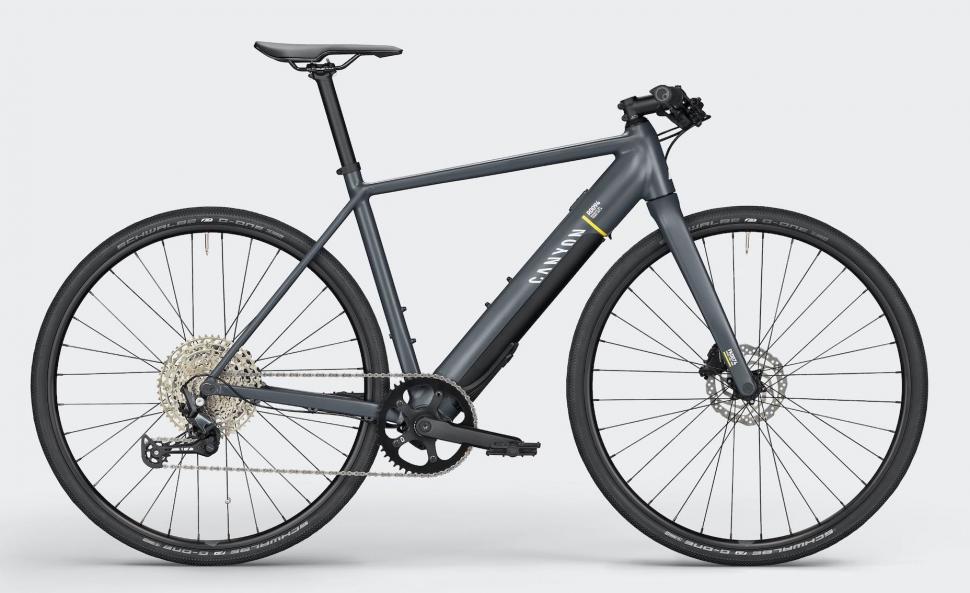 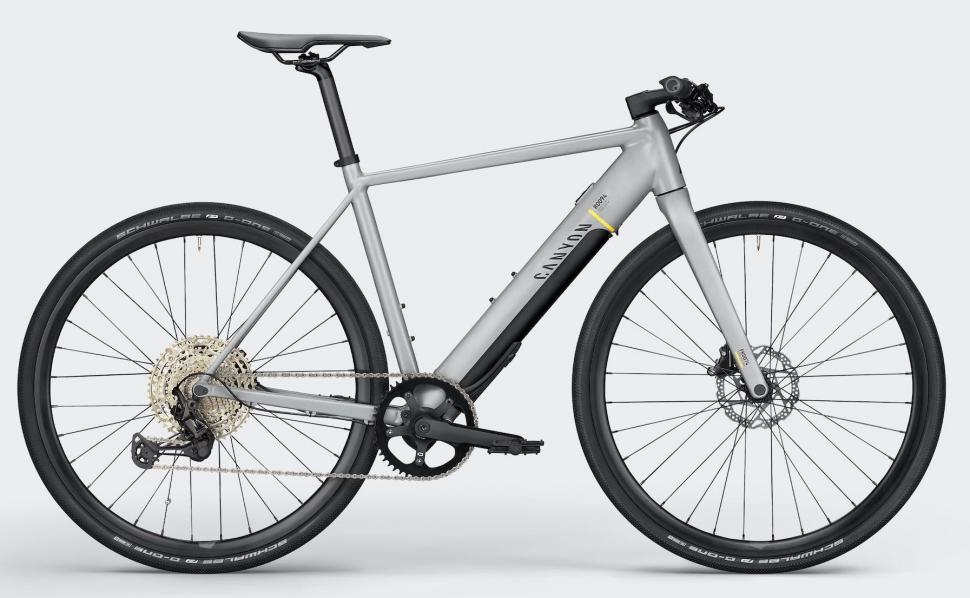 “To unite maximum speed with rock-solid day-in-day-out performance, the Roadlite:ON is built around a lightweight, robust aluminium frame, contributing to an outstanding low total weight of only 16 kg,” Canyon says.

Improved 250X versions of Fazua’s Evation 250 Wh battery have been swapped in. This system is now remote-operated, which is said to allow riders to switch the motor on and off without needing to remove the drivepack from the frame. 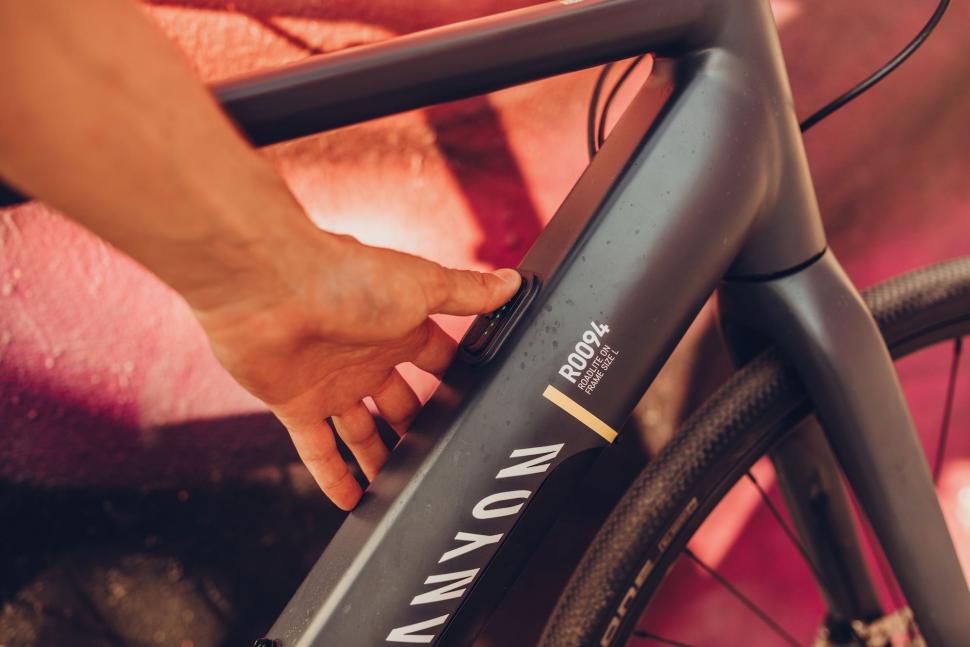 Fazua’s Evation drive system consists of a touch remote integrated into the down tube and offers three levels: Breeze (green) for a maximum range of 120km, River (blue) for 75km and Rocket (pink) for 55km. It can also be controlled using the Canyon Fazua app which tracks the battery status, as well as speed and distance.

The motor and battery can also be fully removed from the bike and replaced by a plastic cover. Canyon says this can create some storage space tools and food on longer rides, as well as reducing the bike’s weight down to around 13kg.

For a smooth riding experience, 35mm wide tyres have been fitted so the low pressure can soak up vibrations. A lightweight carbon fork and ergonomically optimised Ergon grips have also been specced for additional comfort.

Both models are equipped with hydraulic disc brakes and a Shimano 1x12 groupset for a reliable braking and shifting performance. 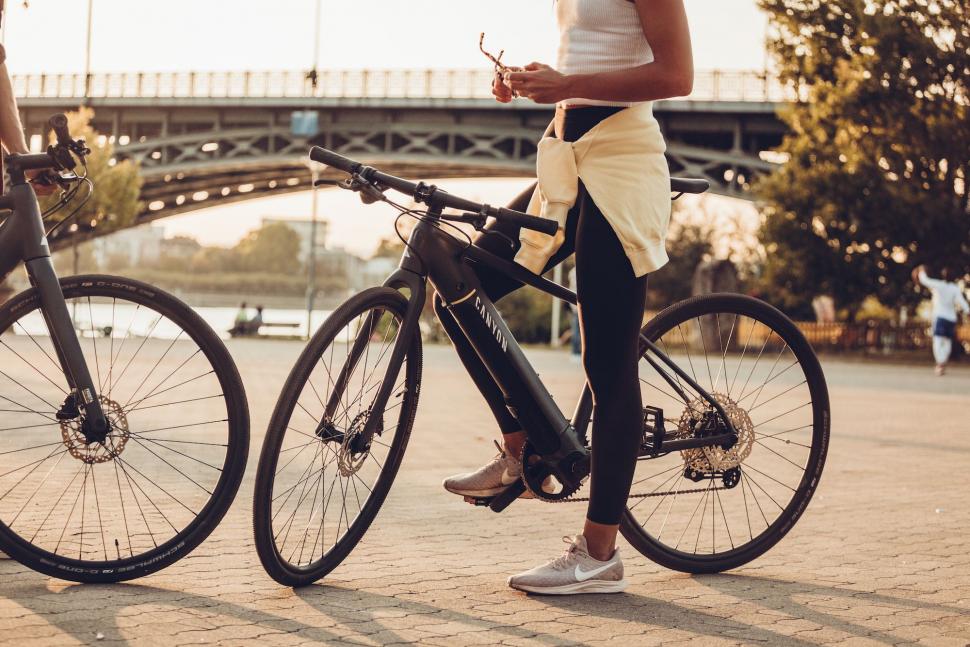 Alongside the integrated e-bike control unit in the down tube, internal cable routing contributes to the clean aesthetics of this bike.

Canyon have also optimised the bike’s geometry in all frame sizes—the XS has been fitted with smaller 650b wheels. 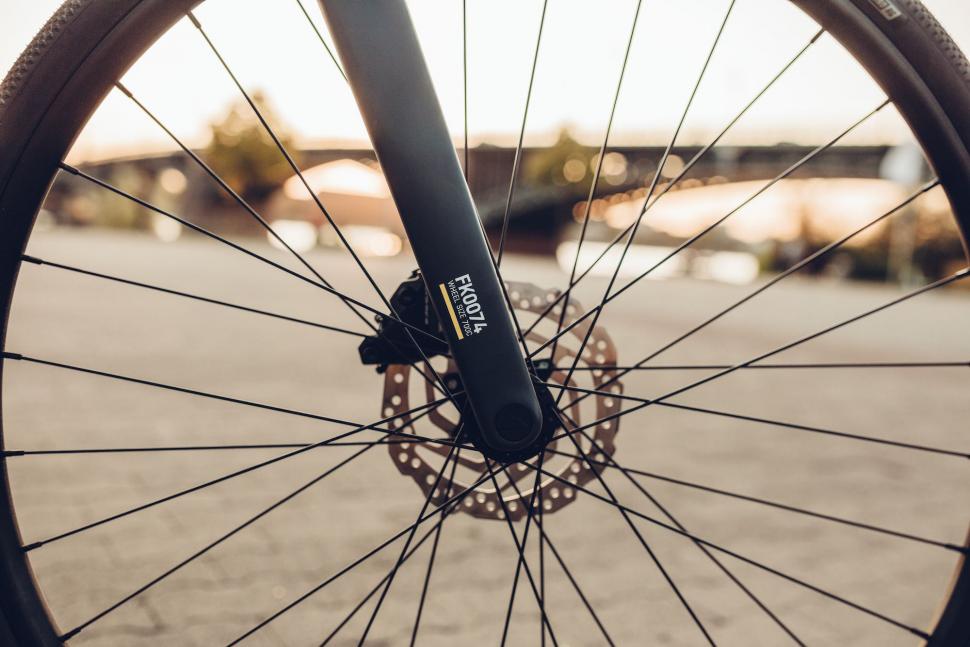