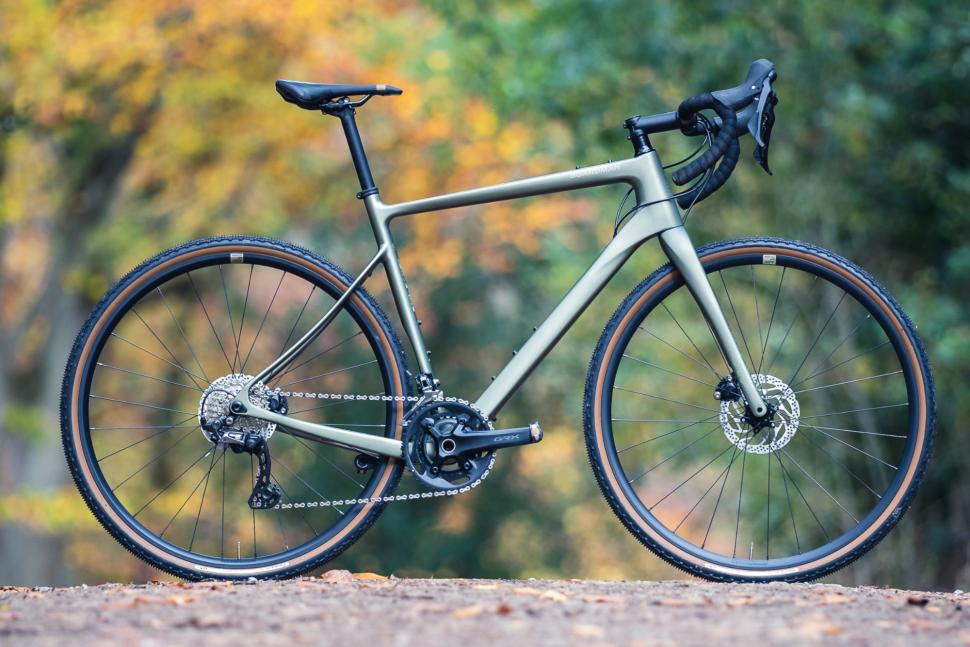 New carbon gravel bike fits into Boardman’s premium 9 series, alongside the recently launched 9.2 and 9.6 Disc road bikes. Get all the details
by Anna Marie Hughes

Boardman has updated its carbon adventure bike for a faster ride with a sub 1kg frame, 700C x 38mm tyres, and a 2x11 GRX groupset.

Boardman says the new ADV 9.0 (£1700) is designed for “versatility and real-world multi-use fun” as much of UK gravel adventures include “inevitable stretches of tarmac”. This marks a move towards a more efficient gravel rig and away from the ‘monstercross’ previous model, which embodied the negatives of a hardtail MTB—but without the positives. 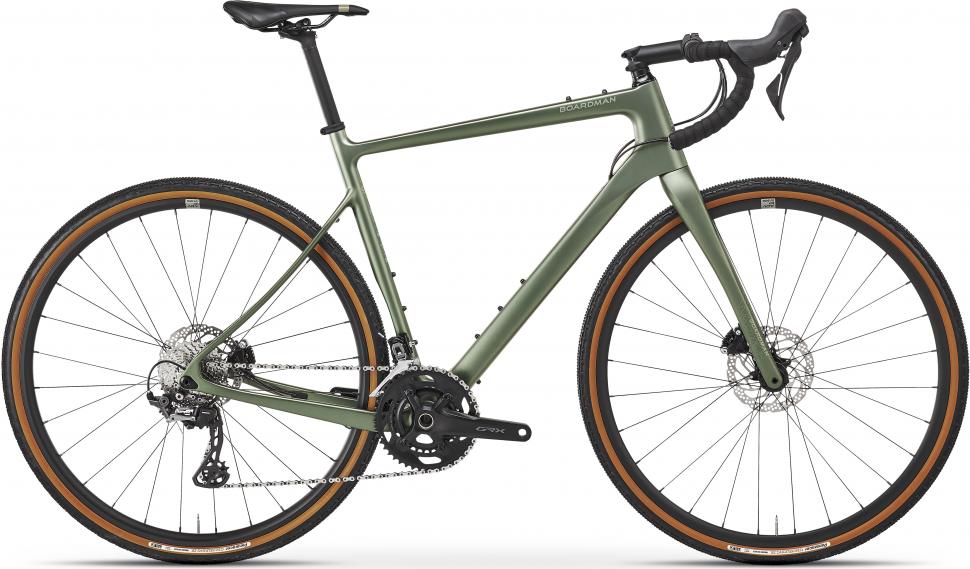 Boardman has switched from a 650B x 50mm wheel setup to 700c x 38mm, with the intention of “balancing efficiency on the road as much as off it”. Although a zippier build has been the focus, it’s good to see that Boardman hasn’t gone too far the other way, with robust Panaracer Gravel King SK tyres specced front and rear which are said to “strike an excellent balance between rolling resistance on smooth surfaces and grip when things get looser”. Thru-axle hubs are laced to 28 hole alloy rims, which come taped out of the box along with a set of tubeless valves—for a quick and easy conversion.

Reducing some of the need for cushier tyres is the flex that Boardman says it has engineered into the seatstays. These slender stays have been flattened to “allow for a small degree of vertical flex”, which should take the edge off the knocks and buzz. The frame comes in at a claimed 990g for a size medium which would be respectable for a road bike, let alone a gravel one with disc brakes and thru-axles. Geometry-wise, Boardman has slackened the head angle, elongated the top tube and lowered the bottom bracket—all in the pursuit of a confidence inspiring, stable ride. But Boardman promises the handling is “on the agile side of neutral”, thanks to a shorter stem. Catering for short and long adventures alike, bosses have been included on the top tube, seat tube, three on the inside of the down tube and with an extra set on the underside.

> Beginner's guide: How to go bikepacking

Equipped with Shimano’s GRX gravel groupset, the 22-speed drivetrain and 46/30 chainset provides a top end just a little larger than a 50x12 gear. Interestingly, Boardman has chosen an 11–32t cassette, as opposed to the 11–34t option which Shimano rates as the biggest cassette the rear derailleur can take. The four single tooth jumps of the 11–32t, compared with none on the 11–34t is likely the reason for this, underling Boardman’s commitment to pedalling efficiency on this performance adventure bike. 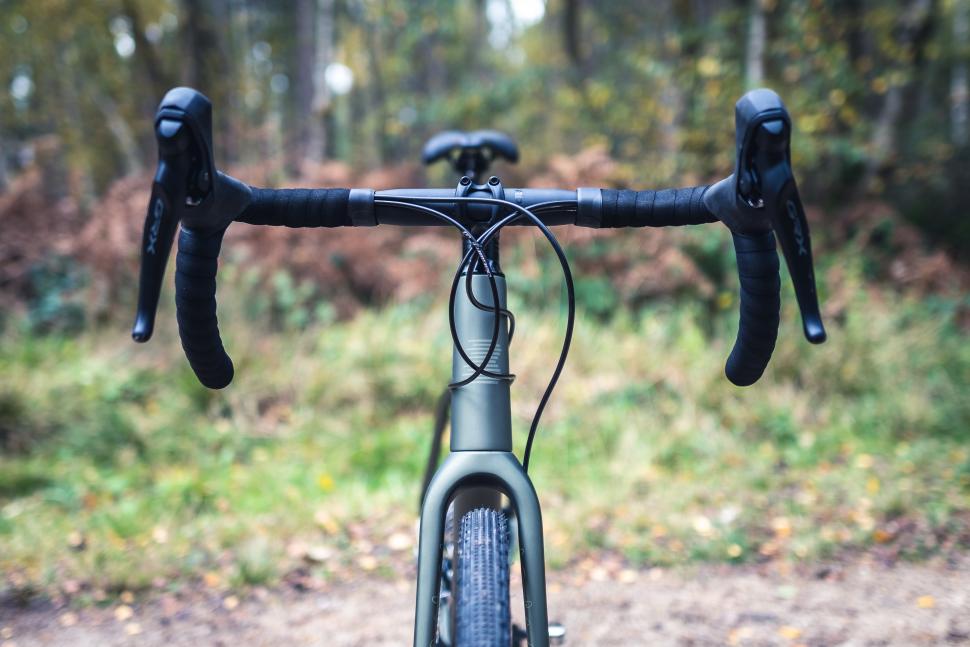 The handlebars are flared, but in a more subtle 6° flavour than some of the more avant-garde specimens out there. Boardman says “as with everything on this bike [this] is chosen for its ability to mix duties”, with these bars promising “on the drops technical control without compromising in-line aerodynamic efficiency on the faster road sections”.

Along with the stem, the handlebars are aluminium; carbon would be just a little lighter but significantly more expensive. Speaking of the price, this bike looks incredible value at £1,700 if it performs as well in person as it does on paper—we’ve asked for one in for review to feature on road.cc soon.

Available from Halfords and Tredz. Size large is already in stock, with small, medium and extra large landing later in December.

Get more info at www.boardmanbikes.com

1
Cyclist punched repeatedly by motorist in road rage incident
2
How many miles do you get from your tyres? Plus new stuff from Hutchinson, Santini, Le Col, HUUB, and loads more
3
UCI downgrades RideLondon Classique due to “unacceptable lack of respect” for teams and riders
4
“This could be his GC over”: Joe Biden falls off bike after getting foot caught in toe straps
5
Near Miss of the Day 786: “They have been behind you for some time” – Police say close pass isn’t careless as cyclist didn’t change direction
6
“Sparks flying in broad daylight”: Thief attempts to steal Labour MP’s bike using angle grinder
7
Near Miss of the Day 787: “It’s a cycle lane, innit?” Driver punishment passes cyclist for not riding on notorious Priory Road bike lane
8
Hit-and-run driver who left cyclist “for dead” has prison sentence overturned