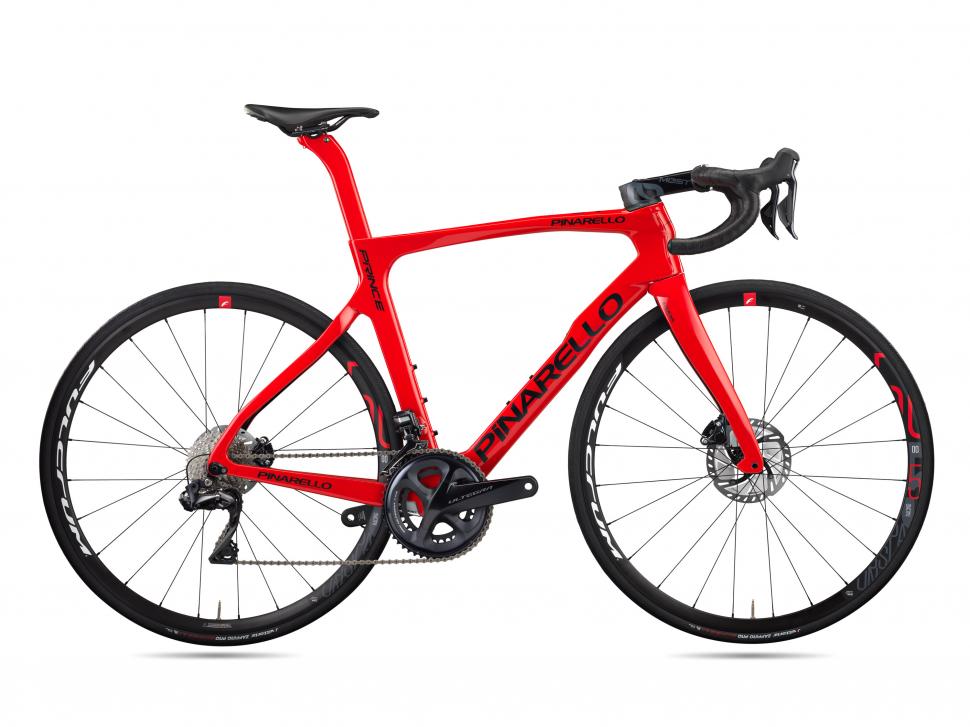 Pinarello have redesigned the Prince road bike with a shorter reach and taller stack, while the Paris has returned as an endurance bike for 2021. The Dogma F12 gets a broader range of colours with 18 options, and there are now a whopping 13 sizes to choose from.

For many, especially those relatively new to cycling, the Pinarello name is synonymous with Team Sky and the Tour de France. While the Dogma F12 used by the pros gets a couple of small tweaks for 2021, the main news comes with the Prince and Paris models, both of which get redesigned geometries along with design cues and trickle-down technology from the Dogma F12.

Coming to the UK as a disc-only bike, the Prince has been been given a geometry refresh that makes it slightly less aggressive with an increased stack and shorter reach. It doesn’t appear that the bike is moving away from its racer heritage though. There are plenty of aero claims and apparent stiffness improvements.

The frame is still offered in two grades of carbon, with the standard model getting Toray T700 and the FX bumping things up to Toray T800. Pinarello doesn’t say what difference this makes to the frame, but we’d assume that the usual suspects of weight, stiffness and compliance all feature.

Borrowing aero trickle-down technology from the Dogma F12, the new Prince features the recessed bottle cage placement in the downtube which Pinarello claims minimalises the aerodynamic impact of the water bottle.

Pinarello also says that “the introduction of the Dogma F12’s trademark ForkFlaps along with a more aggressive Onda fork shape again improves stable air flow over the bike.”

Again borrowed from the F12, Pinarello says that the chainstays have been made to be slightly squarer. This is claimed to provide a 10% boost in stiffness while a slightly larger downtube has been used to “further increase strength.” 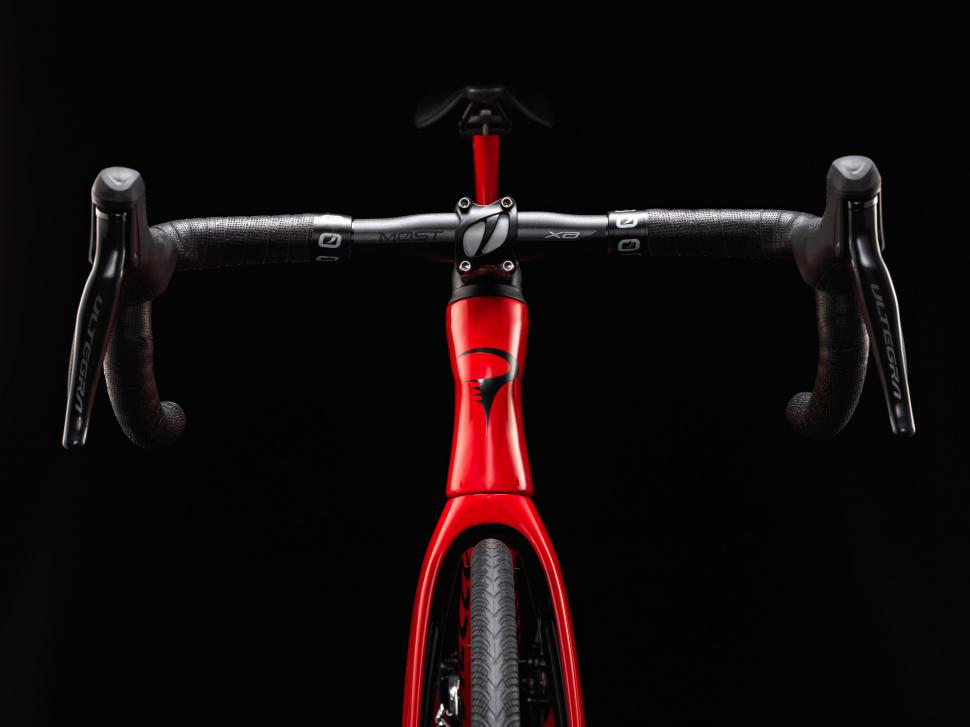 The front end gets the integrated cable treatment that has almost become standard on new race bikes over the last year. Pinarello claims that its TICR (Total Internal Cable Routing) system results “in an 85% reduction in cable and wire aerodynamic drag.”

“The necessary enlargement of the headtube to accommodate the TICR system has also enabled the development team to optimise the frame’s frontal area, further enhancing clean airflow.”

Pinarello claims that all of the changes add up to a bike that “offers optimal power transfer, ensuring no watt is wasted out on the road.”

After some time out of Pinarello’s lineup, the Paris is back, slotting into an apparent road endurance gap in Pinarello’s range. Pinarello claims that the Paris “embodies the brand’s racing DNA while still offering its owner a stable and supremely comfortable ride”, taking cues from the Gan-K and Dogma F12 in its design.

The geometry is said to be more embracing of a wider audience, but we’ll forgive you for thinking that the bike still looks distinctly race-orientated. 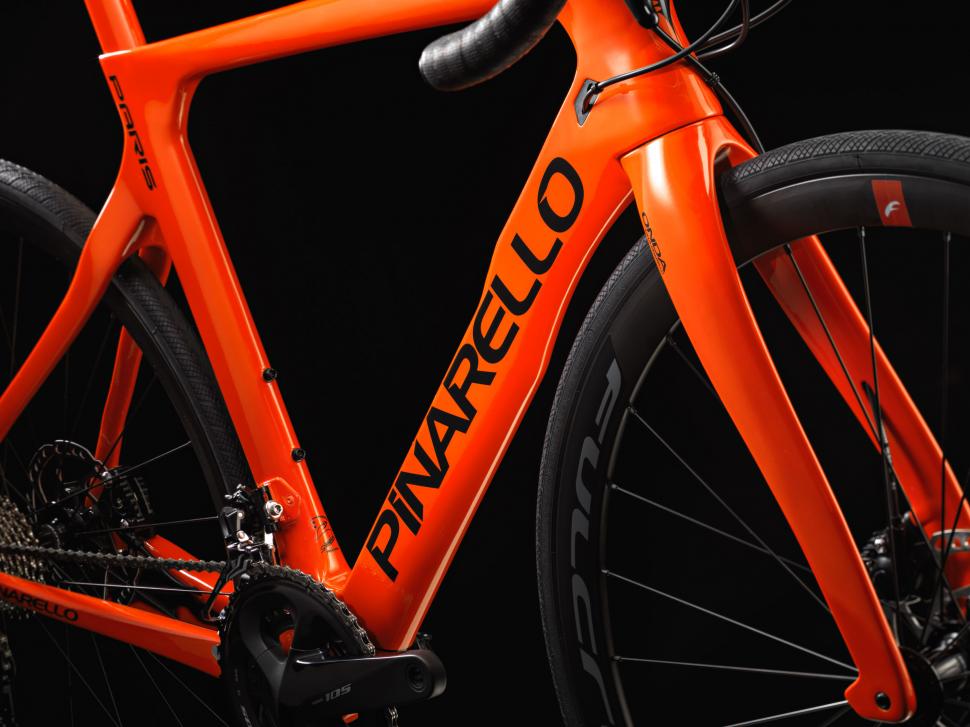 The chainstays have been lengthened to offer a little more stability while Pinarello says that it has kept the large downtube, headtube and setstays to “ensure a ruthlessly efficient transfer or power.”

The disc-only bike comes with space for 30mm tyres and gets the same sunken bottle cage mounting position found on the new Prince. To keep the price down to what Pinarello describes as an “entry-level” £3,000 on the Shimano 105 model, Toray T600 carbon is used. 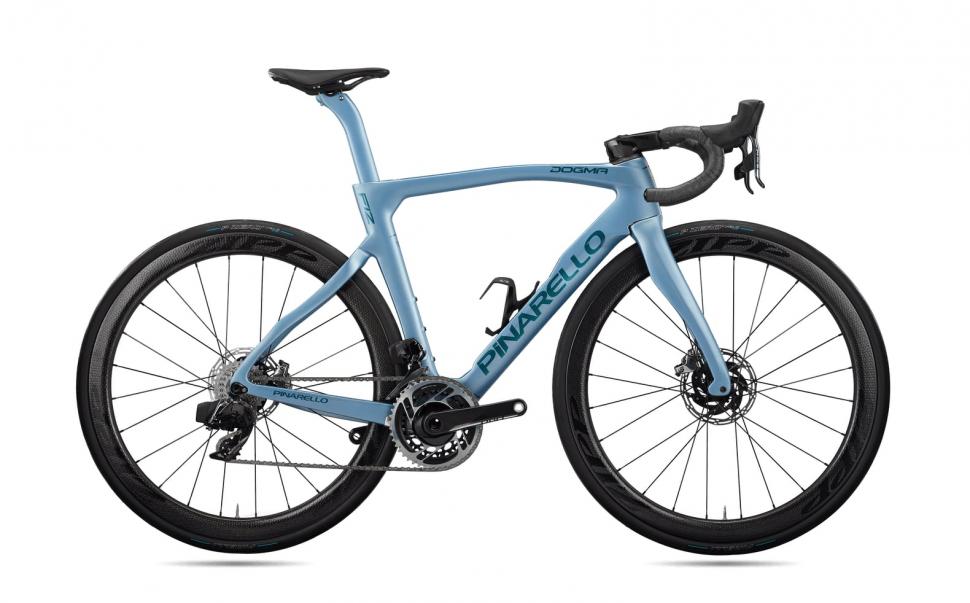 While the Prince and Paris have some significant changes, the Dogma F12 is limited to an increased size range and some new colours on Pinarello’s MyWay custom builder site.

The new Prince and Paris bikes will be available to order from 1st August.