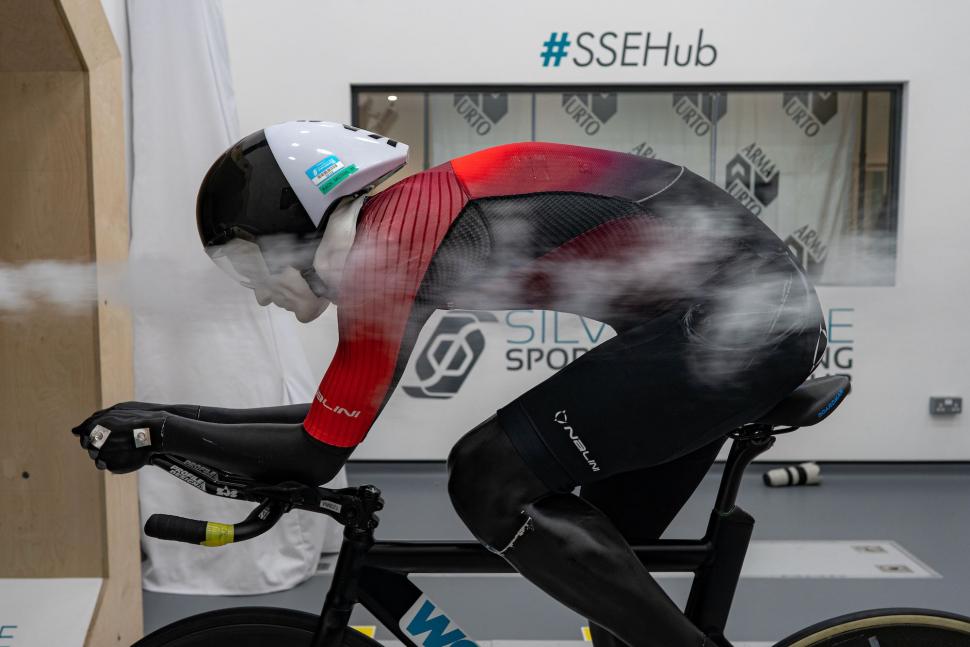 ArmaUrto says that recent wind tunnel testing shows that its base layer and hip and shoulder pads, designed to offer impact protection and abrasion reduction in the event of a crash, have a minimal effect on drag – which might have been a concern for racers – and can improve aero efficiency in certain situations.

ArmaUrto is working with a UCI WorldTeam – the highest category in professional road racing – in 2022 having supported UCI Continental team Ribble Weldtite Pro Cycling in 2021 as well as Scottish ultracyclist Josh Quigley when he resumed and completed his round-the-world ride.

“Each pro-cycling season, crashes and accidents have ruined months of hard training and preparation,” says ArmaUrto. “Pre-season training camps have been disrupted due to accidents; team tactics are thrown out the window as key members crash out and chances of claiming victory in important one-day and stage races lay in tatters due to impacts and road rash.

“During the development of our new Arma range, we wanted to see if our products detract or even aid the aerodynamics of a rider. Therefore we enlisted the help of Jamie Lowden and the team at Wattshop to put our elite products through their paces in the wind tunnel at the Silverstone Sports Engineering Hub.” 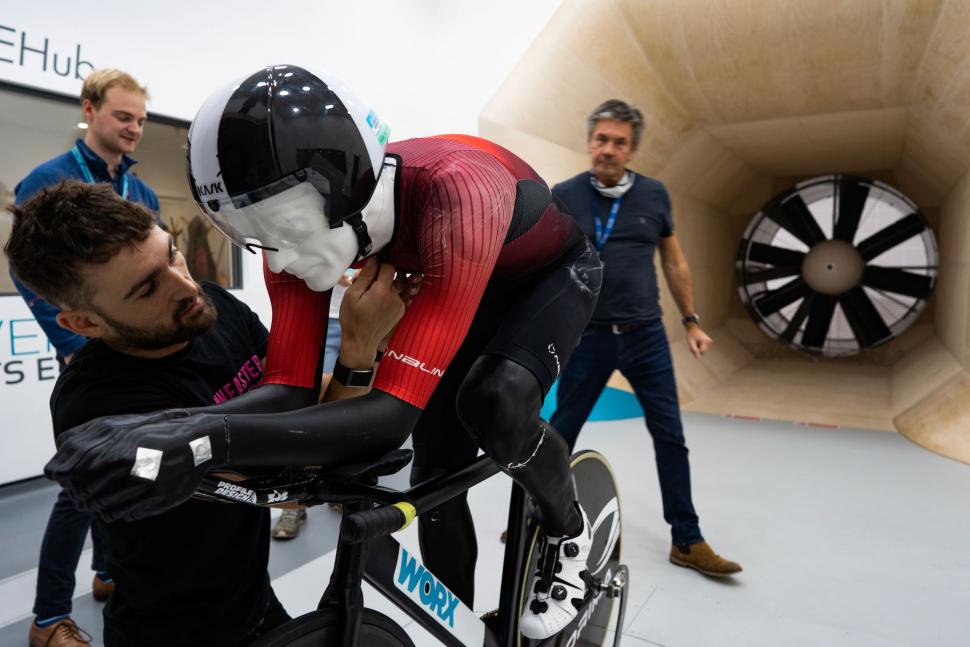 A pedalling rider was used to test ArmaUrto’s Impact Pro Aero Base Layer (£129), a garment with elbow and shoulder pads integrated into its three-quarter length arms. The Arma active polymer pads are a maximum of 4mm thick, tapering to 1mm. ArmaUrto says that the “padding is capable of absorbing and safely dissipating up to 80% of impact energy” should you crash. 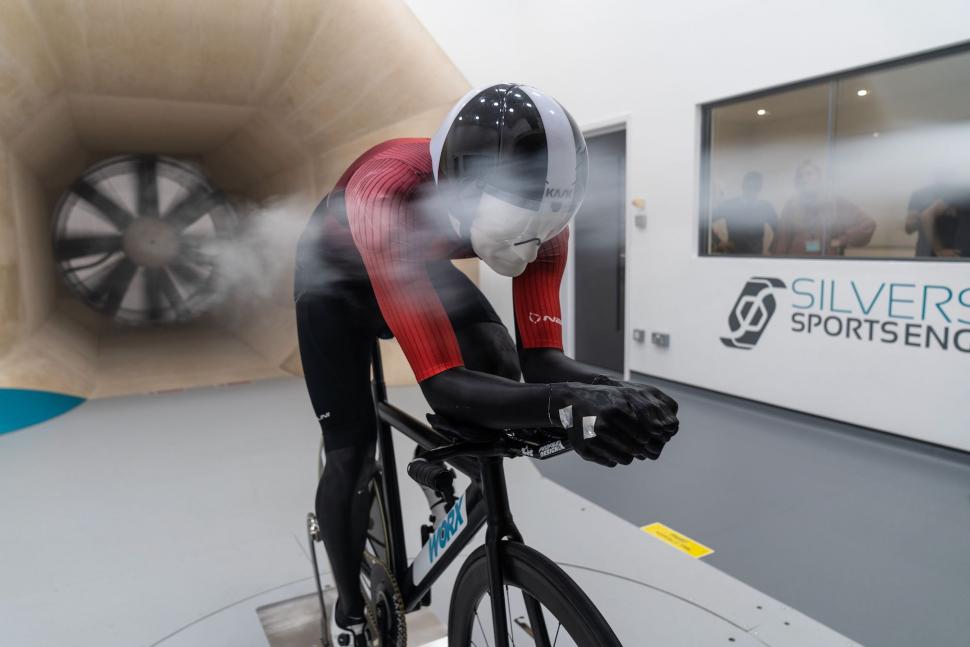 ArmaUrto says, “The aerodynamic impact of the ArmaUrto pads and base layer was minimal and depends on the location of the pads. When tested on a mannequin, the ArmaUrto pads can either increase or decrease CdA [coefficient of drag times frontal surface area] depending on position and airspeed. The observed range of impact on CdA for the mannequin was -1.4% to +1.0% (-0.0037m2 to +0.0029m2).

“When tested on a mannequin, the shoulder pads generally resulted in a faster performance with a saving of 17 seconds when riding for an hour at 50km/h. This is likely dependent on the positioning of the mannequin and pads and should not be taken to mean these pads are an aerodynamic aid.”

Of course, ride at 50km/h for an hour with or without pads and you’ll cover exactly the same distance: 50km. The research suggests that to go 50km/h with the shoulder pads would require slightly less power, or that you could go slightly faster for the same power and cover 50km 17 seconds quicker. 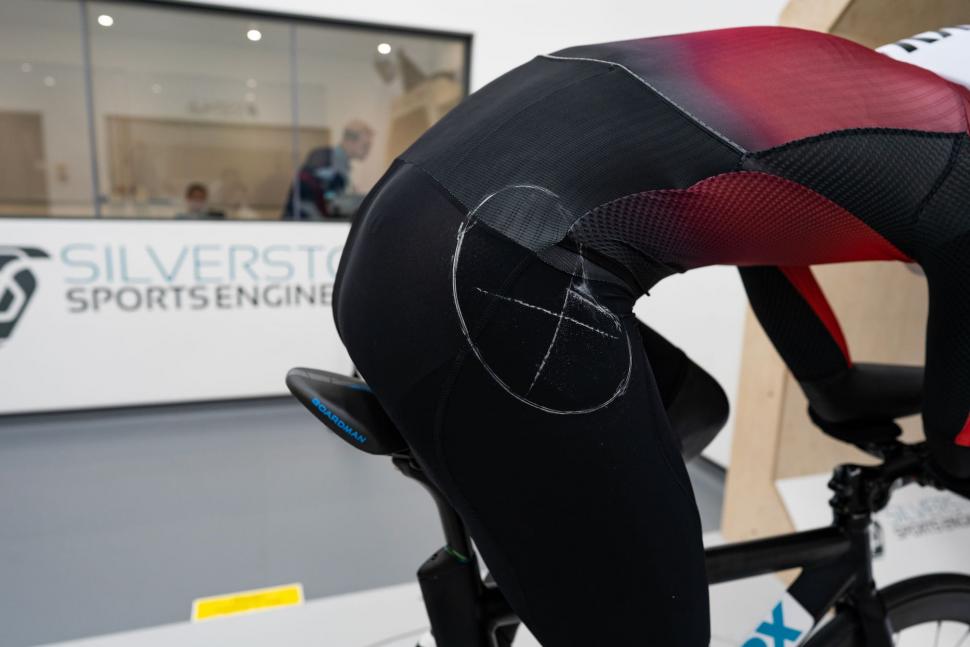 “The hip pads resulted in a slower performance at all airspeeds tested,” says ArmaUrto. “When riding for an hour at 30km/h the hip pads were 12 seconds slower than baseline.

“When tested on a rider, the ArmaUrto base layer was nine seconds slower [than without a base layer] when riding for an hour at 40km/h.

Naturally, the above comments relating to this type of claim apply here too. 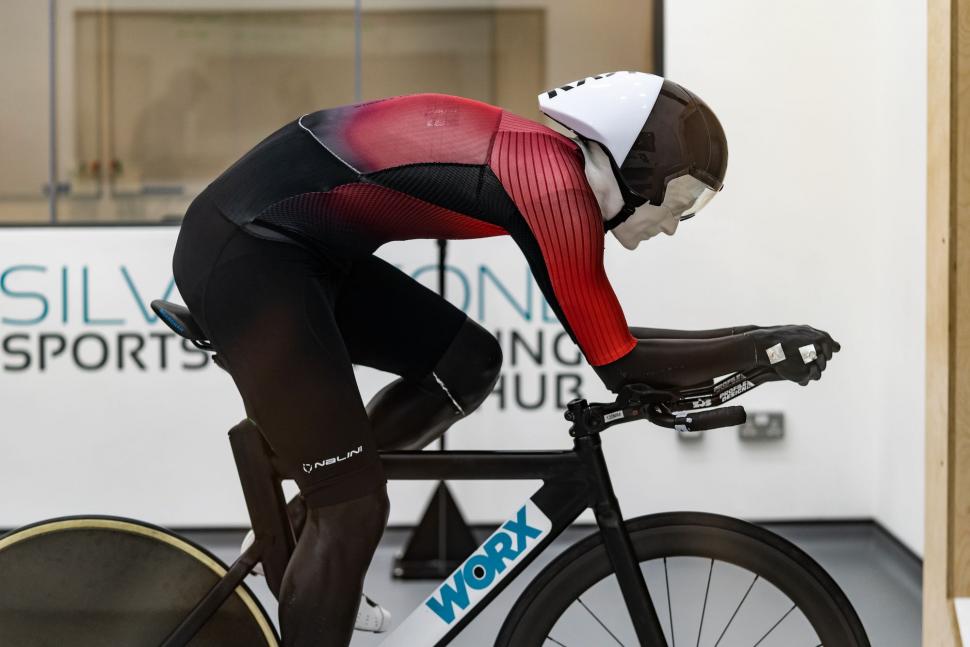 “Following the detailed testing by the Wattshop team, it’s clear that in certain situations, the presence of ArmaUrto improves the aerodynamic capabilities of the rider. In other situations, the presence of ArmaUrto slightly reduces the aerodynamic capabilities. The results indicate that the positive (or negative) impact is generally minimal.”

ArmaUrto’s director Chris Battin says, “The big win in all this is the protection it offers the rider in the event of a crash or fall with negligible aerodynamic impact.”

We'll publish a review of the ArmaUrto Impact Pro Base Layer on road.cc soon.