Stocking thriller: The O-Seat is a bike saddle cover with a 'discreet pocket' for slipping in a vibrating sex toy

If you're after a unique gift for a spouse, friend or elderly relative this Christmas, look no further than the O-Seat from live sex cam website CamSoda. Just in time for the holidays, the O-Seat features a 'discreet pocket' that is ideal for slipping in a Lovesense vibrating sex toy to offer an extra pleasurable ride.

21 of the best saddles

CamSoda appear to be aiming the O-Seat primarily at the sex industry, whereby CamSoda account holders can allow live online sex show viewers to control the vibrations of their Lovesense sex toy inside the O-Seat by 'tipping' the user. Alternatively, you can switch the O-Seat to private so that the user is in the driving seat.

Not to worry though... CamSoda aren't just targeting the O-Seat at sex workers, as they say it's also perfect for "Peloton [the spin bike] enthusiasts, SoulCycle [another spin bike] devotees, road racers, mountain bikers, bike tourers, leather lovers and even commuters."

“2019 has been a hallmark year for cycling. People have become obsessed with it," says Daryn Parker of CamSoda.

"Peloton is a now bona fide fitness phenomenon. SoulCycle has a cult-like following. With millions of impassioned riders now taking cycling classes at cycling studios and/or via a smart bike at their home, we figured we’d provide them with some sexual pleasure while doing so.

“O-Seat rewards riders for reaching their peak performance with a climax. Now, while people pedal harder and faster, not only will they sweat more and burn more calories, they will also receive sexual stimulation. Get on and get off with the O-Seat this holiday season. It’ll make for a great stocking stuffer!”

CamSoda say they have even reached out to Monica Ruiz - the actress behind the infamous Peloton Christmas commercial - to be the face of O-Seat and star in an upcoming holiday commercial. To our knowledge and much to our surprise, Ms Ruiz is yet to accept the offer. 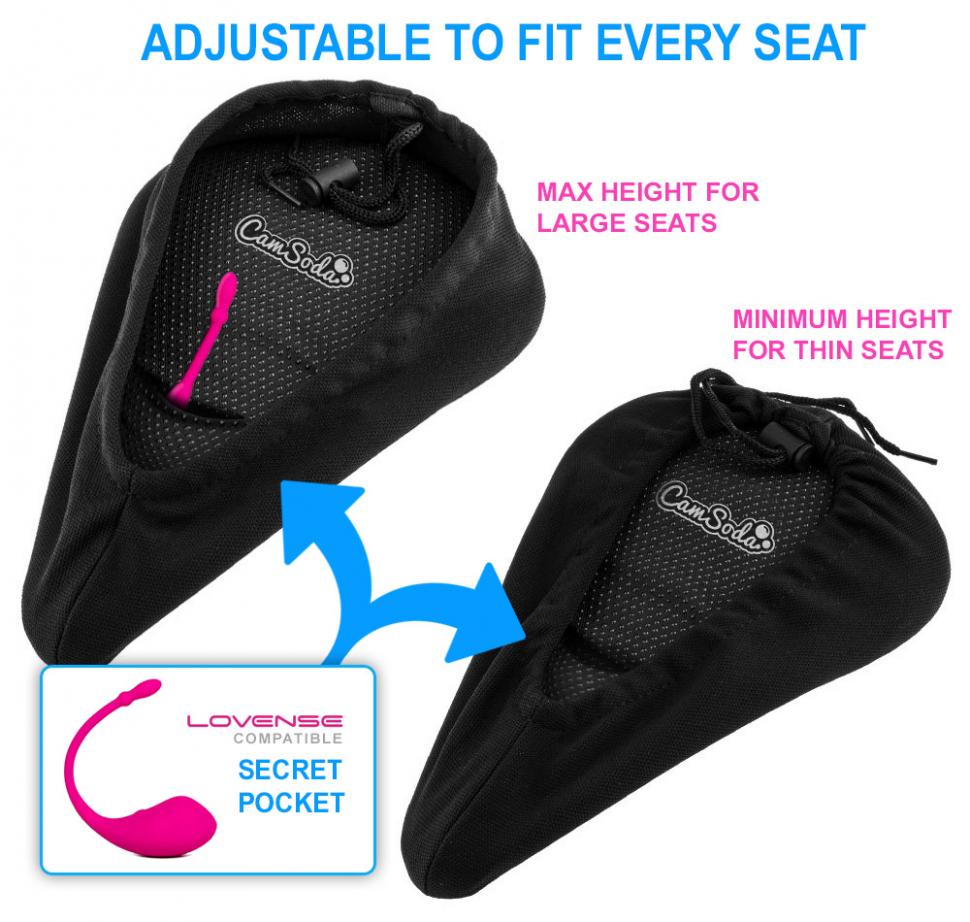 Another benefit is that the O-Seat is light and transportable, say CamSoda, which means O-Seat users can "quickly and discreetly affix it to their smart bike at home or to a bike at a local cycling studio." Whether taking it to your local spin bike class will be at odds with your gym's policy on public decency is a debate for another time, but it's good to know you can crank up the vibrations wherever you happen to be riding that day.

We may well be reaching out to Cam Soda to see if we can get an O-Seat in for testing; but in the meantime if you're already sold, you can buy one for a mere $29.99 on Cam Soda's retail website in a choice of pink, blue or black colourways...