Look at this beauty! It's the new Endeavour, a British made steel gravel and adventure bike from Enigma Bicycle Works, the East Sussex-based company best known for producing titanium bikes since 2006.

The Endeavour is made in the UK and is part of the company's Core range of small-batch made stock bikes that enables Enigma to offer more affordable bikes with shorter lead times than its bespoke offerings. 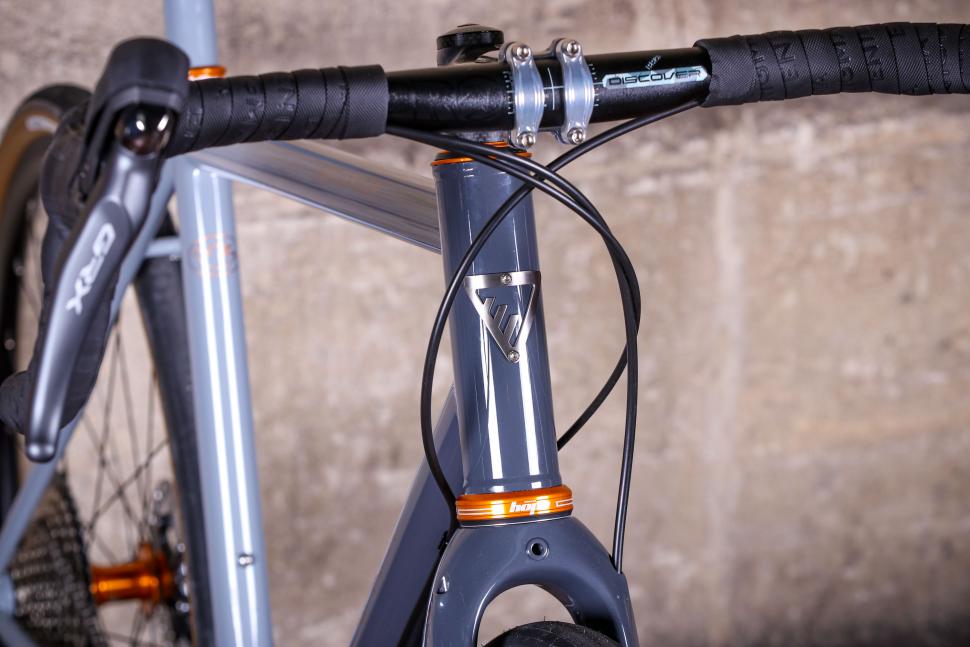 Geometry is largely based on the Escape titanium gravel bike and it’s aimed at “ all-road riders looking for a comfortable and versatile machine” says the company. A prototype frame was put through its paces in the Pan Celtic Race – a 1440 mile ultra-endurance race through Scotland, Ireland and Wales by an Enigma employee, proving both how capable and tough the bike is.

The frame has clearance for up to 42mm tyres on 700c wheels, and there’s compatibility with 650b too, up to 47mm wide. The pictured bike is rolling on a set of 38mm wide Panaracer slicks and there’s ample clearance between rubber and metal. 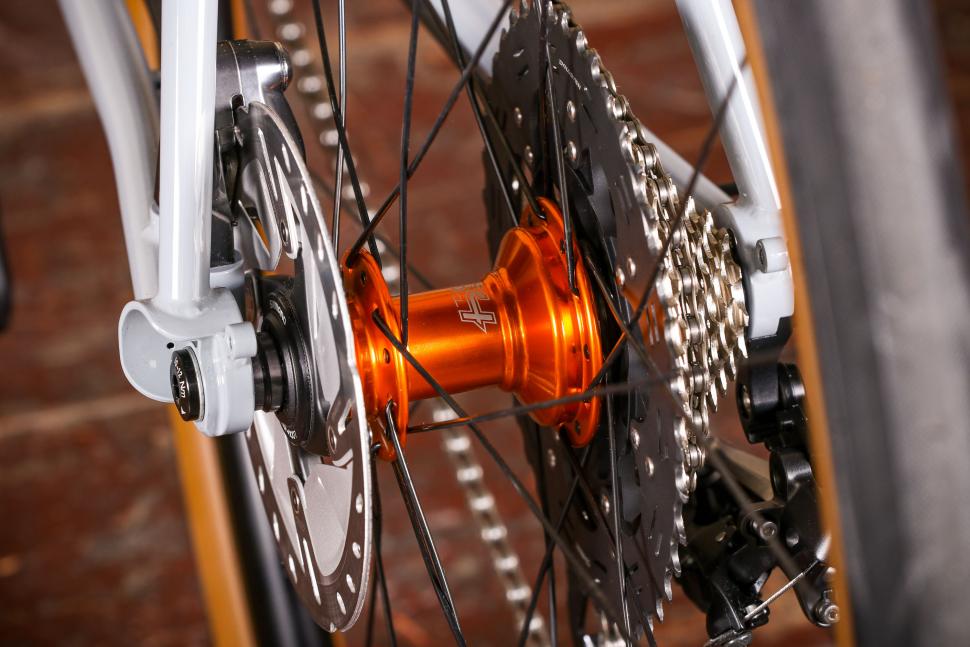 There’s compatibility for all modern groupsets, with mechanical gear cables externally routed and electronic cables going inside the frame. You can choose 1x or 2x as well so suit your preference, and cable guides can be removed if you don’t need them or go wireless. 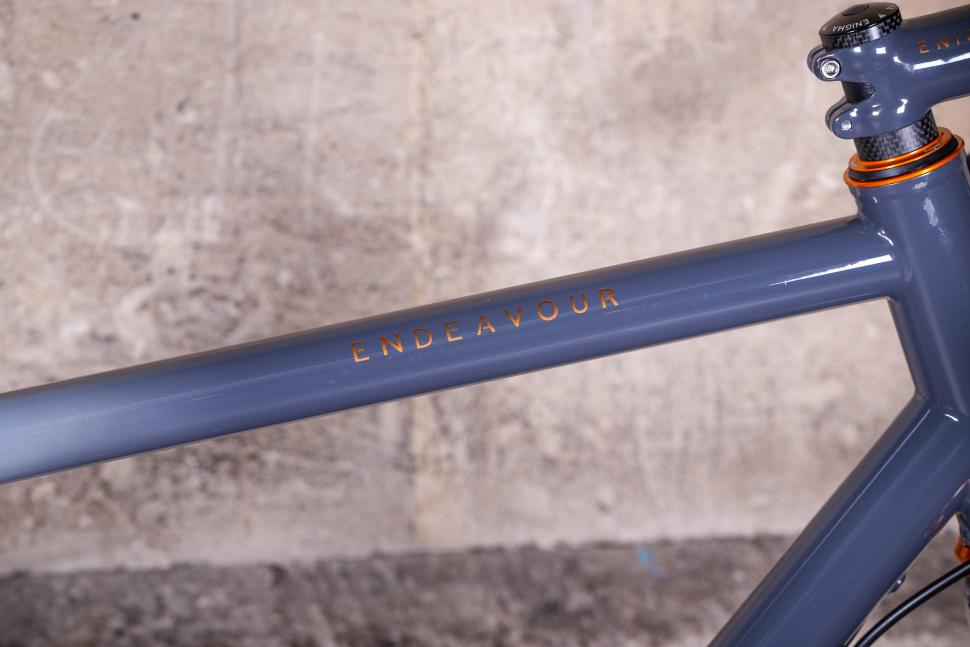 You can buy the Endeavour as a frameset for £1,700 and complete bikes start at £3,000, and it’s possible to spec the bike with any build kit you want. The bike here costs £3,700 with Shimano’s brand new GRX 800 groupset, providing mechanical shifting with hydraulic disc brakes and 2x configuration. It’s also got an optional Hope upgrade kit with the hubs, bottom bracket, headset and seat collar nicely matching the frame decals. 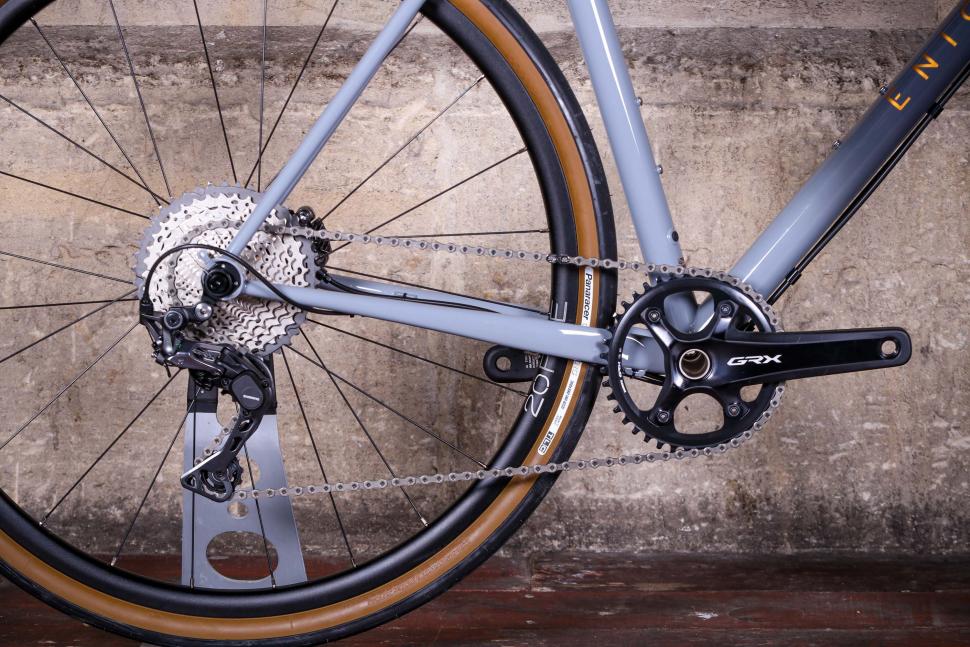 “This is an exciting new direction for Enigma, we wanted to offer a more affordable frame with shorter lead times to our customers but did not want to compromise our UK made ethos or control over production methods and quality. It has also tied in well with our support for the inaugural Pan Celtic Race, there was no better situation than a real-world endurance race to test the bike out and as our man, Chris will testify, its performance excelled,” says Brand Manager Richard Lambert.