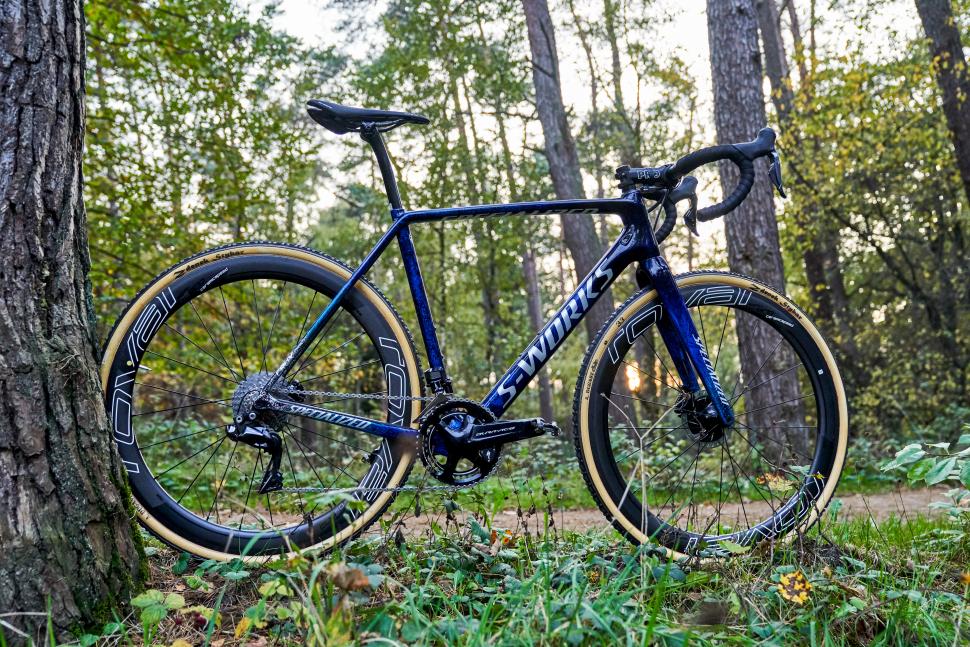 All eyes will be on Zdenek Stybar when he returns to the cyclo-cross circuit this winter, the three-time world cyclo-cross champion, of course, no stranger to racing in the mud, and he'll be racing aboard a very special custom painted Specialized CruX. He will be joining halfway through the cyclo-cross season which means being gridded at the back, so he’ll have his work cut out if he hopes to challenge for the win. 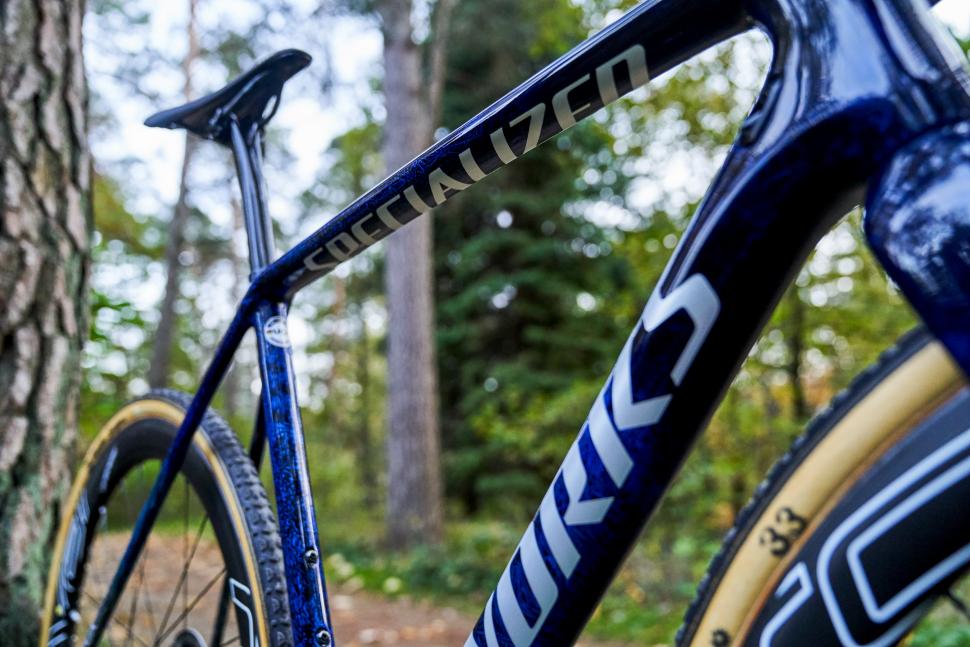 “I know it will be difficult to move to the front after starting from the last row against all those riders who by that time will have half a season under their belt, but this doesn’t dampen my enthusiasm. I have the same goals as last year: ride my Specialized bike and have fun out there, chat with the fans and train for next season, because cyclo-cross is a really great way of building up for what I hope it will be another nice year with the Wolfpack,” said Stybar. He won’t be racing any ordinary bike. Specialized has taken the opportunity to prepare a customised CruX bike. Apparently, Stybar was presented with a choice of graphics by Specialized and picked one created by Tom Briggs, a Senior Concept Graphic Designer at Specialized.

The design is said to be based on the ‘frozen ground’ of Stybar’s Czech Republic training grounds. Tom picks up the story: “The area of the Czech Republic where Stybar is from is forested by mountain pine trees called Borovice Blatka in Czech. I looked at what happens to the ground as the ice, snow and pine needles all interact. I wanted to tie back to his roots and show the success he’s achieved in these uncomfortable conditions. We used a crackle effect in the paint that I thought was an accurate representation of the frozen pine needles on the ground. The colors were both to show the cold climate but also to tie back to his Deceuninck – Quick-Step team. The satin chrome logos give a feeling of cold.” said Tom. 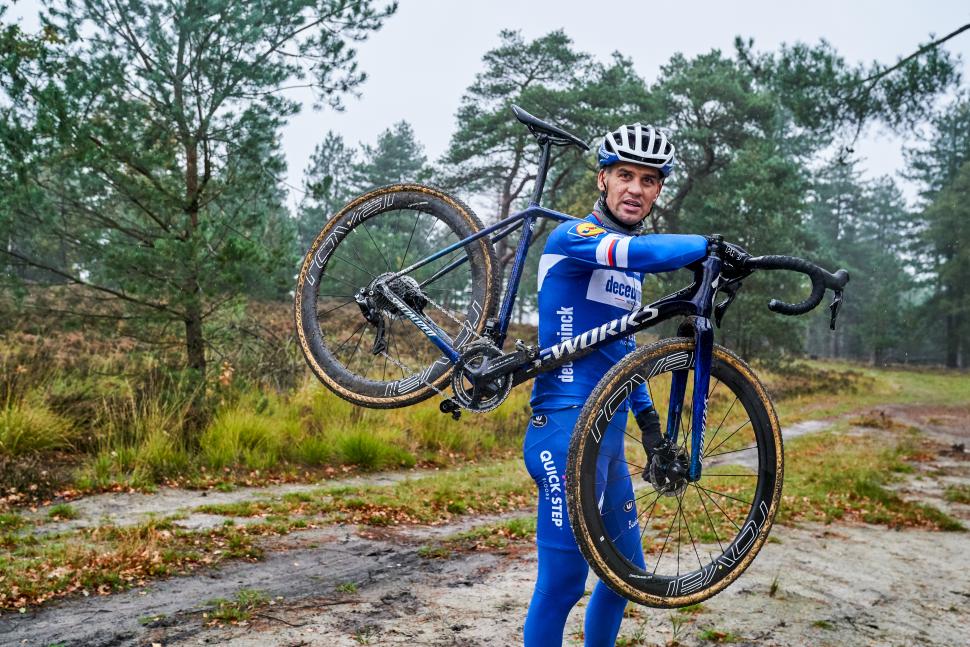 As for Zdenek, he’s thrilled with the results and can’t wait to start racing the new bike. “I was really pleased that I had the possibility to choose the paint job myself from several designs. This one I found the coolest, as it’s clean and very detailed at the same time. I think it’s the nicest bike I ever had.” 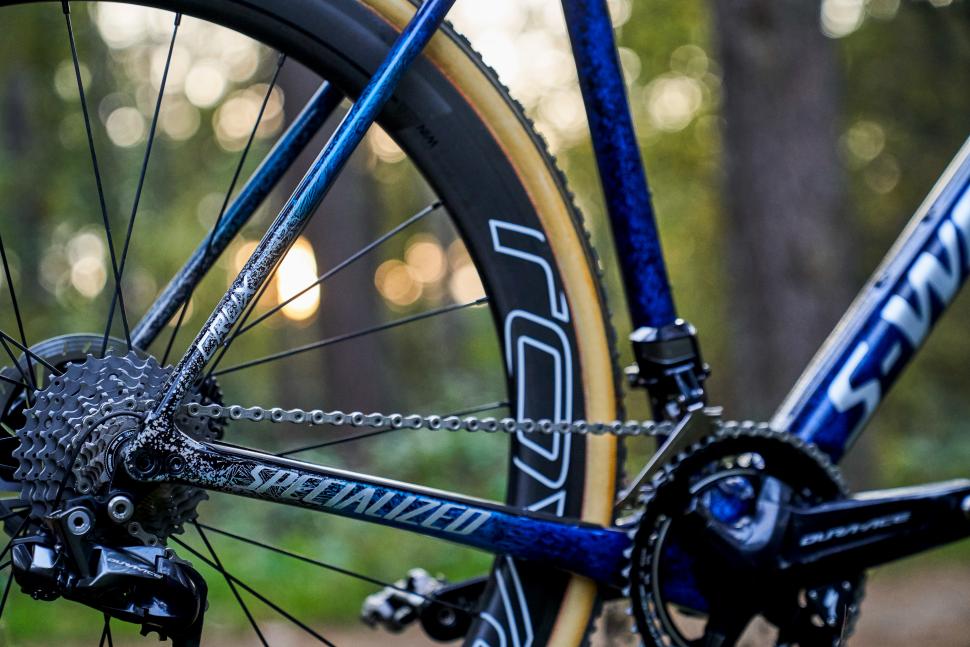 Lovely paint job aside, the bike will be sponsor correct and equipped with a Shimano Dura-Ace Di2 groupset, with a 2x chainset and close ratio chainrings. Roval CLX50 carbon fibre wheels with CeramicSpeed bearings are shod with Dugast 33mm wide tyres with his name stamped on the sidewall.

Finishing equipment is from PRO, with an aluminium stem and handlebar, and a Specialized saddle. Stybar’s first race on his new race bike will be the IKO cyclocross - Essen on the 7th December and then continue with Zondhoven, Sint-Niklaas, Zolder, Bredene, Loenhout, Diegem, and Baal.