Canyon has had a new version of its Aeroad – the CFR Disc RO65 – approved by the UCI, indicating that a launch is not too far away.

No rim brake model has been added to the UCI's List of Approved Models of Frames and Forks, although that's not to say there won't be one with the Canyon-sponsored Movistar team having so far raced only on rim brake bikes. That said, several high-end aero road bikes, such as the Specialized Venge, are now disc brake only.

As the name suggests, the Aeroad is Canyon's aero road bike, the latest rim brake version having been launched way back in 2014. Although disc brakes were added later on, an update is long overdue.

The addition of a bike to the UCI's list usually means that a launch is imminent, but it's unusual for a major road bike to be launched in the off-season so perhaps we're looking at spring 2020. The CFR name, which is a designation that Canyon already uses on some of its mountain bikes, suggests that this is the top-level version of the Aeroad that we're talking about.

Check out our complete guide to Canyon’s 2019 road bikes

We've contacted Canyon asking for more details, of course, and Canyon has declined to comment, of course: "Nothing to report just yet," it says. It's a little ritual we go through!

We reckon that this could be the new Aeroad, ridden by Mathieu van der Poel of UCI Professional Continental team Corendon-Circus.

This bike has internal cable routing between the handlebar and the frame whereas the existing Canyon Aeroad (bottom picture on the page) has external routing in this area.

The seat tube looks much deeper in this video (above), and so do the seatstays.

Beyond that, though, it's difficult to discern changes. The down tube could be a new shape but we wouldn't say that with much confidence.

It's a pretty safe bet that Canyon will be boasting of greater aerodynamic efficiency through improved tube shapes, and probably a drop in weight. It's unusual if a brand doesn't make those claims! Chuck in increased stiffness and you have a full house. 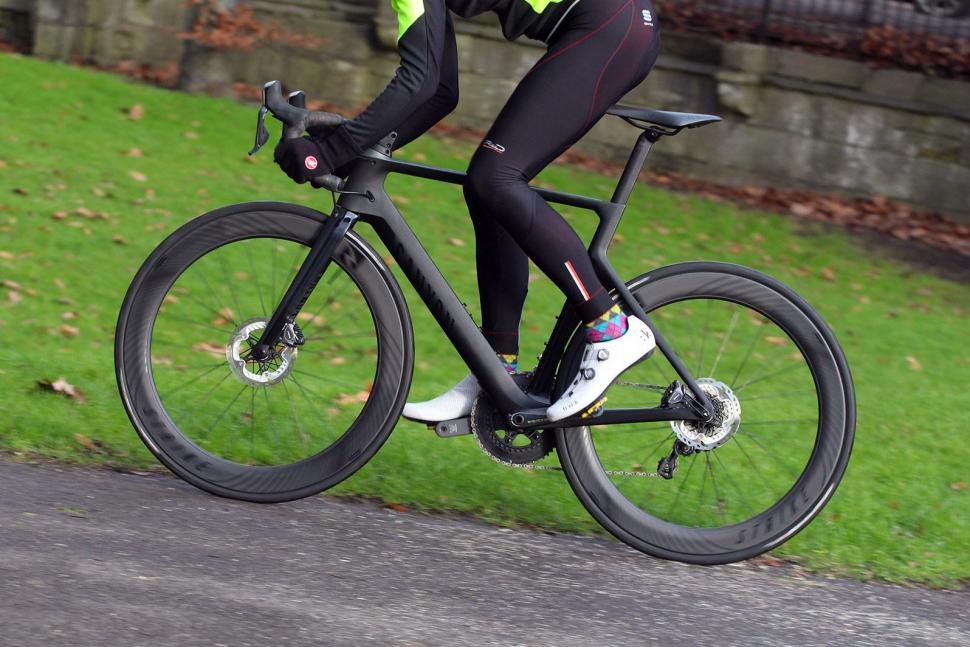 We rate the current Canyon Aeroad highly. In our review of the Canyon Aeroad CF SLX Disc 8.0 Di2 we said, "You can enjoy the performance, handling and aero advantage of the standard design without any compromise in braking performance. The new [disc brake version of the] Aeroad continues to set the benchmark for aero road bikes."

We'll keep our eyes peeled and let you know about any more news as we get it.