The Notio, that measures your CdA in real-time, is launching in the UK very soon

Developed by Canadian bike brand Argon18 back in 2017, the Notio is finally a finished product and ready to hit the shelves. It's already being used by numerous pro teams and aerodynamicists...
by Jack Sexty

Back in 2017, Argon18 quietly presented a prototype of a tool that could measure a rider's coefficient of drag (CdA) in real-time that they called Notio Konect. Two years on and we finally have a finished product, now simply called Notio. 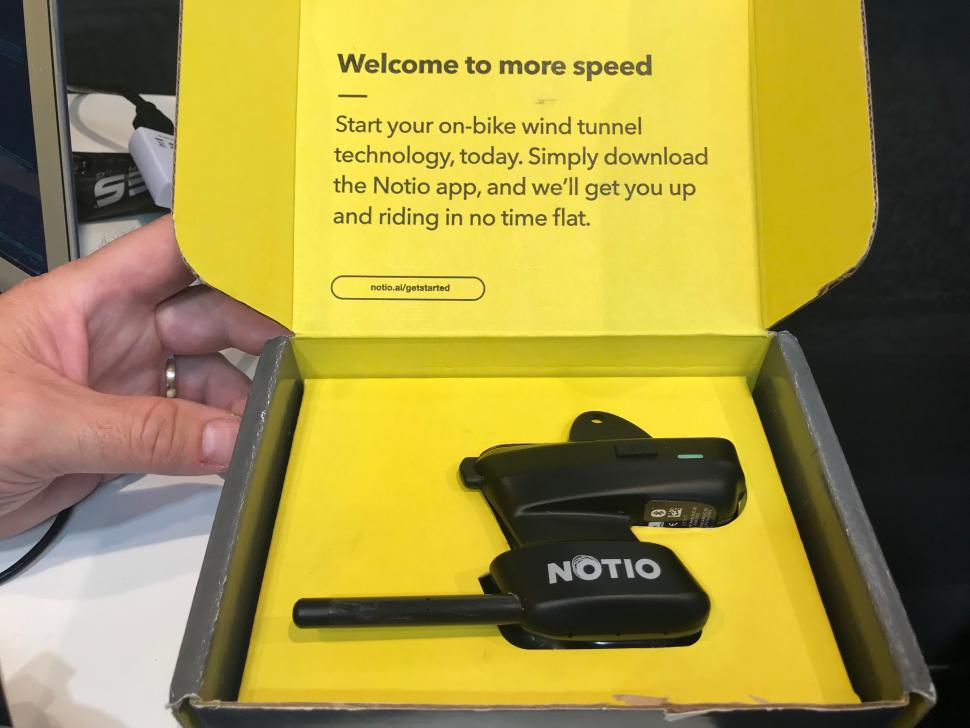 Notio say their device is the world's first that provides 'on-bike wind tunnel technology' (although Velocomp who make the Aeropod CdA meter may have something to say about that) and it's already being used by numerous pro teams including Team Jumbo–Visma, plus aerodynamics experts in the world of cycling such as Dan Bigham of the Huub-Wattbike team.

As well as its built-in power meter, Notio measures temperature, humidity, barometric pressure and air speed. This means it can calculate your CdA while you ride, so you can work to reduce it and stay in an optimal position according to the numbers on your screen. The device can be controlled via the Notio app, on your Garmin head unit or directly; as long as it's connected, when you press go on your GPS the Notio will flash green and start recording. Notio told us their technology is being used as part of an artificial intelligence project that we're not allowed to hear about just yet; they simply told us that it can be applied in numerous useful ways. They're also looking to partner with more GPS manufacturers in the future, as currently it only displays CdA data in conjunction with Garmin's Connect IQ app.

Notio have a UK distributor lined up already and are planning an official UK launch later in the year; they also told road.cc at Eurobike that the price is likely to be in the region of around £900 (It's priced at $950 in US dollars on their website). We'll be looking to get one in for testing as soon as possible of course...