Sweden's Poc has unveiled items from its 2020 range and here are some of the highlights.

Poc is releasing two helmets that store a rider's medical profile which can then be transferred to emergency services by Near Field Communication (NFC) technology. NFC is a wireless data transfer technology that Poc has partnered with My Ice Info to integrate into the Ventral Air Spin NFC and Tectal Race Spin NFC helmets. 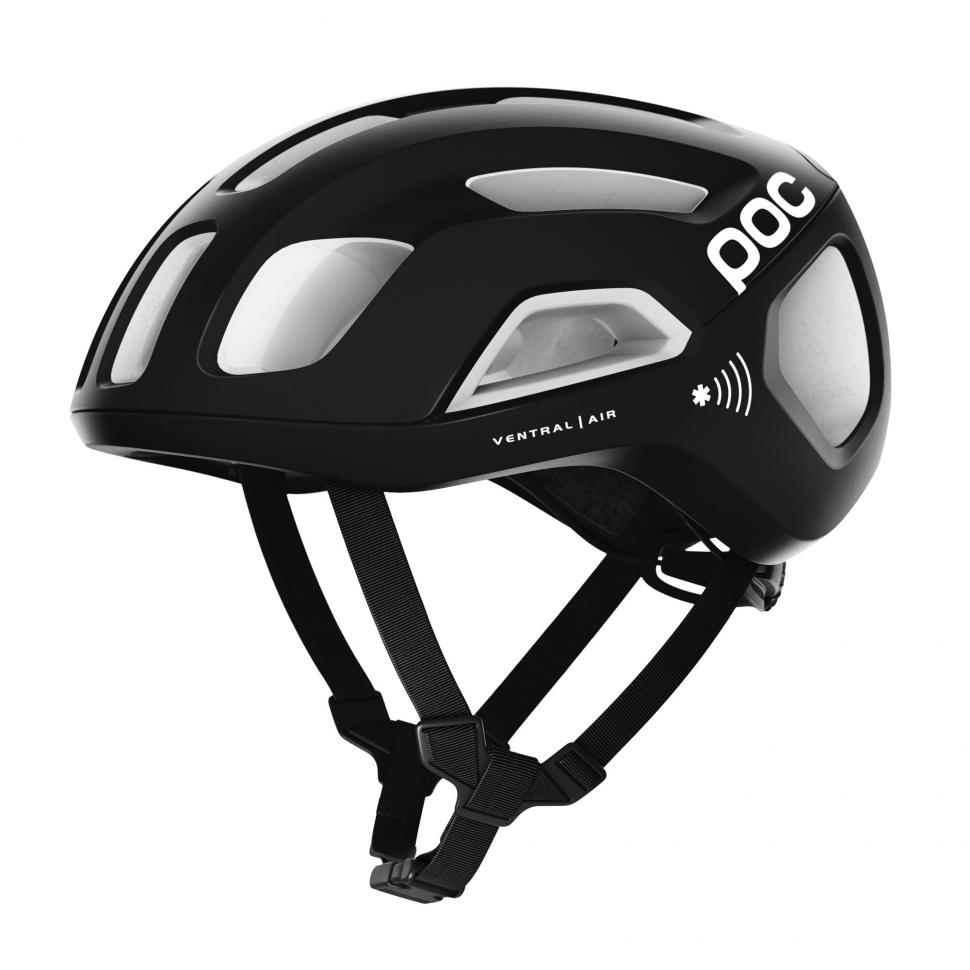 The NFC chip is embedded between the liner and shell. You can upload and delete data continuously, it requires no battery or cloud service, and is said to be virtually weightless. 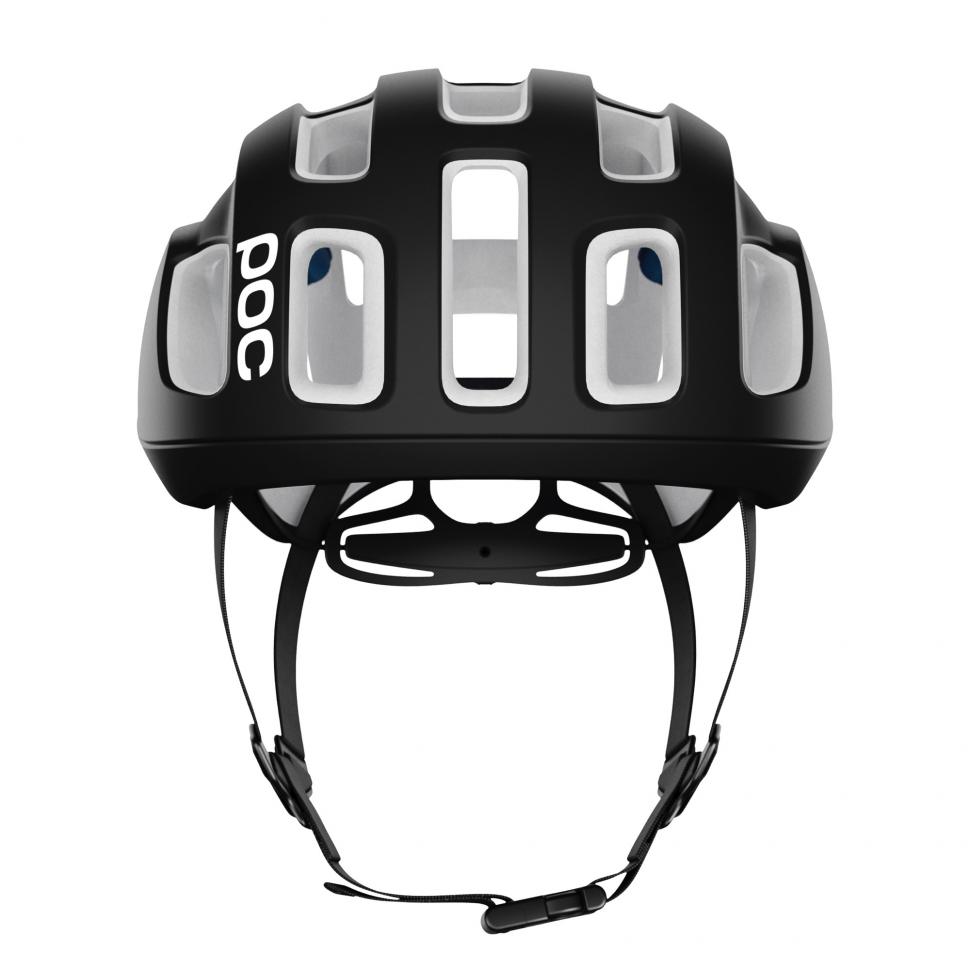 "The NFC chip can be easily read... simply by holding an NFC-enabled smartphone over the helmet to instantly give rescuers the information they need at the scene, and support them in making the best judgments for treatment in the vital 'Golden Hour' immediately after an accident when the correct treatment is essential," says Poc. The Ventral Air Spin NFC (black, higher up the page) is designed for road, adventure and gravel riding while the Tectal Race Spin NFC (immediately above) is a mountain bike helmet which also features a RECCO reflector to help mountain rescuers to find you.

Poc is expanding its range of performance eyewear with the introduction of two completely new models aimed at both road and mountain bike riders. 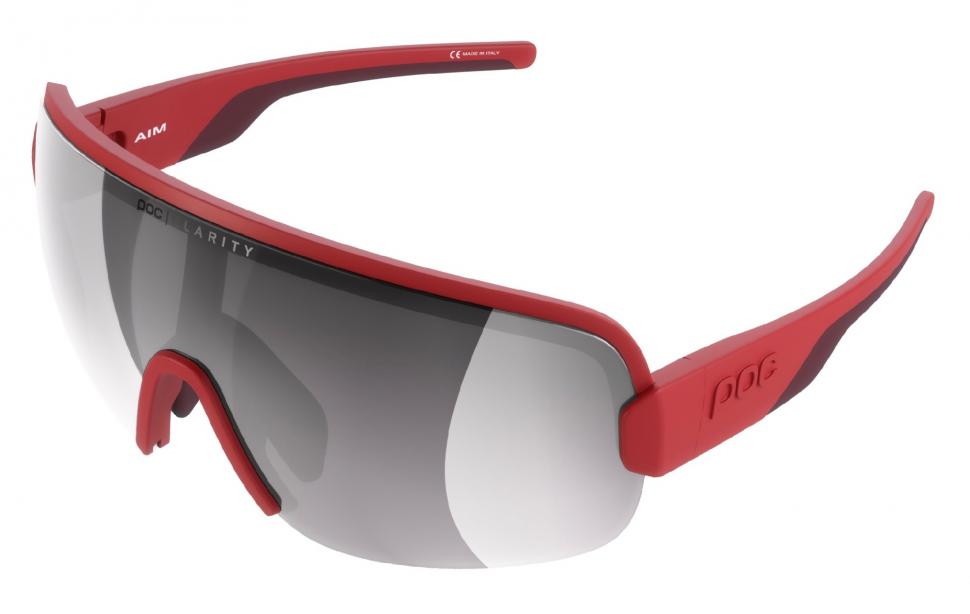 "The Aim Clarity glasses feature an oversized spherical lens for exceptional coverage and the ability to maximise a rider’s field of view," says Poc.

The Clarity lens technology from Carl Zeiss Vision Sunlens – also found in the Poc Do Half Blade glasses that we reviewed on road.cc recently – is designed to enhanced contrast and colour definition. The second new design is the Define Clarity which, as the name suggests, uses the same Clarity lens tech. The lenses are said to be suitable for both mountain bike and urban settings while the shape allows for corrective optical lenses to be fitted.

In both cases the frames are made from Grilamid and are available in a variety of different colours, while the temples and nose piece are hydrophilic rubber. 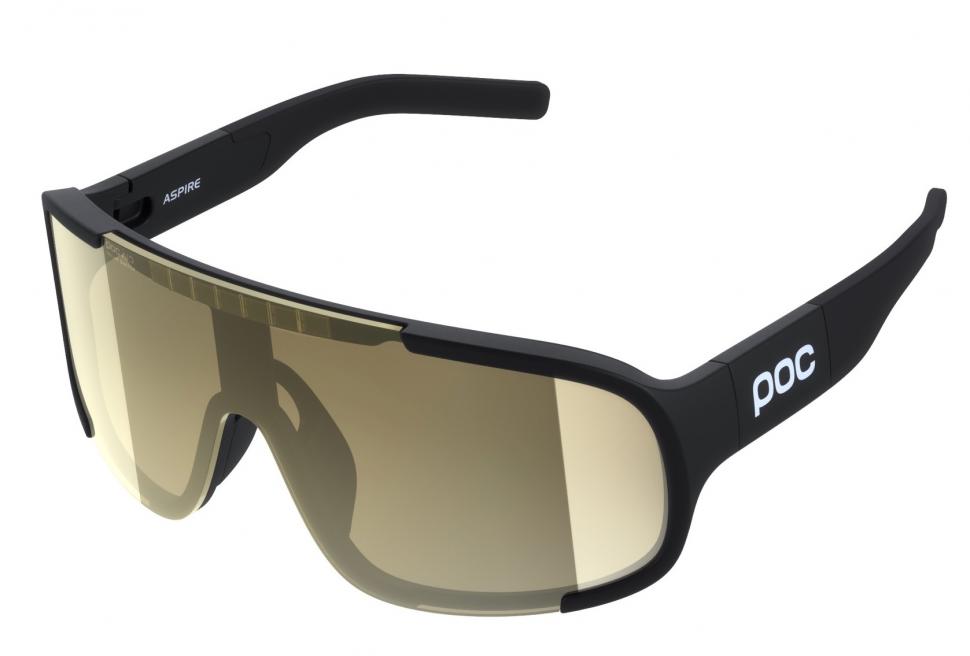 Sticking with eyewear, Poc is introducing a Solar-Switch version of its existing Aspire glasses with an electrochromic LCD lens that can change its tint instantly and automatically.

"The Solar-Switch lens, which will provide a darker tint in sunnier conditions and instantly become lighter in shadow or cloud conditions, can significantly improve vision, safety and performance in changing weather, light conditions or environments, such as when descending through mountain tunnels," says Poc.

"Uniquely, it has been developed to be powered only by the sun’s solar power, needing no battery or charging."

Photochromic lenses usually take around 30 seconds to darken when exposed to sunlight/UV rays and a couple of minutes to clear, so it'll be interesting to get some more tech details and see how the performance of these compares in the real world.

We don't have UK prices or details on availability for any of these products yet.

Get more info from Poc.