New Shiv is lighter, disc only and provides better handling. And costs £12,499
by David Arthur @davearthur

Excitement is building towards the Grand Depart in Brussels this weekend for the Tour de France, and bike brands have been lining up with brand new bikes and equipment ready to give the riders every possible advantage. Specialized has just whipped the covers off the brand new S-Works Shiv TT Disc bike, which will be put to use in Stage 2 Team Time Trial.

Specialized claims to have developed a new Shiv that is as aerodynamic as the bike it replaces, but with a 500g lighter frame, thanks to the visibly smaller tube profiles, and improved handling, something that is often neglected on time trial bikes that are good in a straight line but woeful in the bends. 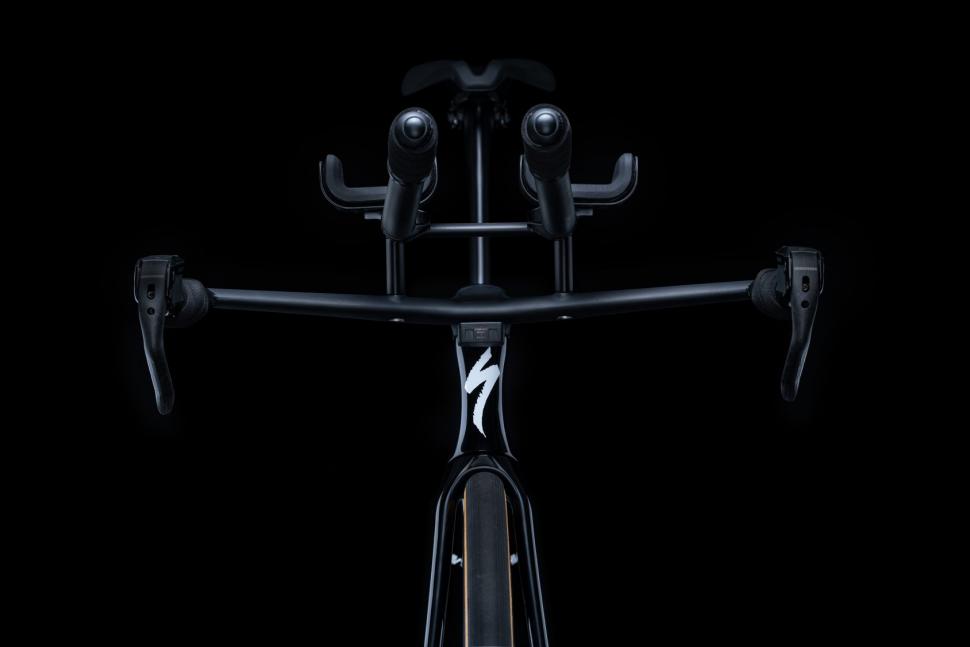 The lower weight will be an obvious advantage on any time trial course with hills - the reason why riders debate a bike swap before the start of a significant final climb as we saw in the Giro d’Italia earlier this year. In fact, Specialized says the new Shiv was 10-seconds faster in simulations of the Stage 9 time trial of the 2019 Giro d’Italia.

Where most time trial bikes use the biggest airfoil tube shapes that the UCI rules will allow to obviously maximise the aerodynamic benefit of the bike, the new Shiv takes an altogether different direction, largely as a result of the US company’s significant investment in aerodynamics including its own wind tunnel at Morgan Hill. This wind tunnel along with some bespoke computer software has helped it develop a library of tube shapes - FreeFoil Shape Library it calls it - that allows Specialized to balance the competing demands of aero, weight and stiffness.

Key to the new bike is an all-new down tube which is lighter and stiffer than the previous Shiv whilst also being narrow enough to be hidden behind the front wheel for minimising drag.

Easily the biggest sign of this departure from the norm is seen at the seat tube. Nearly every time trial bike has a deep seat tube that hugs the rear wheel, the idea being to smooth the airflow over the tube, tyre and wheel.

Not so with the new Shiv, it instead has a small profile seat tube with a big gap between it and the rear wheel, the Roval 321 disc wheel. This new wheel is key to the Shiv, Specialized saying that the wheel doesn’t need to draft the seat tube which has allowed the seat tube to shrink in size. 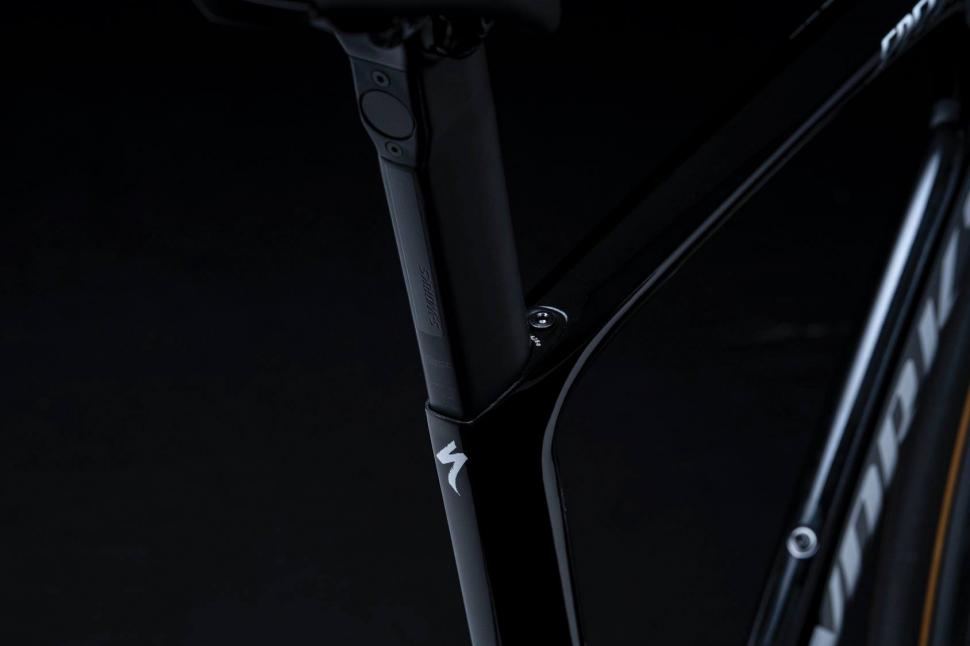 Slotting into the new seat tube is the same aero seatpost as first developed for the Venge. An internal clamp secures it in place and is easily accessed from the top tube.

Dropped seat stays are increasingly common on road bikes, for reasons to do with improved aero and increased comfort. The new Shiv has dropped stays with a long kink where they attach to the seat tube. Specialized says they are right at the UCI’s limits and in their words are “invisible to airflow” as well as providing a stiff frame for handling your power. 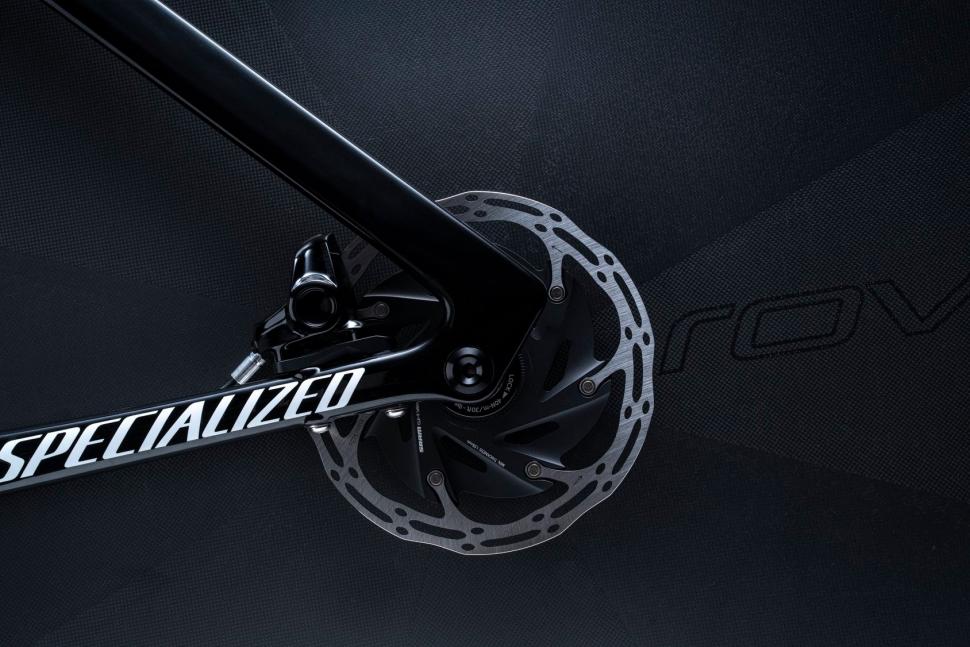 The new Shiv is also designed solely around disc brakes and. On the decision to only support disc brakes, Specialized says drag is reduced significantly by virtue of the absence of brake callipers at the fork crown and seat stays, areas which can then be shaped to better minimise drag.

It’s compatible with 1x and 2x drivetrains. “For time trials we see more and more riders moving toward a more efficient and aerodynamic drivetrain with a 1x system,” says Specialized, so it designed a removable front derailleur hanger that ensures without a front mech the Shiv has optimised aerodynamics. 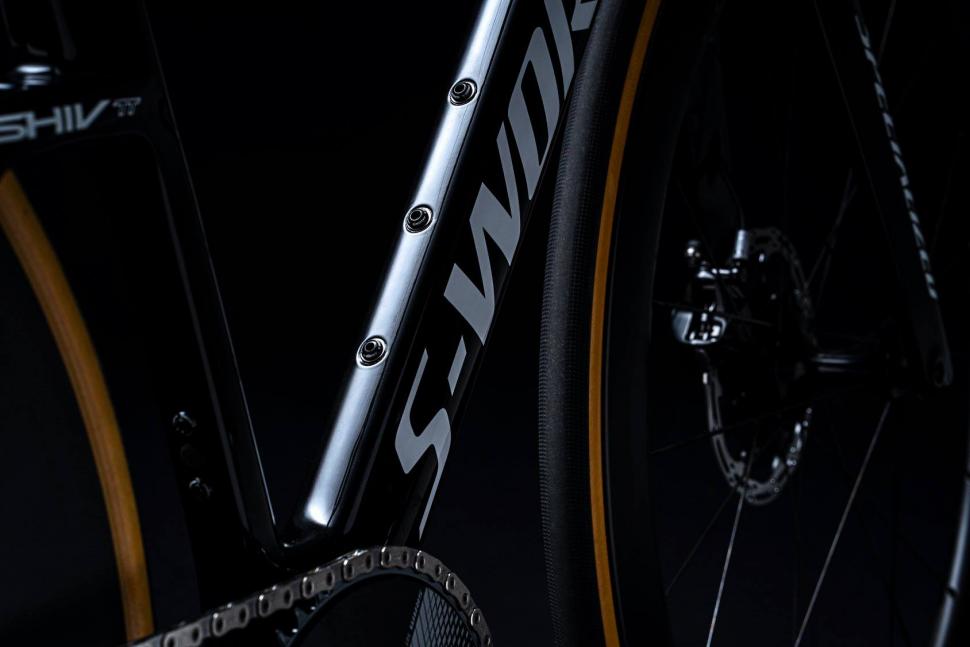 Like the Venge aero bike, the new Shiv is only compatible with electronic groupsets, with full internal routing. That means you can fit a mechanical groupset.

“This was a decision based on optimising the frame to hit our desired performance targets. Mechanical routing adds weight and complexity at the front-end. Additionally, the ability to shift from the base bar with electronic groups is a significant advantage in both training and racing” explains Specialized. 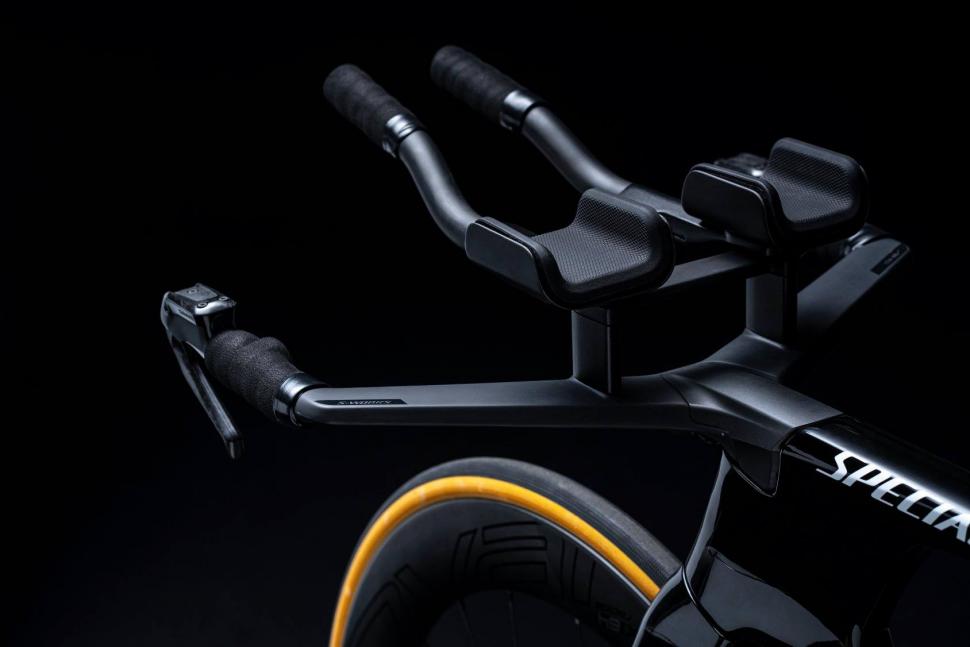 Moving on from the frame, Specialized has developed a new one-piece handlebar and stem that shaves a whopping 200g from the previous design. It’s fully adjustable to let riders dial in their perfect fit and it’s claimed to be very stable so it won’t bend and buckle under the strain of hard riding.

The handlebars use a single bolt diameter and one set of spacers, with a stack of 40mm with up to 120mm spacers available. Arm Pad stack can be adjusted in increments of 5mm (up to 145mm) of stack. This is completed with 5, 10, 20, 40, 80, and 120mm alloy spacers. Additionally, after a height of 40mm, a bridge is used that spans the spacer stacks to increase the rigidity of the spacer stack.

The final boast from Specialized for the new Shiv is that it’s easy for team mechanics to assemble and work on. 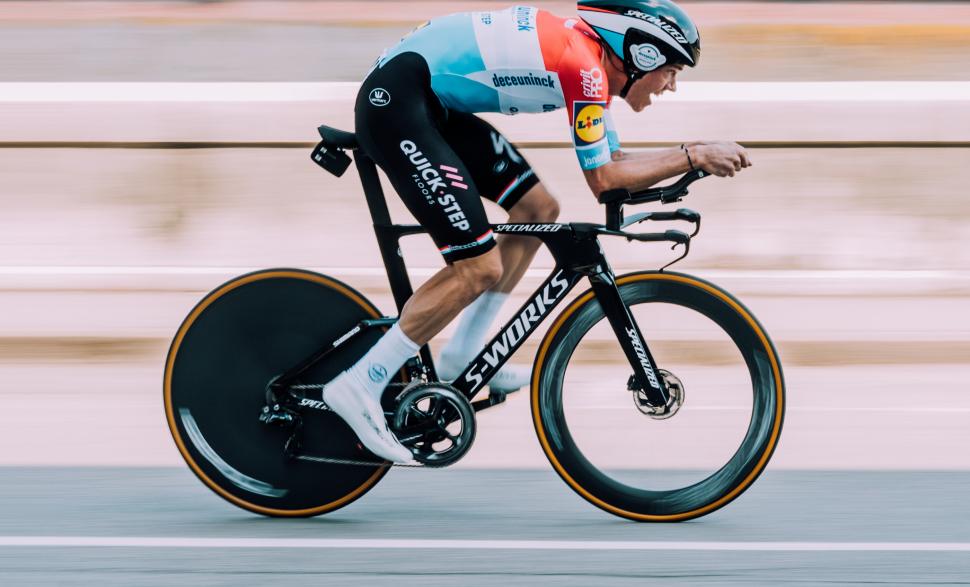 The new Shiv will debut at the Tour de France and be available to buy this winter. It’ll be sold as a frameset module or a complete bike with SRAM Red eTAP AXS 1x build, a set of Roval CLX 64 wheels, and a Roval 321 Disc. It costs, are you ready for this,  £12,499. 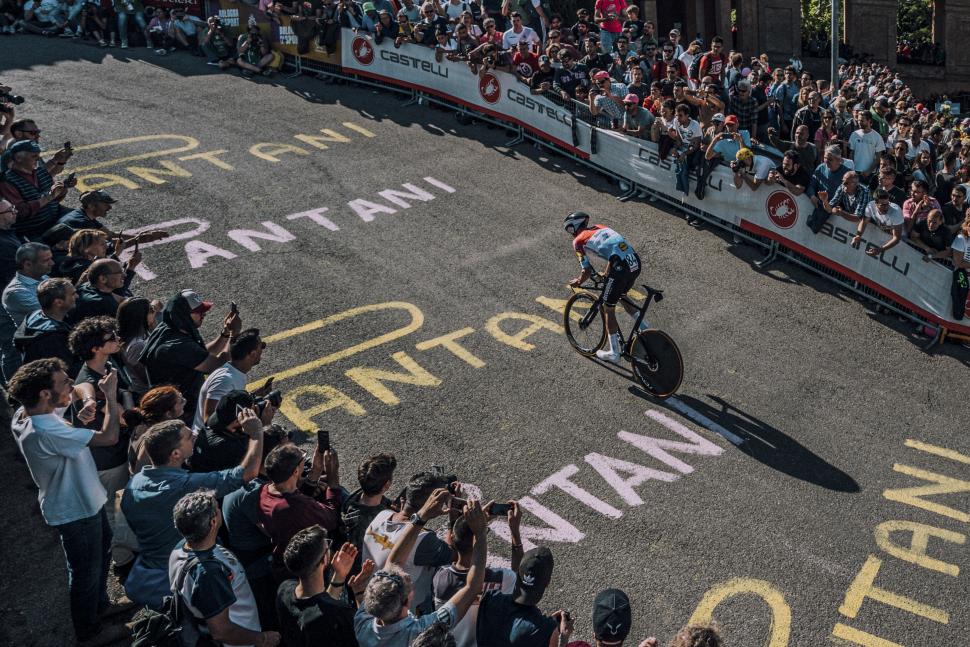 There will be four frame sizes - X-Small, Small, Medium, and Large - with the geometry largely carried over from the old bike, save for reach changes on all sizes and a longer wheelbase to improve stability.

See the bike at www.specialized.com, and we'll be seeing it in Brussels this week so stay tuned for more.