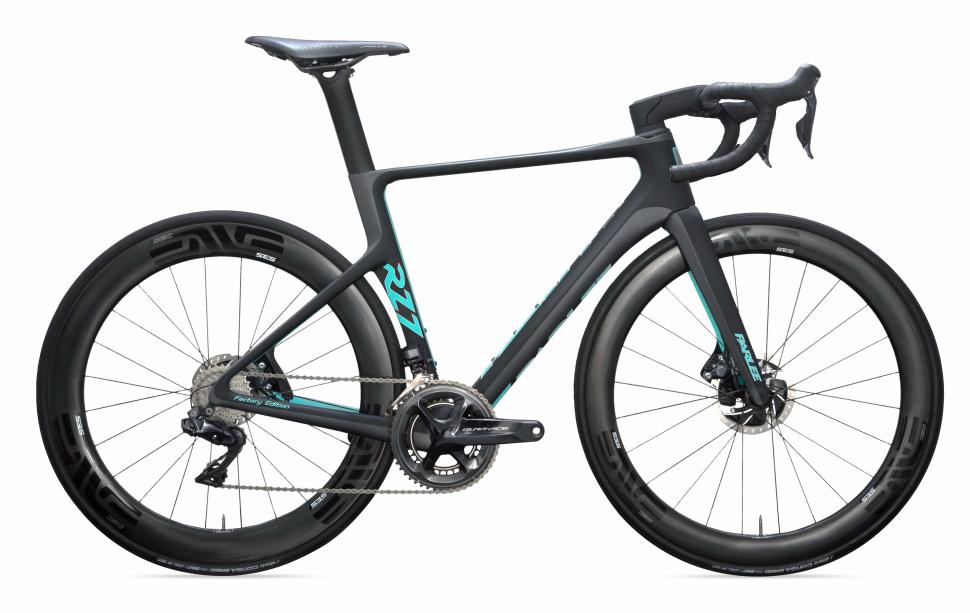 Parlee has introduced a brand new bike to its range, the RZ7, an aerodynamic road bike designed around disc brakes with a fully integrated handlebar and stem. It’s an aero bike that aims to provide speed without compromising the ride quality.

If you know anything about Parlee, you’ll know the US carbon fibre specialist was started by Bob Parlee whose background is in building high-performance boats and he’s brought this experience from America’s Cup racing boats to bicycle design with the new RZ7.

Parlee has developed the second generation of its own Recurve tube profile (first seen on the EXS) derived from NACA (National Advisory Committee for Aeronautics) low speed airfoils. NACA has a library of airfoil shapes which many bike brands use as a starting point before adapting for road bike usage. The aim of the Recurve profile, seen on the head tube, downtube and fork blades, is to provide the desired low drag whilst also providing the right blend of lateral and vertical stiffness to ensure ride quality isn’t compromised in the pursuit of aerodynamics, as has often been the case with aero road bikes over the years. The computer aided designed was validated in the A2 wind tunnel in North Carolina.

Parlee used it best-selling Altum Disc of the last three years as the benchmark for ride quality during the development of the new RZ7. Compared to the Altum the new RZ7 provides a 17% improvement in aerodynamic efficency when testing at 30mph with matching wheels and groupsets. The RZ7 also has a 7% stiffer bottom bracket.

Those improvements are apparently wrapped up with a ride quality that is comparable to the Altum, but despite this Parlee will continue to offer the Altum because it feels there are enough differences to appeal to different cyclists. 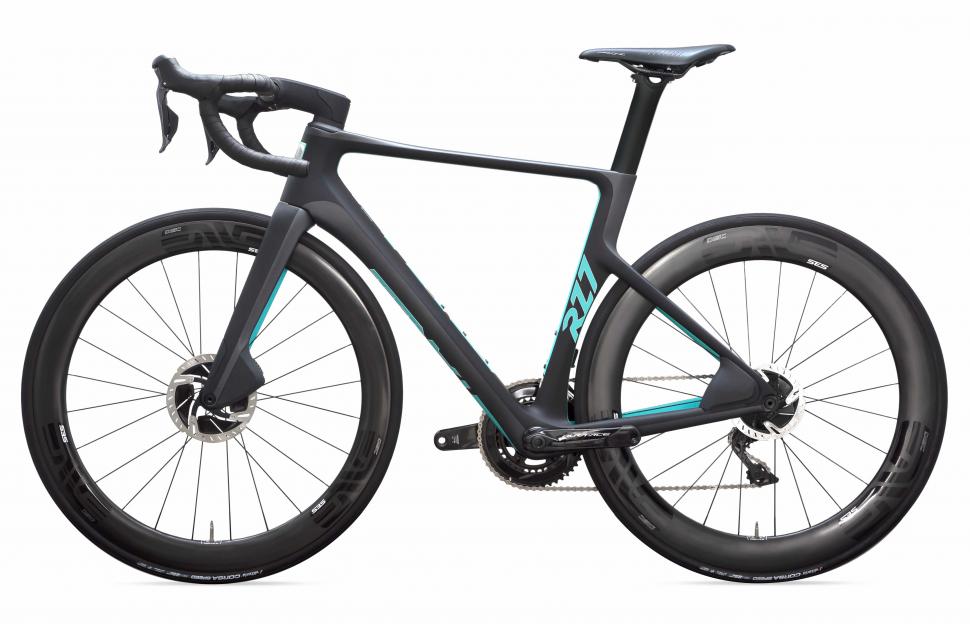 A key focus for designers of the latest aero road bikes has been hiding all cables and brake hoses inside the handlebars, stem and frame, both to minimise drag and to provide an ultra clean appearance. To achieve this, Parlee has developed its own carbon fibre handlebar and stem which allows for full integration, with the cables passing into the steerer tube via a special stem.

Adjustability of fit hasn’t been compromised. The Flex-Fit Top Caps available in 11, 25 and 50mm heights provides up to 100mm of height adjustment whilst maintaining the clean appearance and internal routing. Parlee also analysed its database of past stock and custom geometries and is confident the system meets the fit needs of 99% of customers. 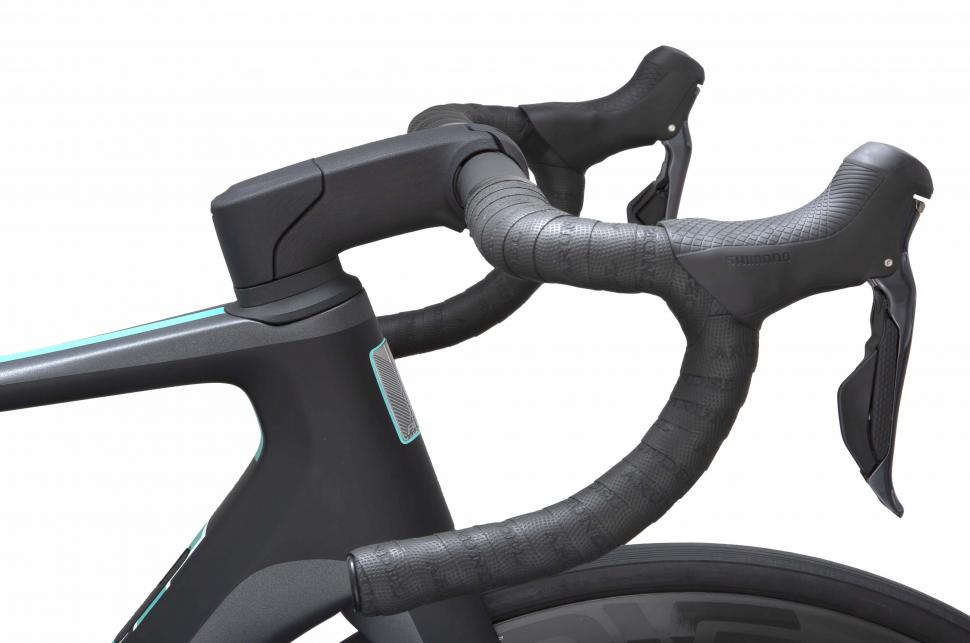 Also fitting into this adjustable fit is the single seatpost with a reversible rail clamp system, offering either 0 or 25mm offset.

As most modern aero road bikes are, the RZ7 is designed entirely around disc brakes. Early fears of increased drag with disc brakes has largely been countered by improvements to the frame design when considering disc brakes from the outset. The wheels are held in place with flush-fitting 12mm thru-axles. However, the RZ7 has a neat trick up its sleeve. First seen on the company’s TTiR time trial bike are the small SpeedShield disc brake fairings that wrap around each caliper and intended to reduce drag.

One big benefit of disc brakes is the tyre clearance it enables, and with space for a claimed 32mm tyre this most be the most accommodating aero road bike available right now.

Low weight has long been a hallmark of Parlee frames, and a claimed 870g medium frame weight easily makes it one of the lightest aero frames on the market right now. 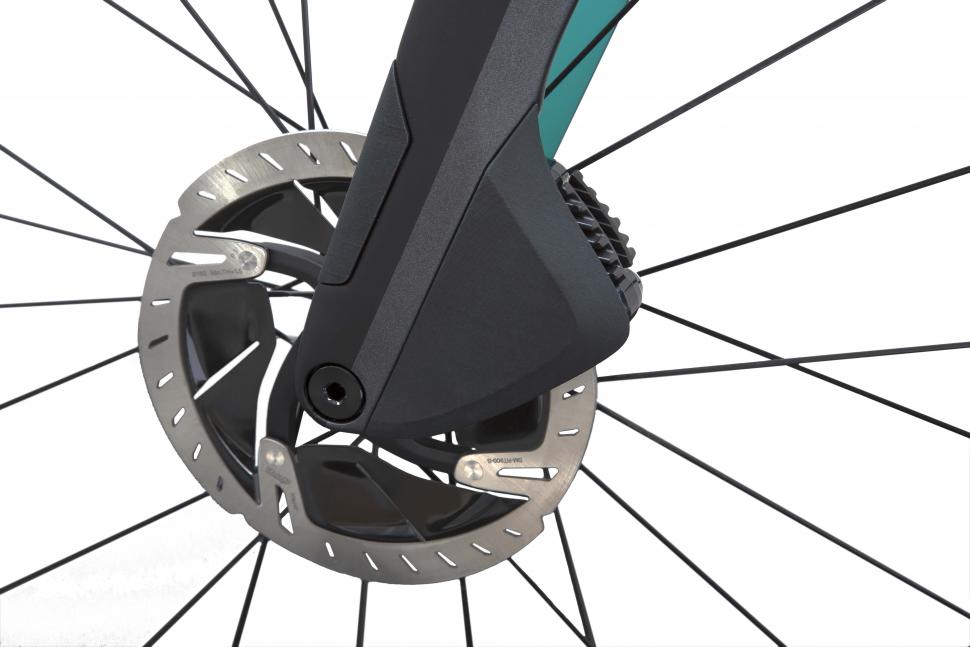 The new RZ7 range is spearheaded by the Factory Edition, a limited edition run of 100 bikes with unique graphics and individually numbered and equipped with either Shimano Ultegra Di2, Dura-Ace Di2 or SRAM Red eTap AXS groupsets. Prices will range from $6,599 to $8,479, we’ll update with UK prices once we get them.