The Vitus Pro Cycling rider came third at the National Hill Climb Championships at the weekend, and was atop a 5.5kg Vitesse Evo with tons of nifty weight-saving features...
by Jack Sexty

If you're familiar with the wonderfully eccentric annual tradition that is the British hill climb season, you'll know that the riders often go to extreme lengths to make sure their bikes and bodies are super light so they're hauling as little weight as possible uphill.

Six of the lightest road bikes

Vitus Pro Cycling rider Adam Kenway initially discussed going for the national title with his bike sponsor less than a month before it took place in Stockbridge, South Yorkshire on Sunday, and Vitus managed to get this impressive full custom bike manufactured and shipped in time for the event. 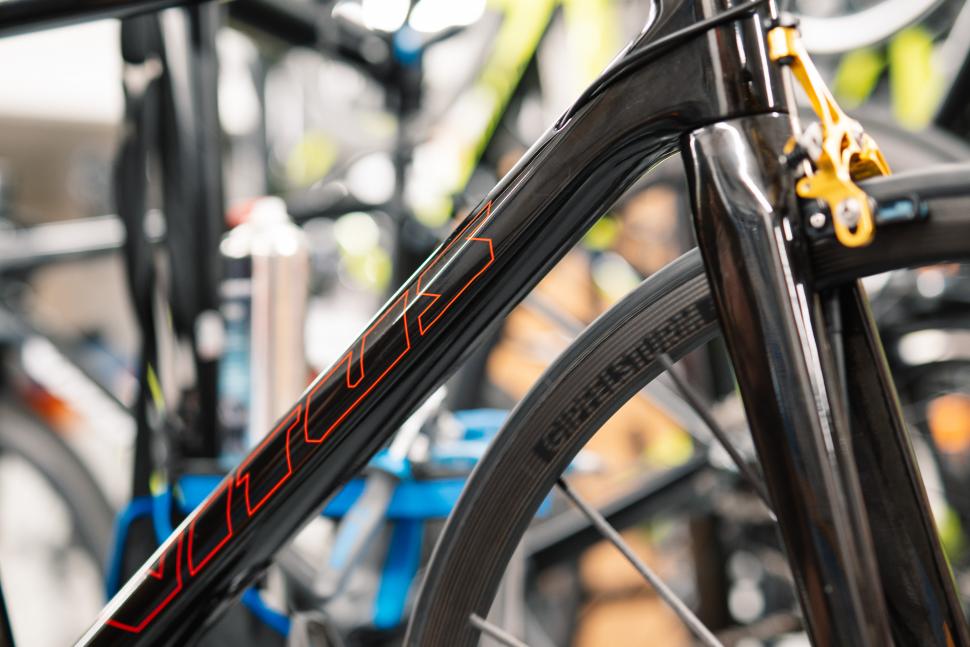 The frameset and fork are both 'Raw' versions of the Vitus Vitesse EVO models, stripped of paint with the only detailing being the hollowed out red Vitus logo; saving 200g from the original frame/fork weight. The wheels are Lightweight's Gipfelsturm, which weigh just 1075 grams for the pair, dressed with Continental's Podium TT tubular tyres. 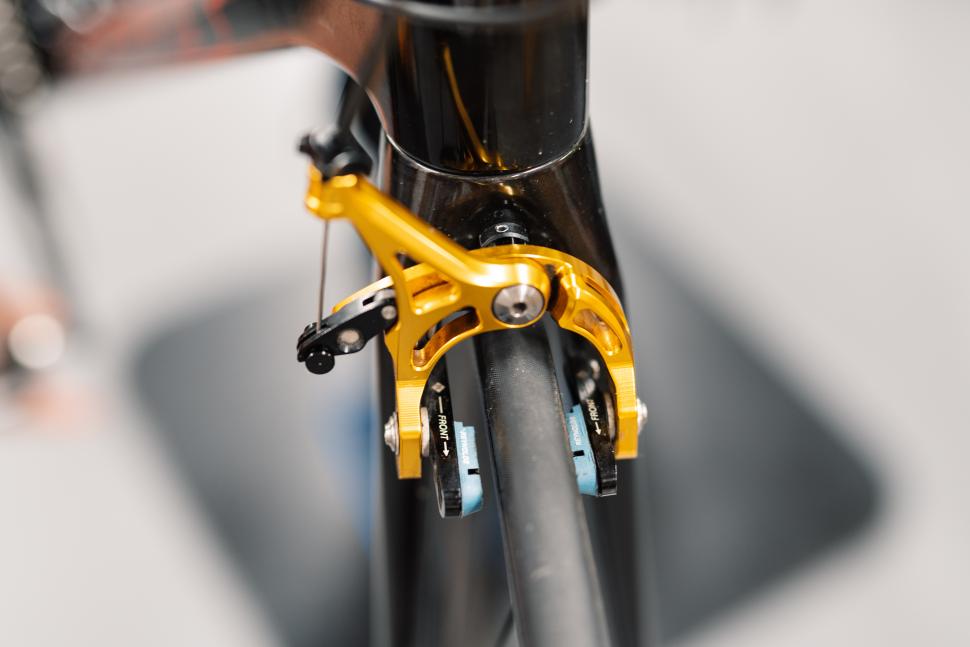 The brakes are a custom set of the (now discontinued) Planet X Ultra Light CNC calipers, with the pads cut down to save more weight. Kenway dusts them off especially for the hill climb season each year. 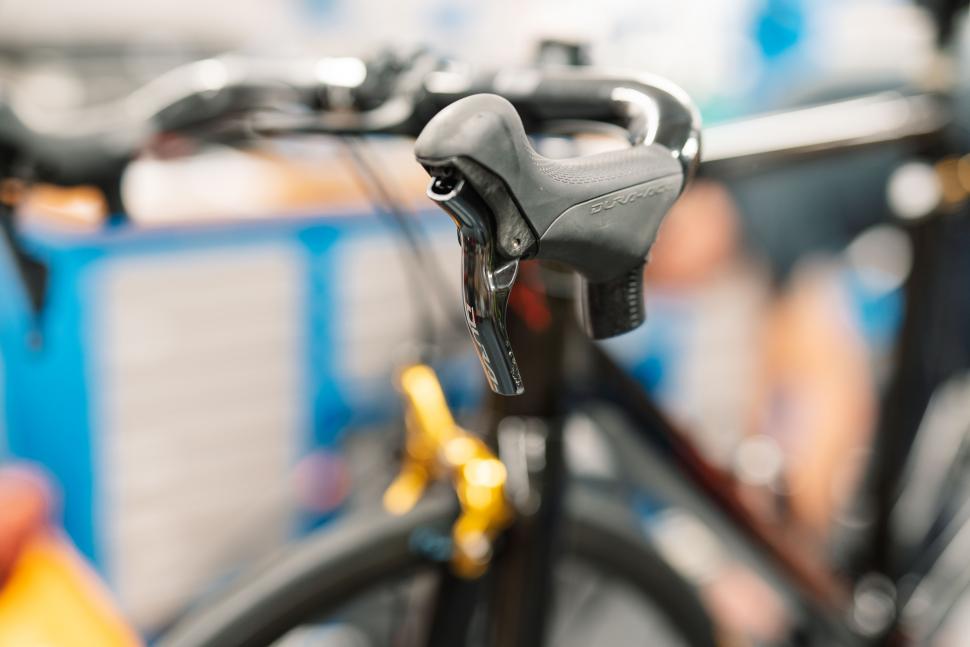 Arguably the most intriguing modifications are at the front end; the Fizik r1 bars have been cut right down, and even the left Dura-Ace brake lever has been chopped to save a couple more grams. Why not just do away with the brakes and levers all together, you may ask? That's because National Hill Climb rules state that your bike must have two working brakes, but there's nothing specifically to say you can't hack them up a little bit... A Rotor Aldhu 3D+ chainset is used with a single chainring, and above you'll see the mechanic extra carefully fitting the Sram Red chain; the reason being that it's fitted as short as possible to reduce weight from excess links. Here is the bike's full spec: 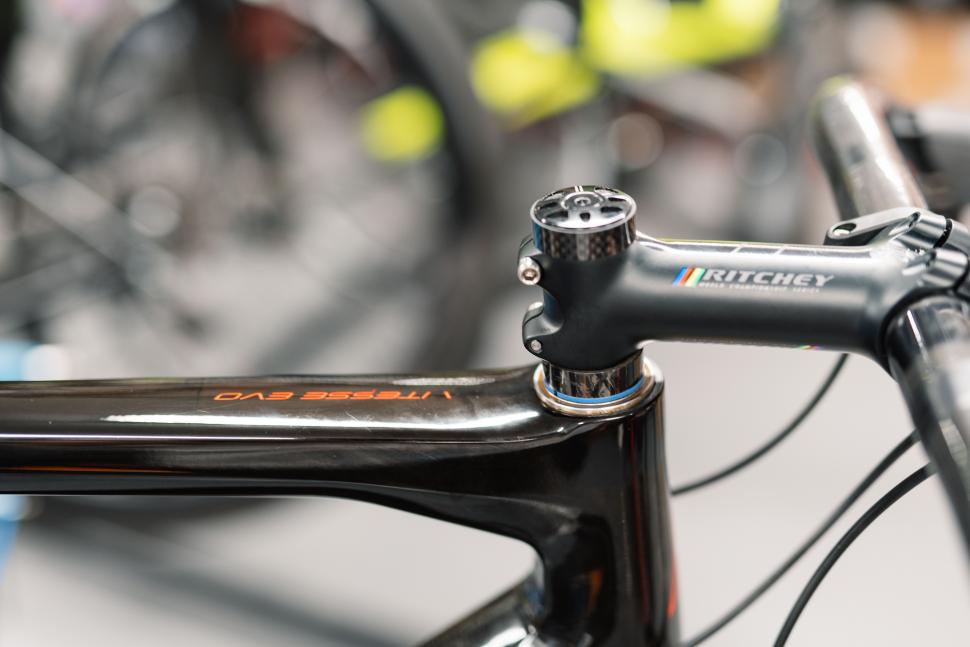 Where else do you reckon Adam could have trimmed weight on his custom hill climb machine? Let us know in the comments.