Reinventing the wheel: the Revolve folds down when not in use

An Italian designer has reinvented the wheel, the Revolve folding down when not in use to take up less space for easier portability and storage.

“Revolve occupies up to 60% less space when folded and can be used in all conditions,” says its inventor Andrea Mocellin.

With its 665mm diameter (including tyre), the Revolve is almost as large as a 700c wheel (622mm diameter) with a tyre fitted, folding to a height of 260mm.

“When folded it allows the user to store it easily at home, in a backpack, in a trolley, in a trunk or even in the overhead baggage compartment on an airplane,” says Andrea. The structure is hexagonal with six arcs around the edge that combine to produce the useable wheel. Opening and closing the aluminium frame is simple and you carry it via two handles that lock and unlock the wheel when unfolded. An airless tyre folds with the rest of the wheel. 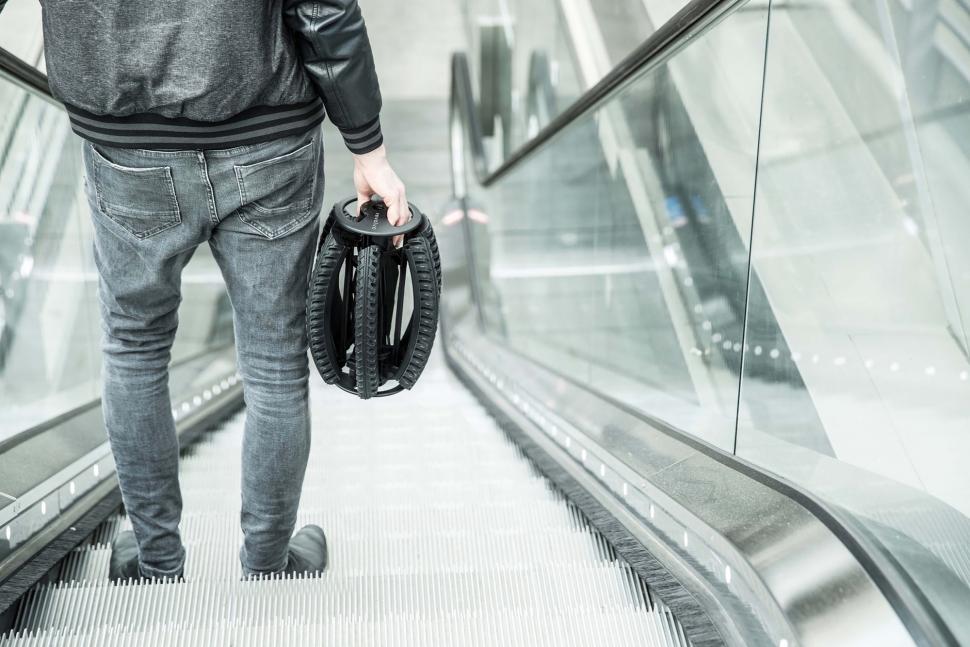 “The tyre can have different levels of softness to suit the user’s needs,” says Andrea.

You might notice that in the video it’s just the bicycle’s front wheel that’s a Revolve, although Andrea says that a Revolve rear wheel is also possible.

“I have been developing the wheel for a singlespeed folding bike with a coaster brake, and for a performance bike with a disc brake,” says Andrea.

"With bicycles, the comfort is close to that of a regular tyre, the big difference being in the case of someone who wants to achieve high performance in term of speed.

“I have tested the wheel in urban and suburban environments. The pre-production model has been mainly tested on wheelchairs, having the same comfort and performance as any other large wheel in the market.

“I have also tested it on bicycles and have had great feedback in term of solidity and modularity. The wheel has been tested for the last mile of trips (moving, for example, from the train station to your workplace). Of course, finding a partner able to produce the wheel will give more opportunity to take the next step and make the wheel suitable for long journeys.” 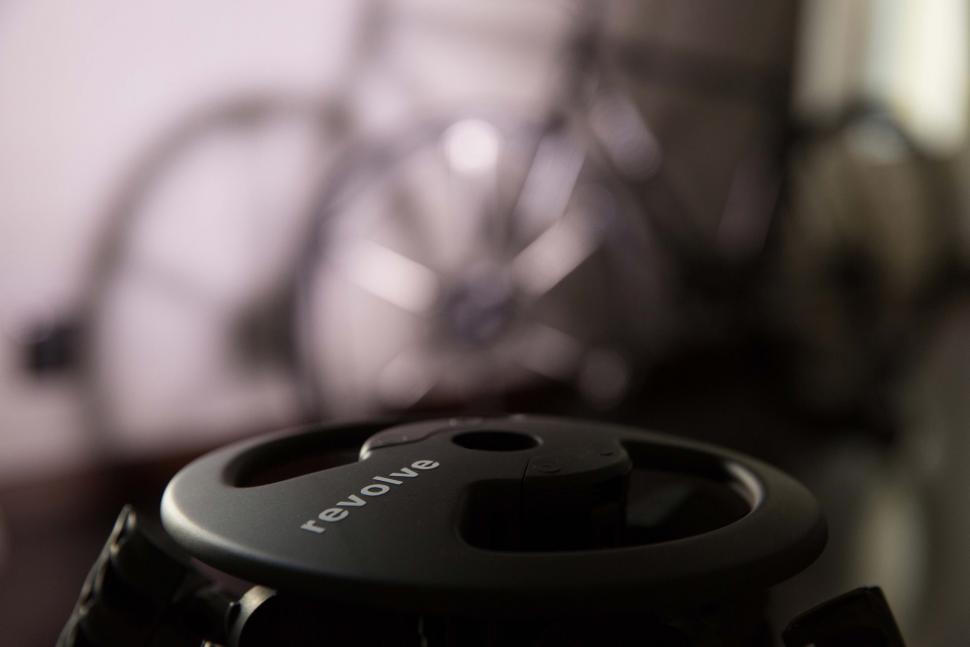 We feel that the Revolve wheel is most suited to folding bikes, a market that is currently dominated by small wheels that don't handle in the same way as large ones. We've never used the Revolve, though, so we can't comment on how it performs out on the road.

Andrea Mocellin graduated from the Royal College of Art in London with a Masters degree in vehicle design and he has worked as senior exterior designer at Alfa Romeo/ Maserati and as creative designer for car companies like Pininfarina and Audi AG.

“I am now seeking the right people to collaborate with to take the wheel to the next stage,” says Andrea.

For more info go to www.revolve-wheel.com.