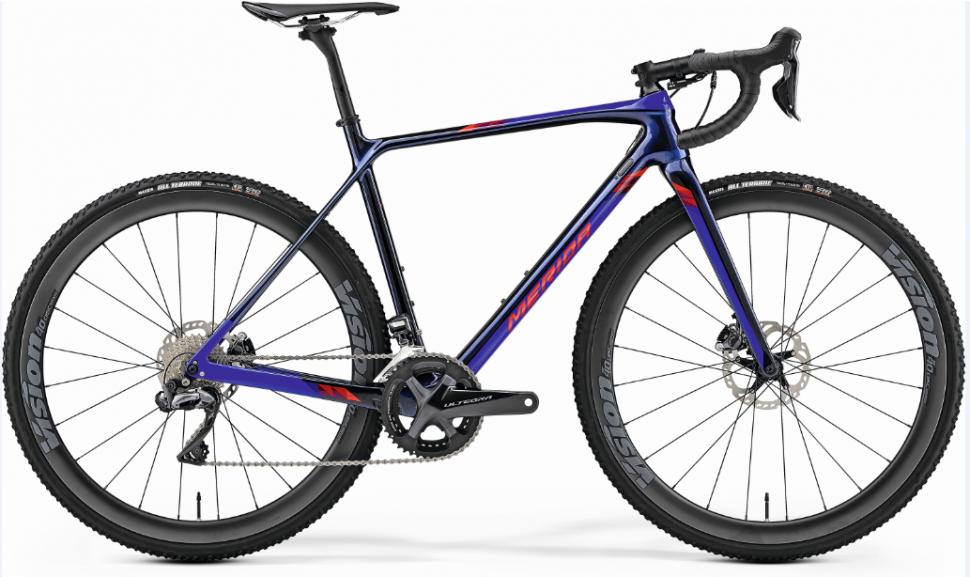 Merida have launched a brand new cyclocross bike, the Mission CX, designed to be an all-in-one machine that can be used for CX racing, training and speedy commuting. Merida's previous cyclocross bike, the aptly named Cyclocross, wasn't equipped with the latest flat mount disc brake standards and lacked some tyre and toe clearance, therefore Merida set out to design a completely new frame from scratch in the Mission CX to keep up to date with the latest tech. They've made the top tube longer, and it has 12mm thru-axles and flat mount brakes front and rear as opposed to 15mm axles and post-mount brakes on the Cyclocross. The thru-axles use a nifty 'stealth' release system with a lever inside the axle, you simply pull it out and unscrew to remove it (shown above). 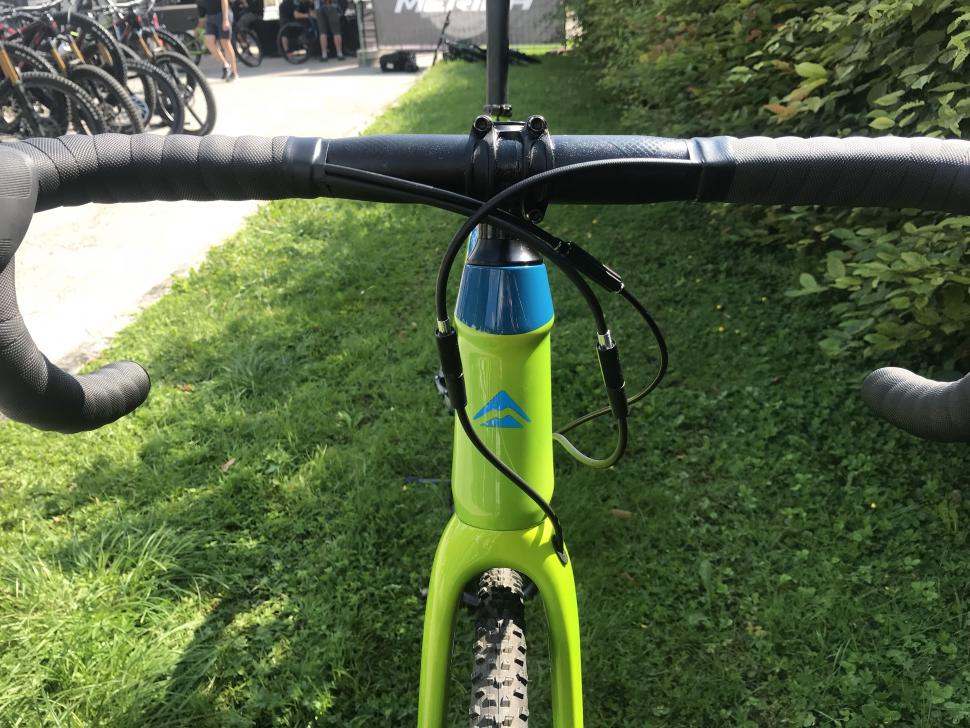 Aesthetically Merida have set out to make the Mission CX fit in with their current line-up, so there are bold colours throughout the range and also Merida's trademark chunky head tube that flares out at the top. It has what Merida call 'performance geometry', and is what you'd expect from a cyclocross bike with pretty sharp seat tube and head tube angles at 74 and 71.75 degrees respectively (on a medium frame) and a raised bottom bracket area. It's fully UCI legal so can be raced at any CX event.
Merida are suggesting the Mission CX is still a versatile bike and isn't just for cyclocross racing, and will also be appreciated by those who want a fast commuter or adventure bike (there are front and rear mudguard mounts for winter commuting duties). For those who require a more relaxed ride with slacker angles, the do-it-all Silex is recommended. Merida say the tyre clearance is 38mm, although you can get a little extra by taking off the seatstay bridge. The removeable bridge for attaching mudguards only appears on the carbon versions of the Mission CX, and although there is a bridge on the aluminium 600 and 400 versions, it's fixed. The weight of the carbon frame is just 885g and the fork is 402g, while the alloy frame is 1622g. 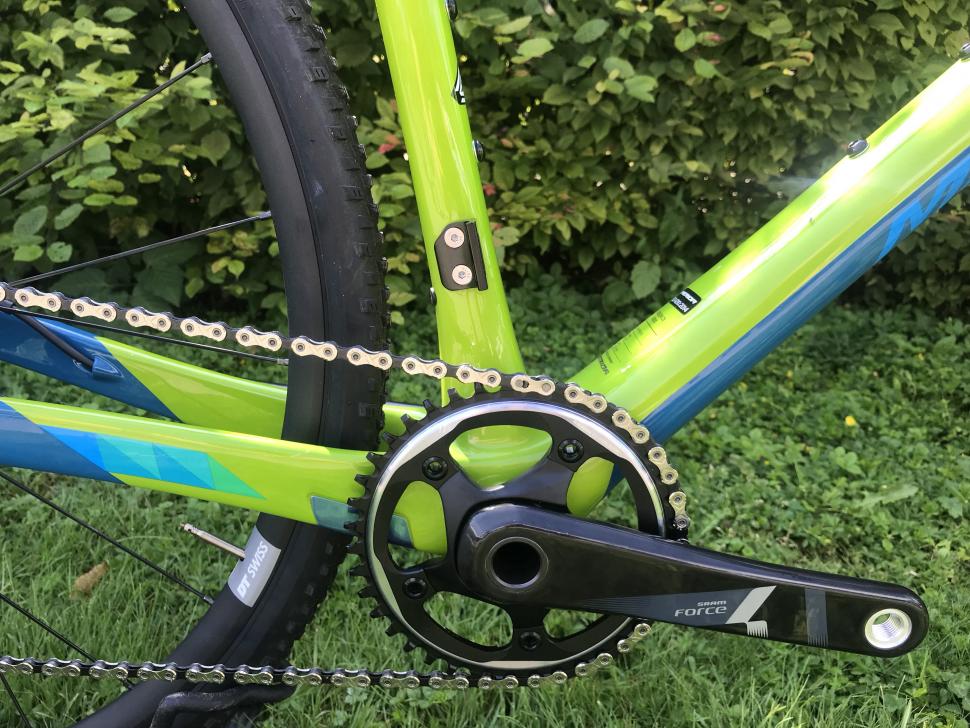 There are three versions with 1x systems, the 8000, 5000 and 600, with Sram Force on the 8000 shown and Sram Apex on the other two. The carbon Mission CX has a removeable front derailleur hanger so you can swap back and forth between 1x and 2x systems should you need to. The top-of-the-range 8000-E comes with a Ultegra Di2 2x drivetrain and the new rear clutch derailleur system to reduce the chance of a dropped chain. 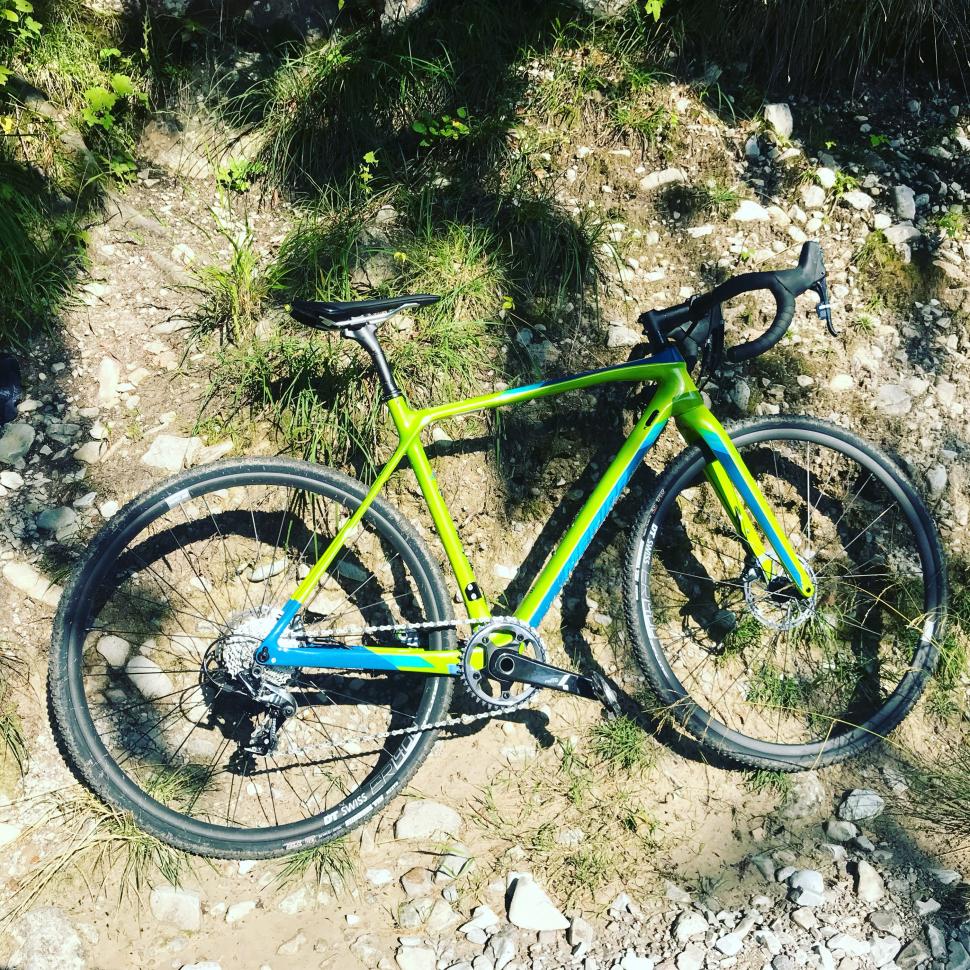 We're currently out in deepest Bavaria riding the 8000 model of the Mission CX and Merida have also brought along a whole host of other bikes for us to try over the next couple of days, so check back for some first ride impressions and comparisons with Merida's Silex soon.