Like the Dogma F10 but cheaper, with choice of three bikes UPDATED with prices
by David Arthur @davearthur

The Prince has been reborn. Pinarello has launched three new versions of the bike which used to be top dog in the Italian company's range and is heavily influenced by the top-end Dogma F10 that Team Sky are currently racing around France but uses lower grade carbon fibre to bring the prices down to a slightly more reasonable level, though not cheap, starting at £3,300.

Go back 20 years and the Prince used to sit at the top of Pinarello’s bike range, first as a scandium frame, later made from carbon fibre. In 2010 that all changed, it was replaced by the launch of the first Dogma 60.1 signalling a new direction. It led to the Dogma 65.1 Think2, Dogma 2 and eventually the Dogma F8. The Dogma 65.1 Think2 and Dogma 2 is the bike Bradley Wiggins rode to Tour de France victory in 2012.

- Design Classic: The Pinarello Dogma and how it came to dominate the Tour de France While the Dogma evolved into today’s current grand tour winner, the Prince wasn’t totally ignored. It was revived in 2015 and took up a lower position in the company’s range underneath the evolved Dogma. And for 2018 the Prince has been reborn once again and is offered in three versions, pitched as it is as a more all-round bike than the race focus of the F10.

The Prince looks like a carbon copy of the Dogma F10. We're guessing it comes out of the same mould. A key difference is the carbon fibre used in its construction, T900 and T700 compared to T1100, to ensure the price makes it a little more affordable. Pinarello also says the use of carbon “contributes to increase the impact strength and to prevent breakages.” 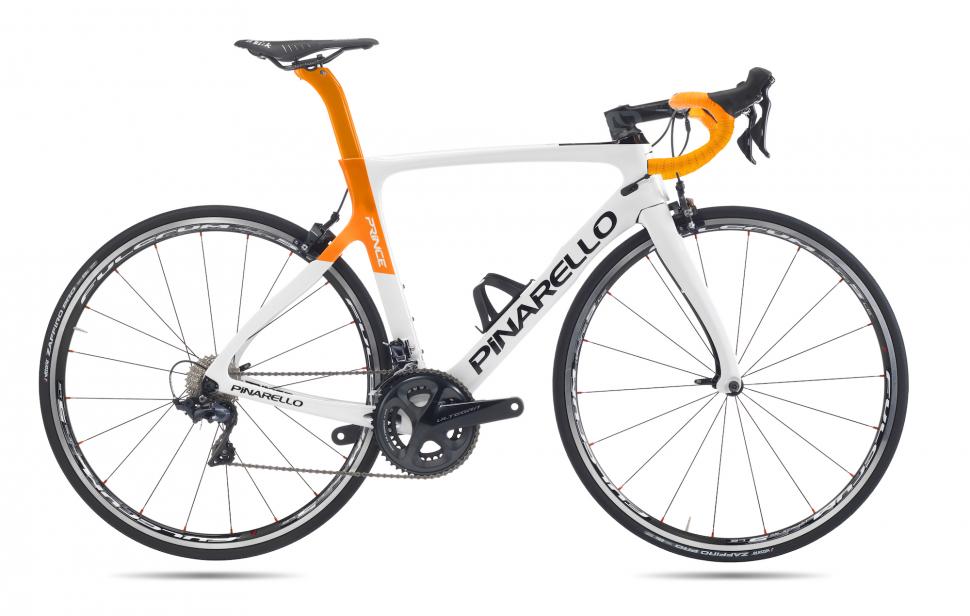 Many of the defining features of the Dogma F10 are present on the new Prince. The frame features a concave downtube to shelter the water bottles, whilst also curving around the front wheel. Frontal surface area is key to reducing drag, and the Fork Flap is designed to smooth airflow over the quick release lever. For the same reason, the head tube protrudes ahead of the fork to smooth air around the brake caliper. It’s a similar story at the rear brake. Finally, E-link is a port in the downtube for housing the Di2 junction box.

Two versions of the Prince with rim brakes have been developed, the standard Prince and the Prince FX, with the former using T700 carbon and the latter T900. 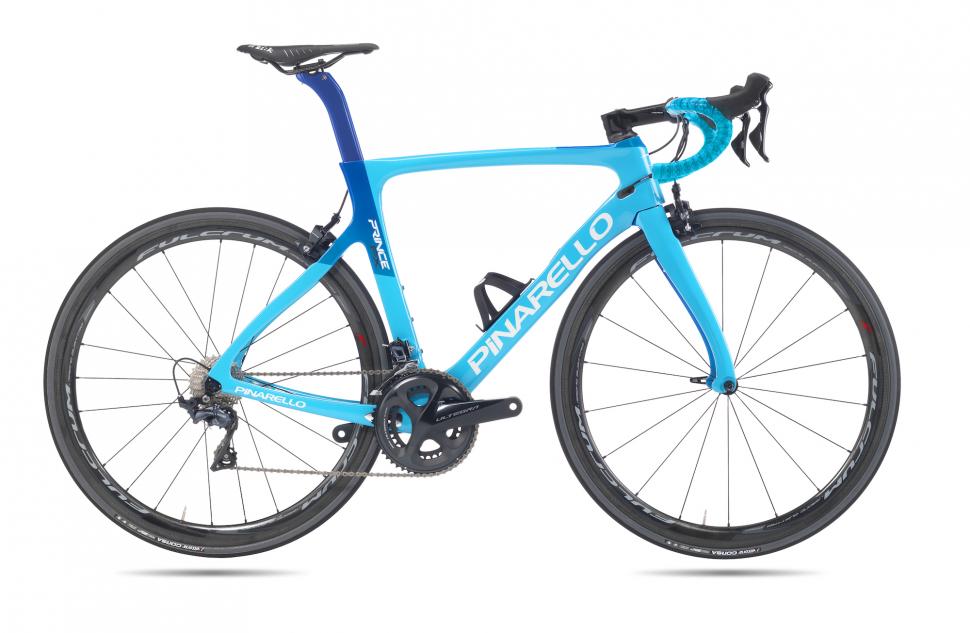 Finally we can reveal the UK prices, as you can see below. All the bikes are based around Ultegra groupsets, mechanical and electronic, the main differences and the extra you're paying for is the better carbon used in the frame construction.