This is the brand new Trek Madone SLR Discs that’s currently being ridden in the Tour de France by Trek-Segafredo's Bauke Mollema. 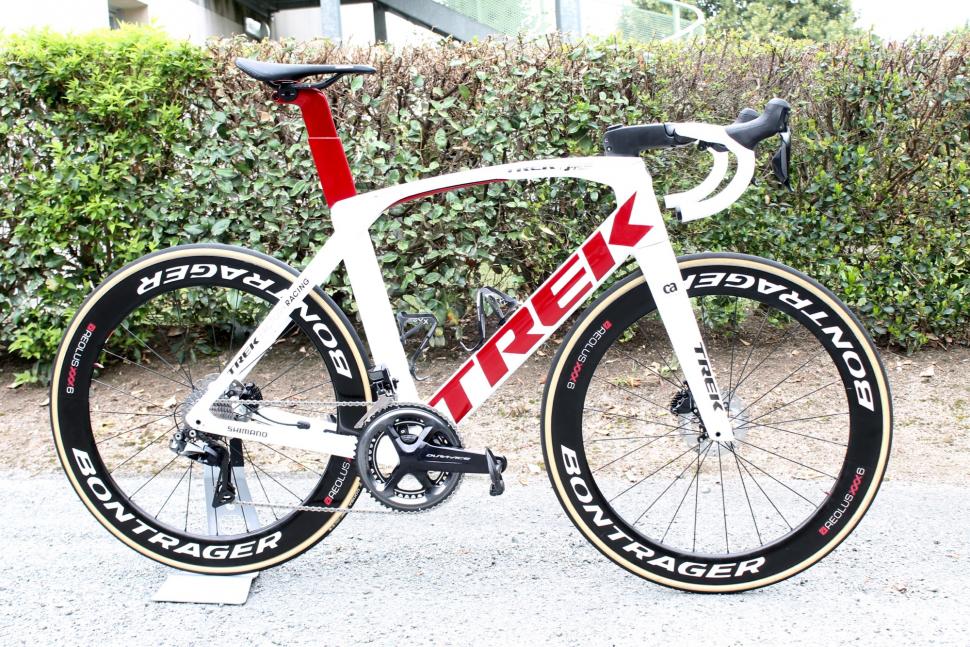 Trek announced a hugely updated Madone range a couple of weeks ago, with adjustable IsoSpeed (more on that in a mo), a new geometry and disc brake models. The rim brake version is lighter than the disc brake model, as it always is, and they're equally aerodynamically efficient, according to Trek.

The new Madone will be available in a top-end SLR version – which is what the pros ride – and in a slightly more accessible SL version.

Check out our story on the new Trek Madone here.

One of the most important new features is the adjustable IsoSpeed. Trek first brought in IsoSpeed on the Domane a few years ago and added it to the last incarnation of the Madone.

IsoSpeed is a design that “maintains the diamond-shaped frameset geometry but ‘decouples’ the seat tube from the top tube, allowing the seat tube to flex with the forces of the road” (Trek’s words). The idea is that it smooths the ride, adding comfort and reducing fatigue. 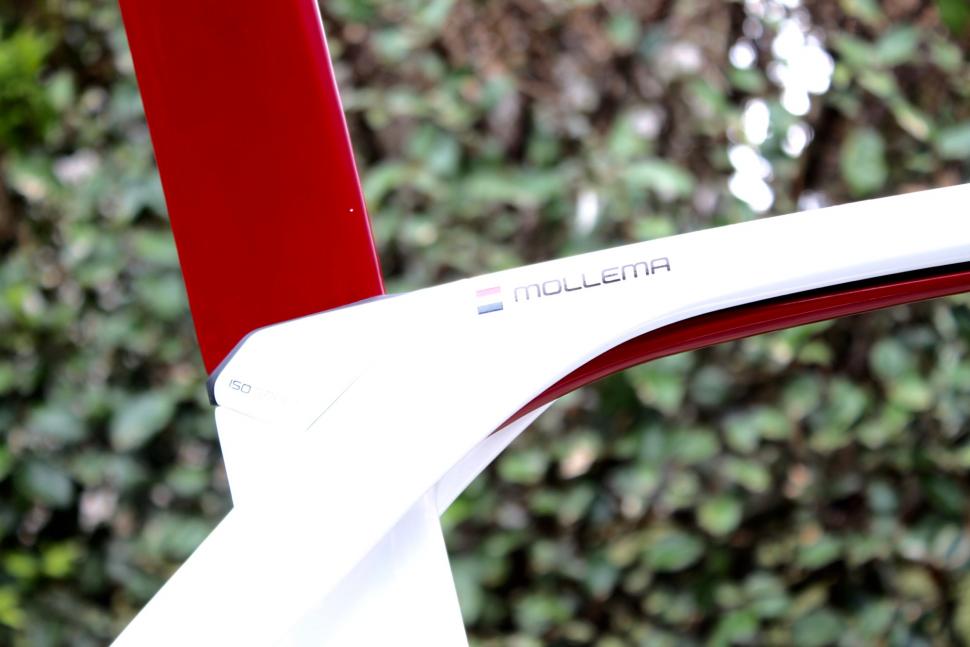 This time around Trek has brought in a what it calls Adjustable Compliance Technology. Adjustable IsoSpeed was first released on the seat tube of Trek’s Domane SLR.

“The Madone Adjustable Compliance Technology [comprises] two frame elements integrated into each other just like the Domane SLR, but has been rotated into the top tube for aerodynamic advantage,” says Trek.

Did you get all that? 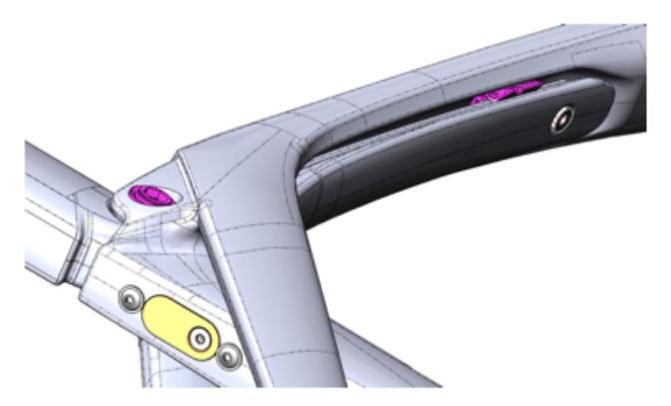 According to Trek’s figures, the new Madone is capable of both more compliance (+17%) and less compliance (-22%) than its predecessor, depending on where the slider is set.

The Madone SLR also features a damper to help control rebound of the seatmast. In other words, the speed at which the seat tube returns to its usual position after flexing is now regulated, the idea being to keep the ride feeling smoother and more stable.

“When the seatmast element is loaded during an impact event at the saddle, it creates counter clockwise rotation when viewed from the perspective of the driveside of the bike,” says Trek. “This motion unloads the damper slightly and prepares it for the rebound event. As the seatmast begins to rotate back, the damper is re-loaded, thus slowing the motion and absorbing the rebound energy.”

Trek says that it has focused massively on aerodynamic performance in the development of the new Madone, using both CFD (computational fluid dynamics) software and wind tunnel analysis to arrive at the final design, although that has had to be balanced against the addition of adjustable top tube IsoSpeed, a new geometry, updated components, the addition of disc brakes (on some models) and the desire to keep the weight low. In other words, Trek hasn’t gone after aerodynamics at all costs. 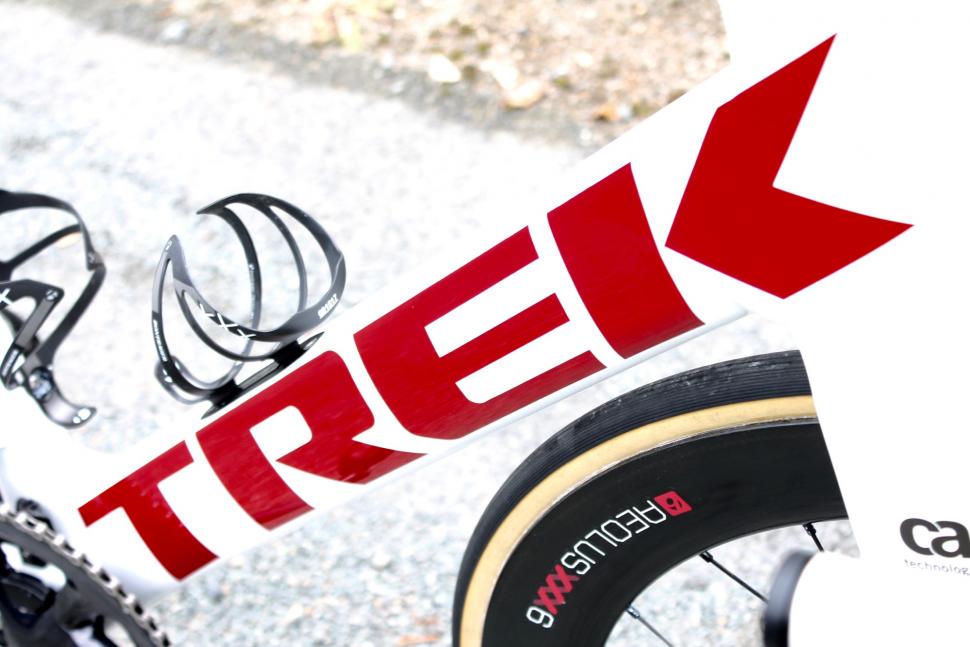 Trek’s aim was to maintain the aerodynamic drag performance of the 9 Series Madone (within 30g) across an averaged -12.5° to 12.5° yaw sweep, and it says that it has achieved this.

Whereas aerodynamics pulls a frame design towards narrow tubes, the need for stiffness and light weight pushes it in the opposite direction so there’s always going to be something of a balancing act there.

Trek says that its goal for the rim brake version of the Madone SLR was to reduce or maintain the weight of the 9 Series Madone (7.1kg) while adding several new features, and that the disc brake bike was assigned a target of 7.5kg. Trek says that it met these objectives. 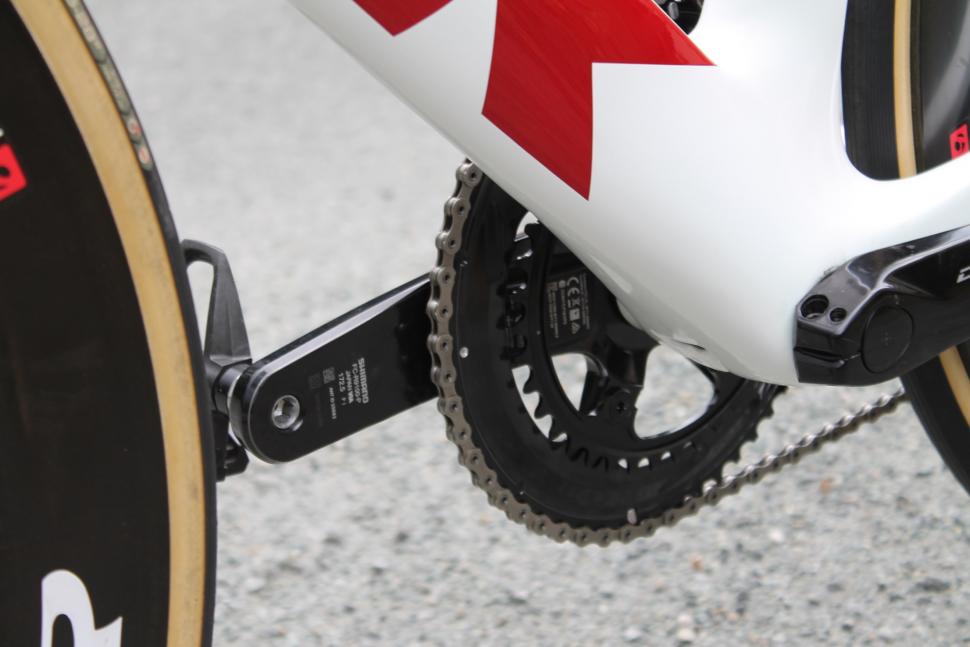 The 9 Series Madone was available in two different geometries: low and stretched H1 and slightly more upright H2. The new Madone SLR comes in a single geometry called H1.5 which, as you'll have guessed, sits between the two. Frame stack (vertical distance from the centre of the bottom bracket to the top of the head tube), reach (horizontal distance between those two points) and head tube length have all been changed. 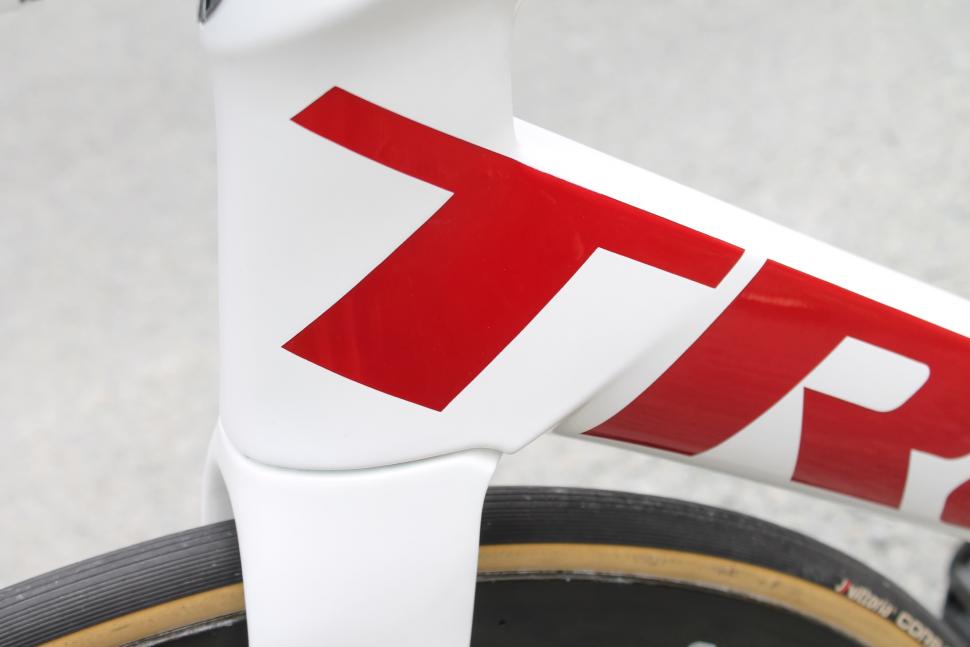 Most 9 Series Madone models came with a combined aero handlebar and stem but the Madone SLR features a two-piece system – still proprietary – with more stem options (90mm to 130mm lengths, and -7° and -14° angles), additional bar sizes (38cm to 44cm) and +/-5° of bar rotation. 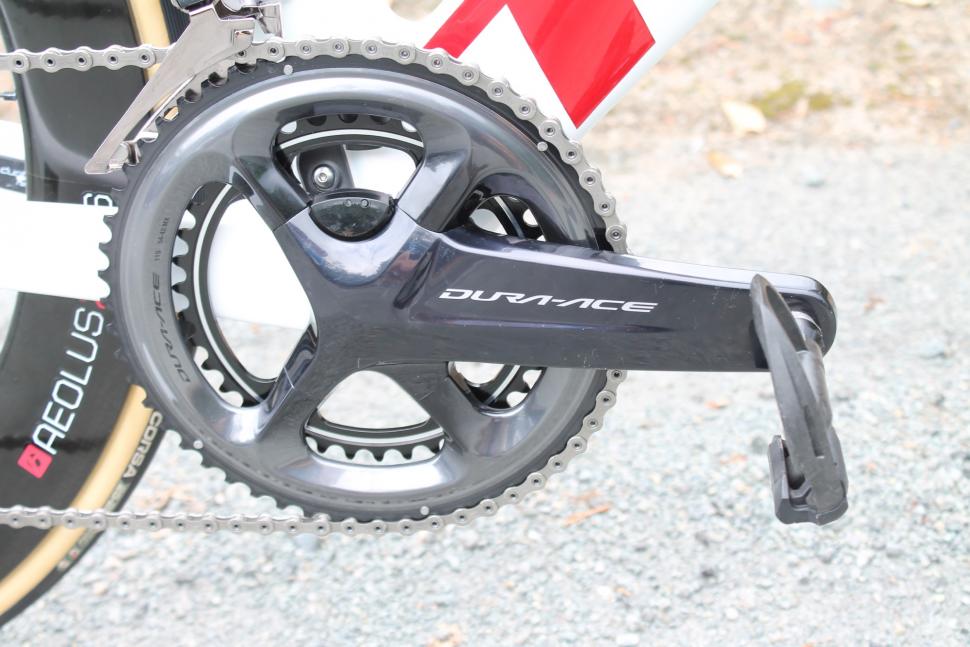 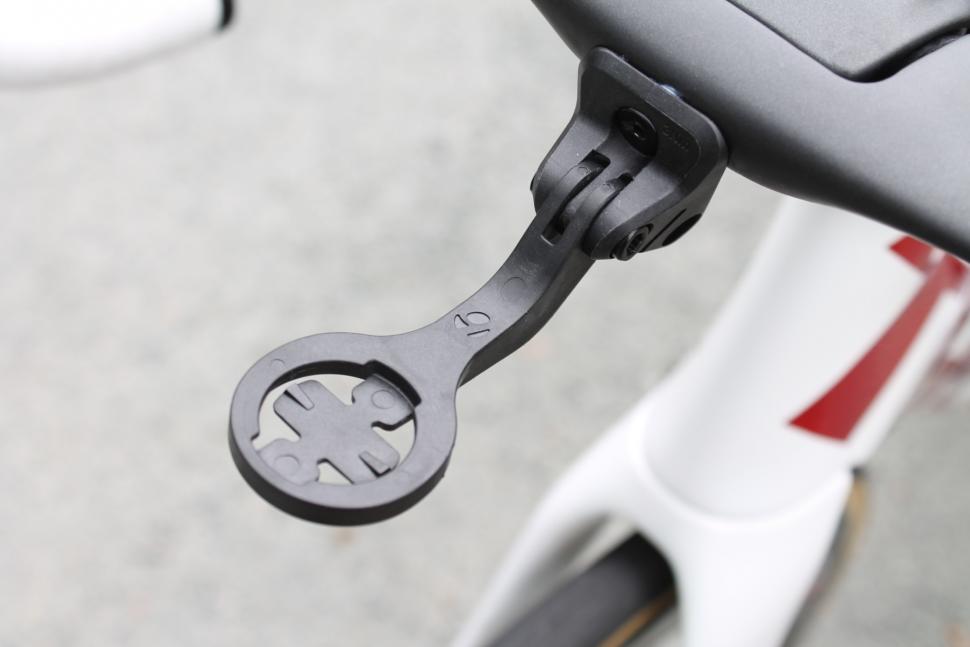 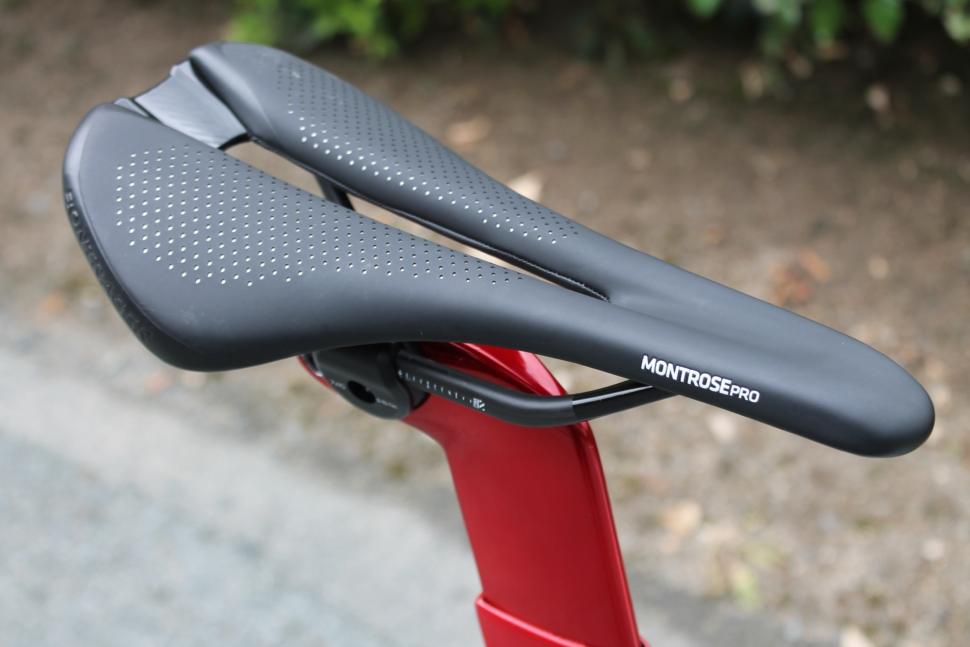 The only exceptions are the Vitorria Corsa tubular tyres in a 25mm width. The disc brake version of the Madone SLR will take tyres up to 28mm wide.

For more info go to www.trekbikes.com.

Head to our special Tour de France Tech page for more info on the bikes and equipment being used in the world's biggest race.