Don't want to put your expensive bike on a turbo? Then recreate it on the 'possibly' not quite as expensive Tacx Neobike smart trainer
by dave atkinson

Tacx had the Neobike Smart at Eurobike last year, but it wasn’t rideable or anywhere near production. This year it’s basically ready to go, with the first production units expected in October. The price will be around €2,600, so it’s a fair bit more expensive than competitors such as the Wattbike Atom, but it has some features that mark it out. 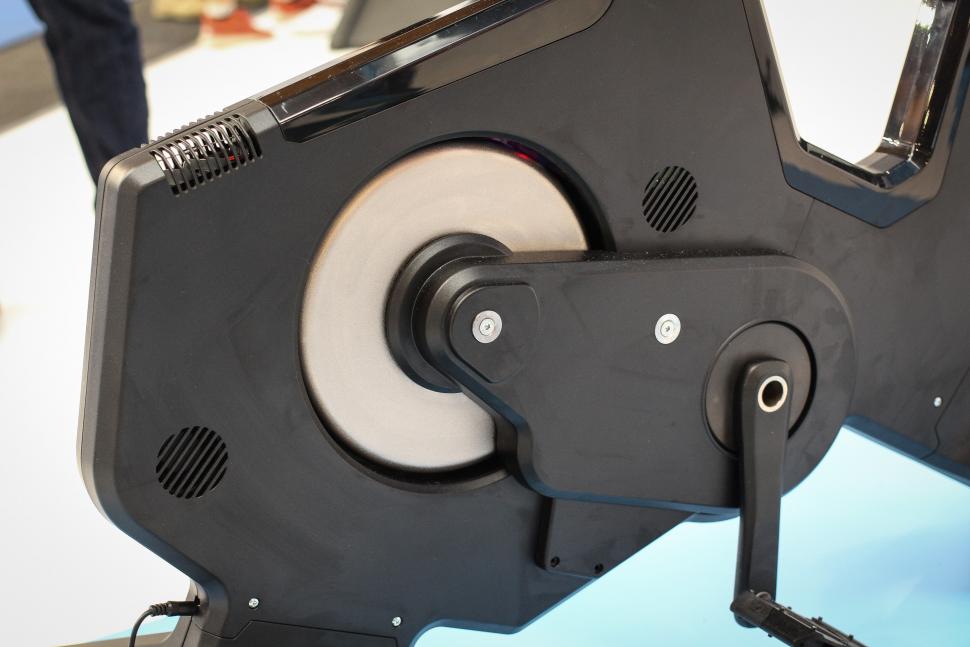 Six of the best smart trainers

The resistance unit is the same as you’ll find in the well-regarded Tacx Neo smart trainer. The bike pairs that with belt drive internals and the resulting bike is very quiet in use. You can plug it into the mains but it’ll also generate its own electricity, although we’re struggling to think of many reasons why you’d be using it too far from the mains. 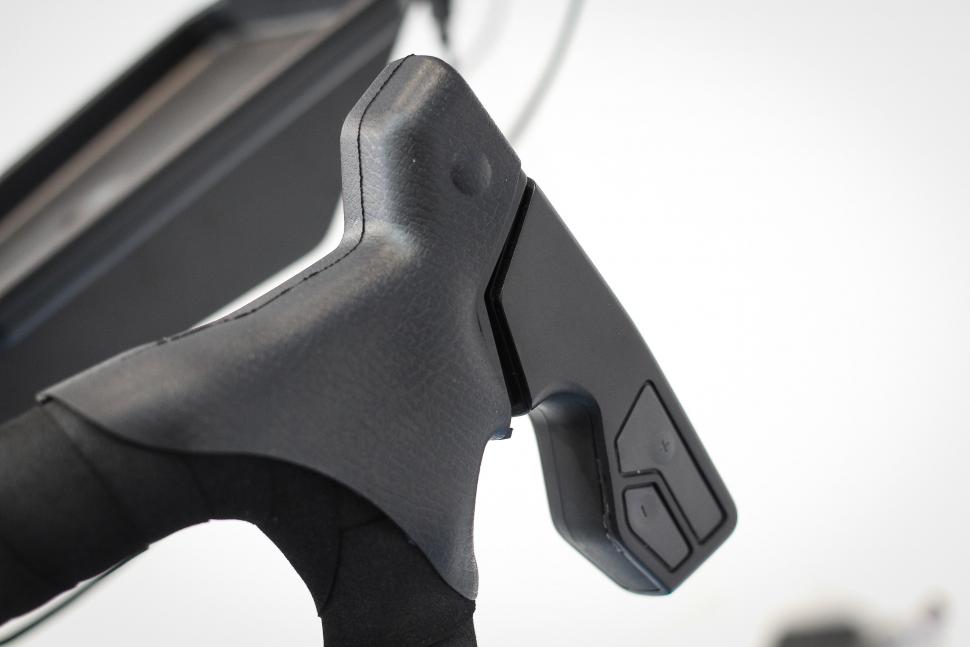 The Neobike uses virtual shifting and you can configure the gears any way you want, so you can set up the trainer to exactly match what you’ve got on your road bike. Tacx say that the gear shifting is ‘instantaneous’ and it’s certainly quick, with dummy levers allowing you to move up and down the gears using switches about where you’d find the Di2 buttons on a Shimano lever. First impressions were that they weren’t that easy to locate, but at least you won’t need to use them wearing gloves… 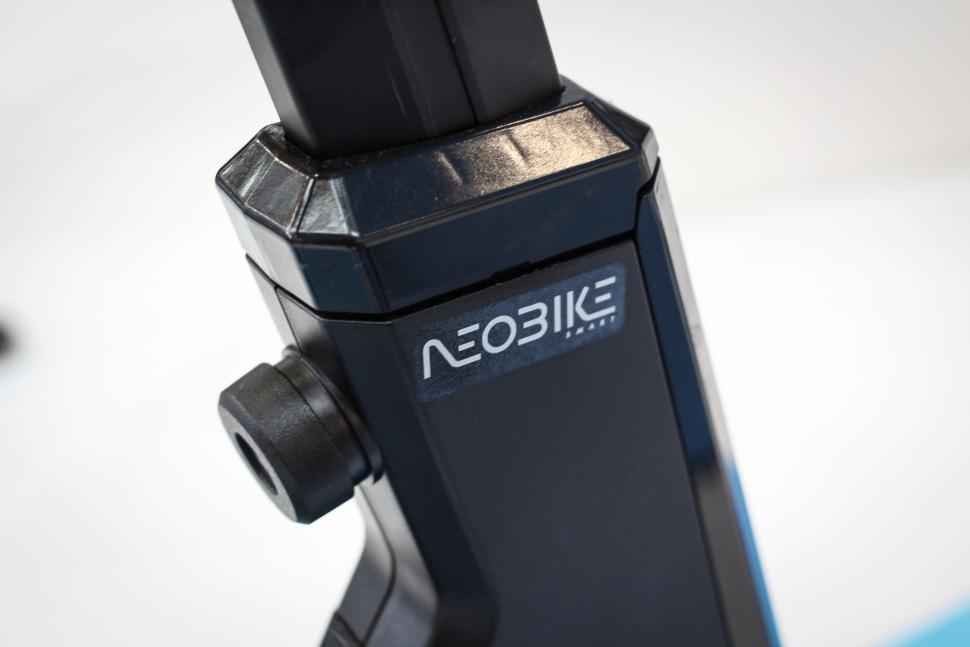 The bike’s position can be finely tuned; the production bikes will have markings so that you can easily re-find your correct position if more than one person is using the bike. The cranks have an insert that allows crank lengths of 170, 172.5 and 175mm. 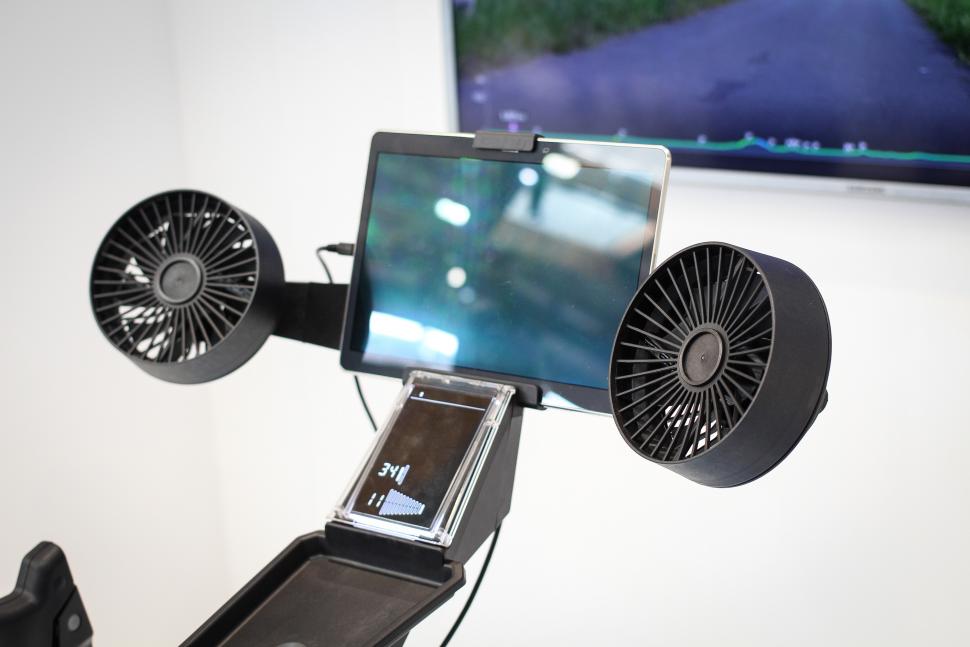 At the front there’s a tablet holder for your favourite indoor training program, and two optional fans. You can configure them to be on all the time, or kick in at a certain speed, power or heart rate. There’s two USB ports hidden in the front console so you can charge your tablet as you’re riding. 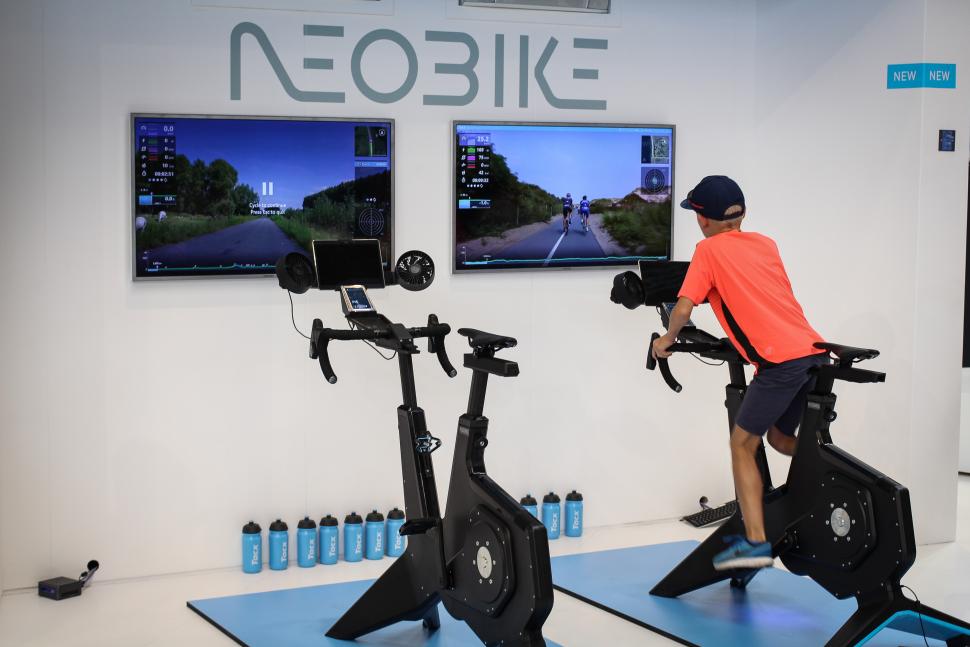