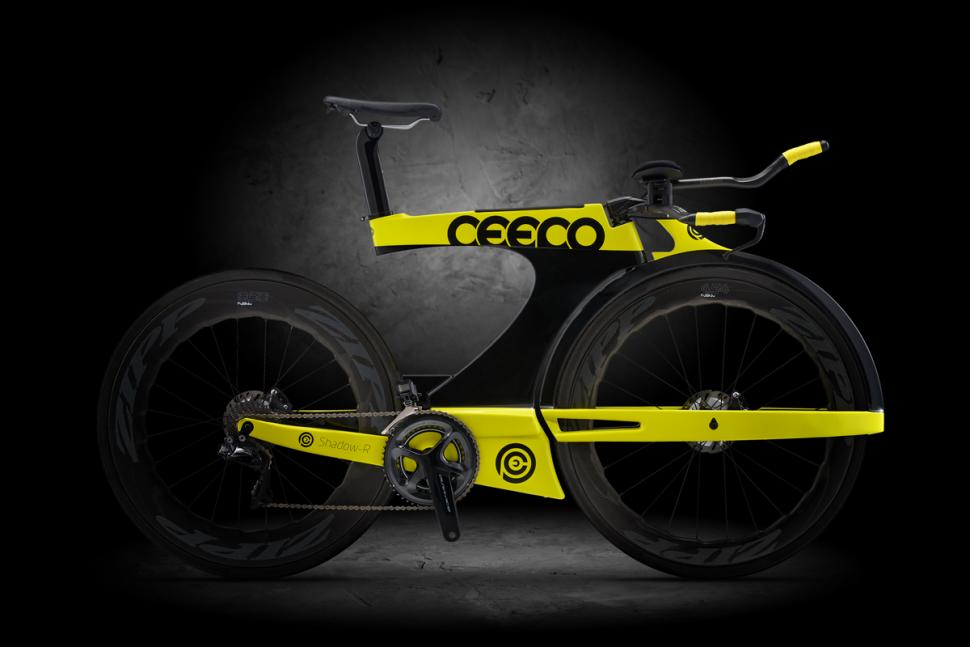 The Shadow-R laughs in the face of UCI rules, with its beam-shaped design and 'SideFork' fairing across the front wheel, which they claim actually improves comfort
by Jack Sexty

The Japanese tri-specific bike brand Ceepo have launched one of the most radical bikes of the year so far at Eurobike, the Shadow-R. With a beam frame design, plus the unique 'SideFork' at the front to improve aerodynamics, this is a bike that would make the UCI wince.

Ultimate superbikes: 13 of the most expensive production road bikes in the world

Say what you like about triathlon, but its increased popularity and relaxed rules on bike shapes and geometry has certainly thrown up some crazy shapes recently, with brands pumping cash into tri-specific designs; think Cervelo's P5X, or Diamondback's Andean. The Shadow-R might just be the craziest yet, and Ceepo say there's more to that front fairing than just aerodynamics; it's designed to dampen road vibration too, providing a functional horizontal alternative to the traditional front fork. There's also a fairing over the front tyre that leads into a headtube, and a gaping hole between this and the frame. While it looks convoluted from the side, from the front the wind sees very little, as you can see in the pic below. 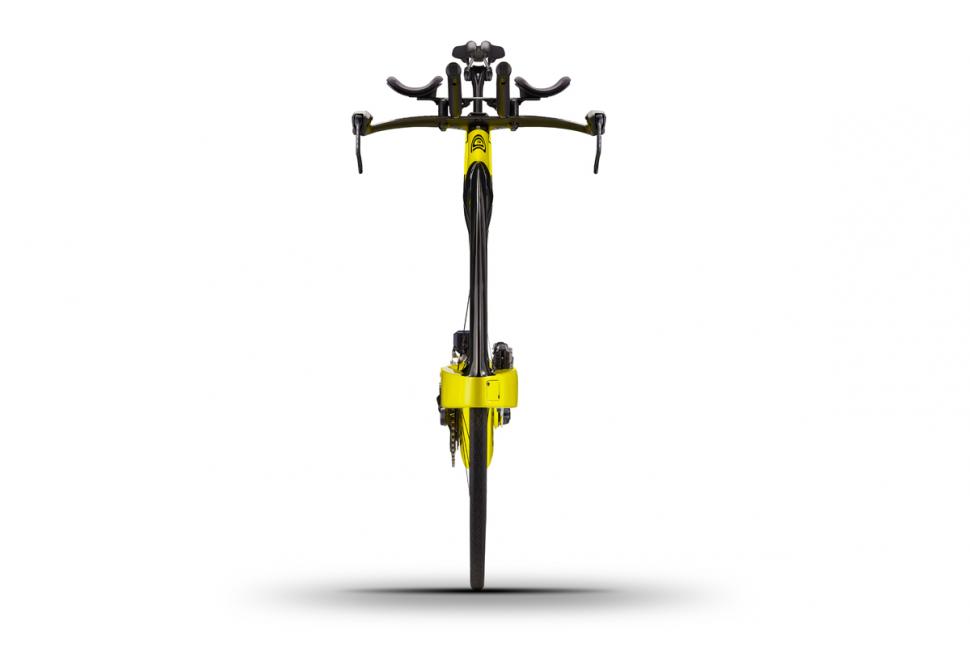 The tubes are truncated and the entire frame weighs 2.2kg, not light but then again there is quite a lot of it. The huge slab of carbon in front of the bottom bracket has a storage solution inside for tools, and there's also an integrated bento box on the top tube. The bottom bracket itself is lowered for better high-speed stability and better overall aerodynamics, using the EVO386 standard. It's compatible with all electronic groupsets from Shimano, Sram and FSA, and can also take a Sram 1x system. A twin position front derailleur means the Shadow-R can fit almost any sized chainrings from 56T right down to a 50T compact. 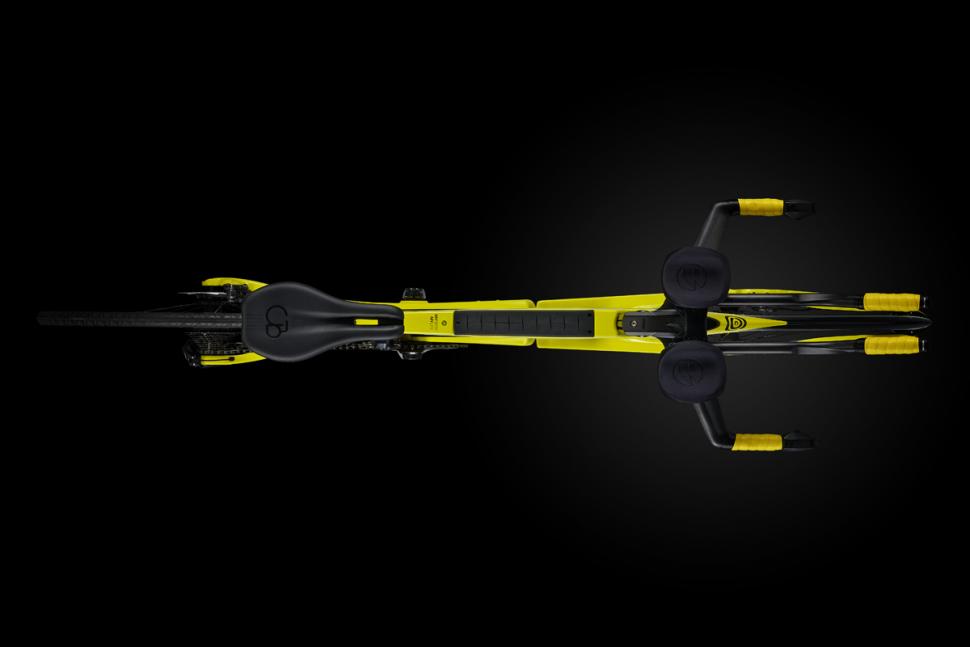 Braking on the Shadow-R is disc-only, and it can take mechanical or hydraulic systems. Ceepo say it can take 28mm tyres "with room to spare", and the seatpost is also reversible.

We haven't got prices or availability yet, but it's safe to predict you'll be SideForking out a fair bit of cash for the Shadow-R if you're convinced it's the bike for you...